It’s a crazy time, no doubt. No one could have guessed the speed at which this COVID-19 crisis arrived on our doorstep, from one death in mid-January in China to a global Pandemic one month later, that is unless you were a hedge fund manager called, Paul Singer of Elliott Management. Why is it the financial guys always see shit coming first? If you’ve been sitting at home for the past few weeks trying to adjust to the “new normal” but also doing your best to figure out when this damn thing is going to end then don’t despair, repeat after me, “masks work, but they don’t work, but they do work, but they don’t work, but they do work.”
Suffice to say, no one knows anything, yet we keep exchanging harsh glances with strangers in public when they toe over our prescribed 3 meters.  So while bunkered down in my apartment, I thought it could be useful to put together a piece which looks at the quirkier side around this crisis. Some oddball notes, some crazy facts and some crazy ideas for masks. Don’t try them at home.

1. One thing you can be sure of, COVID-19 has changed the way we communicate. We use our feet to shake and our phones to say hi. We’ve adopted homemade gyms, and our world has more or less shifted from the outside to indoors. One thing I do know that hasn’t changed,  the incredibly odd behaviour of humans. 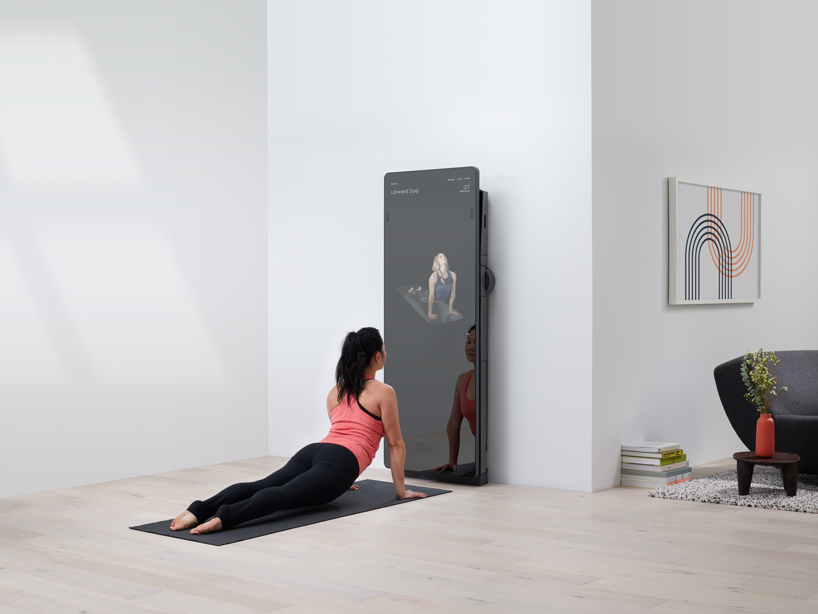 2. It has been reported that 77,000 people have effectively been saved from COVID-19 in China because the lockdown caused an enormous drop in air pollution. Two months of pollution to be exact which “has saved the lives of 4,000 kids under 5 and 73,000 adults over 70 in China,” says Earth Systems professor Marshall Burke. Sound has also dropped in many cities, look at this incredible graph in Paris. 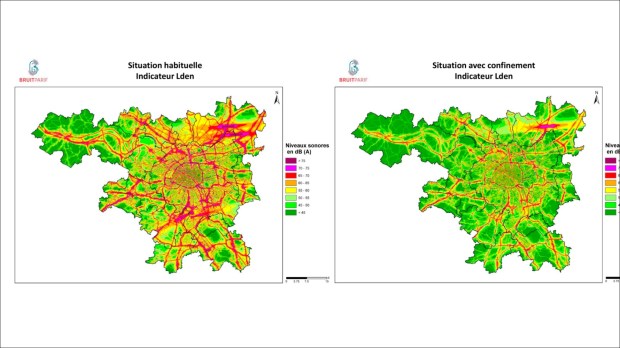 3. You might have heard about Sweden being an outlier amongst a world in lockdown. This is where I’m based, and let me tell you it’s a strange juxtaposition between embracing Scandinavia’s enlightened reputation and also realising that is might all turn to shit in a matter of minutes. Many variables go into why Sweden has decided to behave this way. On top of its list, it is said, the public have a reliable, trustworthy relationship with its health agencies; it also has a very low population density. You’d be amazed at the level of incompetence demonstrated by large groups of people; it continually amazes me. Yet while the world is closing its curtains, we have decided to frolic in the park.  Only time will tell, right? As I write this, Sweden sits on the cusp of 900 deaths, much higher than its Nordic counterparts.

4. There is a place where affluent people go to hide at times like these, its called the Hamptons. One person, who freaked out during this crisis was textile tycoon named Joe Farrell he ended up paying $2 million for a 17,000-square-foot rental mansion in the area from March through to Labor Day. These houses usually go for anywhere between $200,000-$750,000. Do I need to say more? Oh, yes, I would like to. The irony? Long Island is now one of the worst-hit areas in the state.

5. While humans run and hide, nature has found a way to slowly return to life, bringing its wild irreverence into our high streets and cities. Dolphins have returned to the canals of Venice, wild boar have descended onto Barcelona, and mountain goats have begun charging their way into villages across Wales.

Venice hasn’t seen clear canal water in a very long time. Dolphins are showing up too. Nature just hit the reset button on us pic.twitter.com/RzqOq8ftCj

Even more incredibly, crime has substantially dropped globally. In Chicago, one lawyer told AP Press, “that criminals aren’t able to move, to sell anything anywhere,”.  Across Latin America, crime is down to levels unseen in decades, even in the most violent place on earth, El Salvador reported an average of two killings a day last month, down from a peak of 600 a day a few years ago.

6. It could be down to your blood group. What we know of COVID-19 is still quite limited, it is a virus that has potentially been hibernating in humans for a long time, but since being activated, scientists around the world have reported a potential correlation between your blood group and the disease.  On medrxiv, it states, “blood group A was associated with a higher risk for acquiring COVID-19 compared with non-A blood groups, whereas blood group O was associated with a lower risk for the infection compared with non-O blood groups.”  This is one of those studies that need more investigation and peer-reviewed analysis.

7. The worlds best are rallying together to help find a cure. It started with China posting the code in early February for the virus, then the world’s best brains joined in. Every infectious diseases lab on earth is leaning into to find a cure. More than 200 clinical trials have been launched, bringing together hospitals and laboratories around the globe condensing, “a 5-10 year vaccine development process into 18 months”.  For a behind, the scenes look at this heart-warming global cooperation effort check out this podcast.

8. Masks work, we think? This is an issue that has volleyed back and forth in the public domain for months now. The World Health Organisation says no, but rather give them up to the healthcare workers and those working on the frontline. That the virus is NOT airborne, Even in Asia, when the crisis first erupted austerity on masks was encouraged, and they seemed to flatten the curve. So the growing evidence is that it helps slow down the virus because it diffuses its intensity. If it’s all too much, then do what I do, place an avocado peel on over your mouth and take a nap. 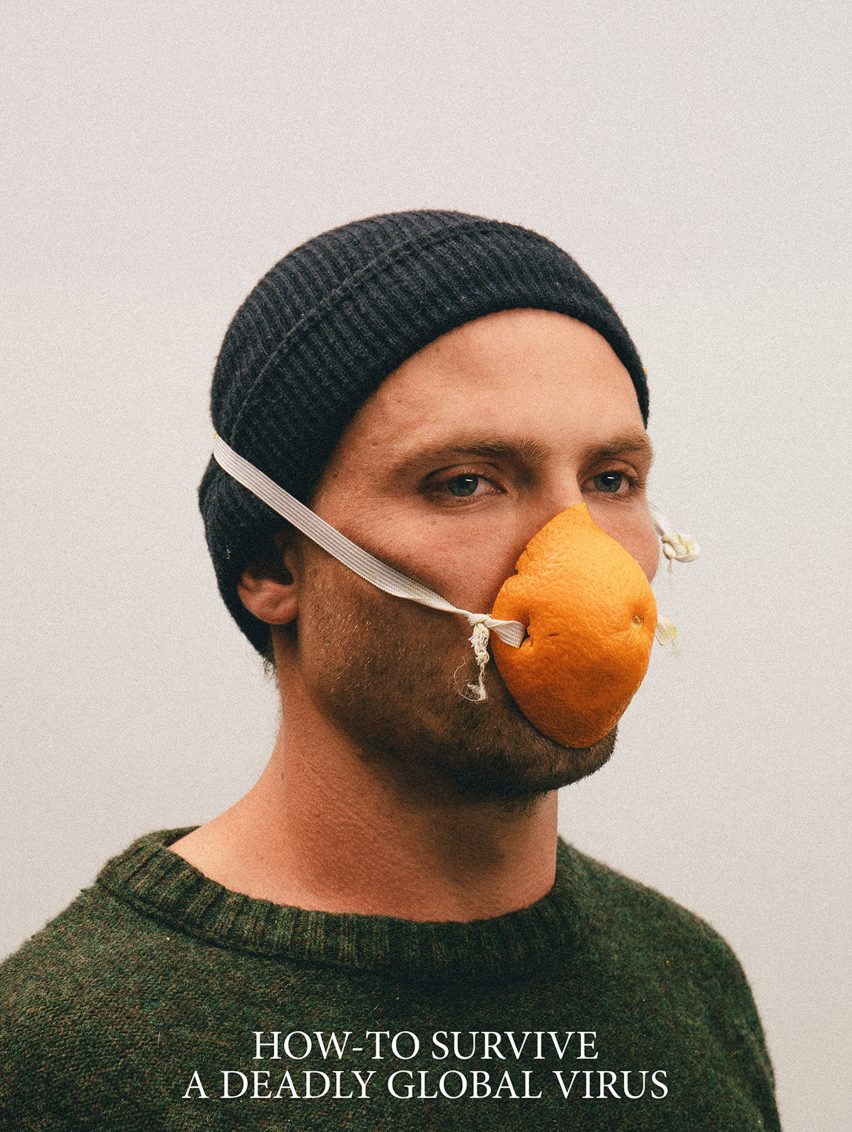 9. The Philippines is one place you don’t want to be in lockdown. He was crazy to begin with, but this crazy time suits him so well. The word is that Rodrigo Roa Duterte, President of the Philippines has issued a national order which is, if you disobey lockdown you will be shot. Kind of an overreaction, wouldn’t you say? But then again that would eliminate the virus.
I’d rather revert to Australia’s strict measures, fining people up to $1600 (£800). How about Belarus where they just basically don’t give a shit. In fact, their Prime minister said, drinking vodka, driving tractors, and jumping into saunas will help in the fight. Maybe he’s been drinking the alcohol in the hand sanitizer, There is a name for it, ‘hand sanitrippin’

10. 5G causes a lockdown? This is insane, pure and simple. 5G has been the culprit of many conspiracy theories over the years, some of it substantiated by the scientific community most of it horse manure. It’s up there with Pizzagate. But nothing beats this whopper of a rumour that has been circulating for some weeks, the theory that 5G caused COVID-19, what will they say next? Don’t answer that.

As a slow drip intellectual magazine, we know how speed reading your way through this crisis might help you.  We feel it is our responsibility to try and be sensible in the information that we disseminate. Drowning in negative or false information is just not helpful. Try and not make yourself susceptible to information that sits in the cracks between fact and fiction. There is a ton of it.

There are several sources which I use that are undoubtedly helpful in the fight against fearmongering. The World Economic Forum is equivalent to an expert forum; they only rely on the best experts, Axios is great data graph based site, Bloomberg is quite useful, even though a predominantly financial channel, they have a non-sensationalist approach, last but not least, the New York Times. You might hate it or love it, but they pour endless resources into fact-checking their pieces.

The science around COVID-19 moves so fast, and there are so many studies out there are not peer-reviewed much like the Imperial College paper that sent the UK into lockdown. So please wear the mask while you read the news, infectious negativity is way worse than the virus. Finally, please take one day off during the week and don’t read the news at all or check your phone, its fine to social distance from people, but social-distancing from any information source is also vital, your brain needs a rest!