One of the more anticipated shows at London Fashion Week Men’s SS19 came courtesy of British menswear designer Samuel Ross AKA A Cold Wall. Set inside the industrial hallways of East London, Samuel Ross has emerged as part of a new pack of designers ready to expand the discussion around the versatility of men’s fashion, such as Craig Green. 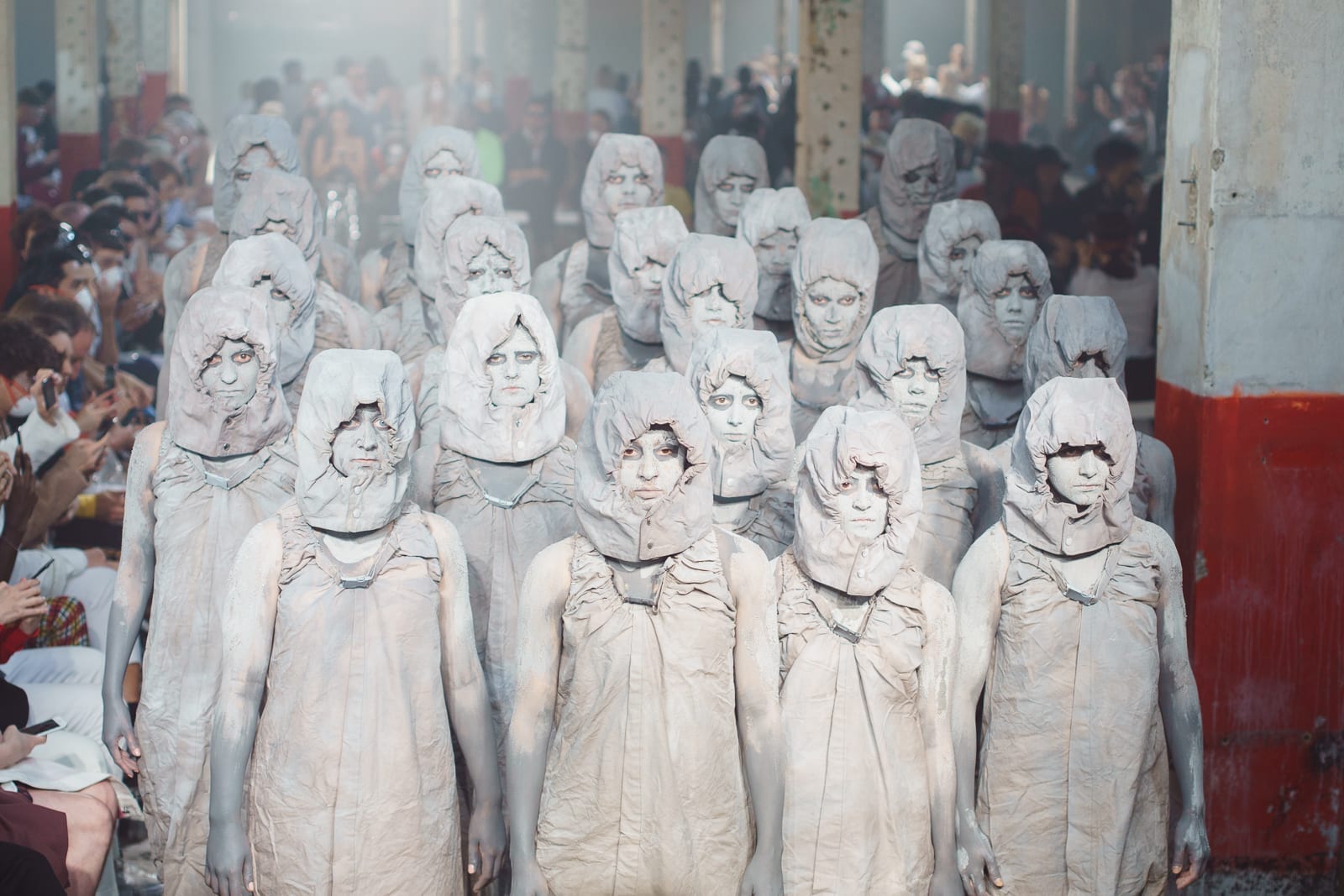 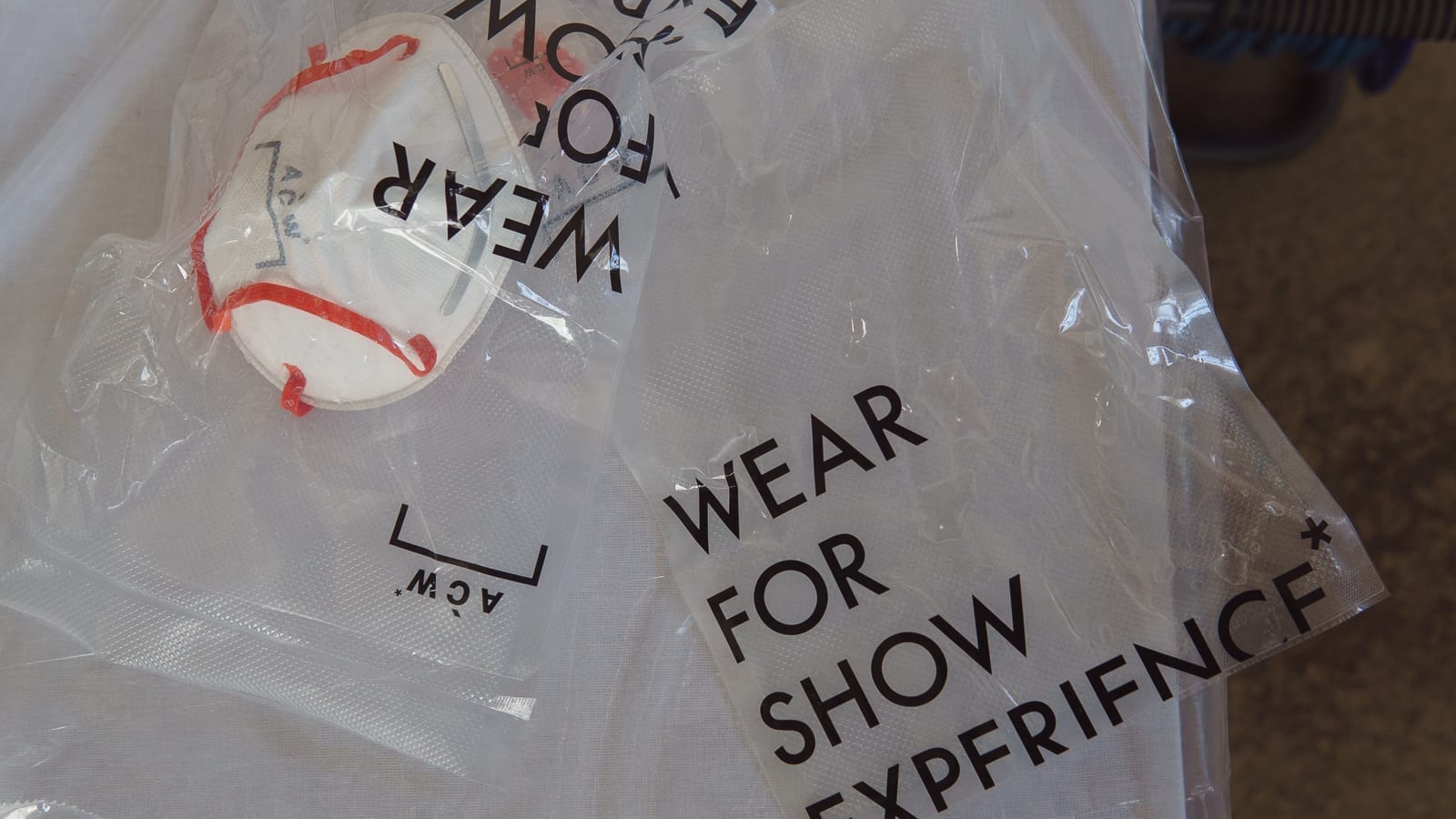 And the fashion community has responded exceedingly well. Having just confirmed himself a spot as a finalist in the prestigious LVMH prize in Paris, Samuel Ross is slowly becoming one of the most exciting names in fashion. 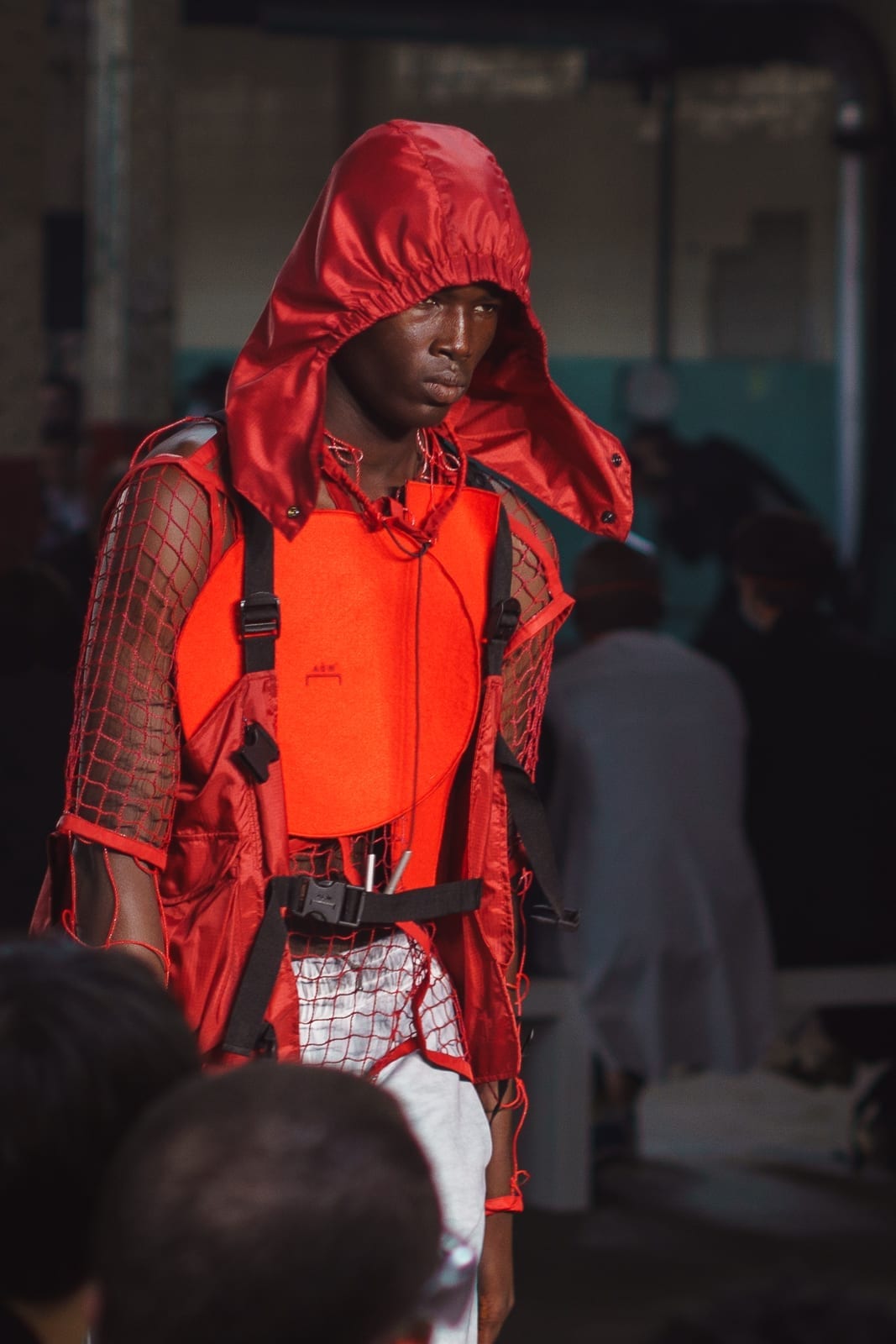 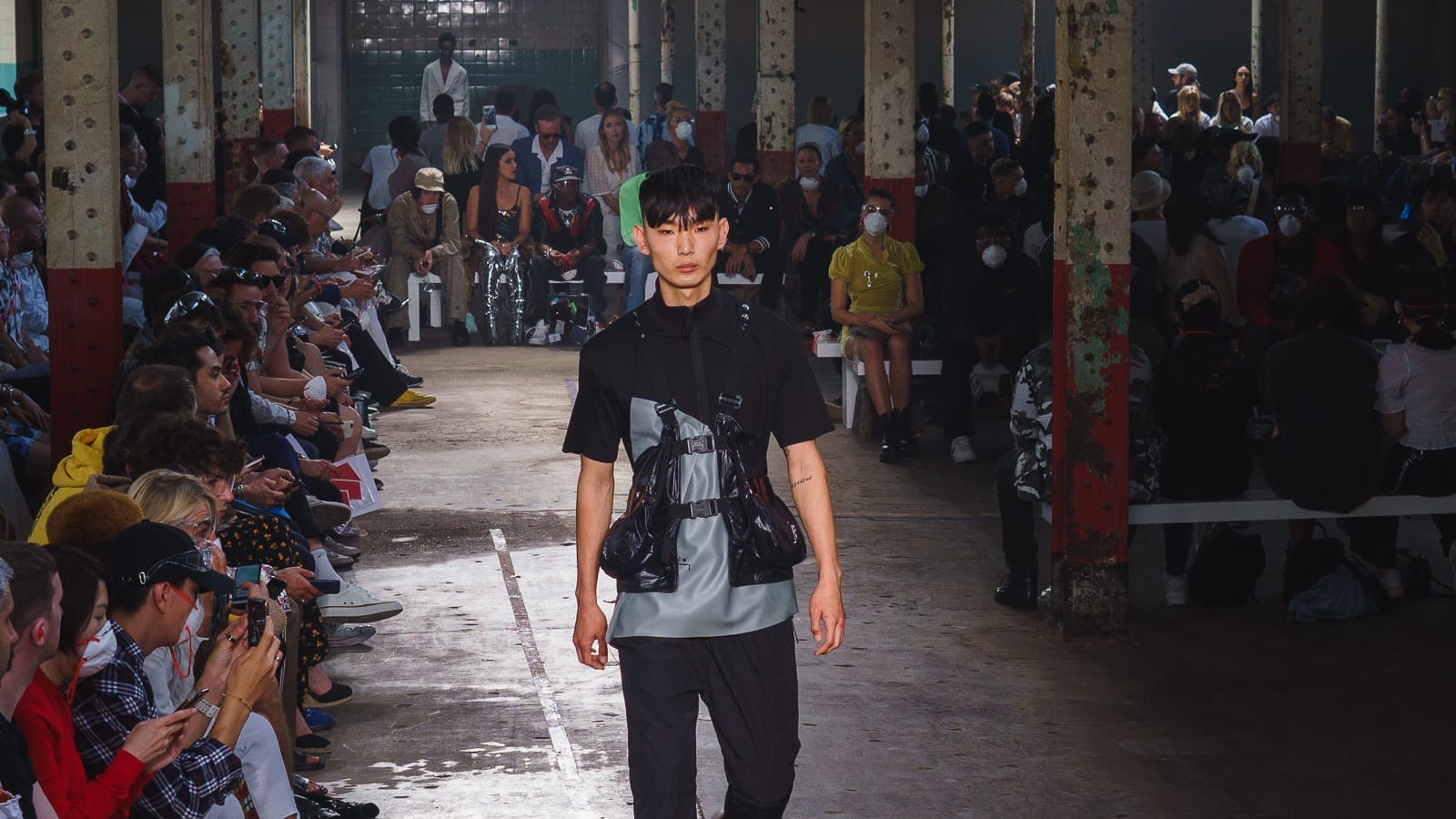 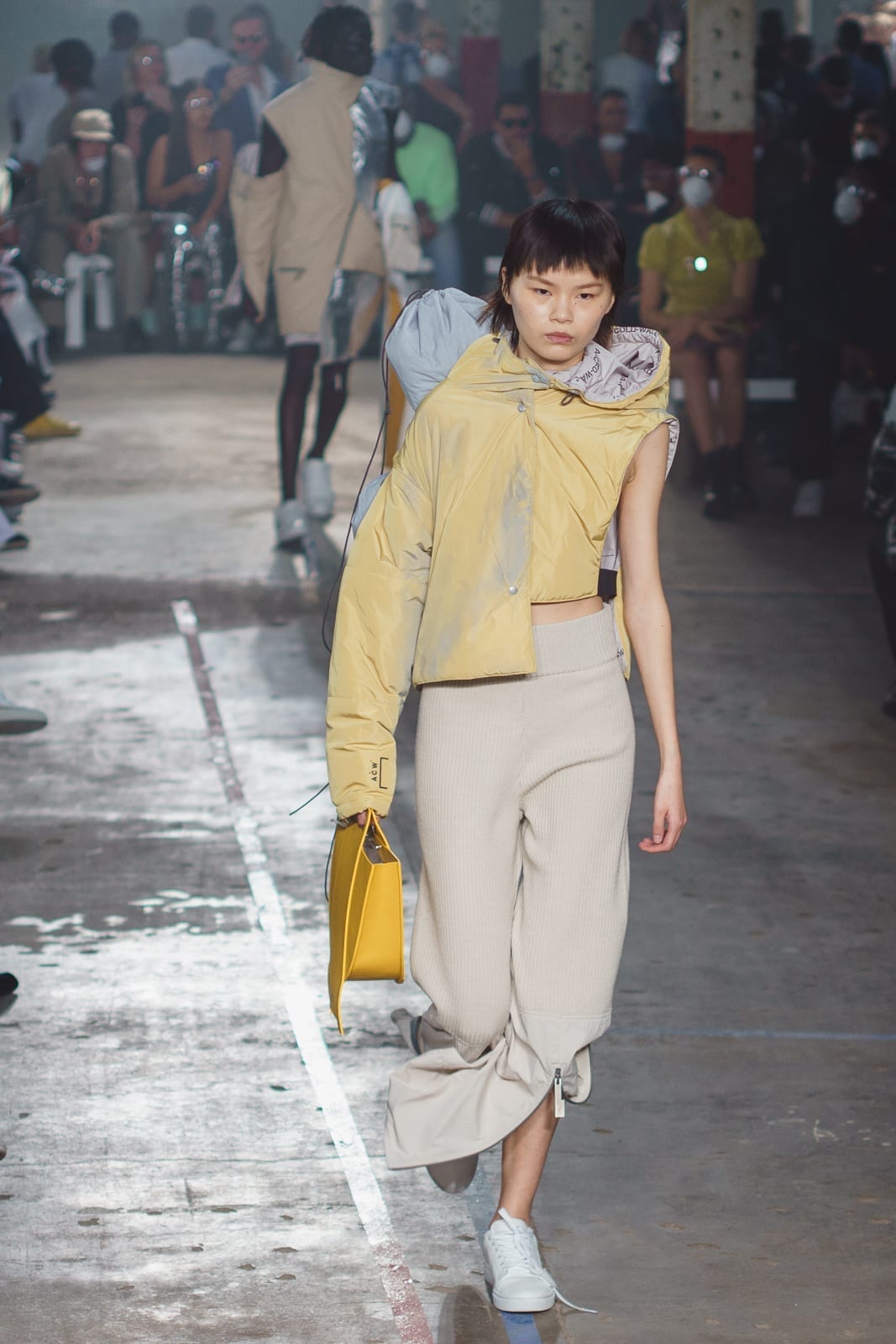 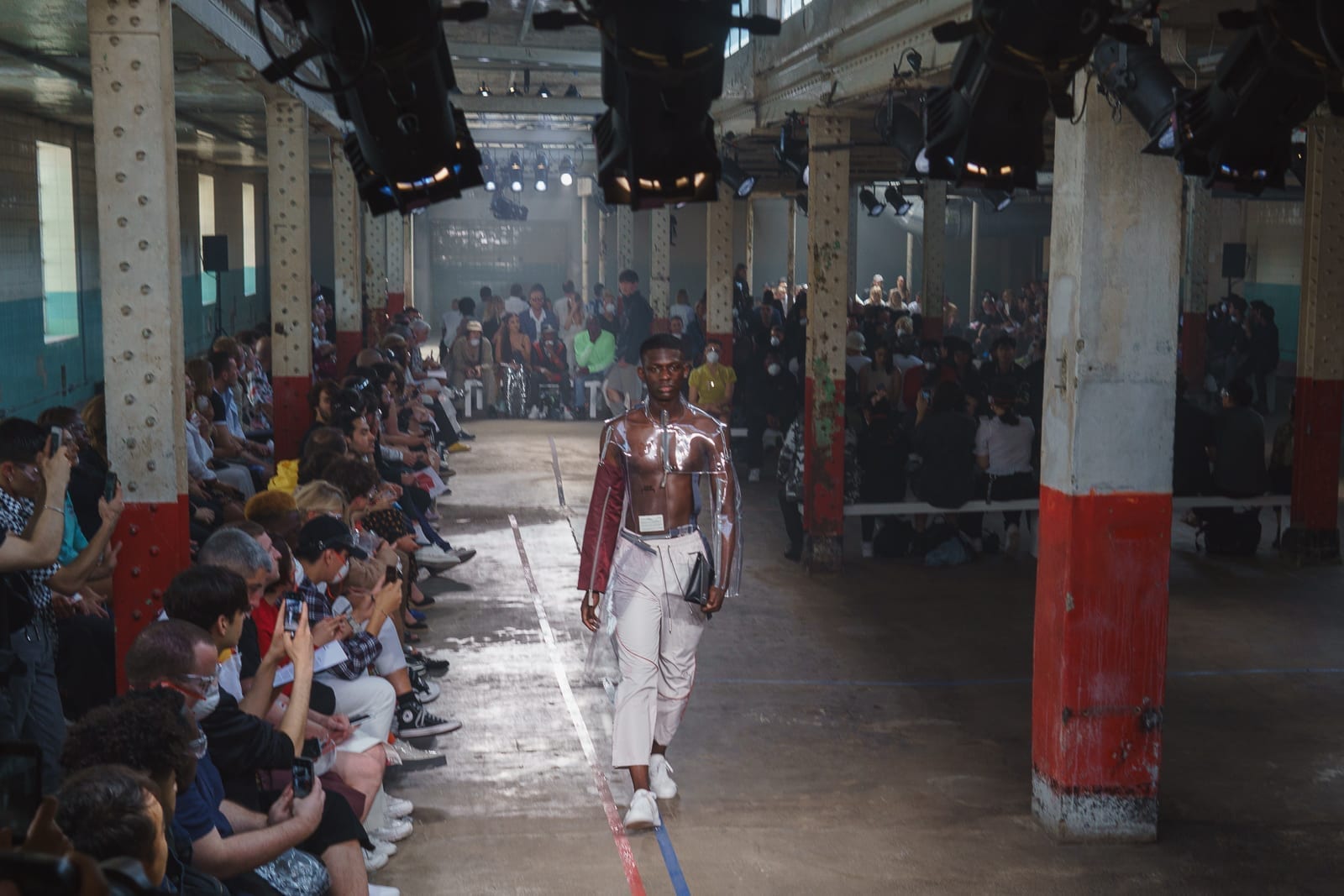 In attendance was his royal highness of fashion, Virgil Abloh himself, who has mentioned his fondness for Samuel’s creations. At the door, construction apparel was given out which included noise ear plugs, dust glasses and a mask, all part of the industrial atmosphere building before the show.

A group of alien-like characters appeared at the beginning dressed head to toe in clay with shrouded anoraks, all moving to the pace of the industrial music. They would appear and reappear in different forms to add a dark and almost sci-fi feel to the show. At times the space echoing more the set of a Ridley Scott film than a runway show.

The clothes themselves relied heavily on functional details, the overtly technical with an emphasis on hybrid accessories. Most models appeared part of a deconstructed look, in which outfits were loosely fitting, displaying pieces which could be assembled and disassembled.

A riff on trench coats, body length anoraks, kimono-like waistcoats with added zips, cords and backpacks gave it that extra adjustability. As well as accentuating a more militant theme this show is noted for being different to Samuel’s other shows where his usual embrace for the monochrome gave way to a host of more vibrant colours. 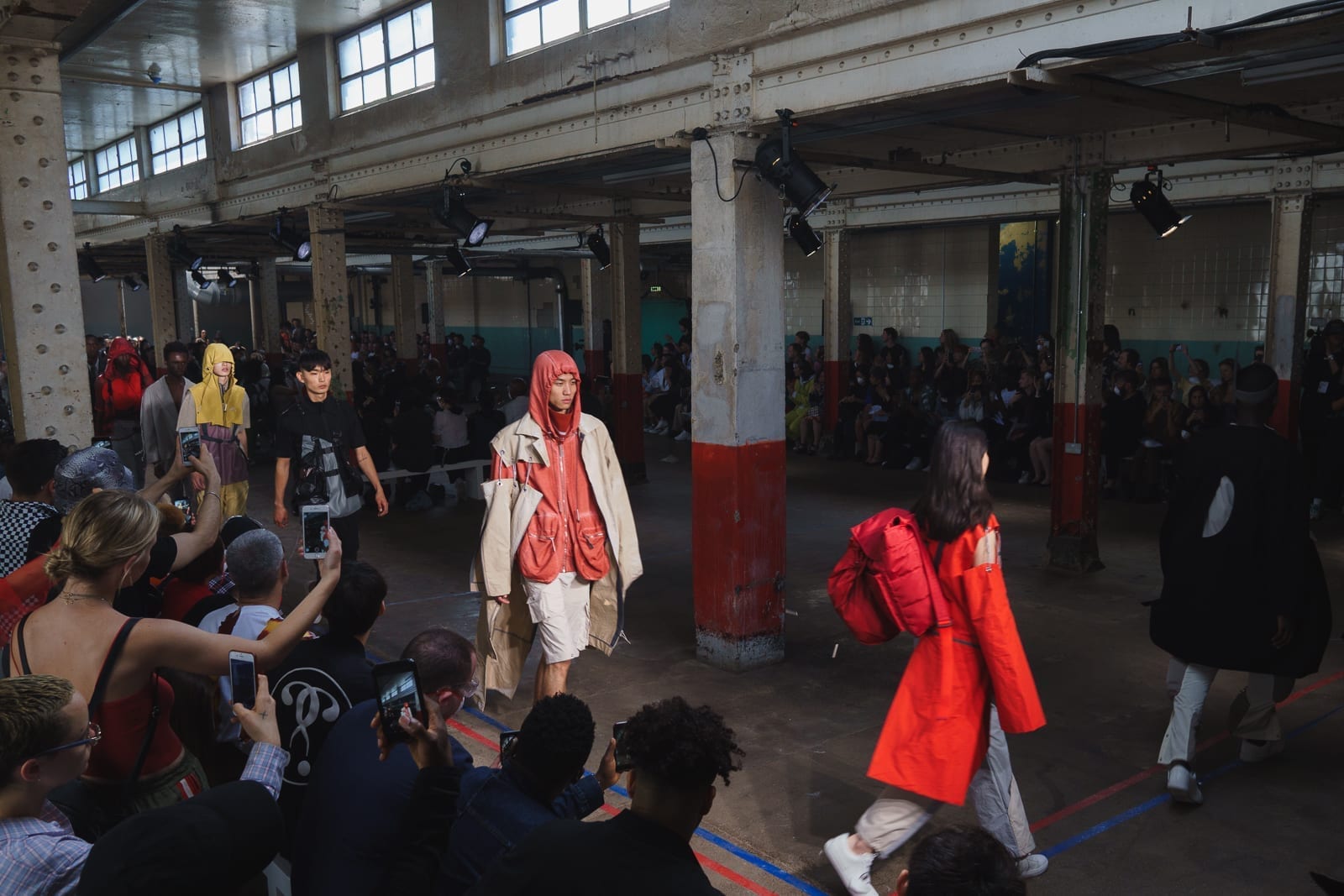 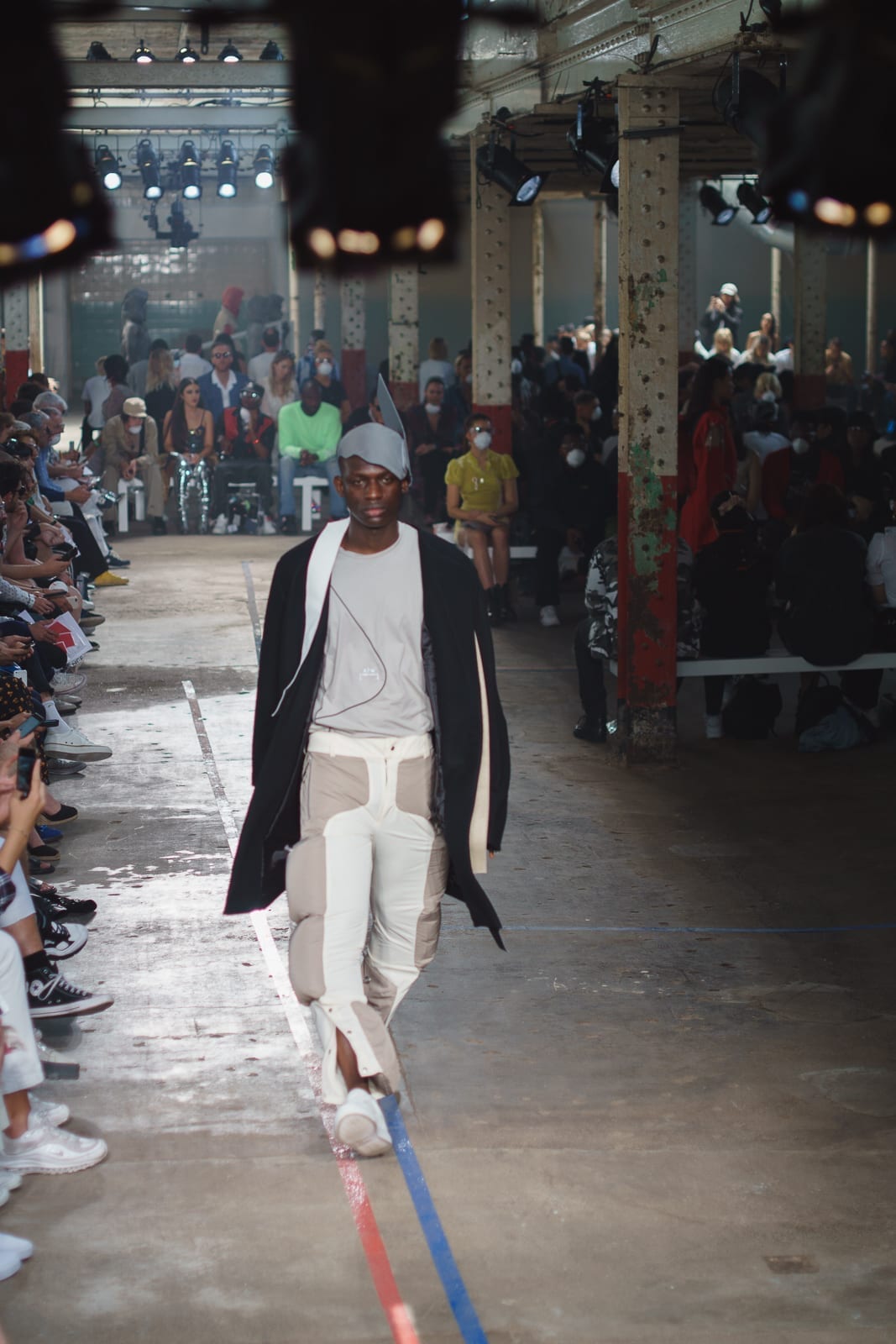 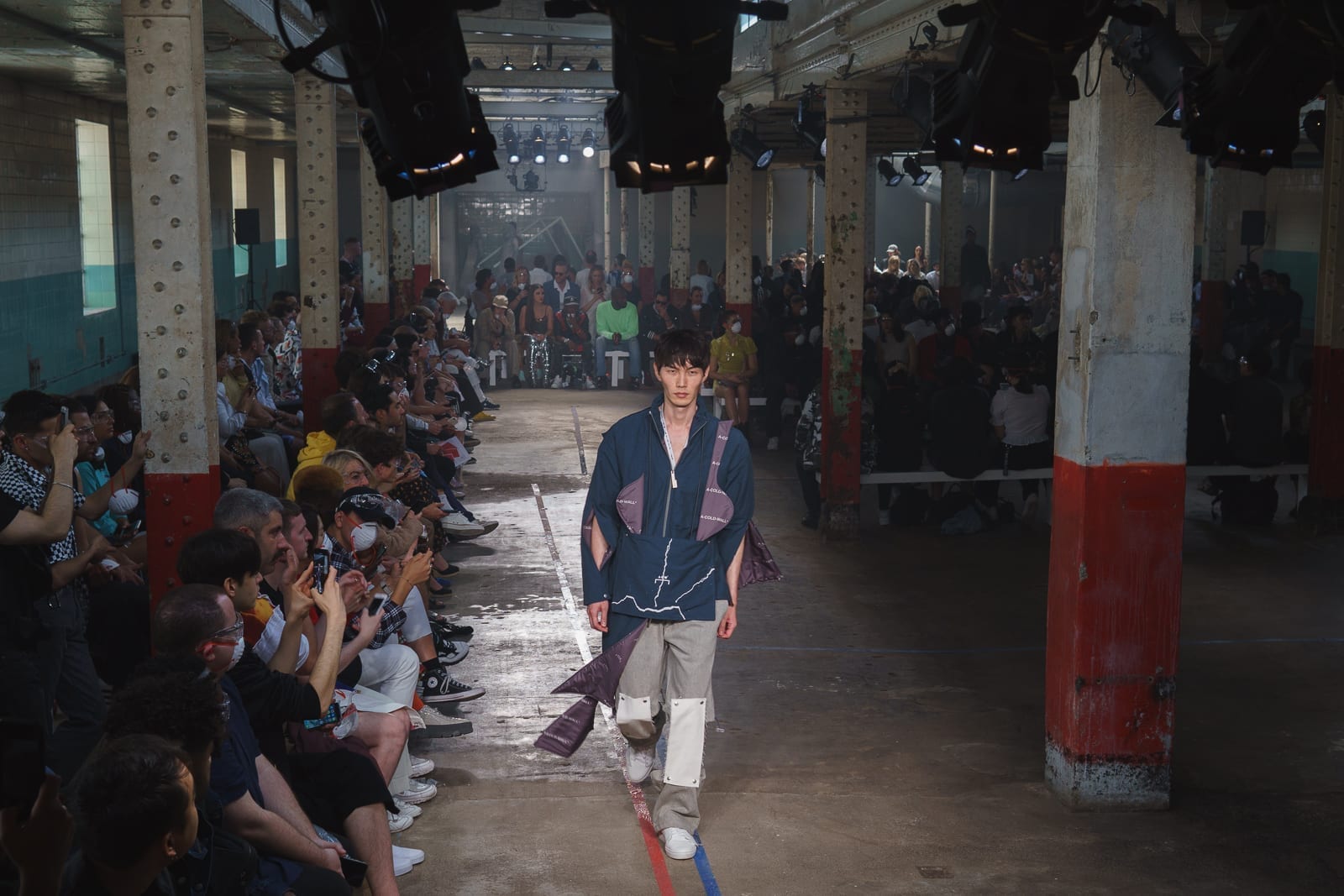 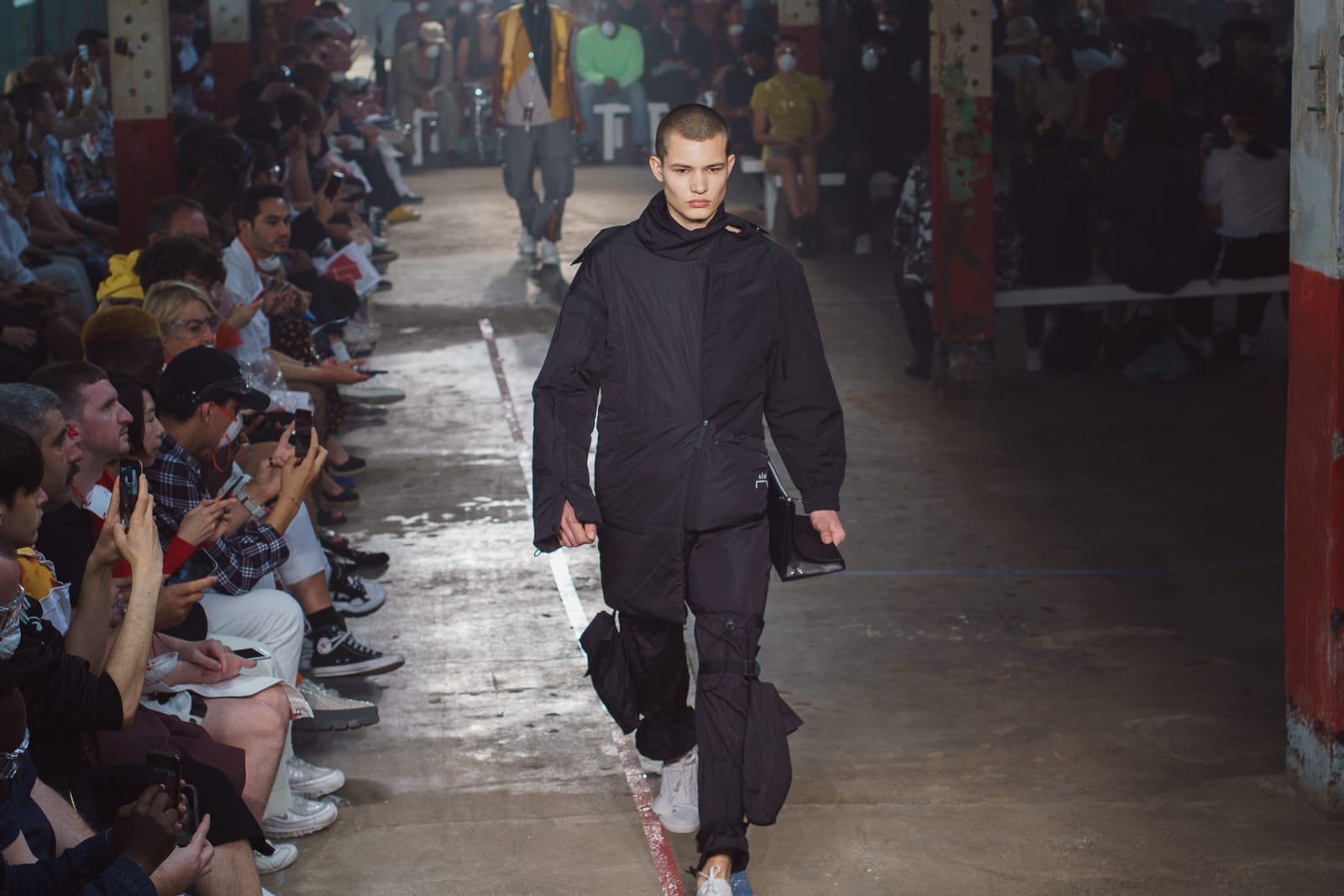 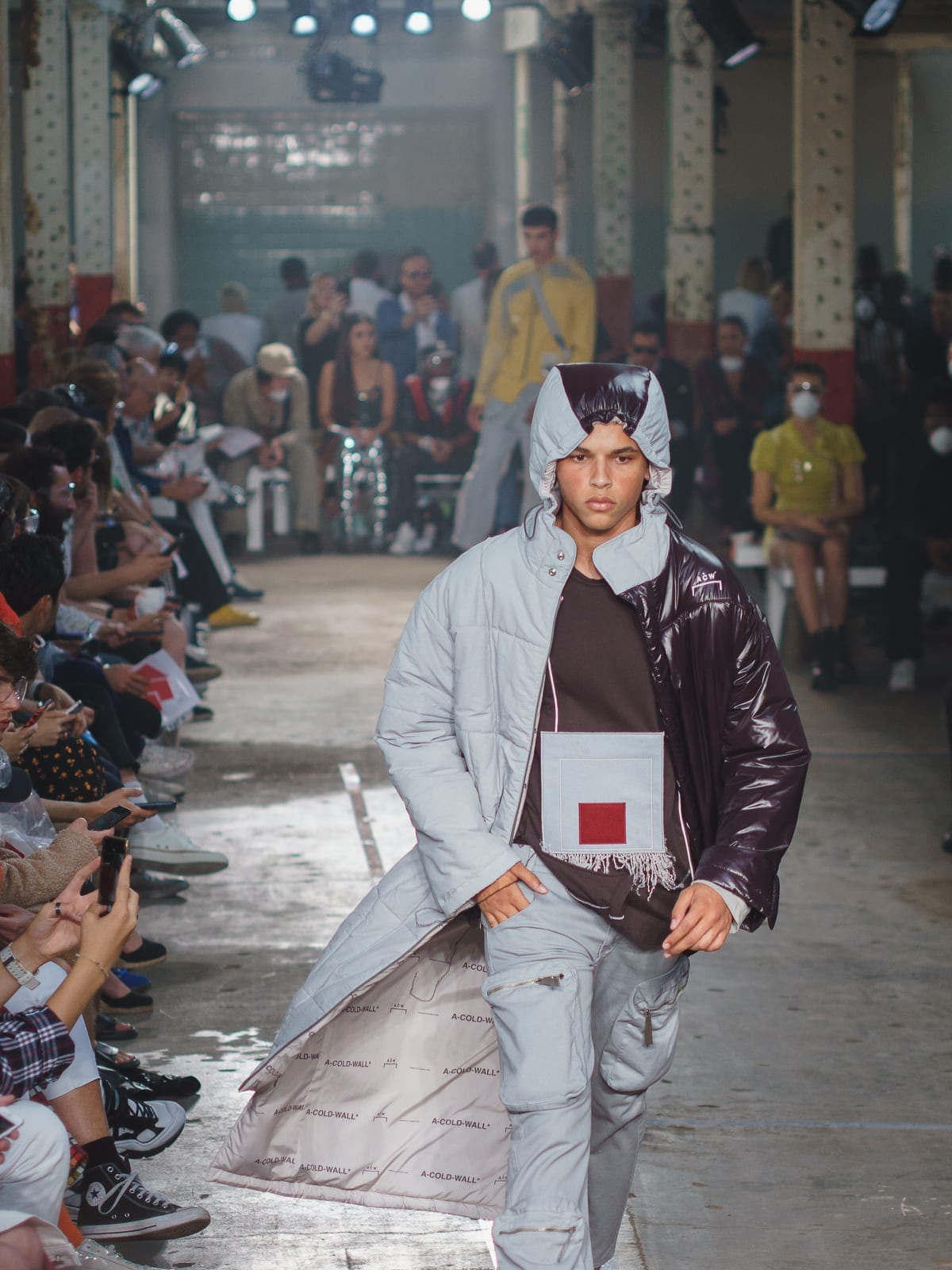 Samuel Ross is a designer who today brought us closer to a vision of a dystopian future, but he’s also a designer that has given us a glimpse into the future of fashion itself.

All images by Stefan Jakuboswki