Scientists believe that the world is lawful. That it obeys certain rules and that those rules are independent of your own beliefs. That’s not necessarily a human agenda. The project of science is to discover what those rules are and when we discover those rules it’s very powerful. We can make antibiotics, we can make cell phones, we can send a human being to the moon. But what happens to our reality when the laws of science break down completely? 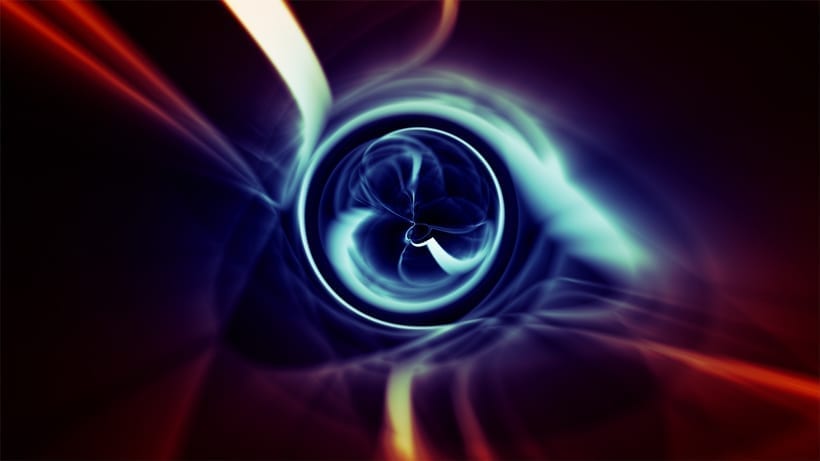 Let’s revisit the work of Albert Einstein for a moment. The first person who actually was able to determine the size of atoms was Einstein in 1905. He worked up a theoretical picture through something called Brownian motion and that meant if you look with a magnifying glass at a liquid you were able to see little particles dancing around. Einstein figured out that those particles were moving around because they were being bumped up against molecules and was able to determine the size they were from the way they move those molecules.

In 1905 after Einstein was able to determine the size of atoms we thought they were the smallest thing there was, and then we began around the same time working with radioactivity which allowed us to see that atoms actually disintegrated and spat out pieces of themselves that were smaller than atoms.

That continued through the 20th century to the discovery of protons and neutrons which are subatomic particles within the atom and the nucleus of the atom and then we found that even, in the 1960s, that even those particles are made of even smaller particles called quarks.

In the 1990s and 2000s, we decided that even quarks were not the smallest things, they were made out of strings, what we call strings are just vibrations of energy. And so the question is how far does this go?

Even at the human scale, we are macroscopic beings, made out of trillions and trillions of atoms. But we experience nature on a large scale.  Our experience with time and space, our experience with energy, and cause and effect are all based on our intuition about nature and the size that we are.

At the size of atoms, quantum physics plays a very large role and particles act like they’re in several places at once. Everything has a wavy character. And if we were the size of atoms our experience of time and space would be totally different than it is now.

But we can explore nature at the size of atoms through our mathematics and through our physics. When you get all the way down to the Planck scale, which is trillions of times smaller than even an atom, then time and space ceases to have the meaning that we attach to it. Space is not continuous anymore at the size of the Planck scale and time is not continuous, it jumps around.

“When you get all the way down to the Planck scale, which is trillions of times smaller than even an atom, then time and space ceases to have the meaning that we attach to it.”

Alan lightman on the true nature of reality

So even the vocabulary that we have which is based on our daily experience is not valid anymore. So it just shows you that reality – the word reality – is not a very useful word. The incredible thing to me,  which I think strikes all scientists, is that even though we are these fairly large collections of atoms, that we can make theories and do experiments on individual atoms. That we can probe nature at sizes that are incredibly smaller than we are. And we can also probe nature at sizes that are incredibly larger than we are.

We can look at stars and galaxies and look at the universe over hundreds of millions of light years. That through our minds, we are able to probe nature at sizes that are much much bigger than we are and much much smaller than we are.
However, the bigger question in which this is all embedded is what is the nature of reality? The scientific quest for this goes on.

Written by Alan Lightman who currently serves as professor of the humanities at MIT.
He is the author of the latest book, Searching for Stars on an Island in Maine

out now through Pantheon