Hands really are incredible pieces of machinery. Not only do they tell a lot about a person but they enable us to do wondrous things. Author and philosopher Darian Leader has recently written a book about them entitled, Hands: What We Do with Them – and Why, posing some fascinating questions about this rarely talked about body part. We chat with him about why hands are such furiously active creatures and how a whole subconscious history precedes them.

You use hands as a really unique way of examining history and the future. How did the idea come about?

I kept receiving requests for comments on the way that digital technology changes the way that we relate to each other: the impact of social media, dating sites, Skype and so forth. Anthropologists and social theorists have explored these aspects of modern life very well, but it struck me that what was neglected was the fact that everyone seemed furiously busy with their hands. This gave me the idea for the book, just an observation about the practices of people around me. It obviously tied in with themes that I had been working on previously But it led to a lot of research on the history of how humans have kept their hands occupied. 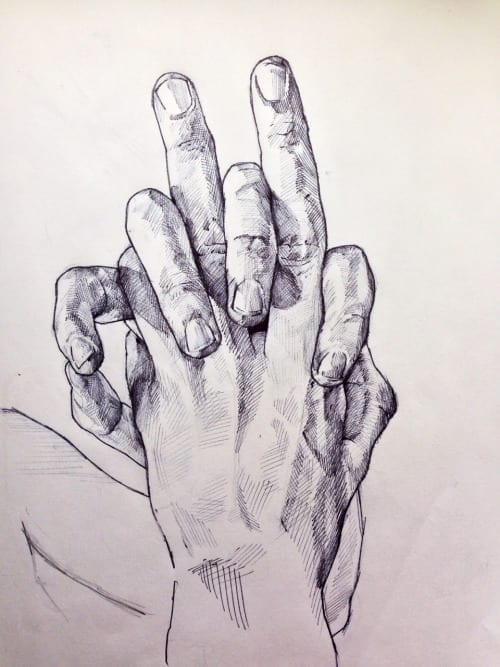 You mention that cutlery changed our bite. How will technology change the physiology of our hands?

Technology certainly changes the physiology of the hands, in functional and developmental senses. Certain muscle groups are being used in ways that we have not really been accustomed to and the hands will no doubt learn skills that are new to them. There are amazing variations cross culturally on what people can do with their hands. Take the practice of finger counting. It might be very difficult for a British person to count with their hands in a way that a Chinese person does, and corporeal counting systems have varied widely from one location to another and from one epoch to another. The basic structure of the hands is the same, but they have been trained to do very different things. Note that this is not a question of genetic change but of functional change.

Do you think the reason we use our hands so much is because we, as a species, get bored and need to be kept busy?

Well, the question is why do the hands need to be kept busy? I argue in the book that this is because we find it difficult to process certain feelings in the body and so a circuit is created from very early in life: we need to finger things to stop the hands returning to stimulate the body’s surface, and this can range from anything simple like nail picking or hair curling to the actual creation of pain. Look at what happens when people are prevented from using their hands: it generates states of restlessness and tension in the body that are unbearable.

Do you think that with our hands learning to use a phone or type, we will cease to be able to do other basic things like tie our hair or brush teeth without psychological intent?

I don’t know about tying our hair or brushing our teeth, but it is a fact that the more the hands are engaged in a particular activity, this can have effects on other potential or previous activities. Take the example of professional musicians. A serious pianist will know that they cannot learn guitar as this would affect the fluency of their hands when playing piano. Activities that we learn have direct affects on other activities, and the more that we use our thumbs on smart phones, this may well create difficulties in using them for other things.

In a lot of your references you seem to suggest that hands are threatening, capable of harm, and used as weapons. Is there any evolutionary science to suggest how our hands came to be used with malicious intent?

I’m actually arguing that the most prevalent uses of our hands are more for defence than attack. From an evolutionary perspective it may be worth remembering here that the notion of the hostile ‘hunter-gatherer’ has a certain mythical quality and we may well have spent most of our time being less hunter-gatherers than hunted-gatherers.

The traditional divide is between those who argue that we have hands because we are intelligent and those who think we are intelligent because we have hands. I certainly wouldn’t endorse the first view and the second view is obviously a bit simplistic. But it is worth thinking about the effect on the psyche of having a part of the body that somehow doesn’t fit with its surroundings. The philosopher Colin McGinn has made some very interesting remarks on this in his recent book ‘Prehension’.  The hands, for McGinn, were used primarily for swinging as primates and when we no longer needed them to support the body against gravity, there was what he calls a ‘mismatch’ between our hands and the environment that we were in. The hands were thus a part of our body but at the same time not an instrumental part of the body in the way that other parts might have been. This might then have created a strange vortex in our relation to our bodies, which may have pushed the psyche in new directions. 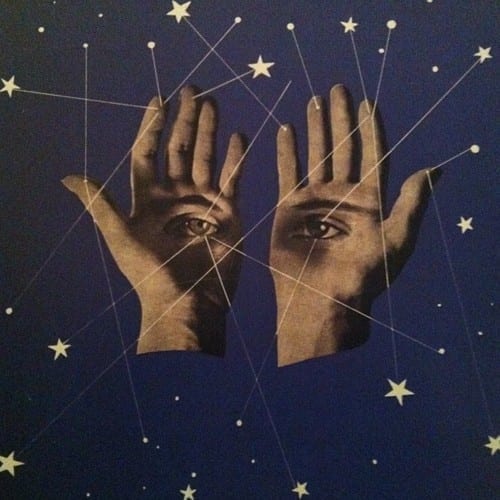 If hands are the position of ultimate control of humanity, do you see headsets and goggles and that sort of technology as more threatening than hand-operated technology? Perhaps creating a threat to our use of hands?

Headsets and goggles and related technology have in fact already shown themselves to be totally useless unless there is a hand icon included somewhere in the field of vision. This is something quite remarkable and shows us that the apparently dematerialised digital world is in fact always, at some level, materialised, and grounded in the use of our hands. Voice activated technology will never have the place that we imagine if the role of the hands is neglected.

What do you think of the perhaps less easily described ideas that don’t have so much of a relation to the hands, such as creativity, passion, unexplainable enjoyment of the arts?

This is a very big question which I’ve tried to explore in my book Stealing the Mona Lisa. I think it’s a mistake to look for overarching definitions of art, as it will always end up excluding certain forms of artistic practice. At the same time, it could be argued that ground breaking and innovative forms of art so often involve an act of destruction: destruction of convention, destruction of previous kinds of working practice, or even the actual destruction of materials. There is a side to creation which emerges from an ex nihilo (out of nothing).

Hands is out now on Hamish Hamilton.