The city of Austin, Texas home to the largest entertainment-tech conference worldwide, SXSW has beaten out New York, London and Berlin to be named the most alluring tech city globally. A report released once a year by research consultants Savills pulled together a list of the top 22 most important tech cities based on an index of five criteria: business environment, tech environment, city buzz and wellness, talent pool and property costs.

Austin with a population almost shy of one million have beaten out San Francisco two years in a row offering itself up as a more affordable, talent-rich alternative to The Valley with IBM, Dell and AMD all have a long-established presence in the Texan city. Following up in Europe is London at fourth and Amsterdam in fifth place. Berlin topped the list in terms of quality of life and wellness which considers nightlife, greenness and safety as important elements.

In addition Savills Tech City report put together a Flat White index which exposes some of the highest prices for the bespoke double shot coffee, based on the fact that the coffee shop acts a central meeting hub for likeminded tech communities and co-working spaces, the list is topped by Hong Kong at $4.51 USD a cup.

Other cities less developed that are clawing their way up the list are Buenos Aires, Cape Town and Bangalore. 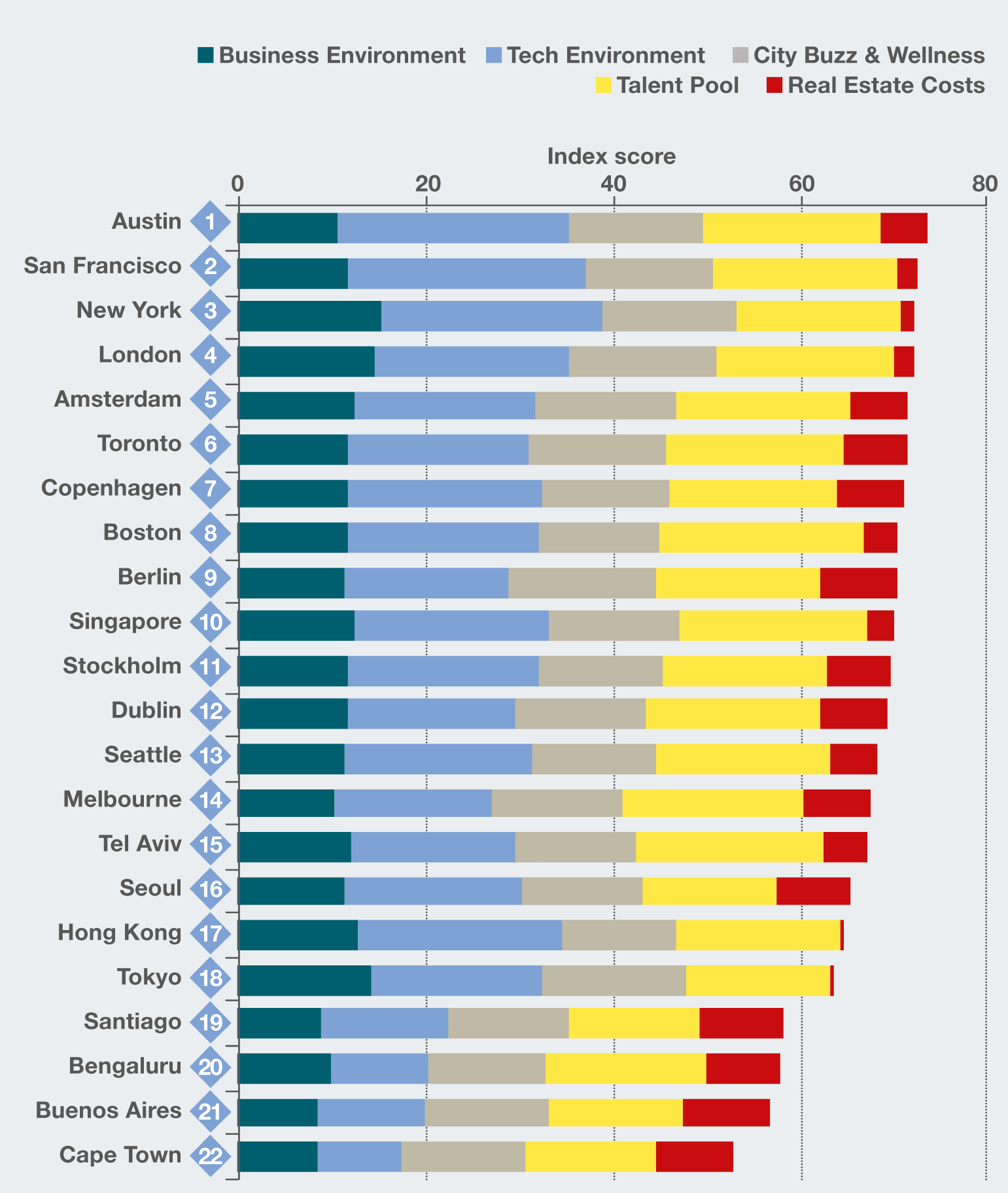 For the full report head here and to play around with the interactive map.