Imagine a cyberspace where your online searches do not trigger being inundated with targeted ads, where the right to be forgotten is a non-issue because your personal data is not archived and stored by internet service and content providers, and where content exchanged with your friends does not become the property of your social media platform of choice. This world did exist and it was called Minitel.

Before Sir Tim Berners Lee came up with the World Wide Web, before the Clinton administration released the Internet to the world, by the late 1980s all of France was already online, surfing, chatting, buying, playing, in a digital ecosystem – an app store if you will – of roughly 25,000 sites. Digital delights ranged from the mundane to the outrageous – banking and pornography, news and astrology. 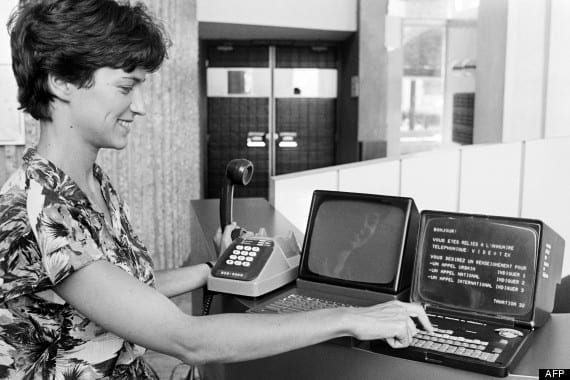 Minitel was the first frontier in cyberspace to be massively populated, yet it is now widely considered a weird antiquity. There’s this idea in France that if you build the best technology, it will sell itself.  Yet, some of the most advanced standards we came up with were total export failures: the high-speed TGV train, the SECAM TV display standard, the Paris Olympics of 2012, and … Minitel. But it would be a shame to dismiss this old technology as irrelevant, because this nationwide network presaged the complex social problems posed by search engines and social media today, and provides much food for thought as to what good internet policy should look like, especially with regards to privacy rights.

In 1987, as Minitel fever raged, news magazine Le Nouvel Observateur declared “The Year of Minitel”, reminding French readers to take pride in their exclusive access to the network; “You are the only ones to have it.”  Sadly for France Telecom, this matter of pride also became a huge export failure.

Starting in 1983, any French person walking into the state-run phone company would be handed a computer terminal for free.  Back home, she would plug it into the phone socket, and call in a remote database for some online fun.  The UK had its own version: Prestel, managed by the British Post Office.  But Prestel, and its other contemporaneous counterparts (BTX in Germany, Telidon in Canada, and many more), never primed the pump like France did, nor did they find a viable economic model.  Minitel succeeded because it was fully plug and play: a free computer terminal, no subscription, just plug in the machine to the wall, et voila, you’re online!  And, it was very private. Content would be billed by the minute and charged on the monthly phone bill.  The public phone company sat in the middle of the platform, billing users, and paying out to service providers but never disclosing the private information of users to content providers, themselves bound by strong privacy regulations as well.  Because of this system, Minitel never developed the ad-driven business models that we have come to expect from platforms like Facebook and Google, and content providers were precluded from building massive surveillance systems or selling their customers’ private data. 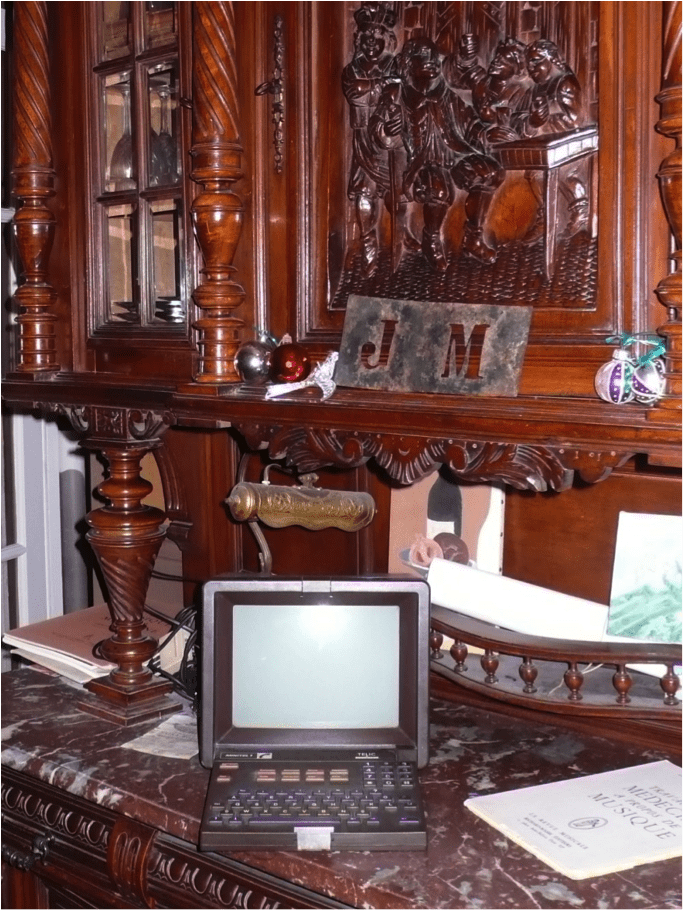 A Minitel in its natural environment.  Photo credit: Michel Mailland

What precedent did it set? How does Minitel fit into the modern world?

Minitel ended up dying in 2012 for a variety of reasons, chiefly technological obsolescence, but certainly not because users’ rights were protected through state action.  The success of the platform for three decades and the billions that were made by Minitel entrepreneurs disprove the libertarian belief, widespread in Silicon Valley, that regulation is always an enemy of innovation. In the absence of sensible regulation, today’s platforms are governed by “Terms of Service” agreements, impenetrable reams of fine print capturing our rights to privacy, property, and due process. Minitel, in contrast, provided a platform for entrepreneurship and private innovation while maintaining a commitment to the public interest. Applying core ethical principles to cyberspace through regulation did not prevent private enterprise to thrive, quite the contrary. With the Minitel model in mind we should imagine a better future for the internet, a future in which innovation is accomplished through ethical business practices, public accountability, and a commitment to the flourishing of society.

Julien Mailland and Kevin Driscoll are the authors of Minitel: Welcome to the Internet (MIT Press, June 2017)