Almost 20km from the hustle and bustle of Milan, out on an F1 racetrack called Monza, history is being made.  Something extraordinary to the likes of which we will probably not see for some time. Kenyan athlete or superhuman Eliud Kipchoge dramatically smashed the marathon world record, finishing in a spectacular time of 2 hours and 25 seconds, a result that effectively shaved off 2 minutes and 35 seconds from the previous record set by Dennis Kimetto in 2014 at the Berlin marathon. 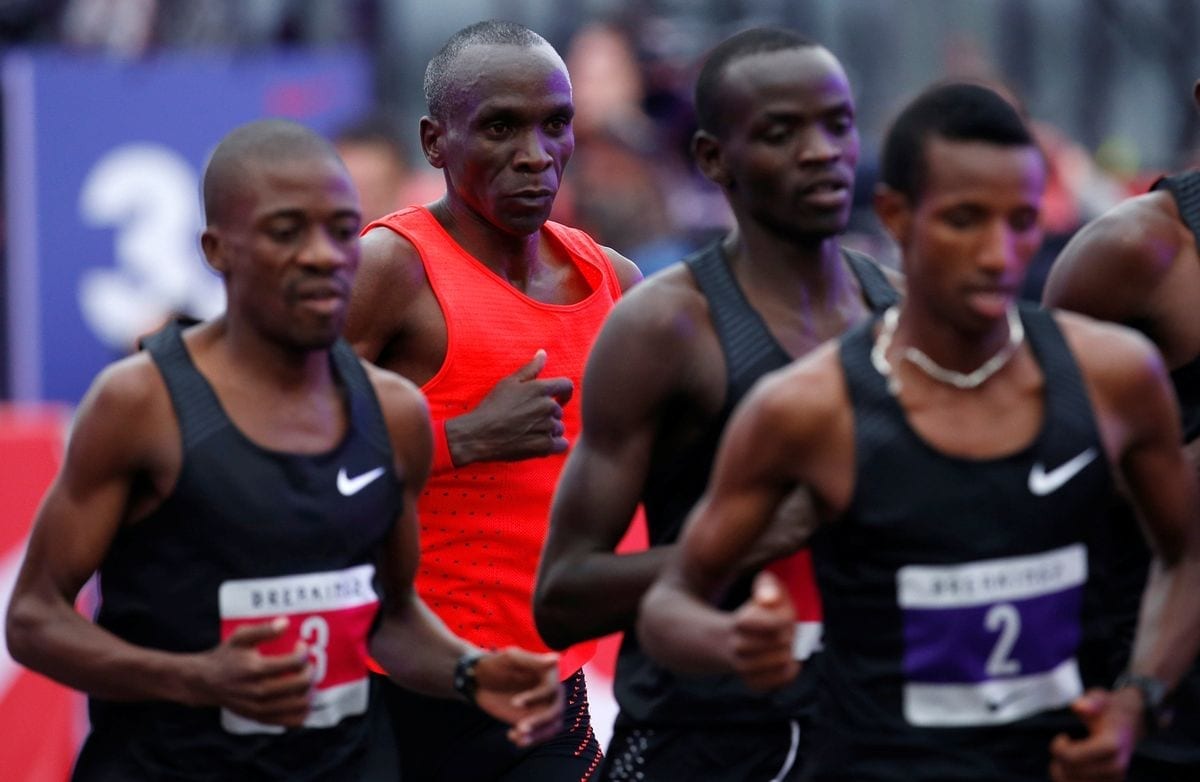 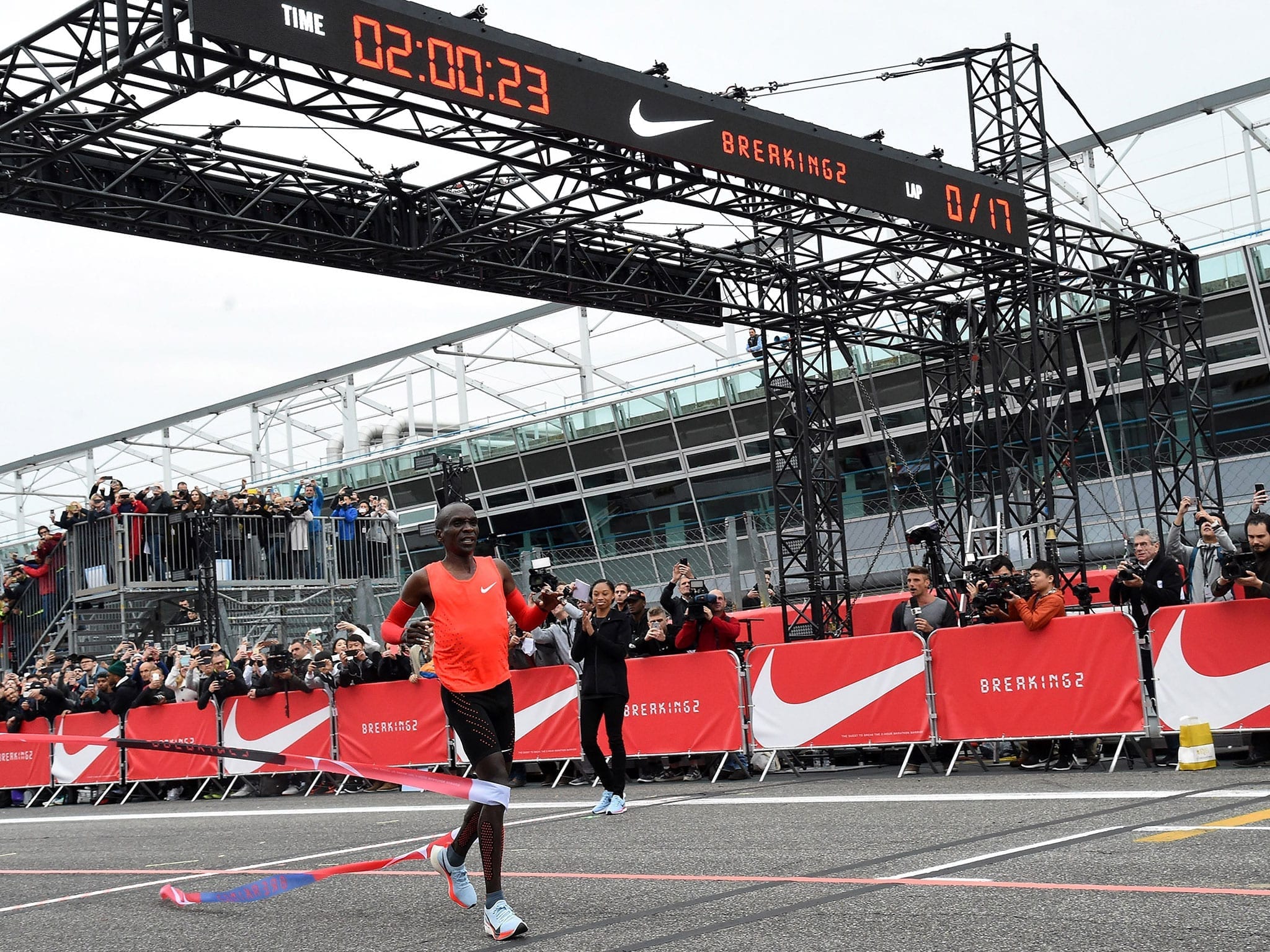 Millions of dollars have been spent converting this race track into a makeshift runners’ paradise. With ex-pro’s including Carl Lewis and Paula Radcliffe in attendance, global icons such as Kevin Hart, TV commentators and sports technologists from Nike’s lab all gathered to witness history being made. The purpose, to assemble three world-class athletes – Eliud Kipchoge, Lelisa Desisa and Zersenay Tadese – to achieve what almost everyone believed was impossible, to take the marathon world record time and whittle it down to under 2 hours.

It took 16 years for the marathon record to drop around three minutes from 2:06:05 to 2:02:57, so you can imagine the scepticism we witnessed from experts we spoke to before the race. German marathon record holder Arne Gabius told us he didn’t think it would happen, expecting a time in the low 2:01’s; he said, “Scientists I’ve spoken to have said the record can only go down to 1.56-1.57 and that itself will take decades”. But Eliud certainly quashed any such reservations.

The Olympic gold medalist set a blistering pace of 13.1 miles an hour to get the record, breaking away from the two other runners halfway through the 17 laps. The excitement over the weekend was comparable to that at the time Roger Bannister broke the first 4-minute mile in 1954, with many attendees making links between the two remarkable efforts.

Even though Kipchoge didn’t break the 2-hour mark, there was no sense of disappointment from anyone, with Nike CEO Mark Parker sending out a jubilated statement; “Today, millions of people around the world watched as running history was written. At Breaking2, Eliud Kipchoge ran 26.2 miles faster than any human ever. I’ve never seen anything like what we saw today.”
This great feat was not by pure chance; this was a multimillion-dollar project, two years in the making, where the culture, science and design of sport were suspended for 48 hours. However, this was really a story about pushing human performance to its absolute limit, a place where science meets man, testing the capacity of the body with no assisted machinery other than the scientists around them. 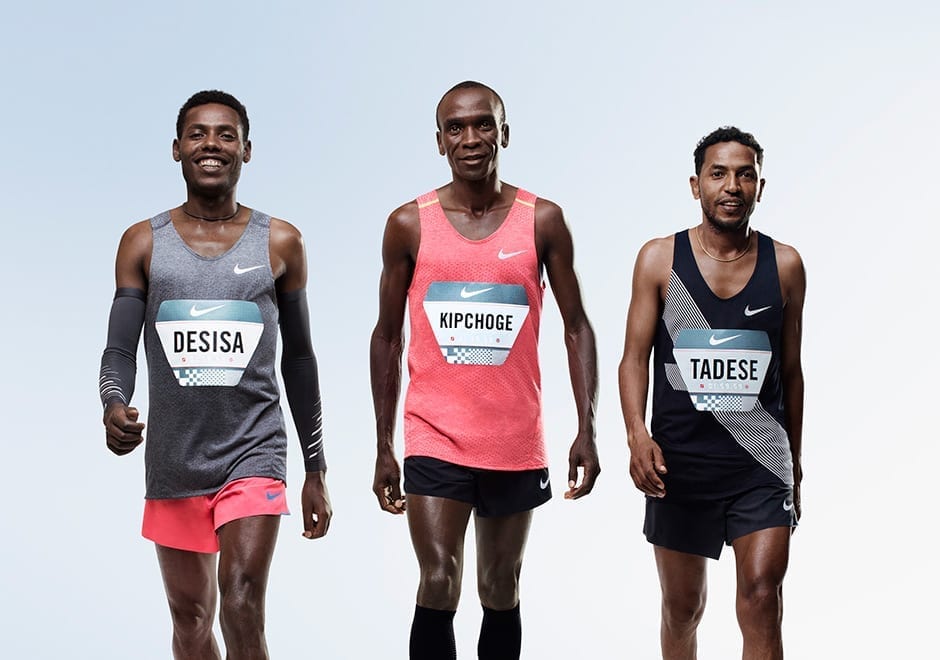 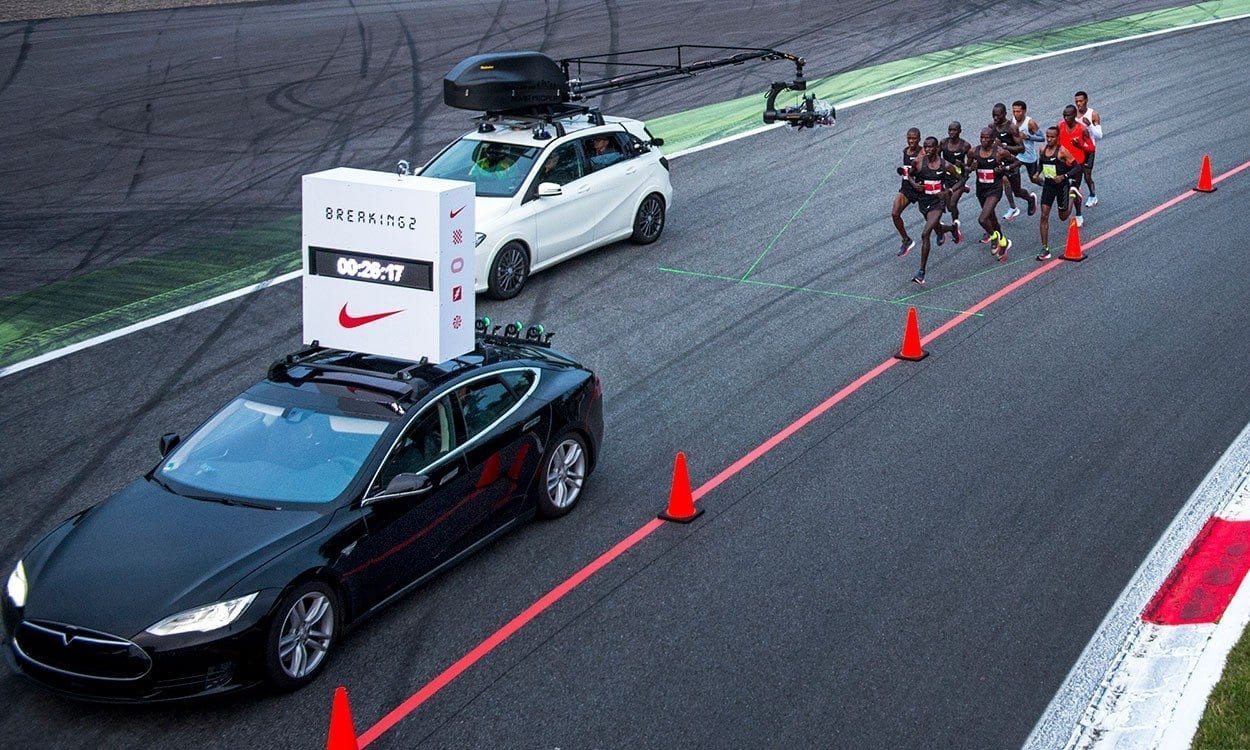 Nike assembled a multi-disciplinary group of world-class experts across fields as diverse as physiology, bioengineering, design, and biomechanics to help these runners accomplish the impossible. From conducting athlete endurance tests to crunching lab data and identifying the optimal race strategy, to muscle oxygen uptake and efficiency. Nike even partnered up with an artificial intelligence company Winning Algorithms, using predictive analytics to maximise the athletes’ performance.  Dr. Brad Wilkins, a physiologist and the director of Nike Explore Team Generation Research in the Nike Sport Research Lab said, “We’ve been collecting data since we started, and we continue to learn a tonne from the athletes to get us in the best place possible for race day. Most runners don’t have this level of personalisation and access to this kind of testing and coaching.”

Moments before we took this this, Kenyan athlete Eliud Kipchoge did something most people thought was humanly impossible, taking almost 3 minutes off the world marathon record. On a closed racing track in front of an online audience of millions, we witnessed something incredible. A marathon at 2 hours and 25 seconds. This is where science and man meet. Check out our follow up story next week on the feat #marathon #monza #milan #sports #endurance #highlight #recordsmustbebroken #breaking2 #nike @nike

Unfortunately, this race will stay off the record books,  not counted by IAFF as an official record due to some of the conditions that Nike experimented with. Namely, the use of 30 pacers employed to break the impact of the wind around the athletes, and the hydration intake of the runners. Nike was well aware of this and intended to play with these elements in order to achieve optimum results.

It’s unusual for a globally renowned brand to get behind a world record, and it is yet to be seen that a precedent has been set in that respect. Will this usher in a new era of sportswear brands getting behind various individual records, in an organic marketing campaign of sorts? We’ll have to wait and see, but what Nike has shown is that they are committed to their reputation of taking sports to new heights, with the technology and science to do it. Tony Bignell, the VP of Footwear Innovation at Nike, told us, “I’m hoping that we will see it more from all brands. We have a history of taking the sport to new levels so this is just another example of that. Sometimes I think you need a collective push to get out of a vicious cycle and I think that’s what we did.”

We asked Dr. Brett Kirby, a Nike Sport Research Lab Researcher, what was whispered into Eliud’s ear on the final lap heading down record history and he said, “Eliud, it’s time to go to the moon. This is what you wanted”. Well, it’s clear the moon shot just landed, almost.

*Since this article was written Eliud Kipchoge has broken the two-hour marathon barrier at the Ineos 1:59 challenge in Vienna. The Kenyan ran 1:59:40 to complete the 26.2 mile distance in the fastest time in history.