In a country that incarcerates hoards of its population like a hen factory, America is at breaking point with its overflowing prisons. In fact, 2.2 million prisoners are currently locked up in the United States.  But what to do with these inmates? How do we find a place for them in society, a way for them to reenter the real world without offending again?
Prison life is brutal and takes a lot more than just sitting idly, which is why a unique prison wellness project called Inside Circle has taken on a life of its own across America. Inside Circle is the brainchild of ex-convict Rob Albee, who, calling on his own experience of life on the inside, has dedicated his life to helping others do ‘the work’ to improve themselves, and “find their magic”. The unique element of these intensive group therapy sessions is that the prisoners are joined by volunteer participants from the streets, who are either dealing with their own demons or wishing to help the inmates on their journey.

Over the past 20 years of its operation, the circle has had an astonishing 100% success rate, meaning that no single man who has remained fully committed to the programme has ever re-offended. Director Jairus McLeary now lets us inside the circle, with new documentary The Work. Set in Californian high-security Folsom Prison among a mixture of gang-bangers, murderers and drug addicts, this is an important film, profiling the trials and tribulations of men on the difficult path to better themselves. After receiving the Grand Jury Prize at both SXSW 2017 and Sheffield Doc/Fest, we spoke to Inside Circle founder Rob Albee on what ‘The Work’ means to him.

I am an ex-convict myself. I’d been doing men’s work on the streets for a while and about twenty years ago an ex-convict invited me to come in and explore the idea of doing a circle inside Folsom prison. At first I was like, “Hell no!”, but he just kept on at me.
I remember what it was like to do time and how lost I felt. We got the Catholic chapel involved and slowly but surely we got there. The men choose to participate themselves, I don’t have anything to do with that and nor does the administration.  People ask us what we do there and it’s almost impossible to explain, so the film depicts that hopefully.

From the beginning, I tell the prisoners that I’m not there to fix them, I’m there to heal myself and try to survive with my own addictions and demons. I was a heroin addict for many years and it took a long time to step away from that, so this is one of the things I do to stay straight and clean, by doing my work. So each man is given the opportunity to explore how it works for them – trying to discover their gift and their magic, who they are and their relationship to the sacred and what it means to be human and alive. Some of these men are going to spend the rest of their lives in prison so they have to explore what is real common out on the streets I think, which is their spiritual path. 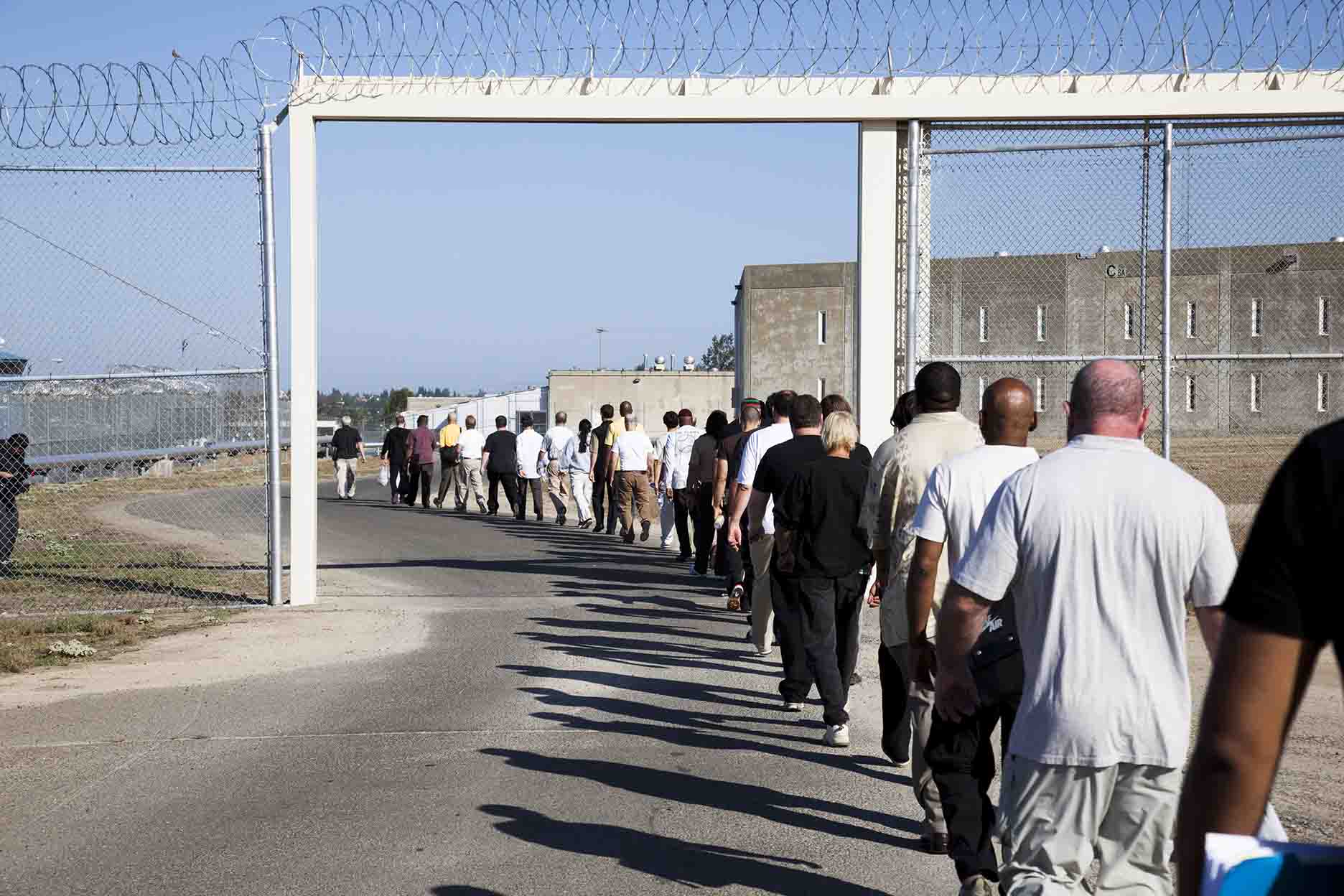 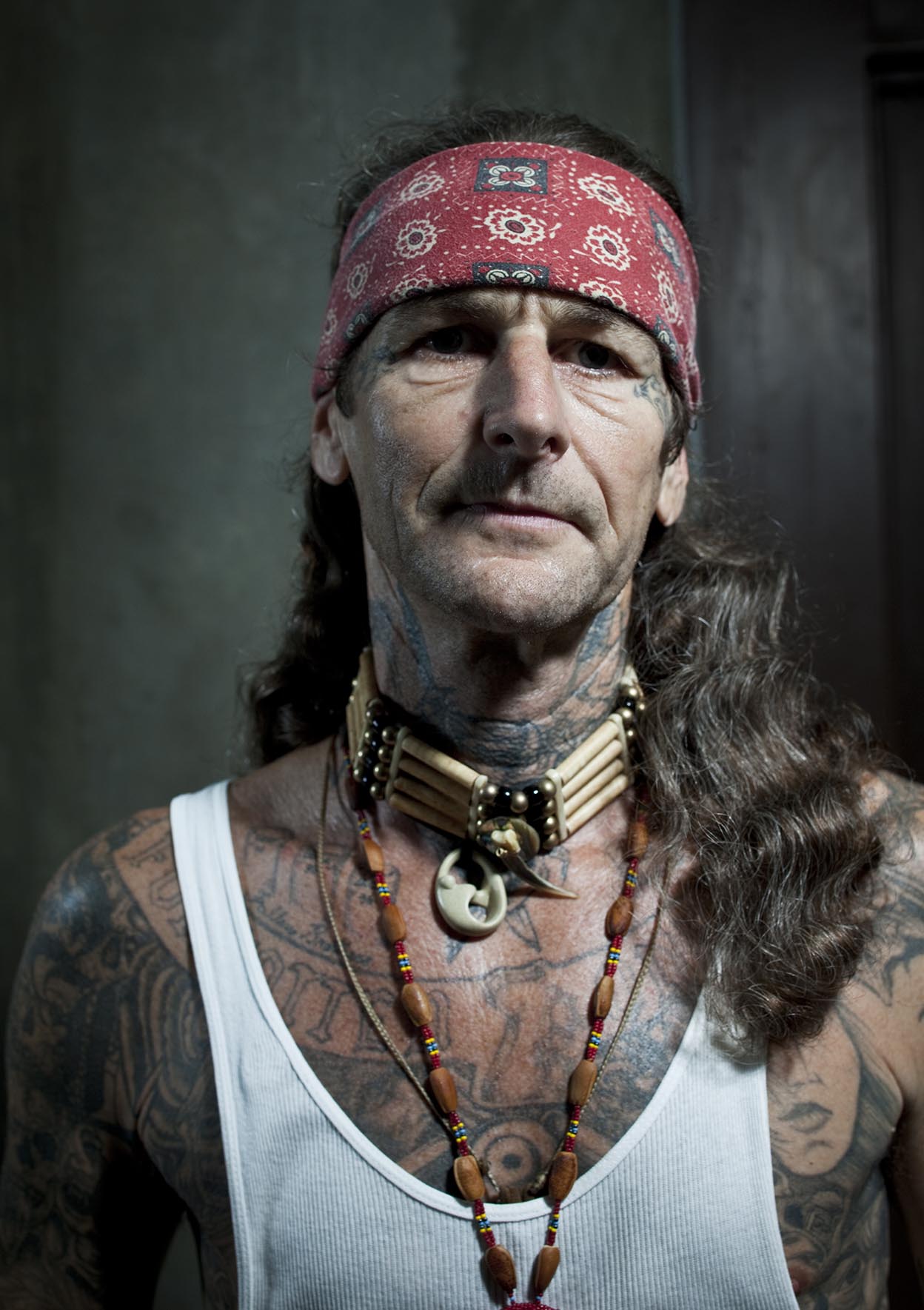 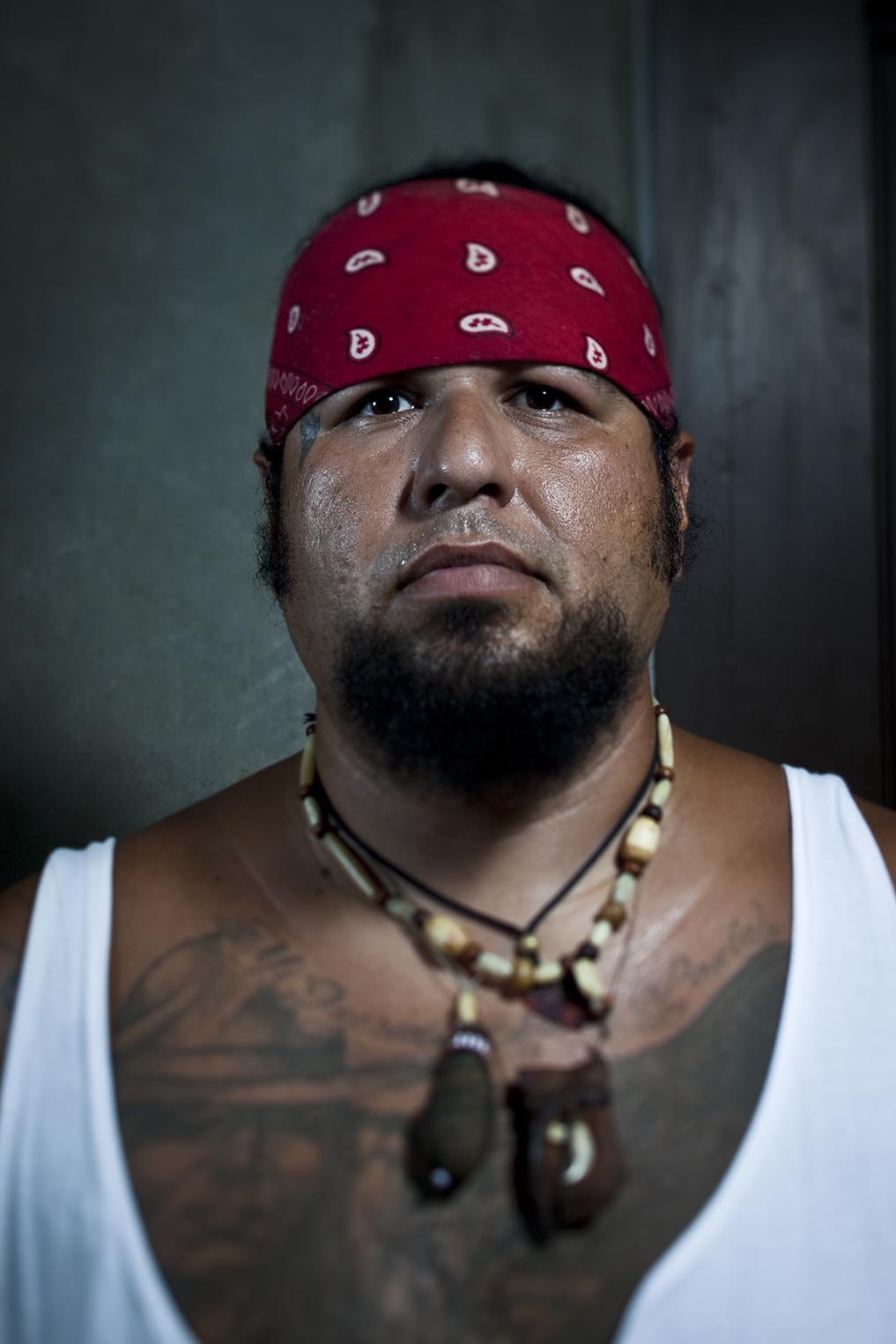 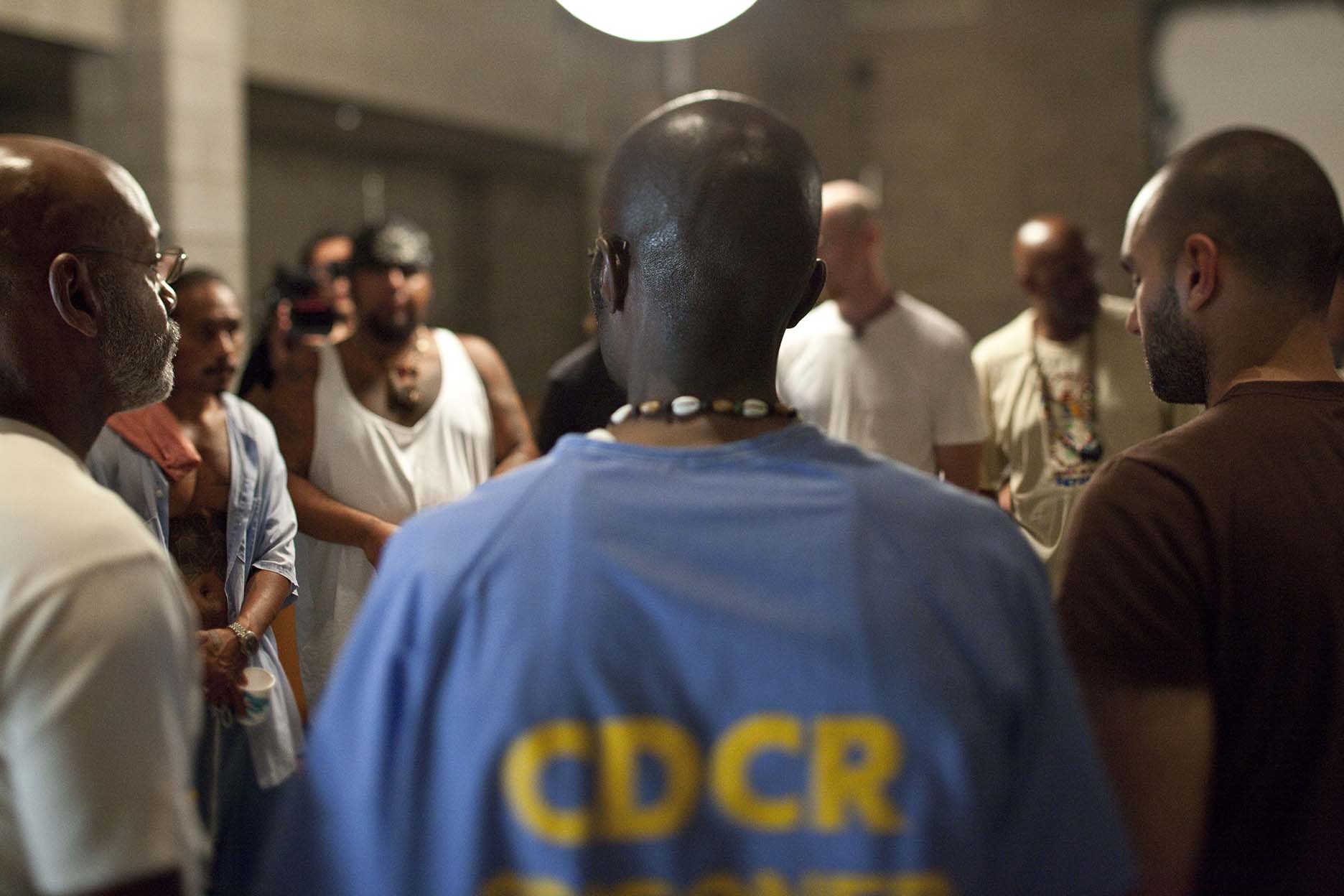 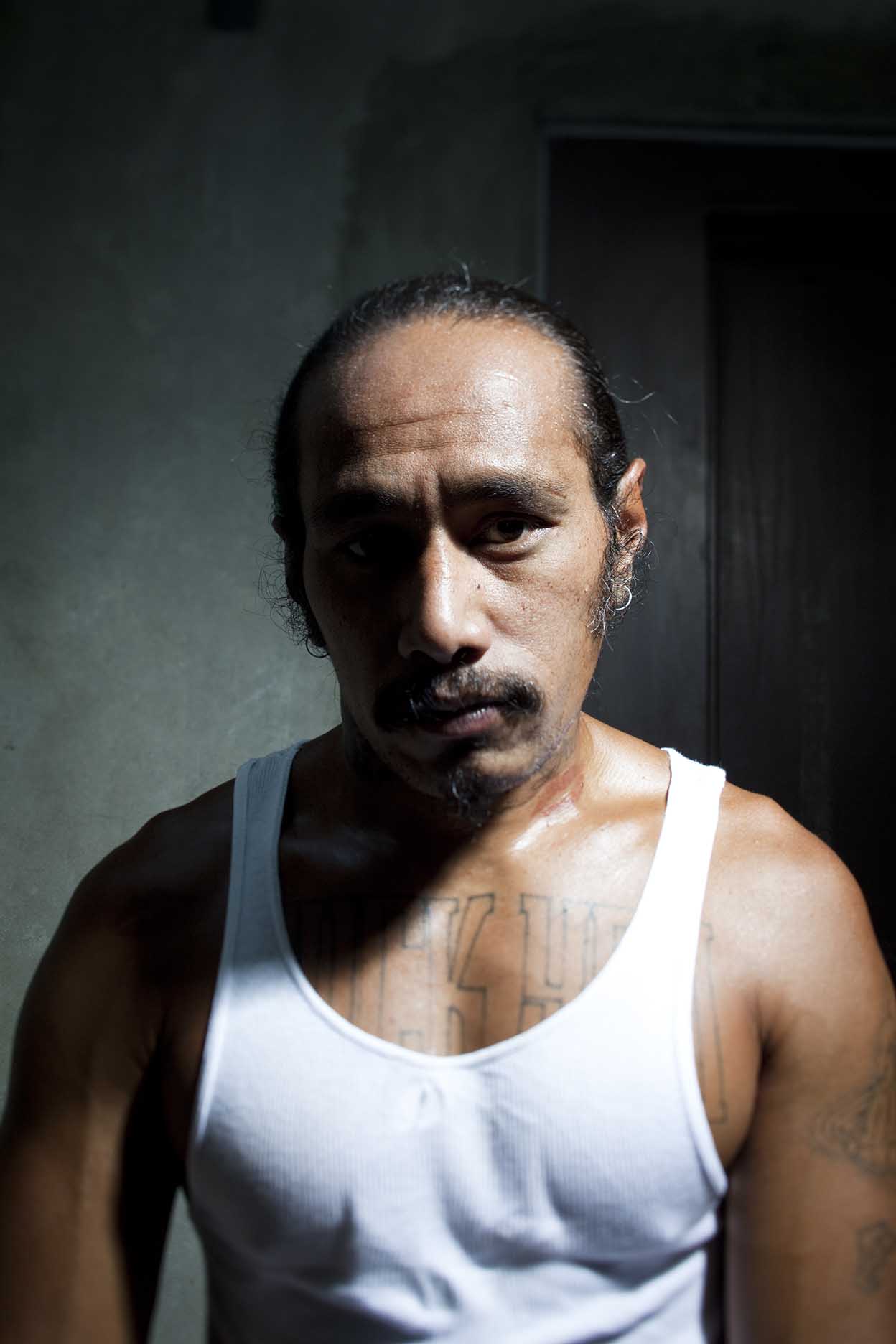 Being ready for it:

When I was doing time I was a teenager and a young man in my twenties. I wouldn’t have gone to the circle then, if I had done it I would have just faked my way through it. Again, these men have all chosen to be there, and it’s not for everybody. We tell people it’s ok if they’re not ready for it, they can just come back when they are. That’s how it has always worked.

Compassion is a lifelong tool:

I think they have discovered for themselves that it’s not just about changing bad behaviour, it’s about what their gifts are. Human compassion and concern are things that they really didn’t know anything about until they started participating in the circle, so the gifts that they’ve received just from giving other men the opportunity to find what they have discovered is amazing. They have willingly given of themselves because of the tremendous gifts that they have received from going through this process.

Reaction to the film:

To be honest with you, when I first saw the film I thought that people weren’t going to be able to understand what they were seeing – it just looks like a bunch of men screaming and shouting and running around in a chapel. But we have screened the film in many places and everybody laughs and cries in the right places, they come up to us to thank us, so in a lot of ways it has helped me to restore my faith in us as human beings. There are many people who care but most often it goes unsaid.

These prisoners had many years of sitting in the circle and working out these differences that will occur. Some for up to 8 or 10 years. They have had week after week of working through some of these things that in the past would have triggered them tremendously. Like when the young man from the outside tells them all about his judgments of them – the inmates just see themselves and how they used to think like that, so they are more than willing to give him the space to explore how that works and doesn’t work.

A testament to the programme:

Over the years there have probably been around 30 to 40 men who have been paroled after the circle. In fact, kind of a sequel to the film is that two of the inmates you see in the film, Vegas and Manny, have both paroled and are on the streets now. They are both doing tremendously well, they have jobs and Vegas is married with a little boy now. He comes and helps us with the film press and does some work with men on the streets. We tried to get them over to England for the press trip but it would have cost too much, considering we are trying to make this a non-profit venture. But no, there is no one I know who was a real hardcore participant of the programme and has been paroled who has ever been re-arrested. Nobody.

In America we claim to be the ‘Land of the Free’, but we incarcerate more people than any other country in the world. So there is some kind of a stopgap there that we don’t admit to or acknowledge. Part of it to me is the rate of incarceration and what we think we are achieving or not achieving, how it is harming instead of helping. I could go on forever, but hopefully, this film is changing people’s opinions on who these inmates are and how some of them do want to change. For those that do, I think we ought to at least offer a path back. We need to have real discussions around the fact that it is no coincidence that the majority of people in US prisons are black or of a different ethnicity. Our issues around race have got to get back on the table for any of us to really hope that real change will occur.

The Work is in cinemas and on demand from 8 September