Did you know that over 50% of the oil being traded worldwide is being stolen from its own people? Or that we ourselves subsidize weapons, repression and terror across the world because of our addiction to oil. It’s in everything we buy from your plastic bottles to your mobile phone to your shopping bags. Through our addiction to consumption, we unwittingly send trillions of dollars to authoritarian regimes and armed groups to fund their own ideologies and to justify the terror they spread across the world. It’s called blood oil.  It’s a story that goes deeper than you know and Professor Leif Wenar, author of Blood Oil and the Chair of Philosophy and Law at King’s College London, wants you to know about it.
Wenar’s mission is to make us, the consumers, aware of our unconscious daily support of some of the world’s most oppressive regimes and terrifying militias, from the Democratic Republic of Congo to Iran. A systematic worldwide issue, this trade and acquiescence is based on years of legal loopholes and consumer oblivion in the West, but Wenar is positive that change is possible. Through his initiative cleantrade.org, it is possible to find out which of our household products, from toothpaste to your smartphone, are ‘clean’, aka not making a profit from the ruthless dictators of the world. 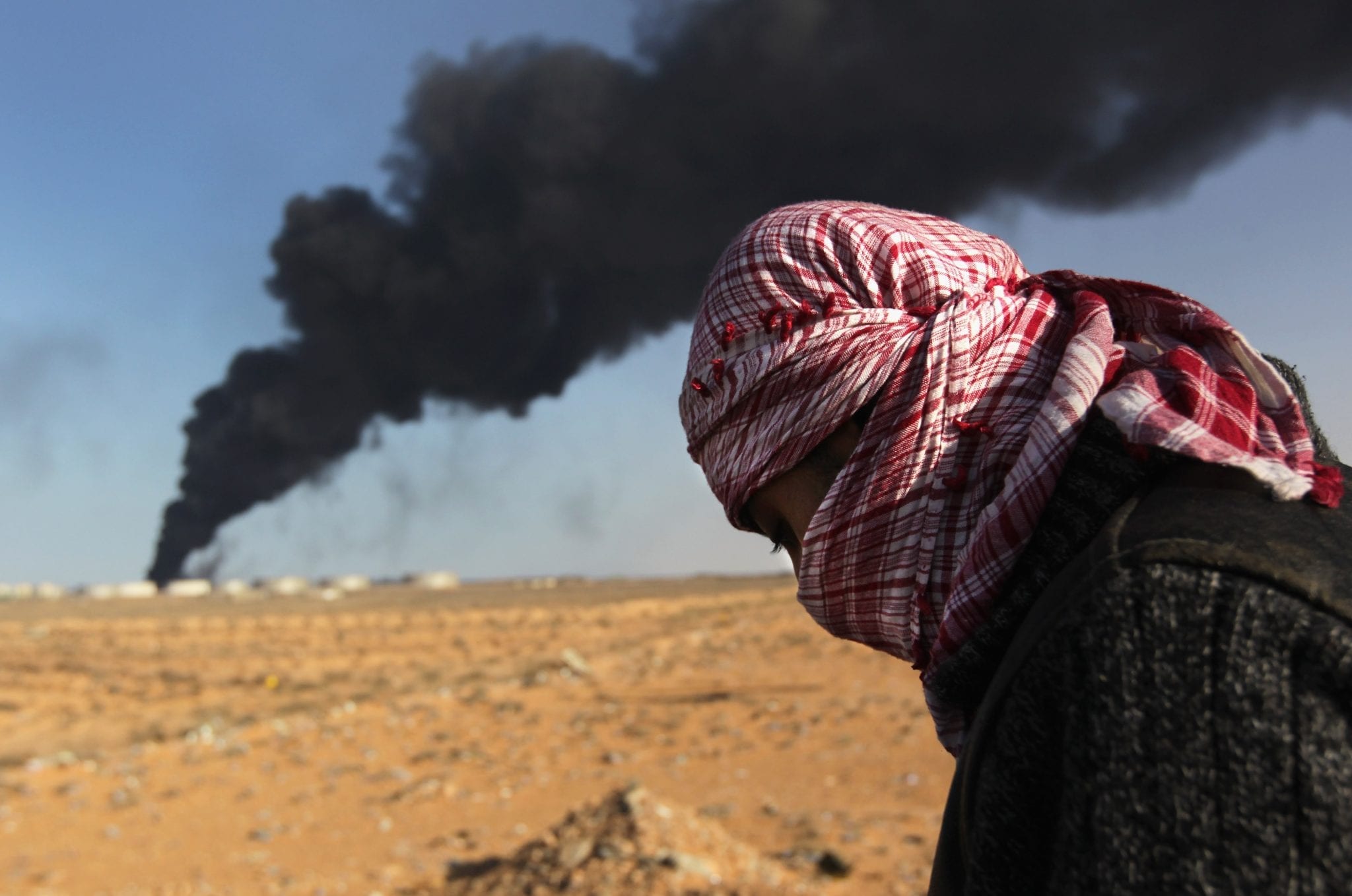 One of the things you say is that it is the consumers when we buy oil in whichever form, we are effectively subsidising armies in places such as Libya and Iraq, because of our ‘petro-addiction’. Is that a correct?

That’s right. Consumers buy oil not only at the pump but in almost everything they buy. Most of our food is grown with nitrogen that has been extracted by oil, anything that is plastic is made of oil, you may be brushing your teeth with oil or smeared it on your face this morning. It may be helping your sex life. Oil is absolutely everywhere in our shopping, and that means that every day our money is going to some of the most ruthless and oppressive men in the world, who sell us the oil of their country.

“The deeper story is why we are in business with these autocrats, extremists and militias around the world.”

Can you give us an idea of where you are talking about, for people that might not know much about these oppressive regimes?

The easiest way to think about it is to think back to the biggest threats and crises that the West has faced in our lifetime. If you can remember back to 1979 when the Iranian regime took Americans hostage, in 1990 when Saddam Hussein started invading his neighbours, 9/11 in New York and then 7/7 in London, the genocide in Darfur, Gaddafi sponsoring terrorist groups from the IRA to the Lockerbie bombers. Getting closer to our time, we have seen this huge war in Iraq, President Assad bombing his own people in Syria, which has intensified the refugee crisis that has put pressure on the politics of Europe, Putin also bombing in Syria, and of course ISIS has been not only destabilizing the Middle East but also spreading its extreme jihadist ideology around the world, and sparking attacks in our own countries now.
All of those threats and crises have one thing in common; they all come from countries that produce a lot of oil, and that means that, ultimately, it is our own money that has gone to buy the bombs and the bullets and the torture chambers for those men. 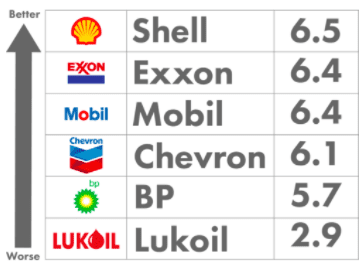 You will often hear a throwaway comment like, ‘Oh, it was all about the oil’, when talking about 9/11 or the decision to invade Iraq in conversations with people in general. So do you think that generalised statement is actually not too far off from what you are saying?

When most people think about oil, they do think about the many unjust wars that the West have launched for the sake of oil. Of course, they think that we should be getting off oil as soon as we can for the sake of saving the planet from climate change. Both of those things are true, but there is a deeper story, and the deeper story is why we are in business with these autocrats, extremists and militias around the world. It is our own laws that say it will be legal for us to buy oil essentially from whoever has the most guns, whoever can control the oil by force. So for example, years ago when Saddam Hussein took over Iraq in a coup, it became legal for all of us to buy Iraqi oil from Saddam, and then years later when ISIS took over those wells, it became legal for us to buy oil from ISIS. 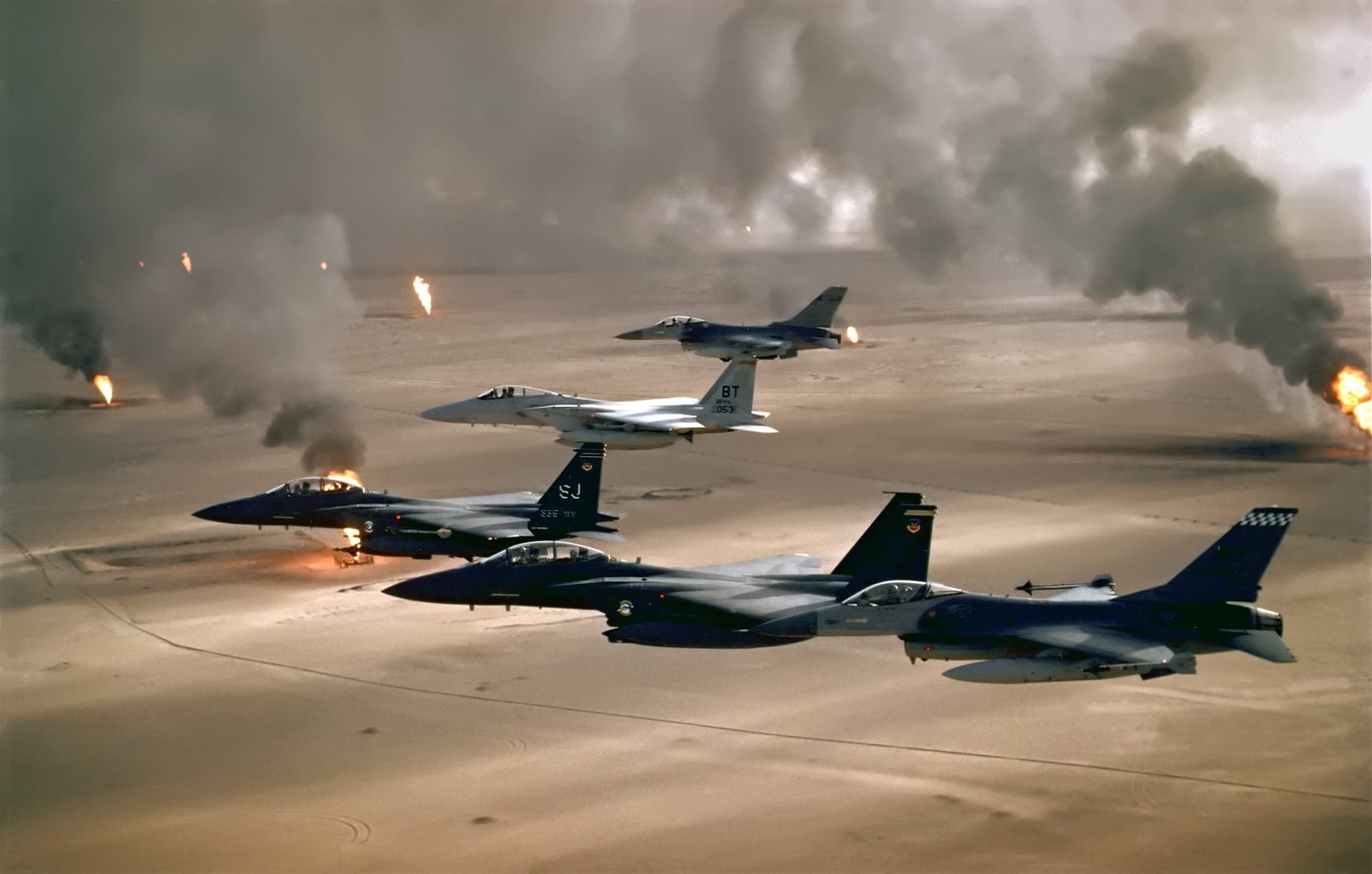 You often use the phrase ‘might makes right’ when talking about this issue. what do you mean by that?

That is the phrase for the law that now every country uses but we all take for granted.

To put it into perspective, when an armed gang takes over a gas station down the street and starts selling off the gasoline, nobody would think that our laws should give the gang the right to keep the money from us but that is the way the world actually does work when it comes to the natural resources of different countries.

I can give you another example that goes beyond even oil. In your smartphone, there might be a small piece of the Congo that was extracted at gunpoint by one of the terrible militias they have, who have used sexual violence as a weapon of war for so many years that the Congo has been called the worst country in the world in which to be a woman. But even if there is a piece of the Congo in your smartphone, I guarantee you own 100%, every molecule in your phone under the property laws of your country.

“In your smartphone, there might be a small piece of the Congo that was extracted at gunpoint by one of the terrible militias they have.”

You give several examples of countries that have led by examples, such as Botswana with the diamond trade being owned by its own people or Norway with its people owning its oil. How do we get other countries thinking this way?

The resource curse that I have been pointing to, of authoritarianism, civil conflict and the spread of extremism, all of these big, systematic problems come from this rule of ‘might makes right’.

The lesson from the past 40 years is that the power of oil and other resources cannot be controlled from outside the country. There is only one source of power that can check natural resources and that is the people of the country. We know that because the examples that you have been raising – like Botswana and Norway, Canada, the US and the UK – these are all places where, at the most basic level, the government is accountable to its people for what happens to its resources.

Can you ever see a day when products fuelled by petroleum have a blood oil rating, much like the fair trade messaging system?

We’ve actually already started doing that. If you go to the Clean Trade website you’ll find a ranking of the major oil companies where we have discovered how much business the oil companies are doing with authoritarian regimes.

So you can see for Exxon, Shell and BP who is getting more of their profits from dictators, and if you have to buy petrol or gasoline, why not buy it from a company that is doing less business with the worst regimes in the world?

What I was leaning towards was more about the companies taking ownership of this and applying the messaging system to their own products.

If a company has got on board in that way, that would be fantastic, but so far they have not even allowed us to see where the oil coming through the pump is originating from. It’s all kept completely opaque, which is why we went around this other way with the clean trade score of the oil companies and just asked where they are getting their money. We’re hoping that will put pressure on the oil companies, and if they become clean trade then we would be absolutely delighted. 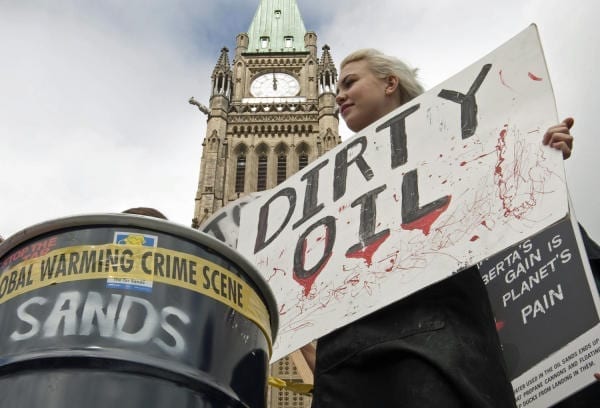 Are there any indicators to show a heightened general awareness of this issue? You have made the statement that ‘the Stone Age didn’t end because of a lack of stones, but because a better technology came along.’ So we have to be optimistic that clean energy options will eventually replace oil.

I’m so optimistic that we can do this because this bad old rule of ‘might makes right’ has been abolished so many times before in other areas. 300 years ago it was the world’s rule not only for natural resources but for everything, even for human beings. The rule for every country in the world concerning Africans was that whoever can seize them by force can sell them to us. Under that rule, 12 million Africans were sent through the terrible Middle Passage where they were bought legally as property in the New World.

Of course, this doesn’t mean that we have magically abolished power, but we can have confidence that ‘might makes right’ can be overcome one more time, and this time for all natural resources.

” ‘Might makes right’ can be overcome one more time, and this time for all natural resources.”

Do you meet with corporate executives to enlighten them about this issue? I think it’s a topic that many young people would engage with if they knew about it, so how do you gather momentum for this?

We have efforts that consumers can get involved in and we are having an outreach for investors, which is very important.

We have been talking to governments, and I’m optimistic that within a year the first clean trade legislation will be introduced in a major country. That’s the kind of concerted action that people who believe in changing the world for good need to keep up.

A country should belong to its people, not just to those with the most guns. That is the most fundamental reform.

To find out more about Blood Oil, visit the website here.