On June 24 many people across the UK woke up to an altered and uncertain future. None more so than young people in London. It is guess-timated that only 36% of 18-24 year-olds turned out to vote in the EU referendum, but those that did voted overwhelmingly to ‘remain.’ The rift between London’s progressive and multicultural attitude and that of the rest of the country was also made all too clear.
Now Britain has nosedived into one of the most politically tumultuous periods in living memory. The dust has barely settled on this extremely divisive result that will see the UK sever its ties with Europe, and the leadership of both major parties hangs in the balance.
In the midst of all the drama we wanted to gauge the mood on the streets of the UK to find out how young creative professionals are dealing with the Brexit issue and what this decision might mean for their futures. 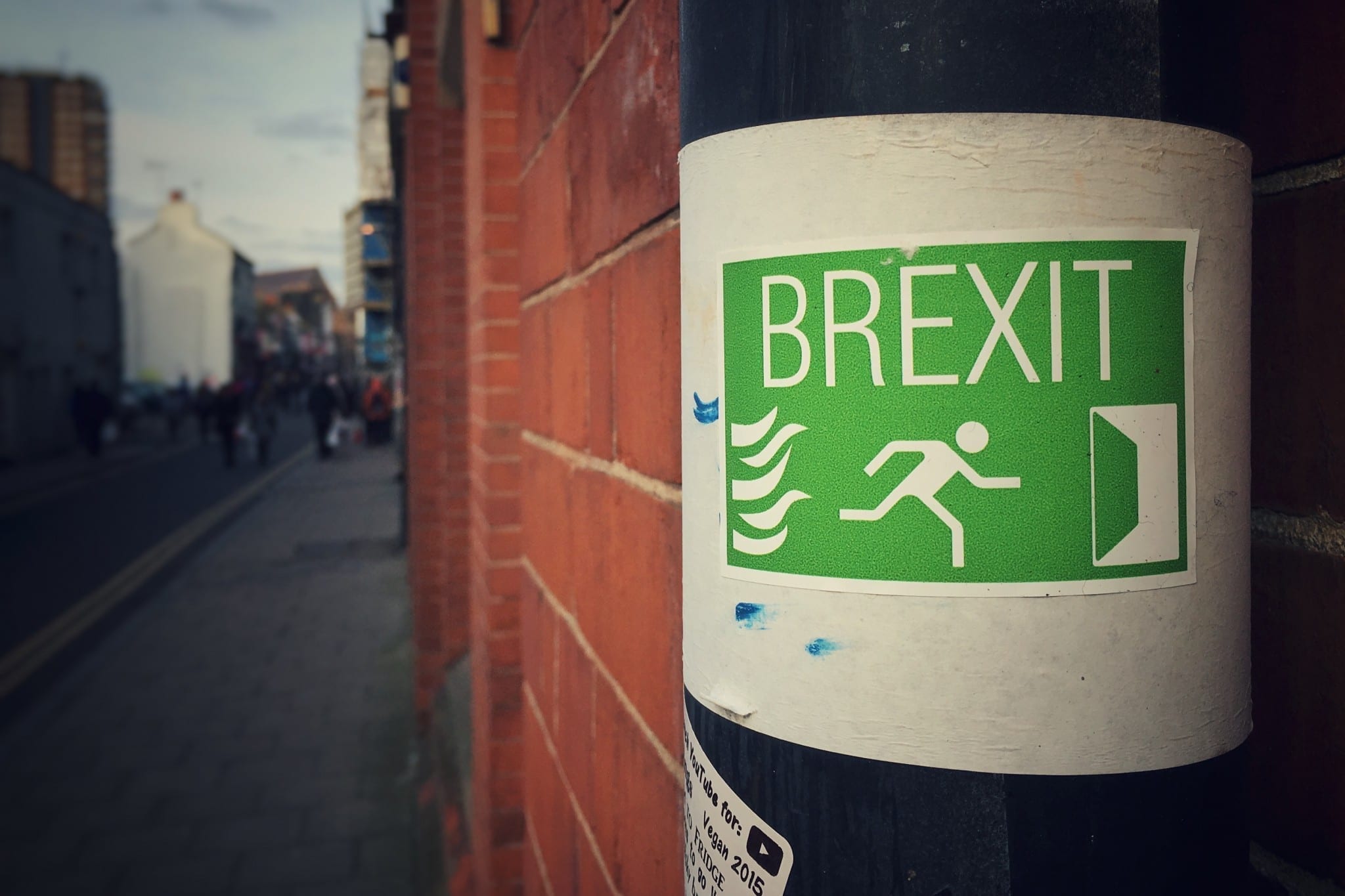 Brexit is a disastrous and eye-opening example of all the worst things about the current political and social climate sweeping across the world. I’m very disturbed by the way it has happened and the enormous propaganda machine and dodgy rhetoric that fuelled it. Together with the decision to join the bombing of Syria, and the refugee crisis, I genuinely believe this will be considered one of the major historic fuck-ups of the Century.

I think the UK is nosediving into a dangerously introverted, weirdly regressive period of what seems to be a kind of Imperialist nostalgia. What has been happening in the last few weeks, makes it very clear to me that the situation has all the right foundations to breed fascism.

Having worked towards establishing a basic but sustainable career in music for well over 10 years, I finally spent the last two years earning my living from touring exclusively, all around the world, but mostly in the EU. My work will undoubtedly be affected by this, it’s likely that all touring artists will now need to purchase visas for each country outside of the Schengen area –  every member of a band and crew. Word on the street is generally that it will fast become a logistical and bureaucratic nightmare, and very costly. As with everything, this will have the greatest effect on independent artists like me who earn smaller fees and make the bulk of their musical income from live shows.

Apart from the massive haemorrhage in my faith in humanity and the electorate, the immediate consequences for me are, so far, disturbingly unknown. There’s just a very grave feeling of uncertainty about the near future. I genuinely worry that what I do will no longer be sustainable in just a few years’ time, unless I get really lucky.

I worry especially for the younger generations heading into this abyss, and for my friends and co-workers who live in Europe and are very likely to have their lives changed forever by this decision. There really are no obvious positive outcomes from this, apart from (hopefully) political reform, and a rise in the engagement with politics both in terms of education and day-to-day life. For too long there has been a great deal of apathy, and I include myself in that. 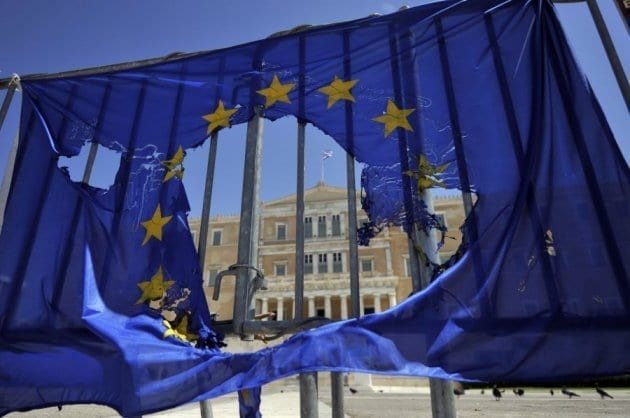 I personally identify as both British and European. The realities of an actual Brexit taking place are quite alien, since I can’t imagine that component of myself ever changing. Having lived in London for almost seven years I now know more people from other countries than people from the UK. I believe it’s this diversity that drives London’s inhabitants’ creativity and openness to collaboration.

The final outcome is anyone’s bet, but I’m quietly hopeful that a politically feasible solution to keep the UK in the EU will emerge before Article 50 is invoked or its terms finalised.

About 50% of our business at Kickpush comes from the US and Europe. Many of our suppliers are based outside of the UK. The tumble that the pound has taken in recent weeks has certainly had an immediate financial impact, but with exchange rates still fluctuating it’s not yet clear what the net result will be.

More than half of our team are EU nationals working in the UK. I don’t think any of the potential heads of state would actually revoke the right for them to work in the UK, but if it were to happen we’d have to seriously explore a move to mainland Europe. My biggest concern right now is access to talent. If the terms of Brexit restrict the mobility of ambitious and talented young people, we could see London’s tech scene lose its shine in a very real way over the next 5-10 years.

Overall, though, I have to say that I’m optimistic about the future. We’re in the midst of what could well be a fundamental shake up of the political landscape, and this could allow new voices to be heard and resonate. The sorts of populist views that are trending across Europe, and indeed the world, are frightening. But I’m resolved that the tolerance and unity that’s felt by so many will win out in the end. 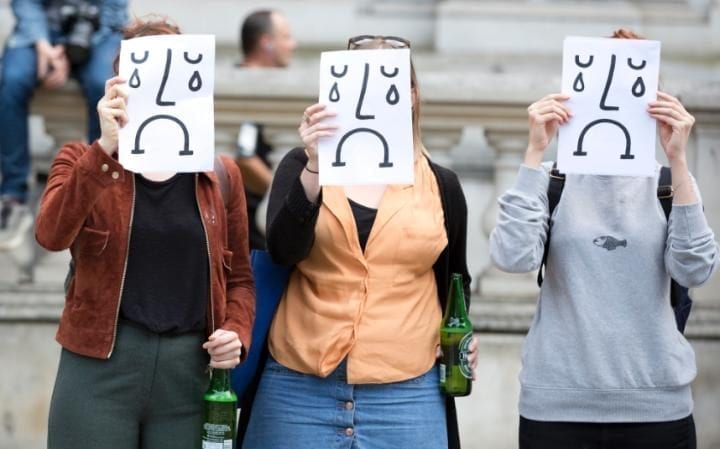 I feel sad and disappointed that Britain has opted out of the EU. I agree that the EU needs to be reformed and re-designed in a way that is more democratic, transparent and socially just. But this needs action and civil engagement by all of us European citizens, and not withdrawal.

I am currently starting up my own business, The Lissome, an online magazine and branding consultancy for mindful fashion. I had initially planned to set up my business in London but I’m now reconsidering and am exploring the idea of moving to Berlin.

I am seriously concerned about the rise of nationalistic and neo-fascist parties and movements, not only in Britain but in the whole of Europe. Instead of blaming immigration and misusing refugees as scapegoats, there needs to be a new debate about social justice in the 21st century.

Brexit is so far the political event that’s had the greatest influence on my personal life. As an EU migrant it placed me overnight in the middle of negotiations I’d never signed up for or have any say over. It’s frightening.

I’ll admit that the first thing I did after I learned of the result – like many other EU citizens – was Google ‘how to apply for British citizenship’, not that I currently feel this would be something to aspire to, and I’m also not planning to do it, as Austria does not grant dual citizenship. But I’ve built my life here, love my job, my friends – it’s home. So I’m forcing myself to stay hopeful that free movement might continue in one form or another after all.

The current uncertainty scares me. I’ve been living in the UK on-and-off for nine years, but the way PM hopeful Theresa May seems to treat EU Citizens as ‘bargaining chips’ sends a cold shiver down my spine. Overnight this country I’ve loved so dearly since I was a kid lost most of its shine and glory.

I work for a wholly global company and as such localisation of content is becoming increasingly more important, also Brexit won’t be changing anything about that. 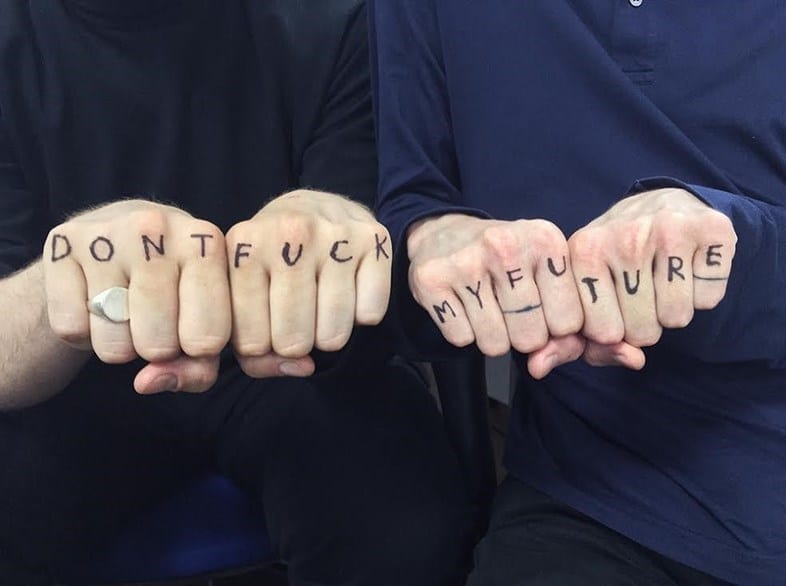 It´s a shock for me that vote leave has won the referendum with a campaign based on lies.

I really value the European idea and to me it threatens the peace, friendships and togetherness that we have accomplished over the years between European countries.

It leaves me even more puzzled that the ones who initiated it, are the ones now resigning. That doesn’t make sense to me at all. I am not sure how it will affect me. I had this image of the UK being a very open minded place where lots of different cultures and ethnicities are greatly living together. That always appealed me. I hope that won´t be damaged.
My biggest concerns right now are that racism and nationalistic thinking tendencies flourish under these circumstances spreading fear rather than empathy and compassion for each other.

I’m ashamed that people have become so upset and marginalised by our political system that they are turning inwards and lashing out in this way.  I feel that the population was intending to put their finger up to austerity and simply attacked the wrong group here.
Uncertainty grips all of us, but we’re pragmatic and looking outward, chasing more international work.  We’re putting a lot more infrastructure in Europe as a business and moving some assets around, out of the UK for the time being.  Personally, I’m not affected but as an immigrant, I’m sure whatever happens, if anything happens, will impact me personally.  But I still want to live and work in London.

Apparently racially motivated incidents have doubled in London since the referendum.  Billy Bragg said that while not all who voted leave are racist, everyone who is racist voted to leave.  I don’t want to vilify those 99% of those who voted leave.  There’s a lot of fair justification there.  But we have a problem, like all countries, with far-right beliefs and this referendum has given an excuse to some people who believe this rubbish.  That’s dismaying.