When you come to New York, you either come prepared or you find yourself floundering. It’s nothing short of an obliteration of the senses. Someone is either encroaching on your physical space, or you find yourself craving the sanctity of solitude. It could be that I have just become accustomed to Europe’s slower, more laid back sensibility, but you can’t deny the fact that the urgency is always apparent. In a city built on just over 700 square kilometres with 8.5 million people huddled together, there is no way to describe New York other than to live it or experience it in person.

I hadn’t been back for three years, a little over a year before the pandemic started. But it’s been through an enormous amount in the last two years. New York at one point became the Covid capital of the world, as one car cab driver told me, “killing a world trade centre full of people every day”. That’s quite the sore analogy and a mild exaggeration, but he was right in one way; at one point, horrific, and at its worse, New York was losing up to 1000 people a day. Amazingly, it has come nowhere near those figures since March 2020. In January of this year, it was getting up to 80,000 new cases a day, but only a fraction of those became casualties. Now that 75% of New Yorkers are fully vaccinated, people have opened their doors ajar and can look outside and smell the city air for the first time.

I for one, was living in a city that felt like an aimless mess, no one was at the wheel, and when they were, they were playing hard and fast with restrictions. On the other hand, New York was dealt a pretty severe blow; the lockdowns were acute, 20 million people were ordered to stay inside at one point, and a million public school students were sent into remote learning for more than a year. 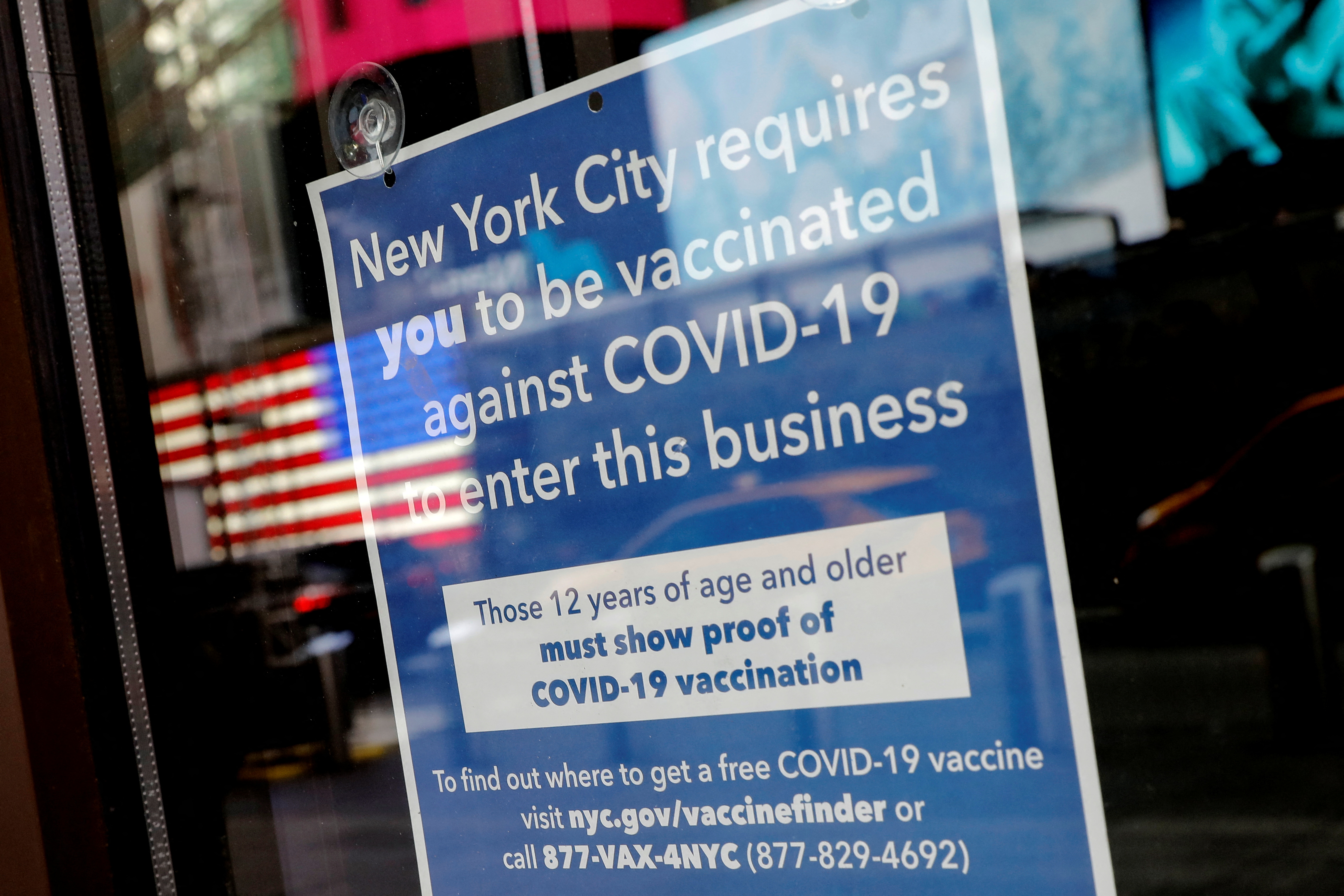 With so many elements of paralysis in motion, I came here eagerly looking for signs of life; I wanted to see if the cultural sector had survived or was it in tatters? The short answer is both. The long answer is more complicated. I like how The New Yorker phrased it – “It feels like the end of a tsunami: the great wave came, washed over everything, and now has pulled back, and we can inspect the beach.” So what did I find?

In a city that is slowly trying to restore itself to the halcyon days of 2019, you feel the dour energy, a sense that someone had turned the lights on during a raging party, and now everyone was finding their way to the door. Starting the century with September 11, then the quagmire that was Trump, rising crime rates, and now consumed with inflation,  you can see that crisis after crisis has clearly hit the pockets and minds of people everywhere.

“In a city that is slowly trying to restore itself to the halcyon days of 2019, you feel the dour energy, a sense that someone had turned the lights on during a raging party, and now everyone was finding their way to the door.”

The problem documenting such a turbulent shift from the outside is that everyone is sick of hearing or talking about this damn pathogen; most people just want to move on with their lives. And that is where the arts sector comes in,  regenerating and giving new life to the city, telling entirely new stories—one of New York’s primary sources of power. The sector pre-pandemic was a good litmus for the times, employing around 500,000 jobs and generating some $120 billion. But since the pandemic, it had declined by a staggering 66 per cent year over year, the most devastating drop among all economic sectors.

I spoke to the young up and coming actress Bailey, 32, who worked as a barista over at Everyman Espresso Cafe in the East Village, originating from Texas. “Extremely hard is an understatement.”, she told me. For the last two years, she has resorted to doing Shakespeare over Zoom, but when the Mayor in early March 2022 lifted the mask mandates, life returned for Bailey; she lamented, “A camaraderie arose amongst the acting community, we were forced to look out for each other. Finances and struggles became more normalized. The artistic community was brought together via general trauma.”

Tourists proverbially emptied out of the theatres almost overnight; they went from 66 million in 2019 to a staggering 23 million in 2020, rebounding to 33 million in 2021; it is now expected to make a comeback to 56 million this year. That is pending there are no more significant outages on a global scale. But from what I could gather anecdotally speaking, the city felt healthy, just incredibly cautious, with a prevailing sense of vigilance. Just as we arrived, the mask mandate had been lifted by the mayor, heralding a new phase in its recovery. 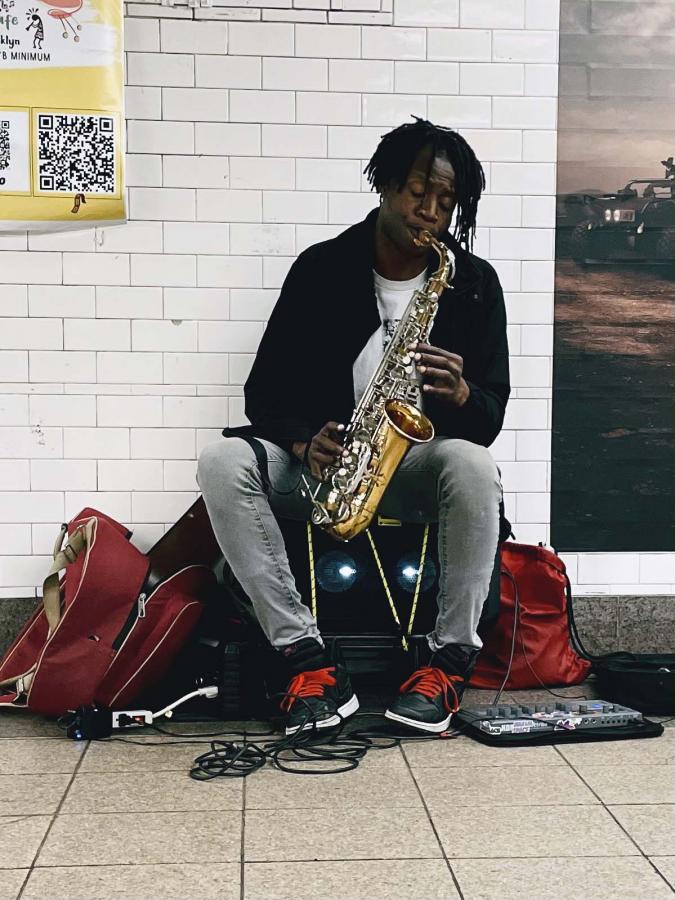 Other signs of life were appearing in the hospitality sector; Leo Glazer, the GM of Moxy East Village, looks after one of the most vibrant hotels in New York. He told me, “It was an unprecedented moment for the city at large. we’d become so accustomed to this frenetic pace, and in March 2020, the city just shut down.” But now speaks with unbridled optimism about the city’s future “The next two years will be the best years in recent history in New York City, culturally speaking. There is such excitement, considering people were stuck in their apartments for so long.  Now they are ready to go.”

How New York answers this moment is key, there is a prevailing sense that if New York is back, then the rest of the world is back. From burnout to bubbles, the city is amongst the most resilient in the world; if it can come back from September 11, then it can come back from anything. But I think we all feel that the headwinds haven’t fully cleared, that challenges remain ahead, even though we don’t know what they are just yet. As for the cultural sector, Bailey informs me that the difficulty during Covid was keeping herself creatively motivated, needing a reason to persist with acting. However, as she bursts with enthusiasm, “Once I rediscovered the fire, the reasons came flooding back.”

Crisis’ can often draw the best out of people; I found that after sampling the finest that the city had to offer, from its restaurants to its theatres to its landmarks, that there are not only signs of life but that it will go on to draw great courage from this inflection point and use it to kickstart not only a new dawn but inspire a new generation of creators.

Thanks to the Moxy East Village for their hospitality.
Written by founding editor Ari Stein