It remains one of America’s most disturbing stories today,  the abandoned old South of America. A starved cultural wasteland ravaged by the opioid crisis and high unemployment. 35-year-old American photographer Morgan Ashcom has turned his latest work, What the Living Carry into a half-documentary half-fantasy investigation of his roots. This work could easily have been like something out of Cormac McCarthy’s The Road, a post-apocalyptic tale to stir the hearts.

A rich colourful tapestry weaved through a town made up by Ashcom called Hoy’s Fork set amongst the foothills of Virginia. The recently released book focuses on the many battered lonely characters, long stretches of high roads and eerie towns that are scattered throughout. 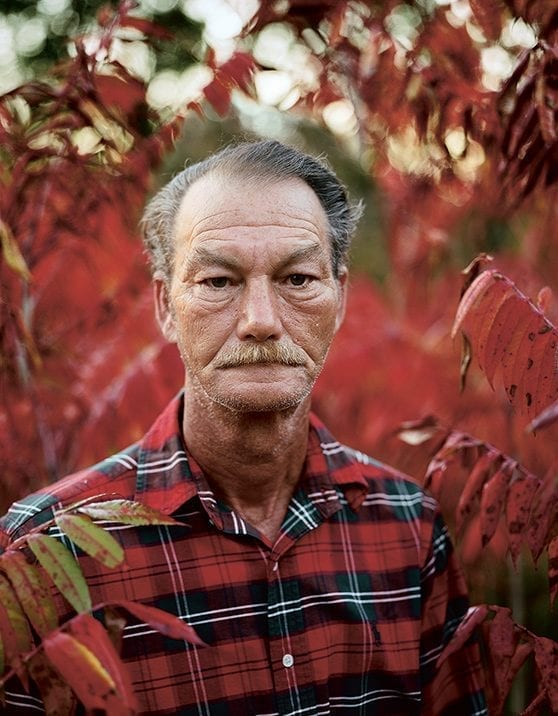 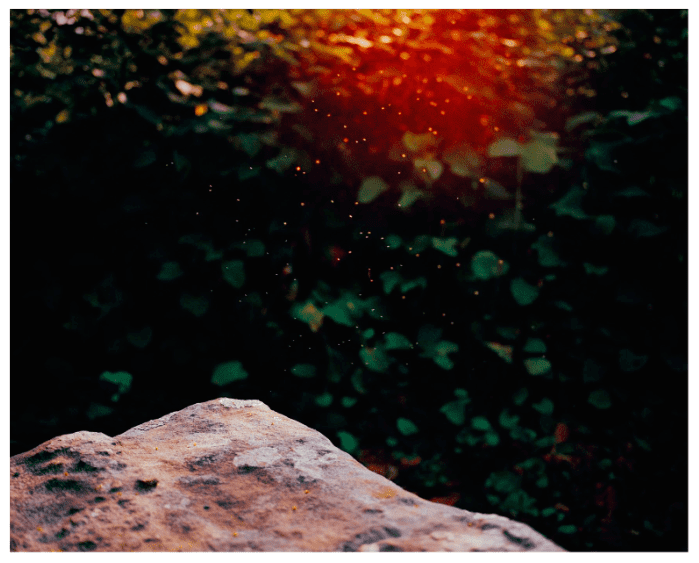 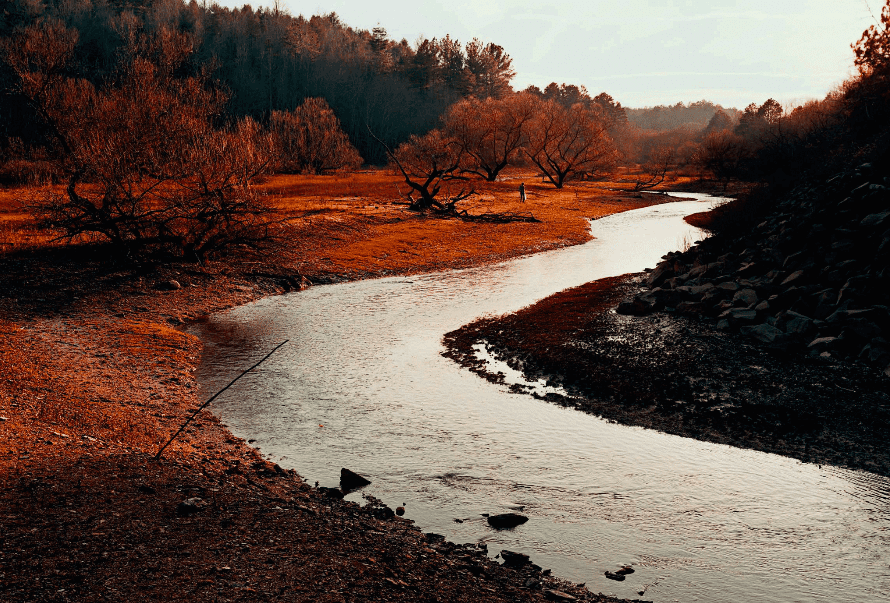 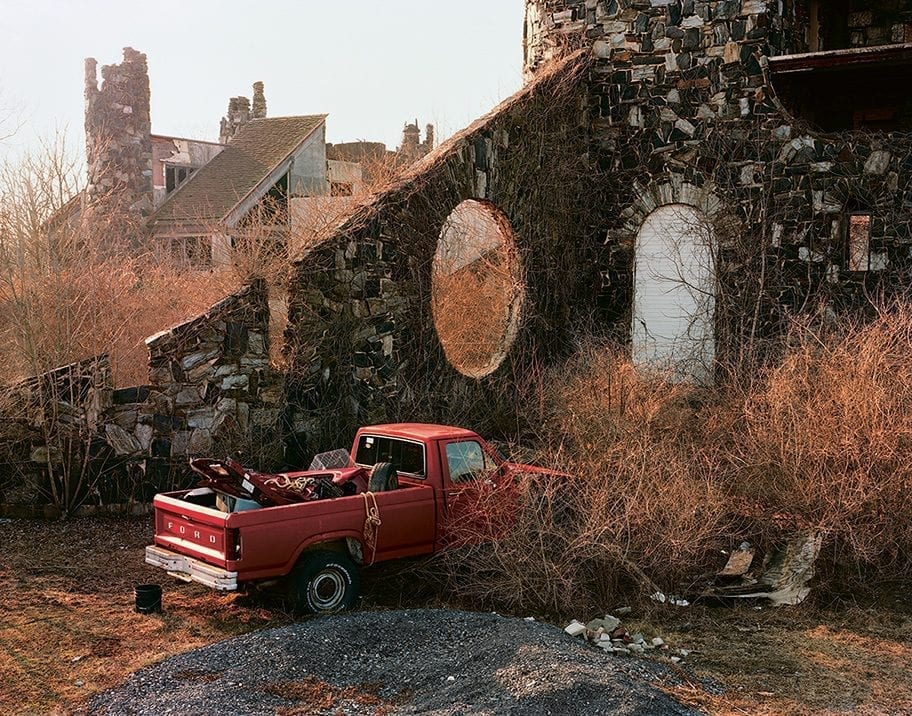 Echoing much of the work of iconic photographers, Gregory Crewdson, Alec Soth and Jeff Wall. His work is timely, political and melancholic.  What the Living Carry is his second book after his debut Leviathan in 2015 which also depicted a remote midwestern community established in the Appalachian Mountains of Southern Ohio. 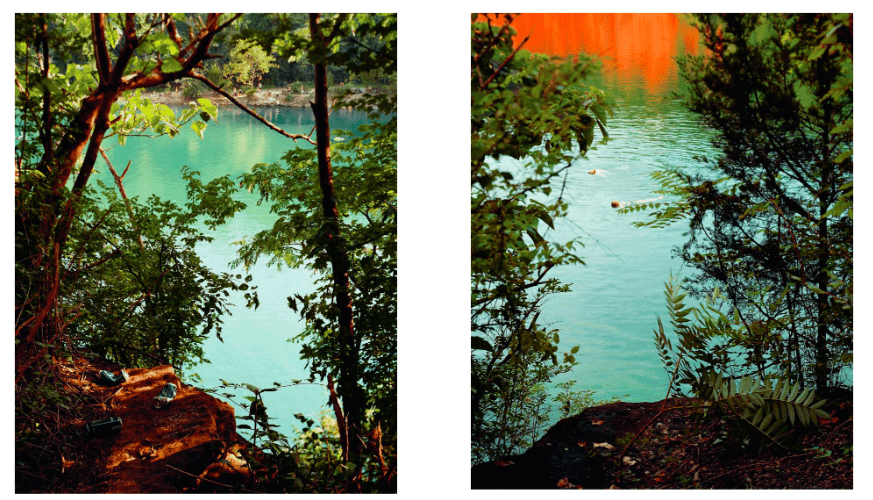 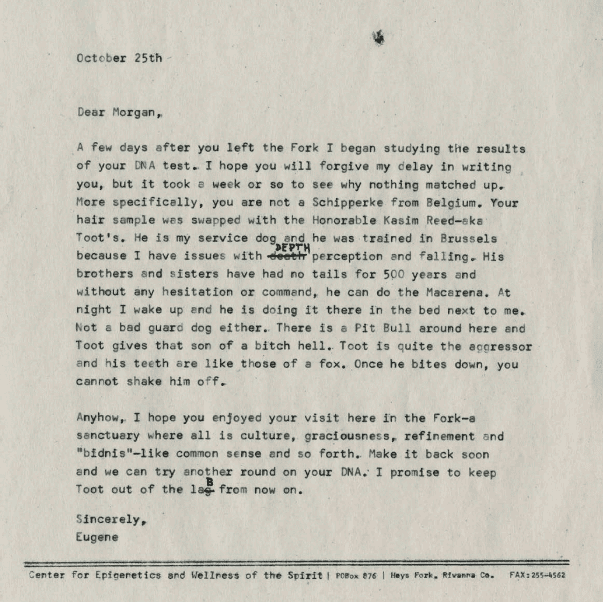 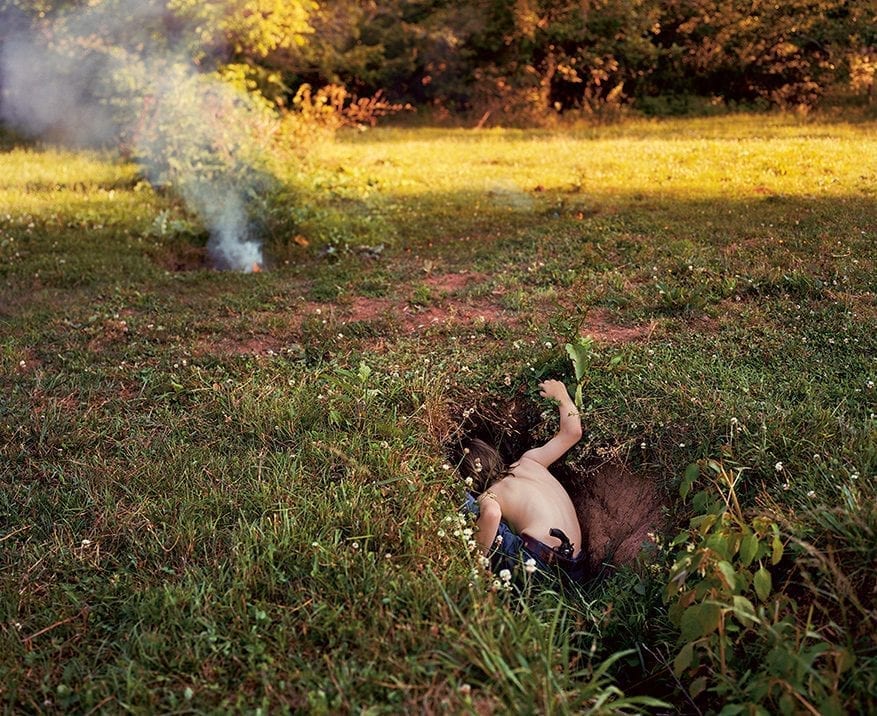 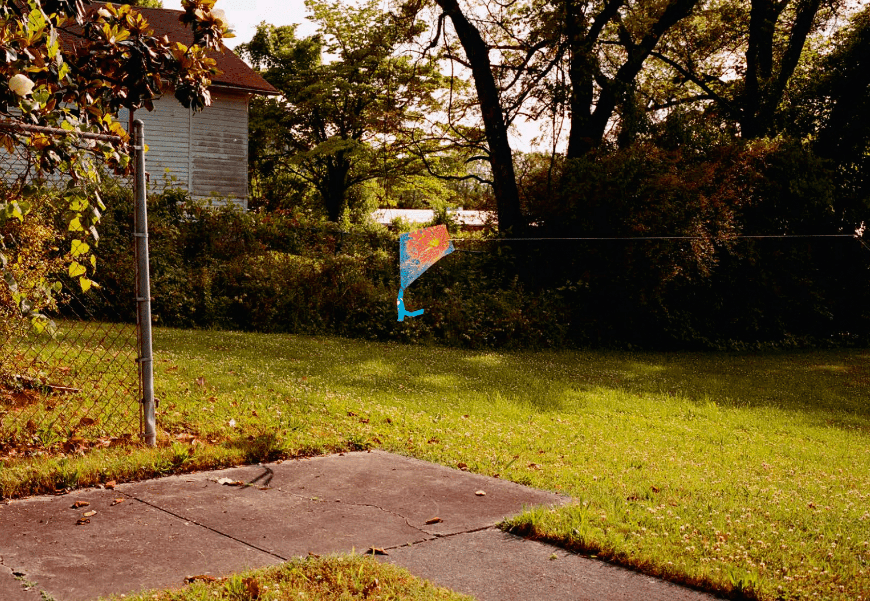 In previous interviews, he has said, “I’m interested in the fictional possibilities of photographs.” Whether he knows the people in the book remains a mystery. Drawing on memories of the rural setting in which he grew up, Virginian photographer Morgan Ashcom brings together photographs, type-written letters and a hand-drawn map to build a fictional narrative of a foreboding place. 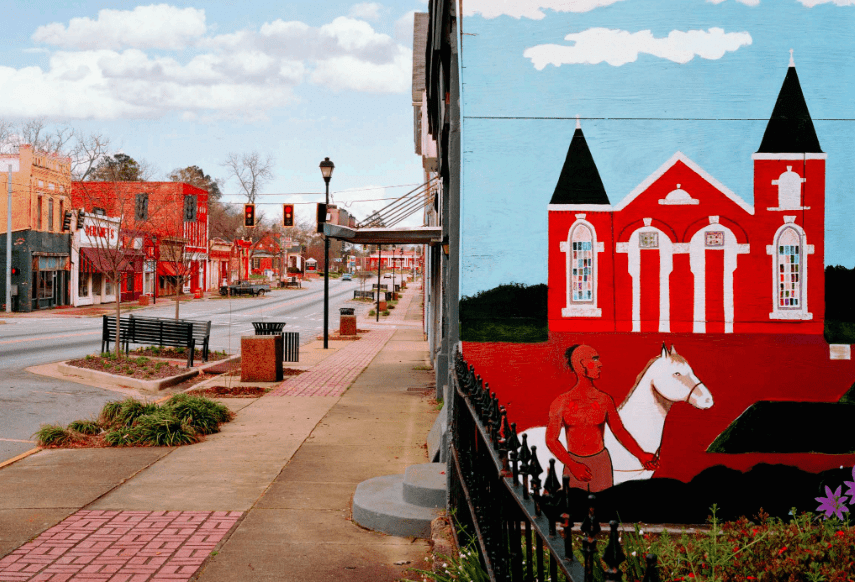 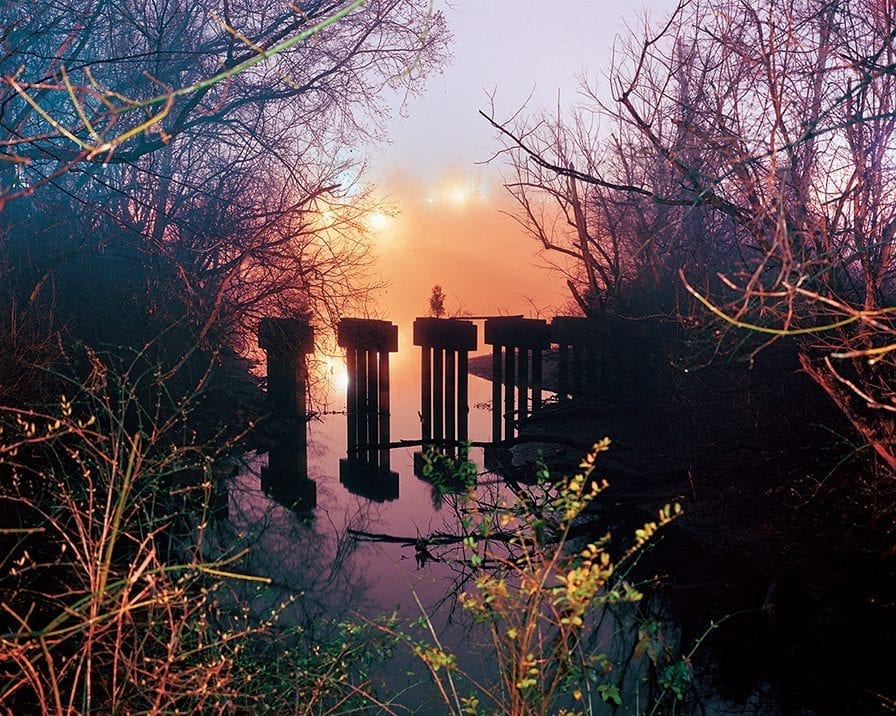 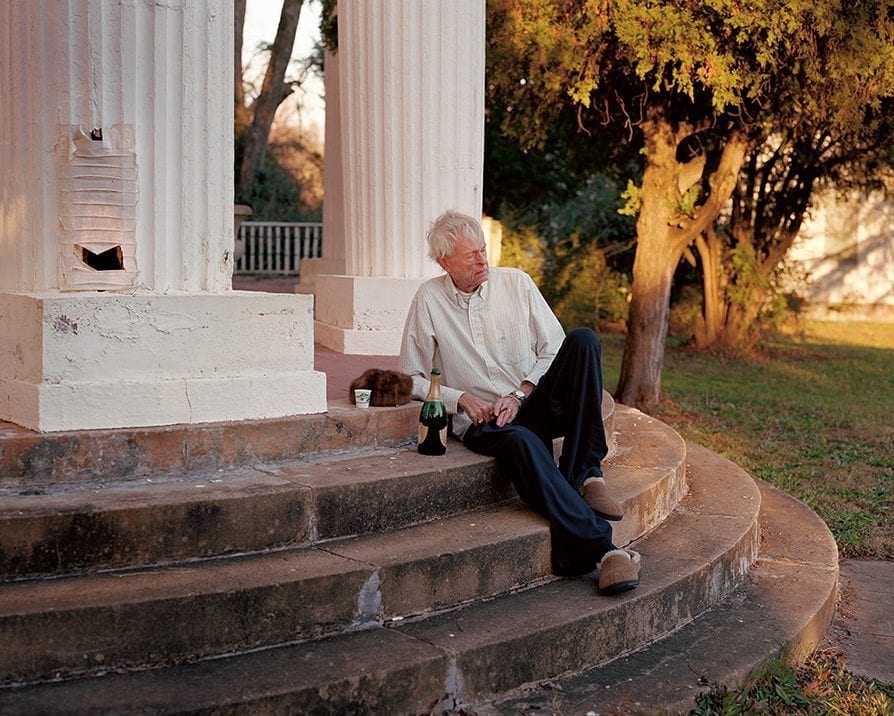 Leading us on a trail through the town and its surrounding forest, Ashcom presents scenes that point to a mysterious history. Interspersing this fragmented narrative is a set of texts – four letters responding to ‘Morgan’s’ request for DNA analysis – written by ‘Eugene’ of the ‘Center for Epigenetics and Wellness of the Spirit’. If What the Living Carry provides a set of clues to unravel the enigma behind this strange world, it is a visual record that is simultaneously autobiographical and imagined, and inclined to elude.

What the Living Carry is out now on Mack books