Documentary filmmaker Reiner Holzemer has featured some of the top creatives in the world of art, from Juergen Teller and William Eggleston to Karl Lagerfeld, and now he turns his lens on Dries Van Noten. The Belgian designer has been one of the pioneering forces in fashion since he burst onto the world scene as part of the celebrated Antwerp Six in 1986. His work is universally praised for its exploration of fabric and the unexpected clash of prints and colour, but we know very little about this discreet designer. Living in a remote area of Belgium and preferring to stay out of the spotlight, this element of intrigue is exactly what drew Reiner to making the Dries documentary, giving us an unprecedented glimpse into the calm craft and obsessive perfection that makes Dries one of the most respected fashion designers of our time. We talked to Reiner about the man that he encountered, his enduring influence on the fashion industry and what it feels like for the eyes of Dries Van Noten to glance over your sartorial choice for the day…

What sparked your interest in Dries Van Noten as a documentary subject?

I met Dries in 2010 when I was shooting Juergen Teller for a documentary. Juergen was shooting the actress Dakota Fanning in Dries’ summer collection for American Vogue. That was the first time I came across Dries’ work, and I loved what I saw. I loved the person behind it as well, who was very normal in a positive sense, not the typical ‘fashion’ character. After we met I did a lot of research online about him and found out what a cult figure he is in the fashion world and also how unique he is in the way that he organises his whole company, being completely independent, which is very important for his work. So all together I thought that this was a very interesting man. What I did not know at the time was that he didn’t like having the camera on him.

He is one of the most revered figures in fashion but also one of the most reclusive, which obviously adds to the intrigue and why people want to get to know the man behind the designs. How did you convince him to be part of this film?

After we met I asked Dries about the idea and he personally sent me a lovely handwritten letter saying that he was quite charmed by the proposal but it wasn’t the right time.

It took 3 years of being patient and nice, not pushing him at all because that wouldn’t work, for him to finally accept. There were 2 reasons why he didn’t want to do it at first; he was just too busy and also he is a complete perfectionist. He is also a very discrete person and the films and TV shows he had seen about fashion before made him worry that people would focus more on the mistakes – the TV dramas you see about everything going wrong backstage with models coming late and so on – and he wasn’t really interested in that. I explained to him that my approach would be different and I would look at him in the way I look at any other artist, whether it is a painter or a photographer, just seeing how he works and also how his mind works. I also wanted to see where he comes from and find out who the designer is in a private sense.

I think he liked the approach and the reason he said yes after those 3 years was because I am not from fashion but I could bring that artistic approach to his world. 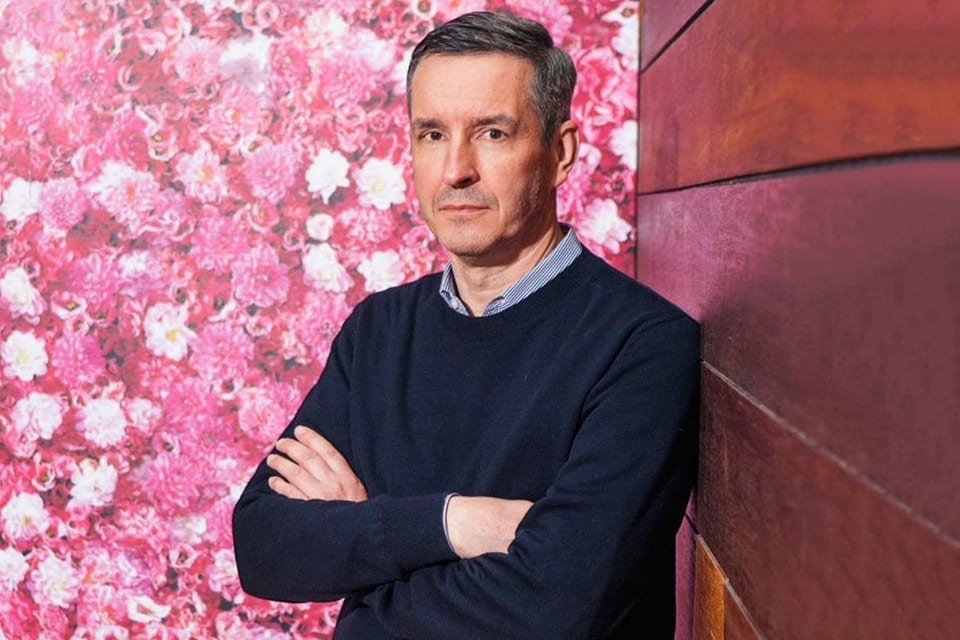 I thought it was so telling of his creative process when you showed him at home arranging the flowers because the way he went about it was so meticulous and every detail was thought out. Throughout your time of following different creatives from multiple art forms, have you found that this perfection and obsession is a recurring theme?

Yes, it’s essential. And I’m the same in my work. In the film, I ask Dries when the moment is that you have the feeling you have found the collection, and he says that he very rarely has that moment, even after the show. He sees the mistakes more than anything else and it’s quite similar for myself.

I wanted to touch on something that Iris Apfel said in the film about the fact that we are losing that generation of designers who push fashion forward from a creative perspective. What did you observe about his design process that sets Dries apart from a lot of other designers in that respect?

I think it’s the way he lives. He doesn’t live in Paris or any of the fashion capitals, he lives very remotely with just his immediate team around him. Also, his economic structure, which is still independent and I think he owns the company 100%, which is amazing. He is good in both worlds, as a designer, and as a businessman because he has always focused on the things he knows. I could never imagine him working for a big brand with a board of directors above him. I think he really needs that independence and also I think he needs to stay in Antwerp because he isn’t distracted by the daily trends of fashion.

“If you see Nicole Kidman or Michelle Obama wearing Dries Van Noten it is because they have bought it. That’s a very honest way of dealing with the industry.”

on dealing with celebrities and his work

This film differs from other fashion documentaries that I have seen because you get such an intimate view of how he lives his day-to-day life as well?

From the beginning of this film, I was always thinking about doing something different. I was also inspired by a critic’s review in the New York Times that I read about another fashion film that I won’t name. He said that when he watches these fashion documentaries, he always feels like they want to sell him something, and that feels dishonest. I agreed with what he wrote so I thought I would do things differently.

It was important to show Dries’ personal life because it makes the film more believable, and that is something that correlates with what Dries was saying when he talks about the shows not being a big advertisement for the brand – he wants there to be honesty and reality behind it, and I could say the same thing about my work.

I showed Dries the rough cut of the film and he approved of the shows I chose to include. I’m so happy that he really likes the film… maybe there were 1 or 2 seconds he didn’t like but that’s ok for me. 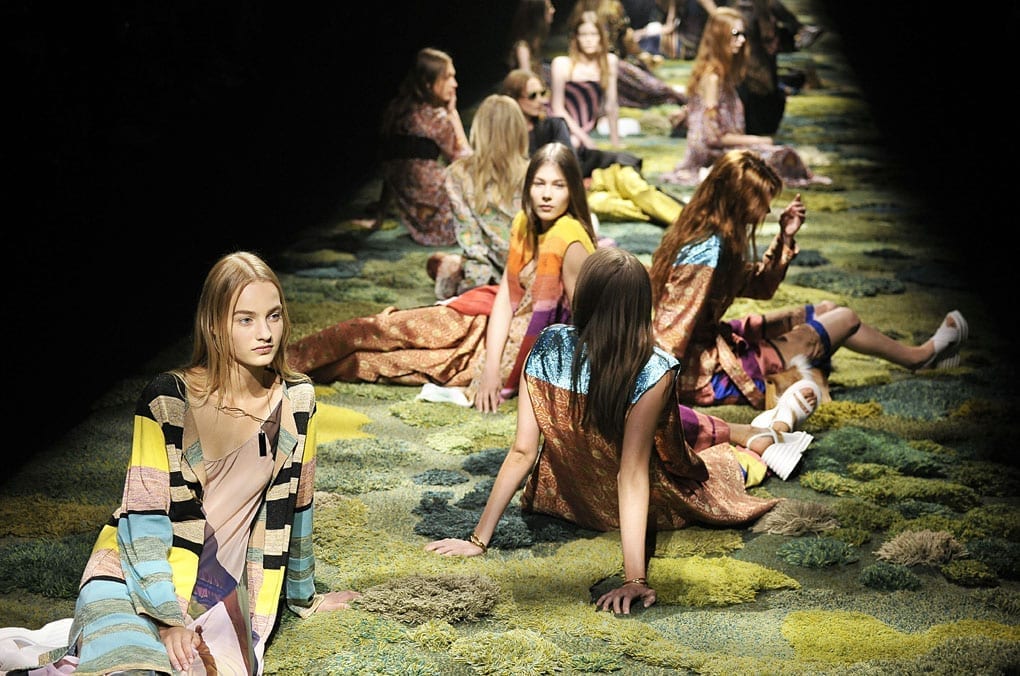 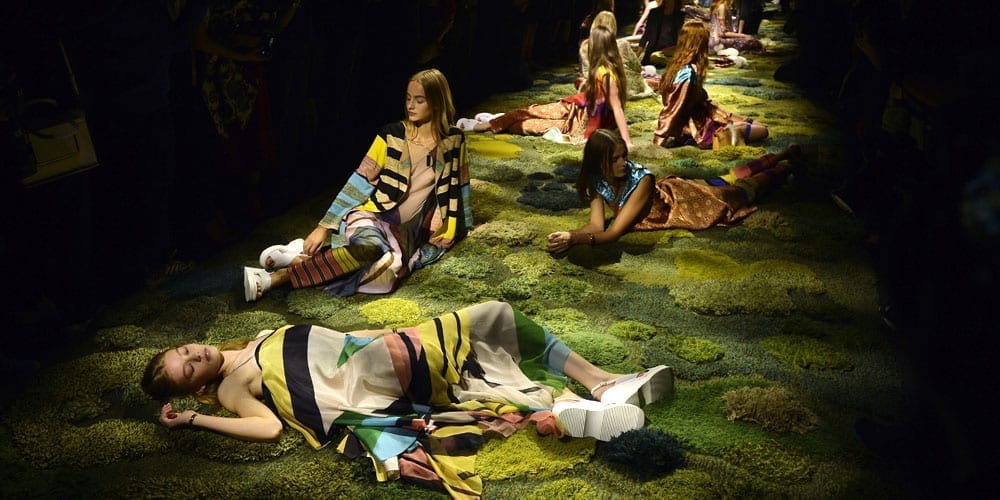 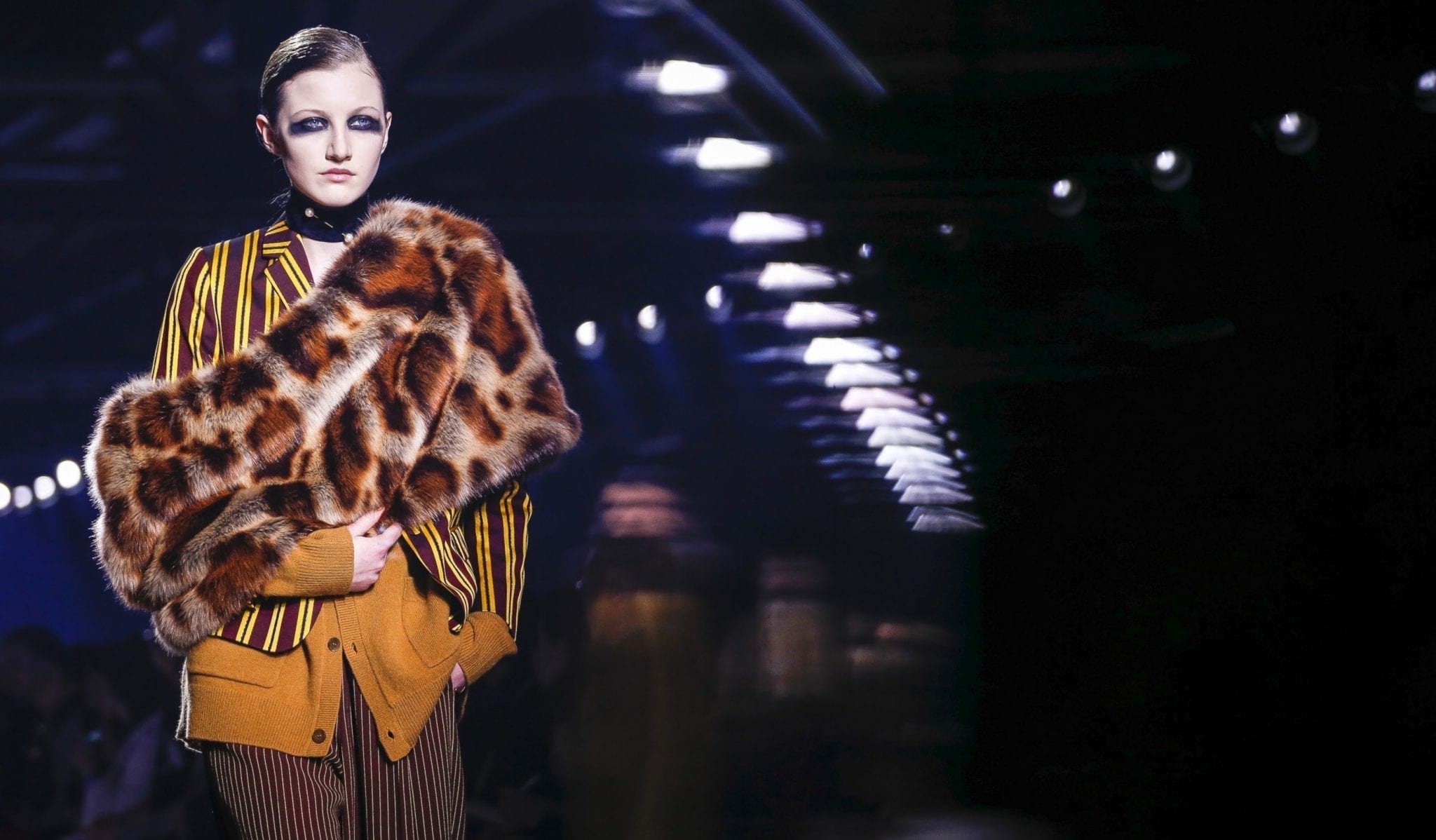 You followed Dries for a year in the film, so we saw him create 4 collections, both women’s and men’s. It was a really good insight into the massive pressures of the fashion industry.

Yes, I agree. Dries said to me that he creates something like 5,000 single pieces a year.

From an outsider’s perspective, do you think that the fashion industry can learn that we need to protect the creativity somehow by reducing these pressures?

Of course. If I were to be an optimist, I would hope that people learn from this film that there is much more creativity as a result, but if I were to be a pessimist, I look at the industry and I see that it is all about sales. Most brands make the majority of their money from accessories or perfumes, but Dries makes his money from the fashion – he sells what he creates. Maybe this idea should encourage young designers because it shows that there is a way of being financially successful if you really concentrate on the essential work of a designer, which is making clothes in a way, as Iris Apfel says, that is very perfectionist and a focus on the quality. When I talked with Iris she was complaining that today you can just put a label on something but the fabric quality is awful, but Dries looks for the best result by researching the shapes, the fabrics and everything.

I think watching how Dries works in this film restores some faith in the art of fashion.

Well, Dries really just focuses on the essence of fashion, not the side stories. He doesn’t pay celebrities or influencers to wear his designs, so if you see Nicole Kidman or Michelle Obama wearing Dries Van Noten it is because they have bought it. That’s a very honest way of dealing with the industry.

Dries is available now on DVD and on demand