What is reality? It’s a question that the human species has wrestled with since time immemorial. Everything that we see, feel and touch on a day-to-day basis is definitive proof of our existence, right? Not so fast. Drawing on thirty years of his own influential research, as well as game theory, neuroscience, and philosophy one maverick cognitive neuroscientist based out at the University of California, Donald Hoffman is now offering us a new matrix styled framework that we could call our own.

Donald Hoffman stands alone confronting hundreds of years of infallible theories that have set the groundwork for our current reality, yet Hoffman argues these are merely just a bandaid. That everything we know about our existence is wrong and for good reason. For what is really there, is simply too complex for us to comprehend. Evolution has found a way to subvert our attention to simplify the reality we experience.

Hoffman argues that science has always been about what happens inside spacetime and that for the first time, science might be able to step outside of that. Hinting that what we perceive on a day-to-day basis is not our fundamental reality; that there’s something deeper. Just what that is we try and find out. 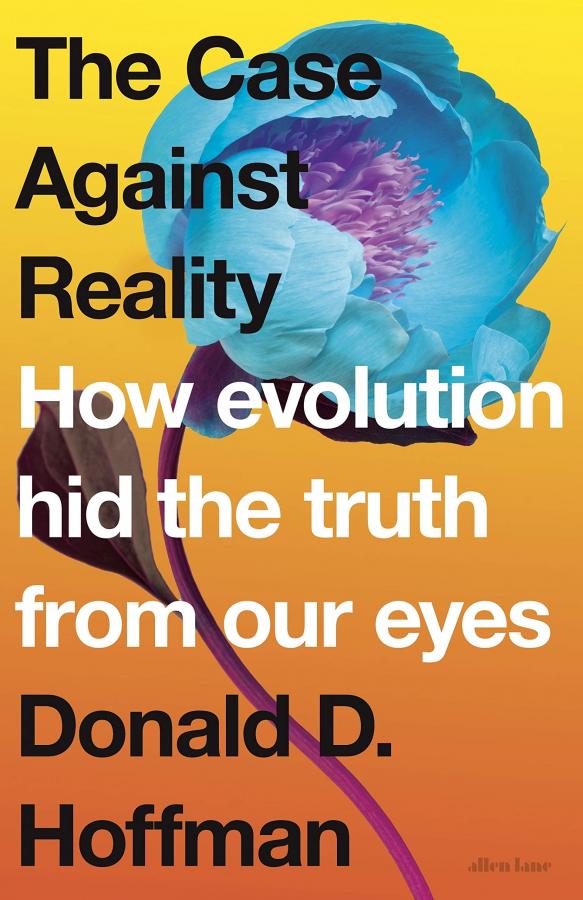 The book that you’ve just released The Case Against Reality: Why Evolution Hid the Truth from Our Eyes. Very controversial, deeply provocative, and deals with some weighty themes around the nature of reality. You say that the very language of space and time is essentially the incorrect way to frame our current existence. 500 years ago you would have been hung in the town square for making this statement. Do explain?

What I’ve been doing is taking one of our most respected theories, namely evolution by natural selection and looking at its implications. I ask the question, does natural selection favour organisms whose perceptions tell them truths about objective reality? Or does it favour organisms that perhaps see less of objective reality, and are just tuned to the fitness payoffs? And what we’ve found is that organisms that see reality are never more fit than organisms of equal complexity that see none of reality and are tuned to the fitness payoffs.

When you then study the fitness payoffs, you realise that fitness payoffs generically have no information, or erase data, about the objective structure of the world. What you realise is that we’re being tuned by natural selection.

“General relativity and special relativity are wonderful scientific theories which we’ve used to describe our experiences but not of the truth.”

So to clarify, you’re saying that we have fine-tuned our reality to the point where fitness payoffs have stripped us of certain ways that we see reality.

There’s another sense of reality which is, if I have a headache you might say that headache isn’t real because it would only exist if you perceive it and if you don’t perceive it, it doesn’t exist so it’s not real.  Evolution has shaped us with experiences, but those experiences do not reflect the structure of objective reality. According to evolutionary theory, they would only reflect the structure of fitness payoffs that govern our survival and success. 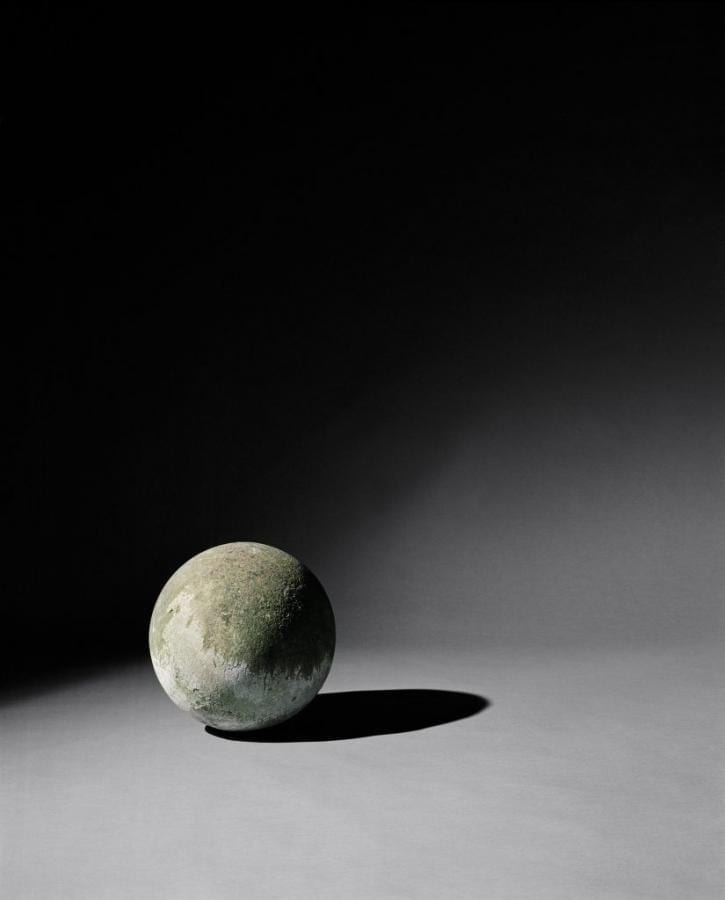 We would have to assume that the theory of evolution is correct in order to make your hypothesis fit.

Some would say that these kind of theories that you’re hypothesising are not new at all, that they go back thousands of years, verbalised by different traditions such as Buddhism, who have said things like, “The mind is the creator of all reality”.  What do you think?

This lines up with some of the ideas that you hear from various spiritual traditions. Buddhism, Hinduism, mystical strands of Western religions as well. I wasn’t motivated by that; I was motivated by seeing where the mathematics takes us.  We‘ve talked with people from those traditions and very interested as a scientist to hear their ideas. I take nothing at face value. I think they will have some great ideas and I think they will have some mistakes. In science, we have some great ideas and some mistakes. I think the big difference between what I’m doing and many of those traditions is the issue of dogmatism. I state right up front that I’m probably wrong, and I’m looking to be precise in the theory-building process so we can find out precisely where I’m wrong.

“We might, for the first time be ready, with the scientific tools we have to go beyond the human form of experience, our interface as I call it, to a theory of objective reality. “

The spiritualists of this world might challenge that sentiment and say that’s precisely where you’re wrong that this type of idea shouldn’t be about scientific observation but tested by authentic experience.

From my point of view, science has never had anything other than experience as its subject matter.  Science has only been studying the structure of our experiences; it’s been quite successful at that. Science is doing a great job, including my discovery that their current theories are just wrong.  There’s a field called psychophysics within experimental psychology which deals explicitly with tools for experiences that may or may not be repeatable in how we can understand them.

We might, for the first time be ready, with the scientific tools we have to go beyond the human form of experience, our interface as I call it, to a theory of objective reality.  And by the way, I’m great friends with many people from spiritual traditions. Someone at one point when I gave a talk on a scientific model of consciousness stood up and quoted Rumi. The quote was something like “The language of God is silence; all else is a poor translation.” The implication was that any attempt to deal with consciousness using mathematical tools of science is doomed to failure; the only right answer is silence.

It feels like there is a lot of truth in that. I want to shift just a little bit – so you’re trying to come up with a hypothesis that constructs our objective reality or what you call conscious realism. Would you say that when you use your mind to construct that reality, you’re essentially ruining it? Meaning that we won’t be able to solve this issue by using our mind?

Great question and the answer is perhaps not. It’s entirely conceivable that our species does not have the concepts that are needed to understand objective reality. We don’t expect monkeys to be able to understand quantum mechanics. They didn’t evolve with the concepts required to do that. I’m not sure that we have the concepts necessary to do it, but I am sure of this, if we give up at the start, we will never come up with a correct theory. So it is a matter of strategy, as opposed to saying, we can’t, so let’s have a beer and not try.

The mathematically precise proposal that I’m pursuing is something I call, a theory of conscious agents. A conscious agent intuitively has the ability to have experiences and to choose actions based on those experiences, its actions can affect other agents which have experienced, and it will affect how they then choose their actions. This is all out of spacetime and matter.  So, spacetime will arise as merely a user interface that specific agents use as a way to simplify their understanding of all the other agents. Just like a vast social network, like the Twitterverse?

There are tens of millions of users with billions of tweets, but if you’re trying to understand the Twitterverse, it would be overwhelming. You can’t look at all tweets; you can’t interact with all the users; you need a visualisation tool. And that’s what we have. Spacetime and physical objects are our visualisation tool for interaction with the vast social network of interacting conscious agents.

They don’t look like anything we know. They’re not describable. That’s why I’m forced to go with mathematics. What the mathematics tells us is that these agents essentially have an infinite variety of conscious experiences, each of which is beyond anything I could concretely imagine. Instead of saying, what do they look like? I’ll say that they have experiences of such variety that I can’t even concretely imagine at all.

Does this kind of work ever cause you existential anguish?

It’s a shock to deeply held assumptions. I, like pretty much everyone else I’ve met, believe very deeply that the moon exists, and I’m just seeing the truth when I open my eyes, my senses report the truth, and that spacetime is in some way the fundamental framework in which all of the reality takes place. To realise that all of that is probably wrong, that there’s a far more deep reality of which spacetime is just a visualisation tool – It’s a bit of a stunner.

“Is there going to be social and political implications to this? I believe that there will be for many people, that will be painful.”

I can hear a chorus of dissent within the traditional circles of the scientific community – having said that do you think humanity is ready for such a shocking truth?

I think the younger generation is. I teach four or five-hundred undergraduates at the University of California every year and when I talk with them about this subject, I find that they’re incredibly interested. They’re open to it and eager to explore the implications.

In the following sense, I think it’s going to be quite straight forward for us. Virtual reality technology is getting to the point where we will have the immersive experiences that are just as vivid and just as compelling as everyday life. It won’t take a genius to pull off the headset and ask the question of what we call the objective reality of space and time. It will just be a natural question. If virtual reality is so compelling and immersive, what about what I call real reality? It’s compelling and immersive, but that doesn’t mean it’s real. Maybe I have always had a headset on.  Many students I find are eager to explore what is behind the headset.

I think there’s a deeper part to your question which is, is there going to be a social and political implication t0 all of this? I believe that there will be for many people, that will be painful. For the older generation probably too painful. They will walk away from it. But the younger generation, perhaps in part because the older generation doesn’t like it, they will embrace it.

The Case Against Reality: Why Evolution Hid the Truth from Our Eyes is out now through Penguin