With only one song to her name on Spotify, Joannah Jackson, a.k.a. Sloan Peterson, (not Ferris Bueller’s Sloane either),  is as fresh as they come.  A 23-year old antipodean obsessed with the Beatles, who looks like they’ve just come off a photo shoot with David Bailey in the 1960s. Signed to tiny Australian label Mirror Records, Sloan Peterson is continuing to carry the torch for the post-Tame Impala/Pond Australian psych sound. Leaning more to the Broadcast/ Melody Echo Chamber end of things, but she would rather describe herself as part Nancy Sinatra and Brigitte Bardot. Of the little we know about her, Sloan’s music is direct, raw and makes an old retro sound feel rather new. We asked Sloan a couple of questions about her style, sound and most importantly her hometown Sydney.  You’ll be hearing more from this girl in 2017.

How would you describe your sound to people who haven’t heard your music yet?

I draw a lot of my inspiration from The Beatles, I’ve listened to them non-stop since I was like 15. I love their formula of writing and how it is so simple and catchy, what they want is to get something that hooks you in a short amount of time. But then also I love other more pop kind of music.

I think when I first started my EP, doing it myself, I was really inspired by Beach House and that very dream pop sound. But then when I got with my management, we started going for a more Strokes vibe, a bit punchier. My next single is a bit more 90s grunge, 10 Things I Hate About You vibe. So it’s hard when people ask me what my style is because I have so many different influences.

I wanted to talk about the 60s influence in your style, because it’s really evident in your look. Who would you say is your biggest style icon from that era?

Probably a mixture between Nancy Sinatra and Brigitte Bardot. Brigitte Bardot in terms of style because I think she has a similar look to me, so its easier to replicate that, but I love how Nancy sung and when I’m looking for inspiration for any artwork I look her up because they are just such classic album covers.

I always wear my little white boots on stage that are very Nancy but I also have the headbands and the black eyeliner like Brigitte. Also Françoise Hardy I’m obsessed with. I’d love to learn French one day and then sing all my songs in French. 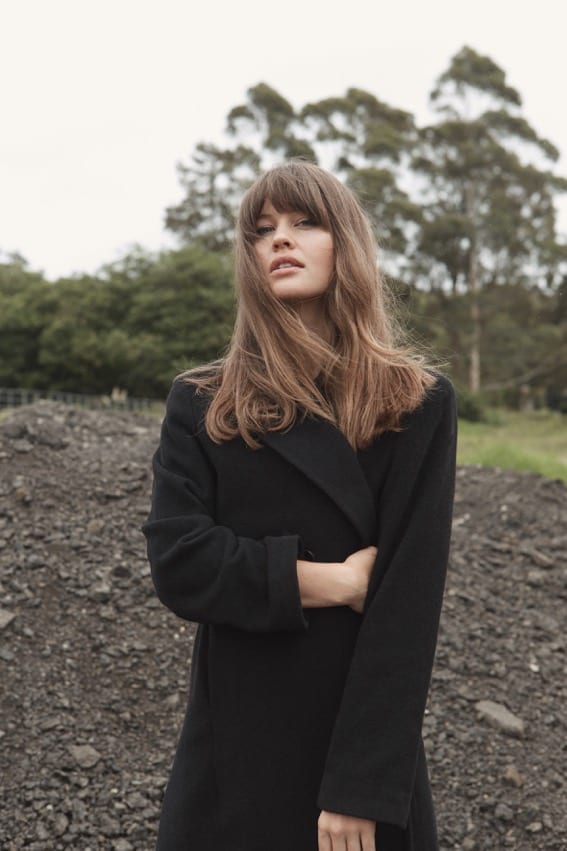 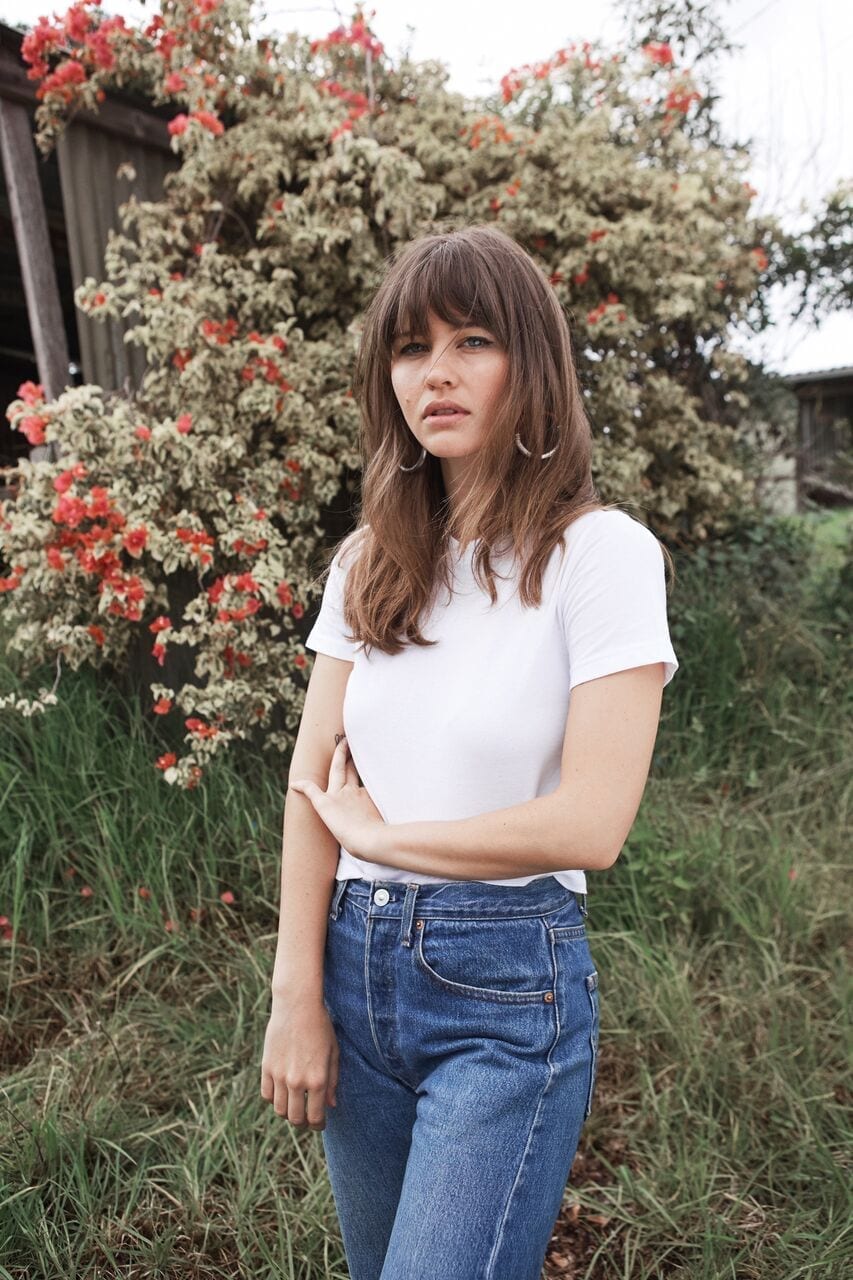 Talk to us about your music, there’s a couple of major music influences in your work, but we hear a hint of the LA as well?

Definitely. The person who actually mixed my single 105, my friend Dave Tolomei, he’s from LA, and he mixed Beach House and Smith Westerns, a lot of those kind of bands that are really my style. He’s just moved back to LA and he keeps telling me I’ve got to get over there because it’s totally my vibe.

What’s it like living in Sydney right now, is there a big music scene?

Well at the moment it’s been a bit lacking of a music and culture scene due to the new lock out laws really. They introduced these laws that basically mean you can’t leave a club once you’ve gone in there after 11, you can’t buy alcohol past about 9/10 pm. So a bunch of people have left now to move to Melbourne and the people who are left here are the ones who just work really hard, not much of a party scene.

I’m from a little town in Brisbane originally, I moved to Sydney when I was 16, and the difference between then and now is just crazy. It’s definitely not as busy walking round at night.

What are your favourite places to hang out in Sydney?

My bass player, Jesse, he plays amazing blues, so he plays at a couple of cool dive bars around town, like in the Kings Cross and Surry Hills. So I just go there to watch some nice blues or jazz, which is cool. When I was younger I went to a lot more kind of grunge bars.

Are you happy in Sydney for now or do you want to travel?

100%, my family is in Byron Bay now and I love it there, so I try to get up there as much as possible. The good thing is that Sydney is a city so there is a lot happening and it’s easy to get around, but hopefully I’ll be touring quite a lot soon. 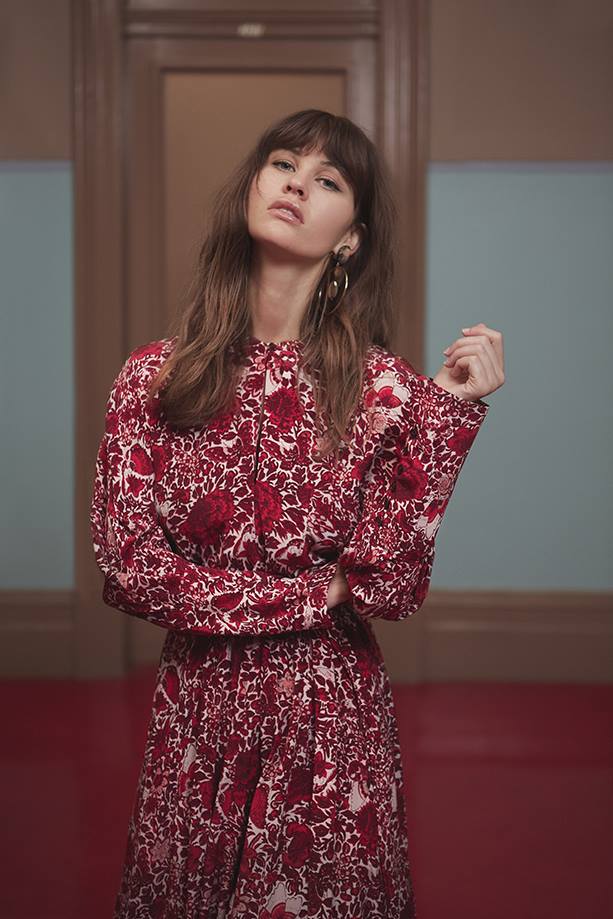 I love the idea about the interactive shopping video for 105. I guess this gives you a lot of exposure in the fashion world now. Going forward do you think that’s something you want to explore?

Definitely, I’ve worked on fashion stuff before with some friends, just helping out on shoots, which was always really fun.

Did you have any choice in the brands that were featured? There is a really good selection of up and coming Australian brands, like Dion Lee.

Yeah well they gave me a list of the brands that they stock and I got to pick pieces out in the dress rehearsals, so I was lucky to get a chance to choose because I have quite a distinct style. They wanted to respect that and make it about my look, and they were really open to ideas about making it look a bit more edgy rather than really ‘fashion’.

Which Aussie bands or acts are you listening to at the moment?

There are actually so many, and heaps of really cool girl acts. At the moment I’m loving Deep Sea Arcade, who have always been a great one. There’s also Sunscreen, which is another girl band I really like. It’s hard to pinpoint because I listen to a lot of different stuff. Sometimes I go in hibernation mode and try not to listen to music for a while when I’m writing because I tend to get overwhelmed, so I go in and out.

Is there anyone you would love to collaborate with?

I did a writing session with a guy from London recently, and that was the first time I had ever written with somebody, and it was interesting. We were writing a song for my album already, which I’m excited about because my style is kind of going more Tame Impala, Melody’s Echo Chamber, a bit more what I originally thought it was going to sound like. So Tame Impala and Kevin Parker is somebody I would love to collaborate with.

We’re excited for the upcoming release of your debut EP, when is it coming out?

Yes it will be coming out in July.