Almost everyone who passes through Morocco comes out the other side slightly changed. It’s a peculiar country, a part of the African continent, but could almost be called European. A former part of a French colony, almost 35% of Moroccans speak French. Over the years everyone from William S. Burroughs and Henry Matisse to  Jimi Hendrix and the Rolling Stones have spent time here and found something alluring about this place. So we’re here to sample Morocco in 2017. 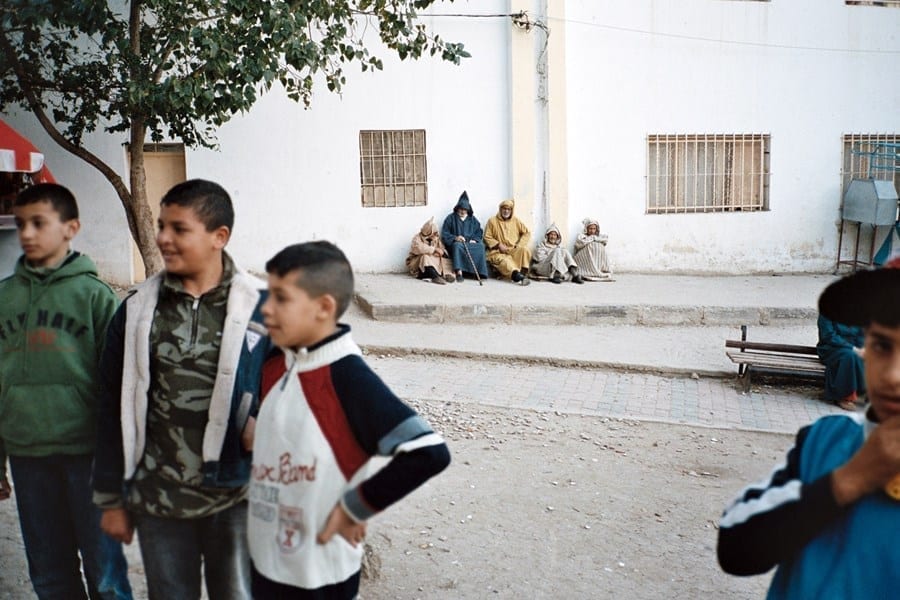 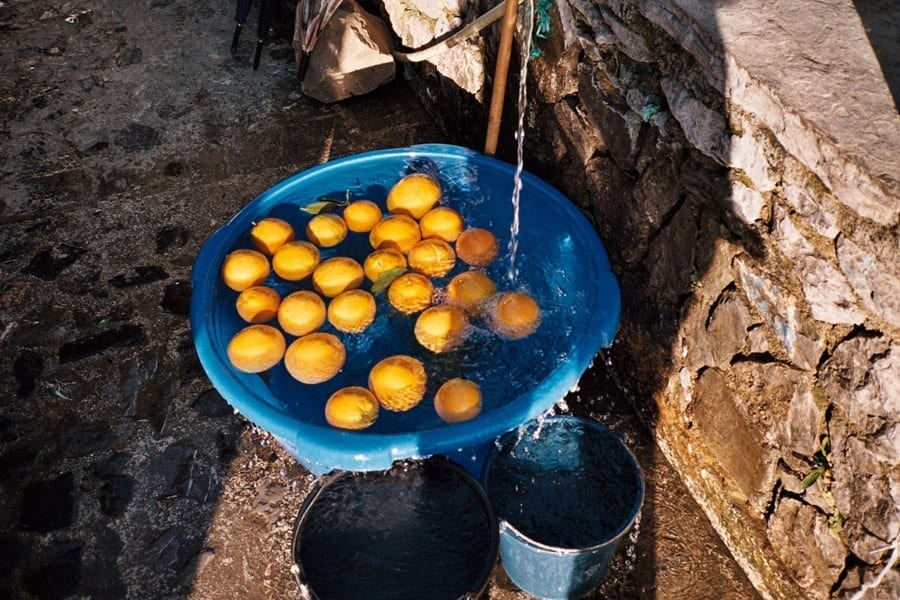 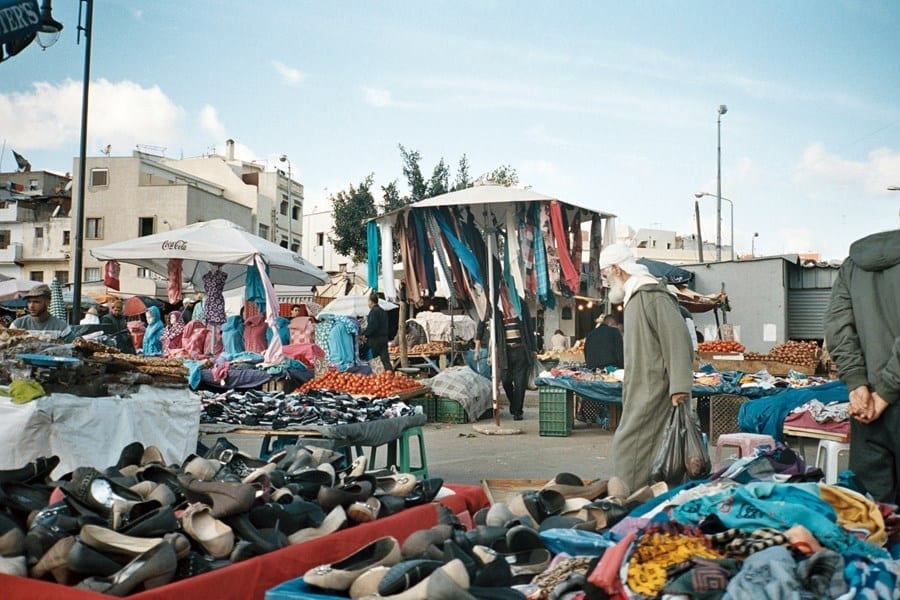 One of the best parts about being in Morocco is that you can access the coast, mountain ranges, and manic city life all within the space of a couple hours’ drive. Swelling palm trees, relentless heat and colour is everywhere. Our first port of call was the sleepy coastal town of Essaouira, a small enclave on the west side of Morocco, 180km from Marrakesh. Without a doubt the best place to enjoy this town is from the idyllic Villa Maroc, a 17th century repurposed hotel with rooms maintained as they might have looked almost 100 years ago. Bright, magnetic colors, intricate geometric patterns, plush rugs, lantern-style lights and decadent ottomans. The terrace of this place is the best part, with sweeping vistas that melt you as you enjoy the castle-like walls surrounding the fishing town. 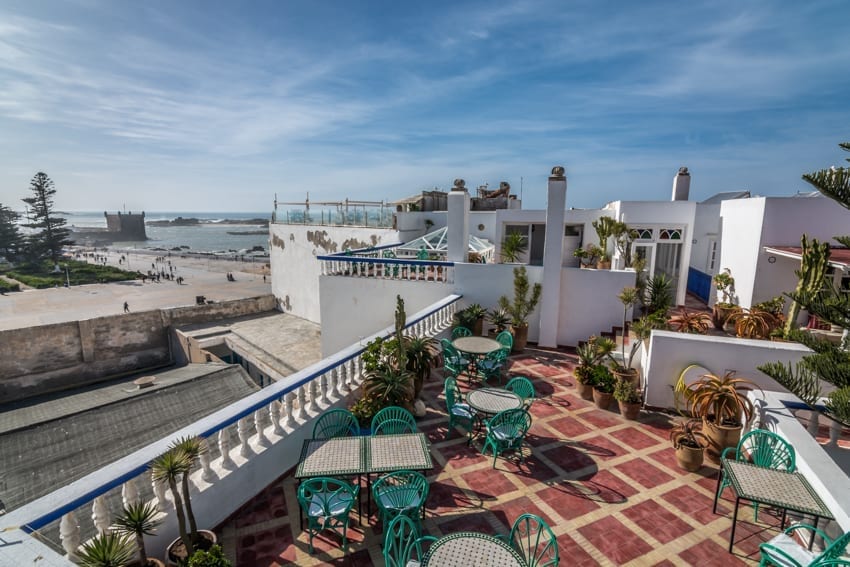 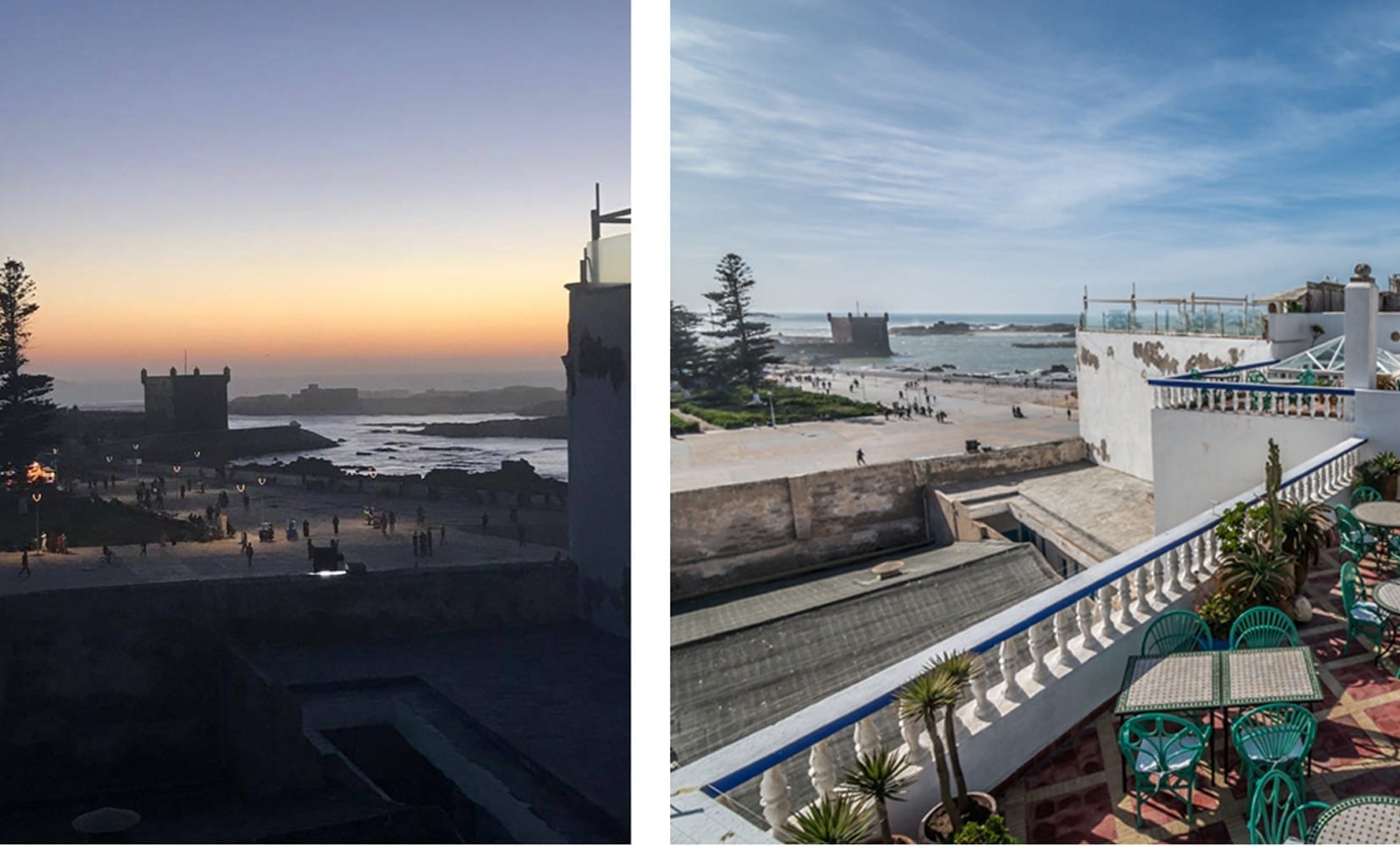 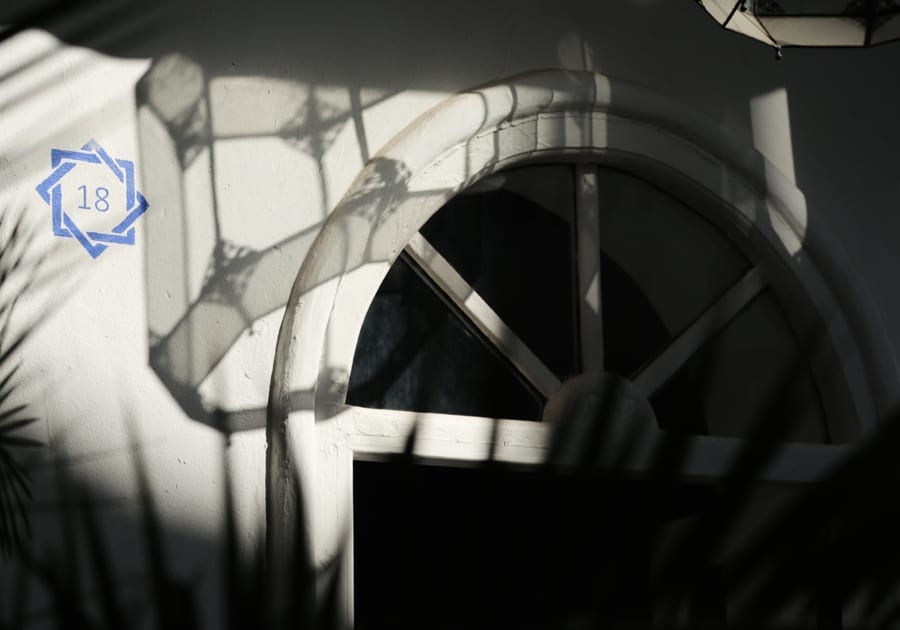 A single street carves a path right through the town, with it’s souks (marketplaces) full of spices, fruit and clothing. Moroccan food is best tried in the form of their famed dish, Tagine – a stew pot that can be enjoyed in basically three flavours, chicken, beef or vegetarian. A quick dip in the cold North Atlantic Ocean, a stroll through the town once more, and we’re ready for the madness of Marrakesh. 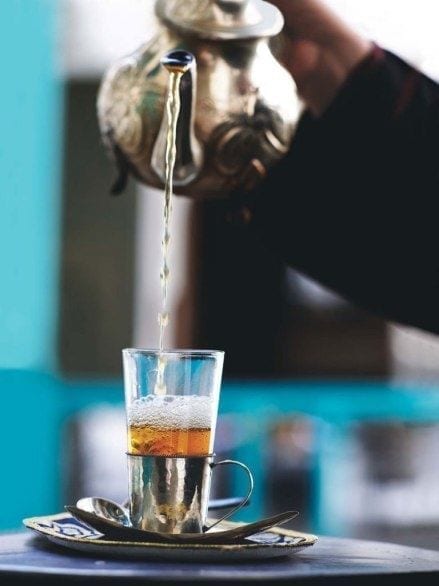 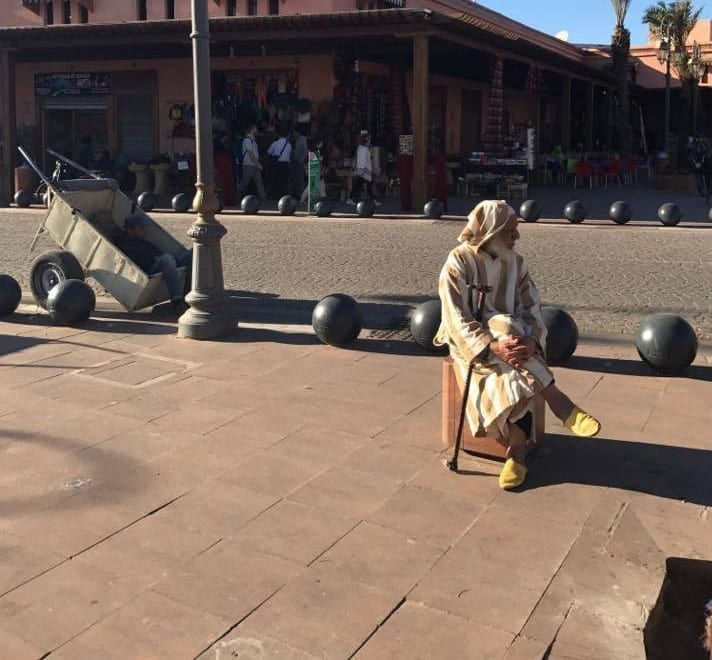 You know when you’ve hit Marrakesh. It’s an assault on the senses with sounds from every corner. Masses of traffic, and constant bargaining with the locals, get used to being ripped off, it’s a part of the deal. There are larger cities such as Casablanca, Fes, and Rabat, but Marrakesh is where you go if you’re looking for a more chic and confronting introduction to the country. It’s basically split into two halves, the old city and the new. Spending most of our time nestled away in the superb Riad Dar Kawa in the old city, we’re treated to an oasis inside a manic hub. The Riad only has four rooms, and was bought 21 years ago as an early 17th century sanctuary and opened in 2010 by European expat Valérie Barkowski. It is secluded and hard to find, but worth it.  The Riad is a sedate and an incredibly designed guest house, more like a spread from Vogue than a place you just come to rest. 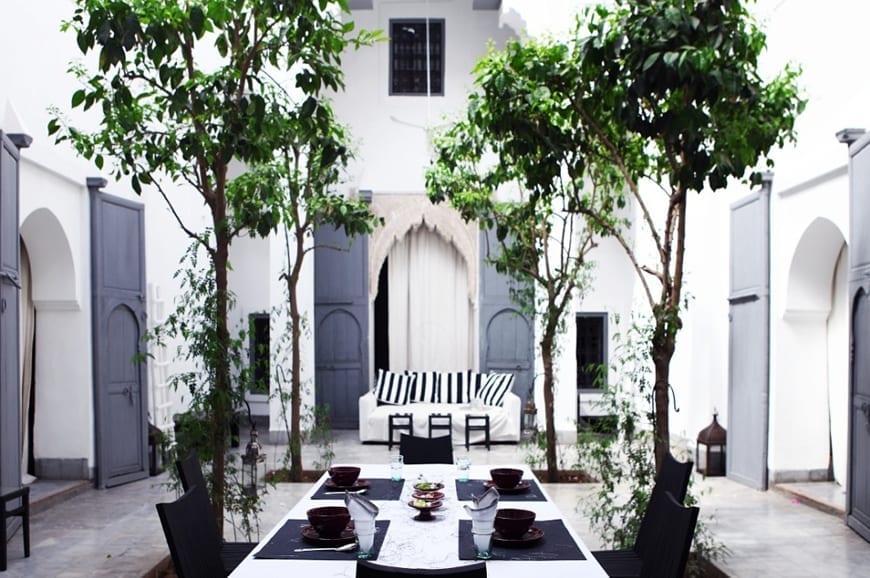 What makes Marrakesh so attractive is the contrast between the manic souks that swarm the old city, and the quiet back streets that can be endlessly explored. A couple of spots you must head to if you’re a sucker for good food: a hidden food spot we found, the La Familie. If you can find it, their goats cheese strawberry salad is to die for. And the modern Moroccan eatery, Nomad, make sure you try the saffron scented Moroccan date cake.You cannot leave Marrakesh without visiting the Garden Majorelle, it’s a must. The home and inspiration epicenter for YSL founder Yves Saint Laurent, they even scattered his ashes here when he died in 2008. Once inside you’re transported to a world where style has little compromise. It’s a fitting tribute to a man that gave so much to the fashion world. 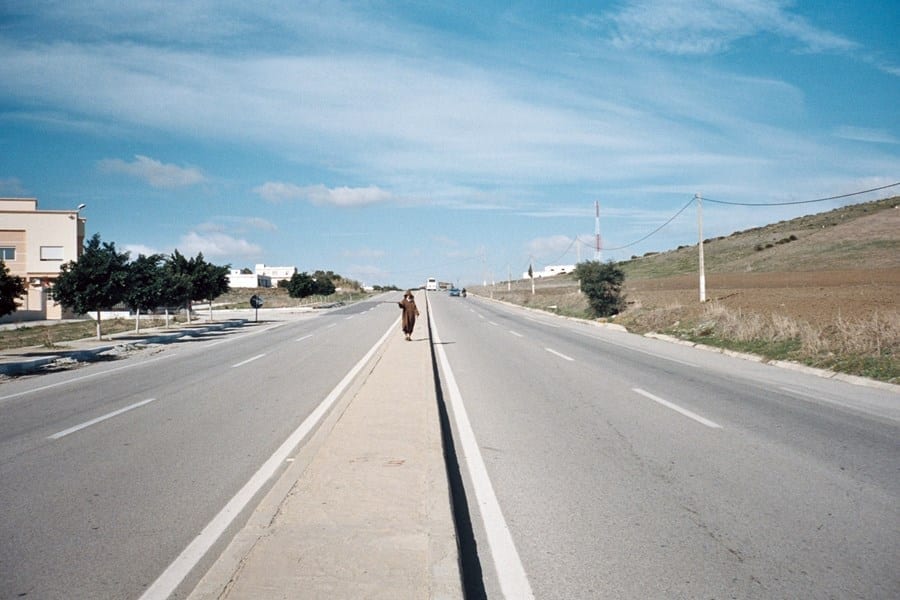 Finally we ended our trip by rushing over to the Atlas Mountains. It’s just 90 minutes’ drive from Marrakesh but when you’re nestled amongst some of the most beautiful ice-capped mountain ranges you’ve ever witnessed, you could be in a totally different world altogether. The Berbers (descendants of the pre-Arab inhabitants of North Africa scattered all Africa) that predominantly live in the region open their arms to tourists. Our residence of choice, Kasbah Toubkal, is almost 2km above sea level. So taken was the legendary film director Martin Scorsese with the location that he decided to shoot Kundun, his 1990’s tribute to the Dalai lama, right here. Staying here you’ll even be wrapped in a blanket that depicts stunning mountain ranges, almost insulting the man-made structures around it. An eclectic range of people visit from all around the world, and we were told by the local Berber guide that 4 people died last year on the mountain De Toubkal, so be prepared if you want to climb it. In any case we were left awe struck by the place. 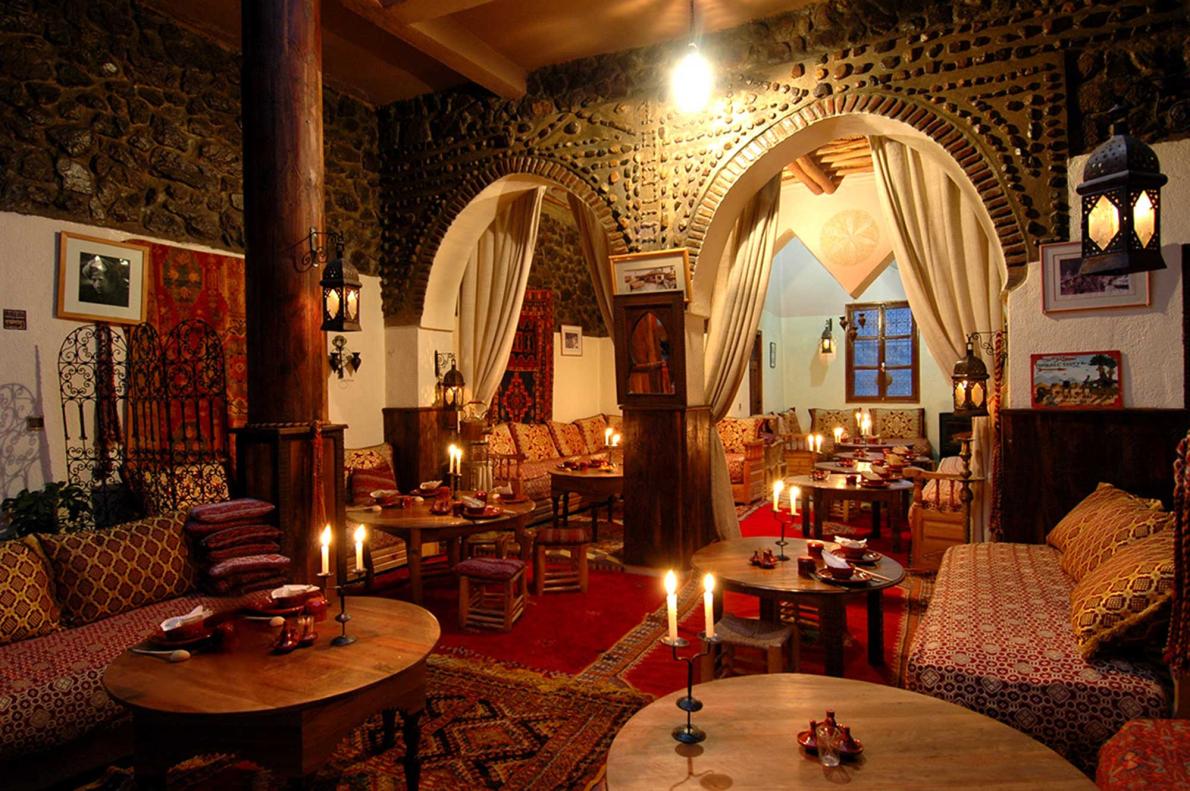 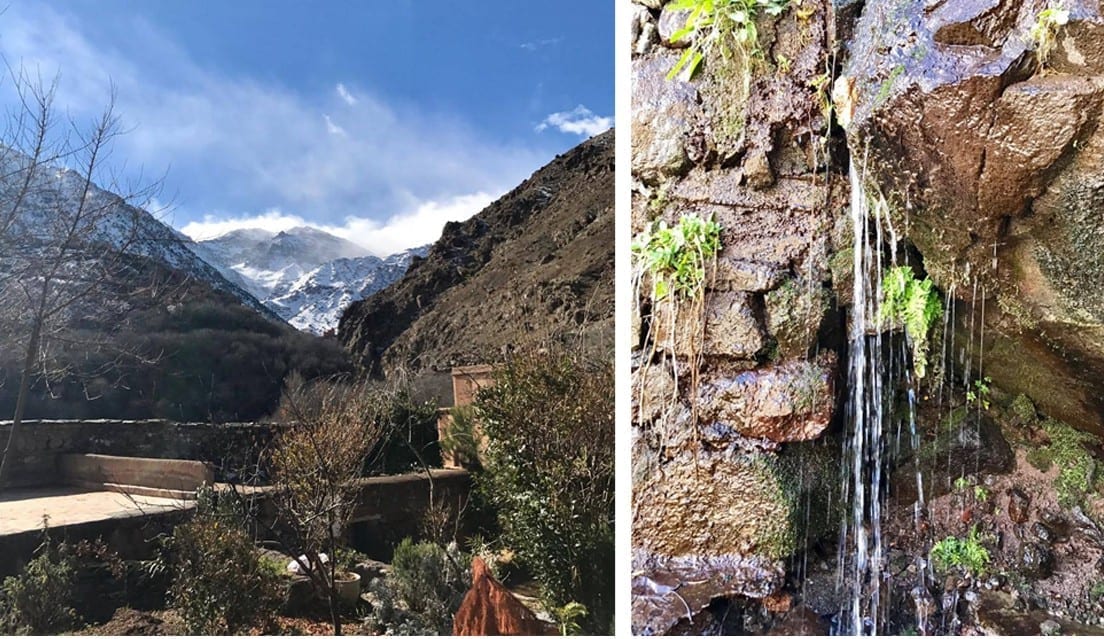 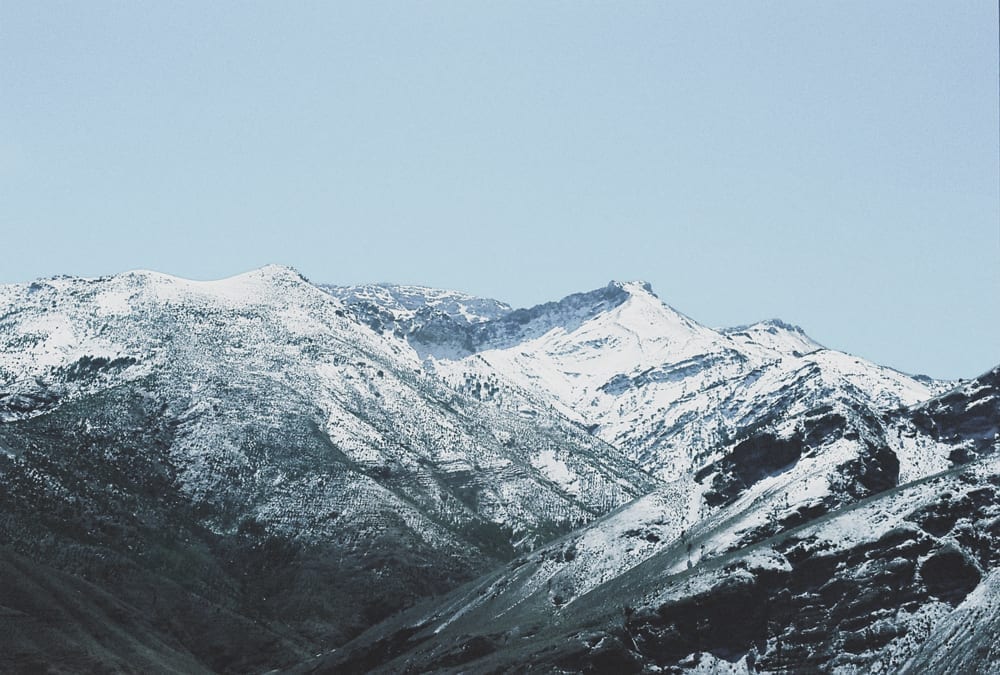 Whether you’re looking for inspiration, an adventure, or just a new experience, Morocco is definitely an under-appreciated spot and with EasyJet flights at just £75 from London, there is no excuse not to visit. If only we had another 72 hours.