Hollywood is all too often a place where actors take almost all the credit. But there are many people who help build the magic on screen and one of those is the Academy Award nominated make up extraordinaire Kazuhiro Tsuji.

You’ve all come across his work, whether it be in Planet of The Apes, The Curious Case of Benjamin Button, Looper and many more. His work is admired the world over. Within the industry his work has gained legendary status, even though his name may not be well known in the public sphere.
Retired from the Hollywood business since 2013, he has since happily embarked on a near magical career working as an artist in his own right. It took a call from Gary Oldman to persuade him to come back to Hollywood to work on his latest project, 2017’s ‘Darkest Hour‘, where a barely recognisable Oldman plays Winston Churchill, a guise carefully crafted by Tsuji. After talking to Tsuji we had a new found respect for the world of makeup, an art form that combines science, art and everything else in between. 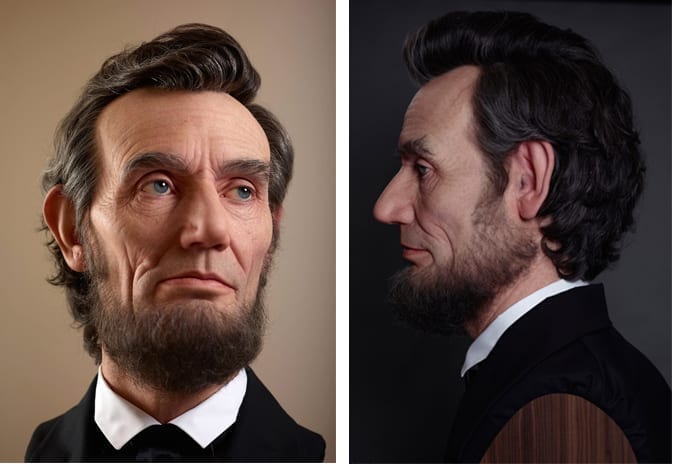 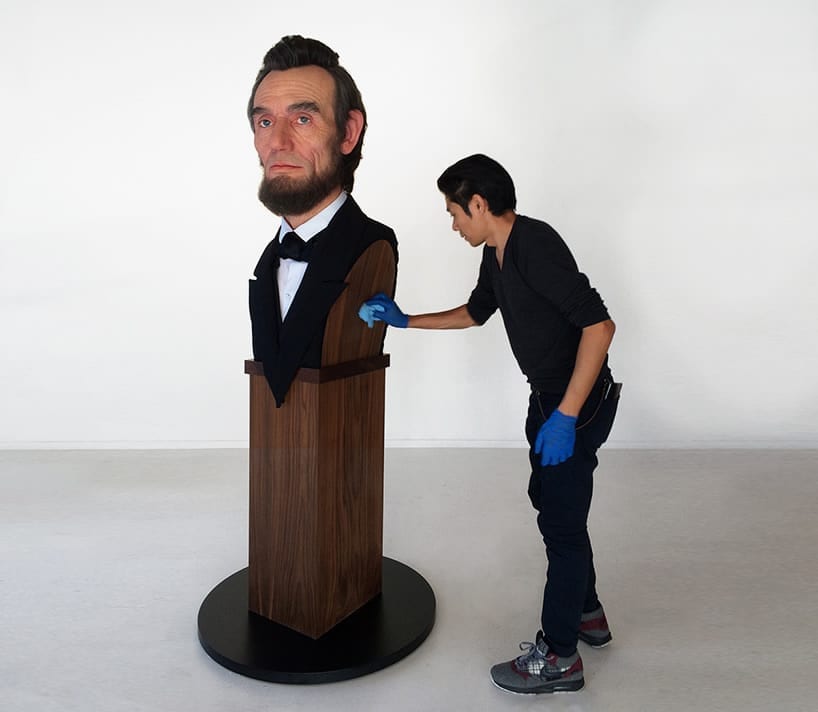 We came across your work after interviewing Joseph Gordon Levitt. We were discussing the incredible make up and prosthetics in Looper and he mentioned you. How do people usually find out about you? Is it generally organic or do you do a lot of publicity?

Usually I think it’s by reputation, like if someone is looking and they speak to a director or actor who recommends me. I have a website but I don’t promote or have any advertisement.

Do make-up artists have agents?

I don’t but some people do. I don’t believe in someone getting money out of my labour. I’ve asked people about agents and haven’t heard anything good. If you are good then you can get the job yourself.

You grew up in Kyoto. I’m interested in how growing up in Japan contributed to your view of Western culture? Did you watch Hollywood films when you were young?

What we saw of Western culture was all through movies or TV shows. It was superficial. All the characters in the TV shows were blonde, blue-eyed and rich, it was like Disney, fake. The movies at that time, the 1970s and 1980s, it was all about big sci-fi, disaster movies. When I think back on the cultural information I was getting growing up, there was nothing real about it. 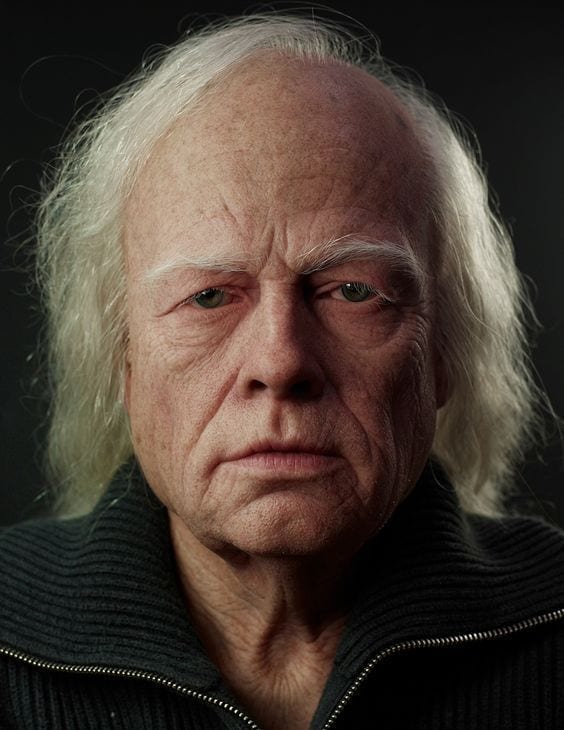 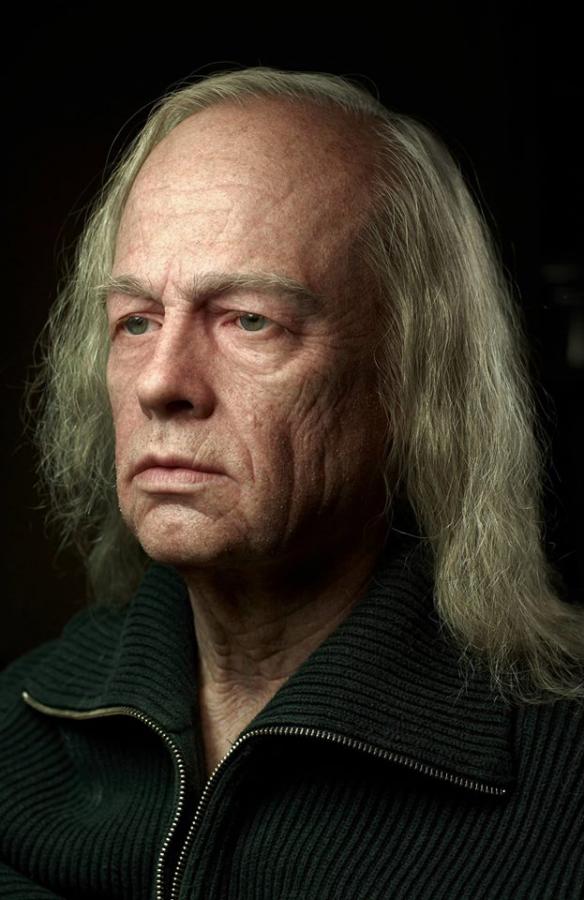 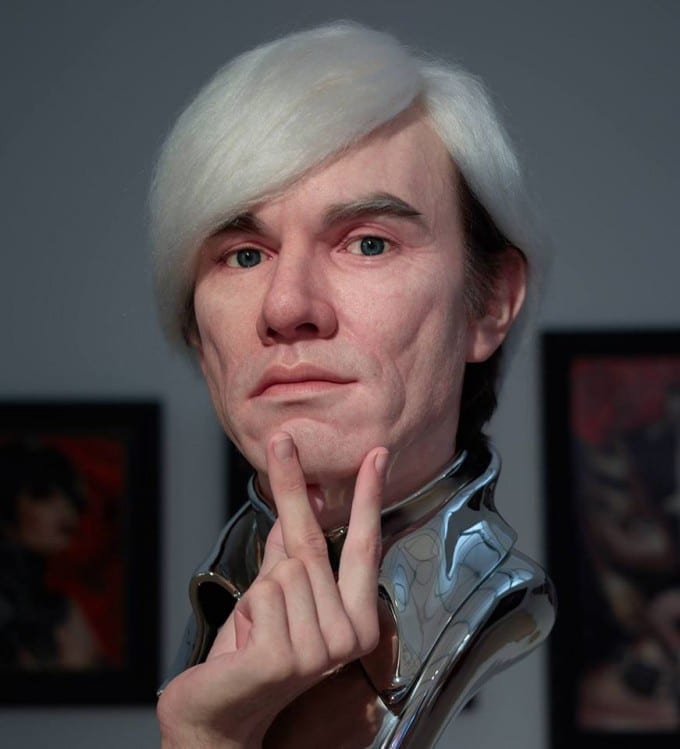 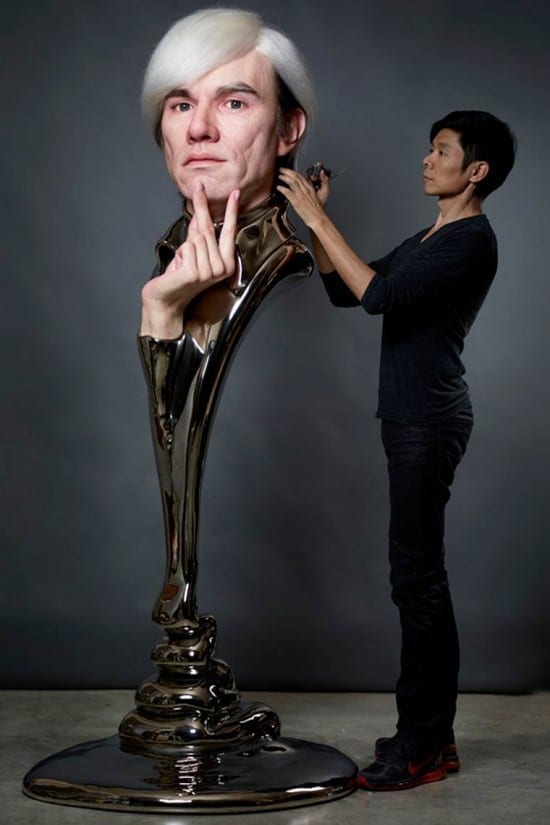 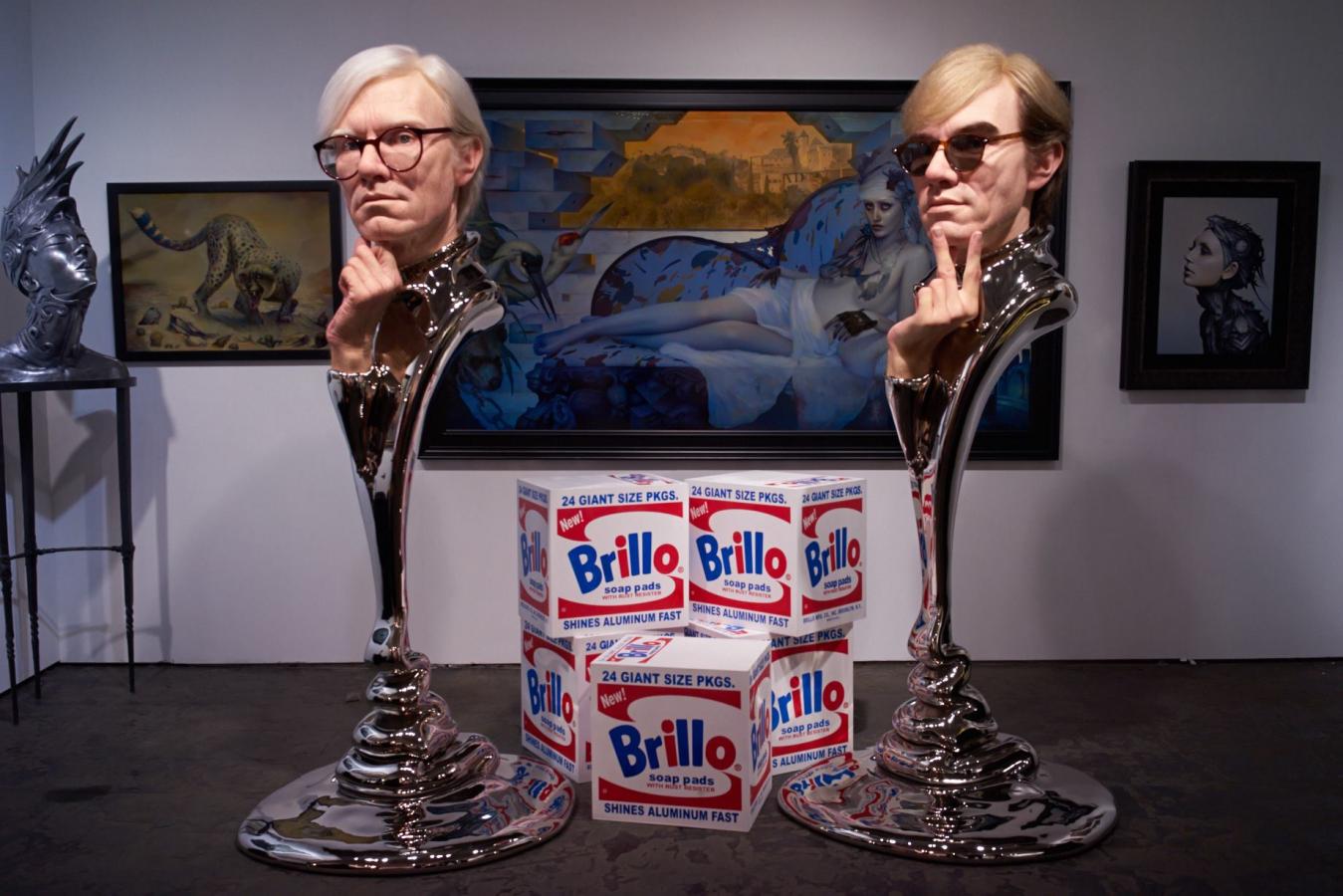 Can you talk us through some of the steps of how you create a character?

Have you seen the pictures recently of Gary Oldman as Winston Churchill?

Yes, in ‘Darkest Hour’? That was one of my next questions actually. Maybe talk us through that process

So we start by taking lots of photographs and life casts of the actor. From the first life cast I will gather references, like images or videos of Winston Churchill. Then I look at the differences between Gary Oldman and Churchill.

Do you try to understand Winston Churchill’s character?

Of course, I try to get as much information as possible. The difficulty here was that Gary is so unlike Churchill. A lot of people would say no to a job like that because it could ruin your reputation. But Gary is such an amazing actor I knew he would portray the character of Churchill regardless, and I had technically retired from the film industry so it didn’t matter to me how it affected my reputation!
After the life cast I start to do a sculpture on the face cast. When you do this you have to try to understand how the actor can still act through the face appliances. They have to stay human-like even though they have this big rubber mask on so that’s difficult as well. 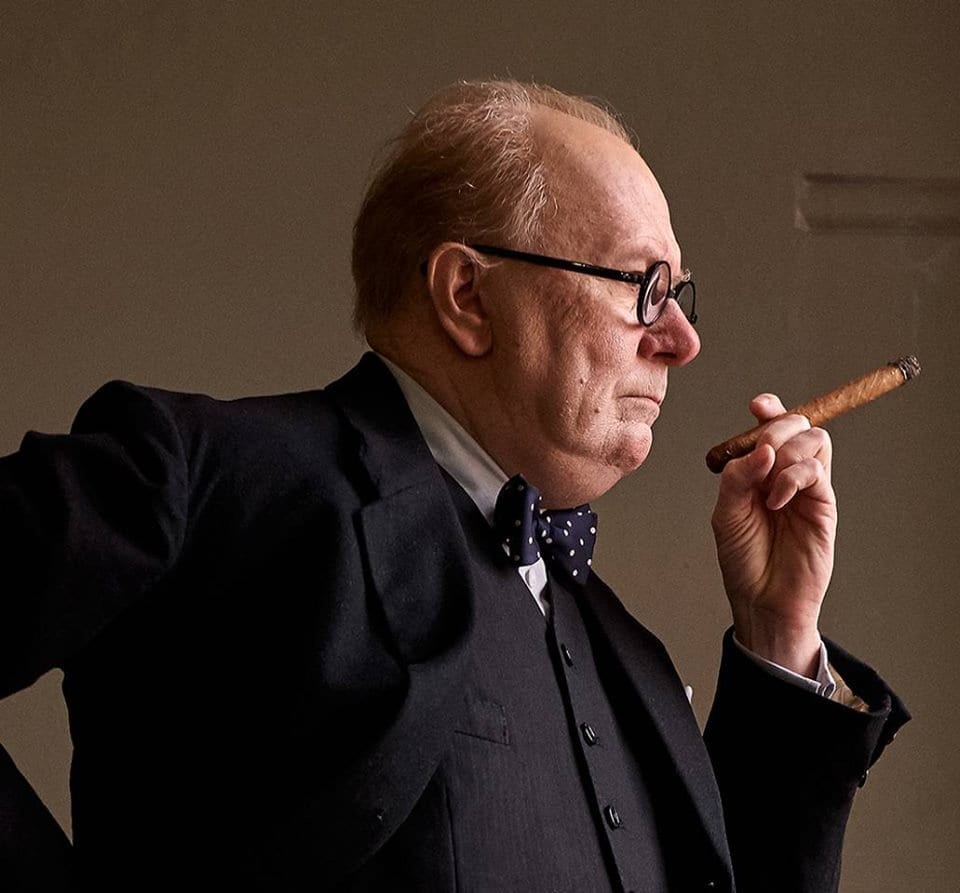 What materials are you using to get this life-like effect?

It’s called a platinum-cure silicone, like a rubber they use for medical prosthetics. Actually there is a UK company called Mouldlife that makes a silicone called Platsil Gel 10 which has become an industry standard for make up appliances. It’s translucent but can be tinted to match the skin tone. We mix it then pour it in to the mould to put on the face.

So how long does it take you to do the face and bring the character to life?

The preparation takes a long time, the sculpting and the mould, all of the tests. That takes maybe 4 to 5 months, then the actual application on set is maybe 3 hours.

When the actors see the final make up in the mirror, are they ever like, ‘Wow this is amazing!’? How have they reacted?

Yeah usually that’s how it happens. A lot of the actors, if it’s their first time working with prosthetics, don’t really get it until it is done. Eddie Murphy is great to work with. He has worked with make up in the past so as soon as the mask goes on he is trying to move with it and work out what is possible to play the character. By the time he has the first test he knows how it will work on set. Gary Oldman was great too, really excited about the make up. The problem with his character though is that everyone has an idea already about how Churchill should look and behave – the director, the producers. The hardest part of a movie is making everybody happy. I think this film was the one of the hardest jobs I’ve done. 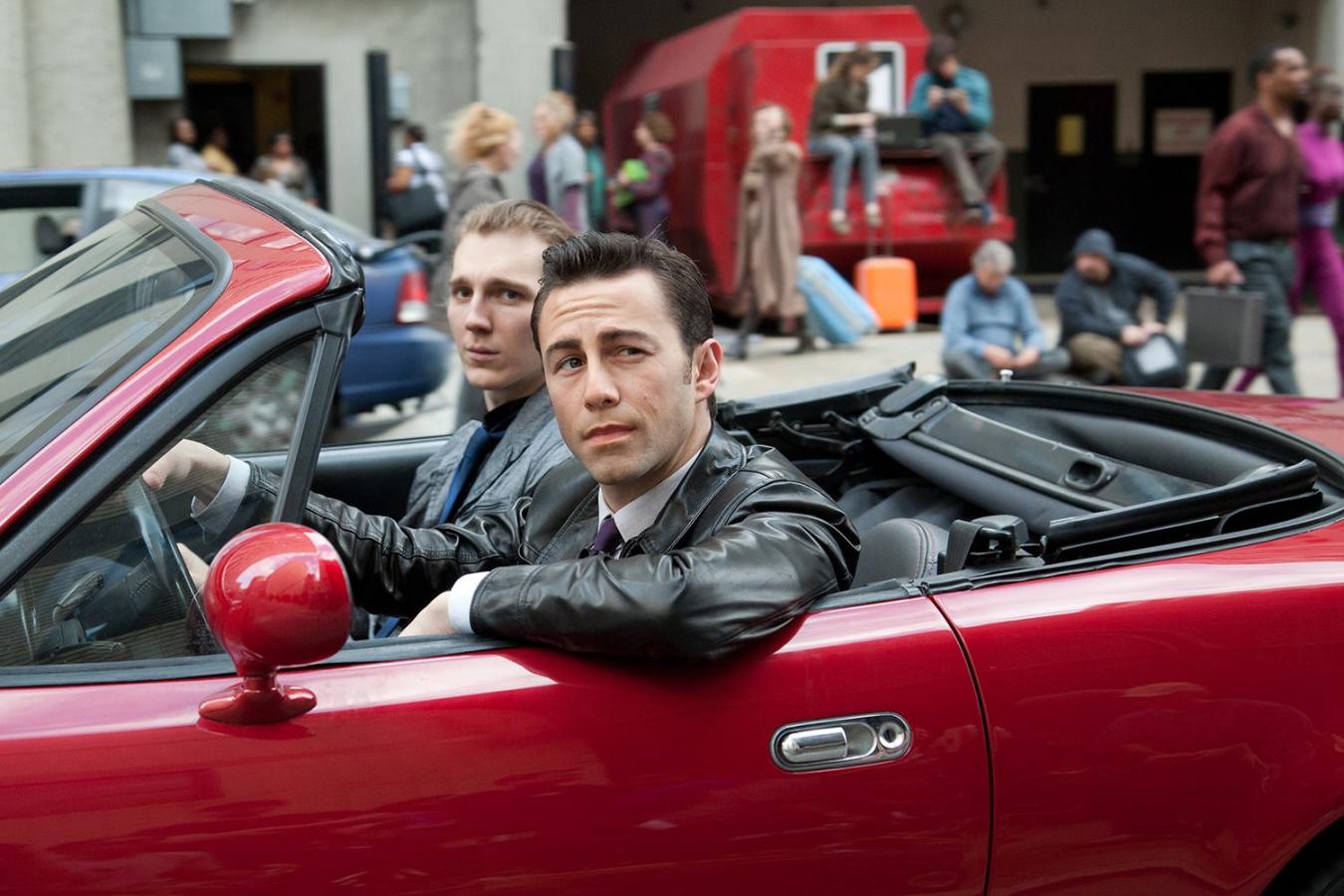 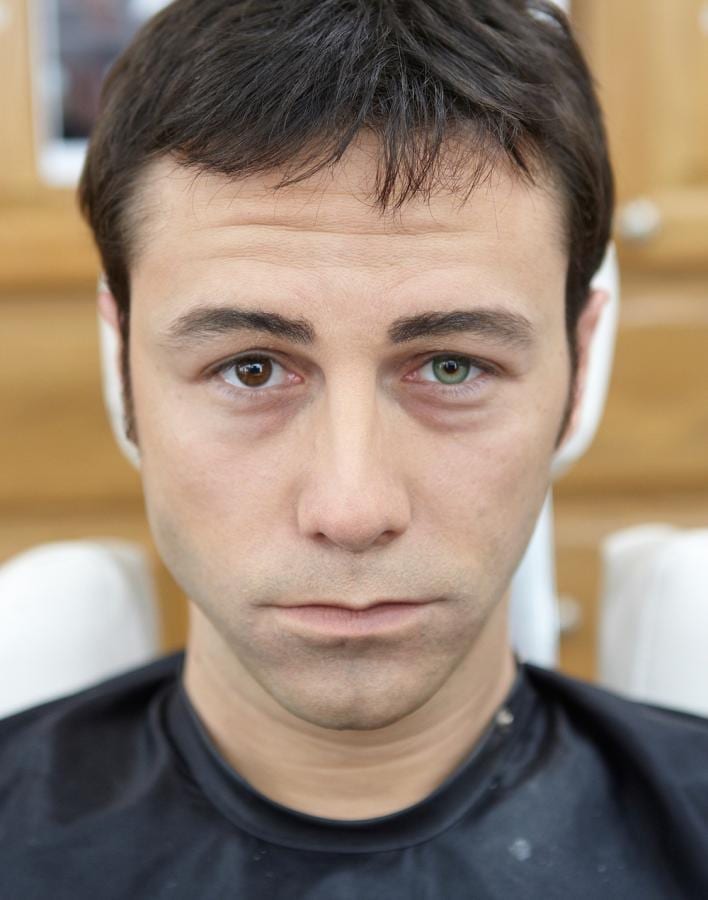 Let’s talk about your artwork. Now that you have retired from the film industry, you primarily work on these sculptures of figures from history like Andy Warhol and Frida Kahlo. Are you trying to show your admiration for these figures or is there a specific message you want to communicate through this work?

That’s a good question and a hard one to answer. The reason why I am doing this is that I am so fascinated by the human being, why we exist, which I’ve always had a hard time understanding. The people I am attracted to for these portraits all have mental problems, and went through a process of a breakthrough, figuring out how to live and what to do in their life.

The first portrait I made was of Dick Smith, my mentor. Before he passed away, we talked a lot about life, how he was unhappy, and I realised that he had so many issues in his life, so much regret, which helped me to get out of the film industry because I was also feeling unhappy at the time.

When I made his portrait I saw how people reacted with it, I really enjoyed seeing that. It made more sense to do that rather than working in film, like an instant gratification, the sense that people were touched by it.

That’s a great answer. I think it shows the insight and dedication in your work. Is there a character you are most proud of?

Each work means a lot to me. I have been asked that a lot and I always say I can’t compare.