At a time when we make split-second judgments on how much a social media post demands our attention, the world of fashion is searching for innovative and exciting ways to grab our attention and avoid the curse of the scroll. While other fashion houses may be struggling, one brand that has had its finger on the digital pulse in recent years is Burberry. Under the careful eye of Christopher Bailey, set to depart early next year, the brand has taken bold leaps in the virtual world – from being the first brand to live stream its shows to its most recent AR venture with little known professional doodler Danny Sangra. Speaking to British Vogue recently, Apple CEO Tim Cook described fashion as the perfect playground for augmented reality in the future, with potential applications in fashion shows and, once the technology is advanced enough, eventually online shopping.

Sangra is no stranger to the world of fashion; he has been quietly building a reputation for his quirky and quintessentially British tongue-in-cheek illustrations, already catching the eye of the likes of Balenciaga and Miu Miu. 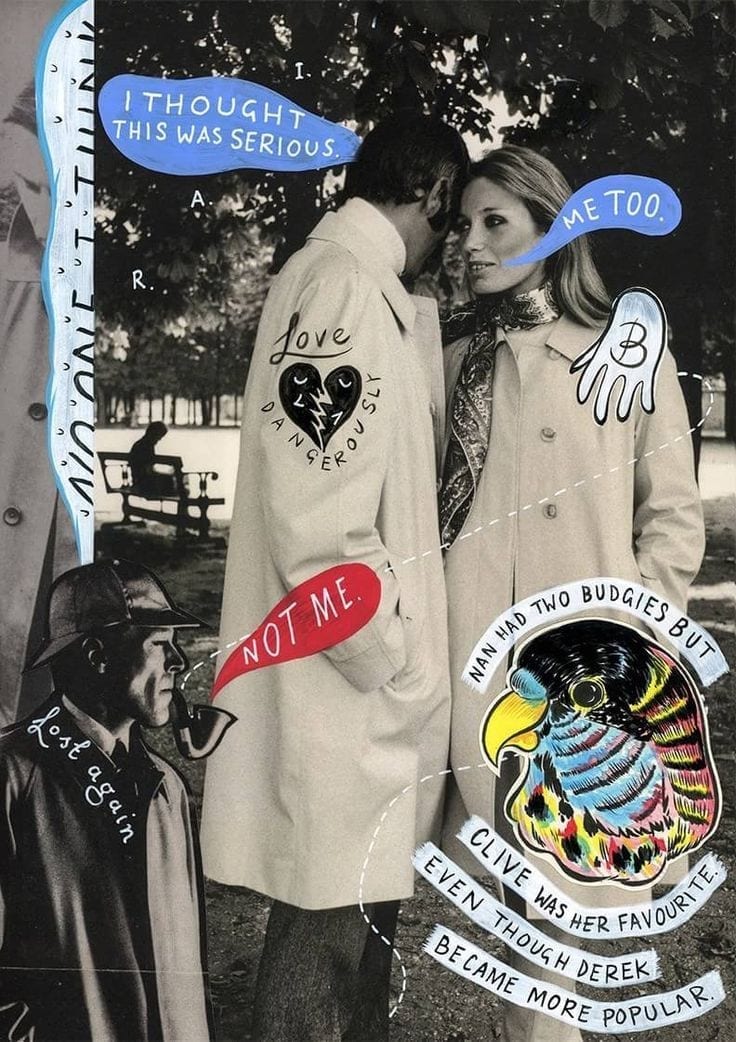 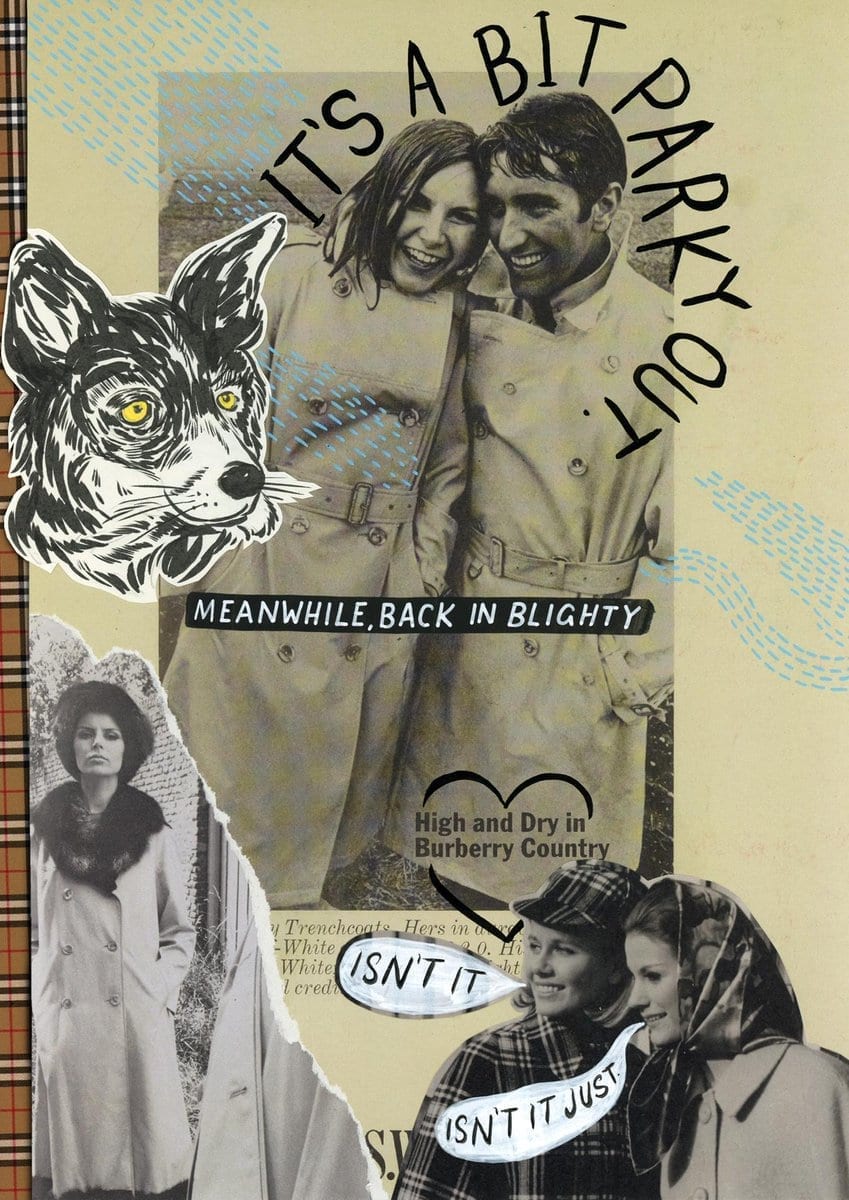 What’s your background in terms of studies? You started out as an illustrator primarily and now you work in film as well?

Yeah I suppose so. I only really took it up when I was about 29. I studied graphic design at Central Saint Martins, but their course is more like fine art anywhere else. I had a t-shirt label in Japan at the time so I thought if I did some illustration work it would give me more time than if I specialised in design. When I came out of university I was already doing some commercial illustration and exhibitions, so when all my friends started becoming directors I had no interest in it.

I grew up as a bit of a film nerd, but we didn’t really have the means or even know how to get into film. So I guess I told stories through drawing, which didn’t cost nearly as much.

When I started doing film stuff it was a real balance; my illustration work was keeping me afloat whilst I was testing things out, but then slowly that balance shifted. I guess that was always the plan because I’ve always hated drawing for people. I think I’ve been pretty lucky in that I’ve always done my own thing – maybe 20% of my work is for commercial clients, which might not necessarily feel like my own work but it always stems from those people wanting to get my ideas and my style.

We found out about you through your recent collaboration with Burberry for their AR venture, where your illustrations were featured in their app. How did that concept come about?

I knew at the end of last year that Burberry was thinking of collaborating with me, but to be honest, at that point I was considering quitting commercial illustration completely because I’ve mainly been doing film for the past 5 or 6 years.

I know a few people at Burberry and they were talking about how they wanted to do something with all their archival imagery, and they thought my work fit well with the idea. I had just done a show in LA called ‘Yeah Sure, Real Mature’, and it was a lot of drawings I had done on old magazines.

They knew they wanted to do this AR app but at the time no one knew what the technology could do. We did the first part of the archival imagery then once they knew the AR thing was going to happen they brought me in to paint in virtual reality, which I’d never done before. It took me ages to work it out but it was just pure fun, as lame as that sounds; it’s like you are living in Photoshop. It was really nice that they just let me play around with it. I think a lot of younger people will take this in a whole new direction. It was cool to be able to experiment with it with a brand like Burberry who has so much exposure – not everyone is able to get their hands on VR kit like that. 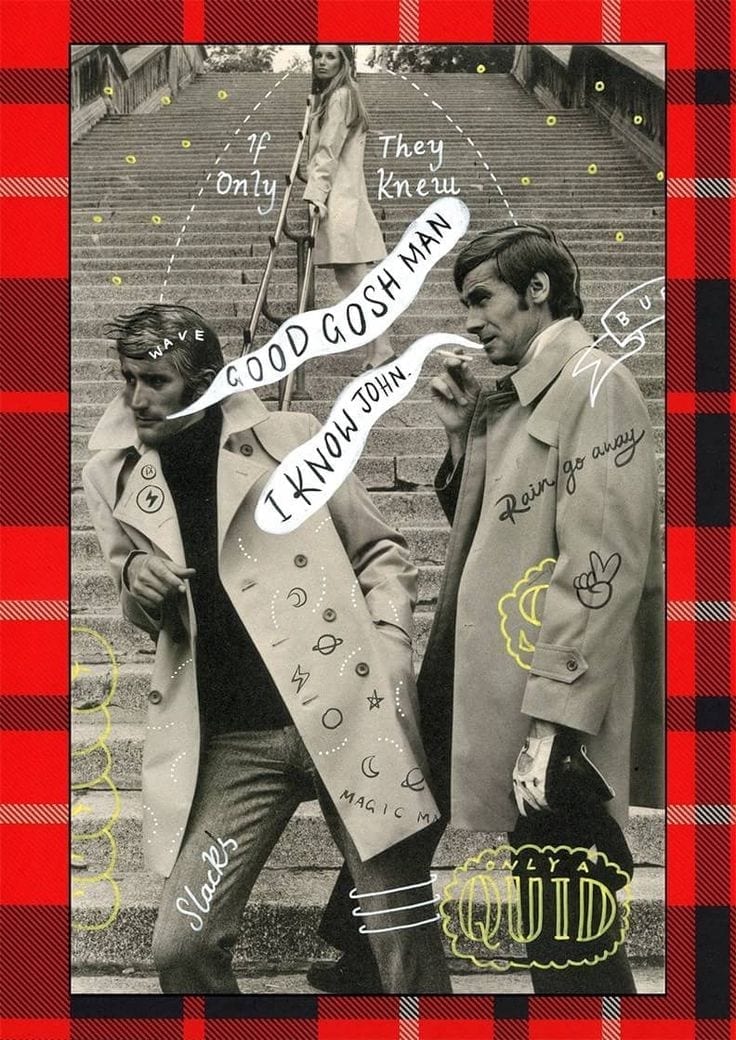 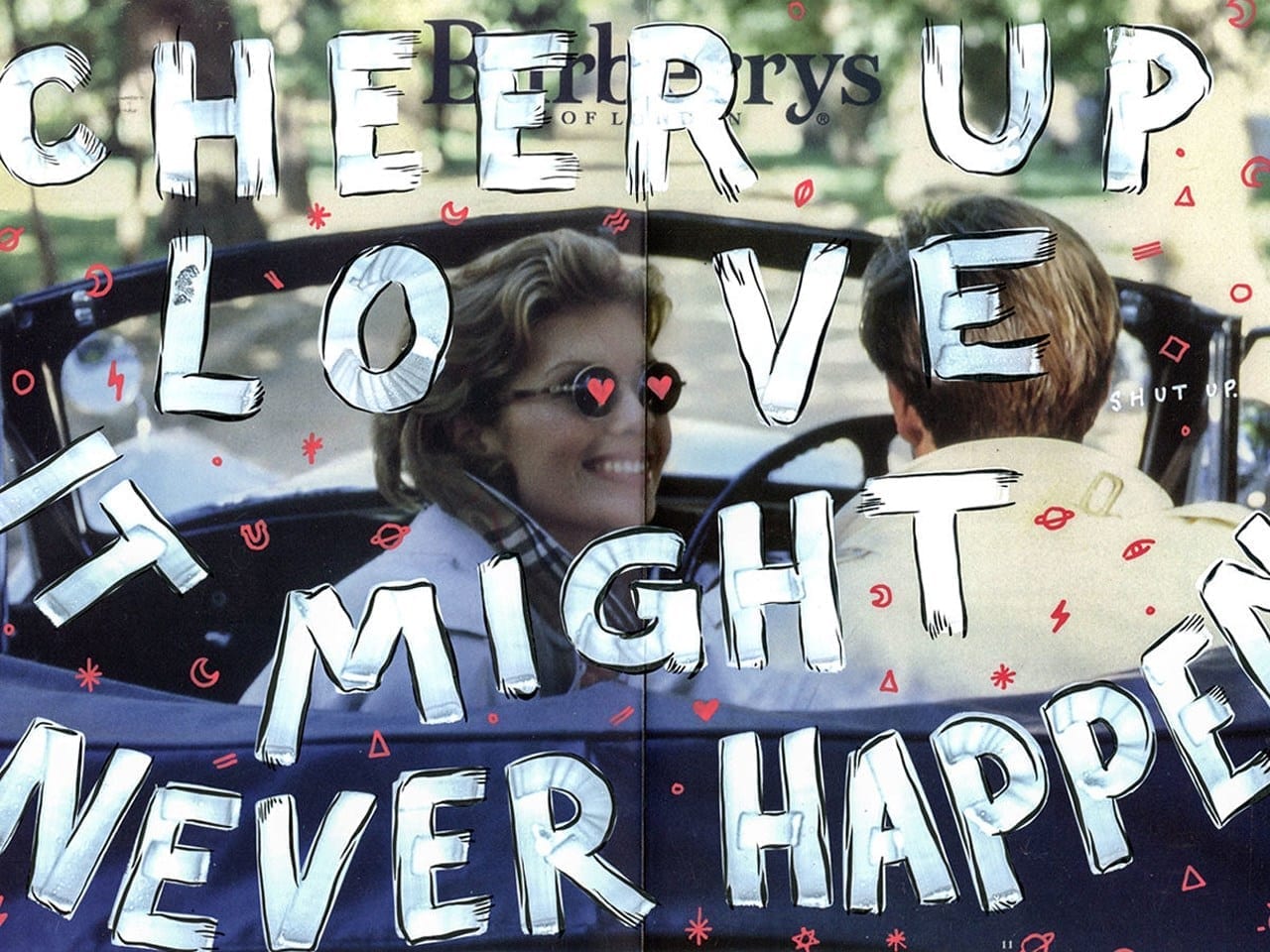 So now you have been working for a while do you feel like you have freedom in your own creative process?

Yeah. I still find it funny because I’ve always managed to maintain this kind of anonymity, where not many people know me, but I’ve always done work, with some big companies as well.

Working with Burberry will definitely bring you more awareness. I was looking back through some of your previous work and you have already collaborated with brands like Balenciaga and Miu Miu, so fashion plays a central role in your work. Is that an area you are interested in?

Being at Saint Martins, a lot of my friends started working at fashion houses or started up their own brands. I had a knitwear label with my friend called A Minute Silence, which was more of just a personal project, but the demand to keep up with seasonal brands was just too much. But it was cool, we only stocked at Dover Street.

So I predominately came through fashion and I started working with print designs for various fashion houses. I guess I became known by a small group of people in the industry through that, who were all interesting creatives – I like being respected by the respected if that makes sense.

Are you at a point now where you are selective about who you choose to collaborate with?

For me, I’d only really refuse to work with someone on moral grounds, but I guess those kinds of companies would never really come to me anyway. I’m usually quite open, it’s more about the freedom I’m allowed to have.

I’m in a good position right now, not like before where I would just take anything to pay rent, but we all have to do some stuff we don’t want to do – that’s just the world we live in.

“Christopher Bailey just said that I could do what I want, and he’s been pretty amazing.”

I think it’s at a turning point in the industry where a lot of fashion houses are having to think outside the box about how they can engage with people, so they are open to exploring new creative avenues.

I think when that change kicked in a lot of the designers are just having fun now. For a long period of time, they weren’t at all, because the demand is just so crazy. I was interviewing Raf Simons once and he said the best thing about it: he said, ‘Fashion is always looking for something new, and that’s the only consistency.’

I like that I can just dip in and out of it and I don’t ascribe to any particular tribe. 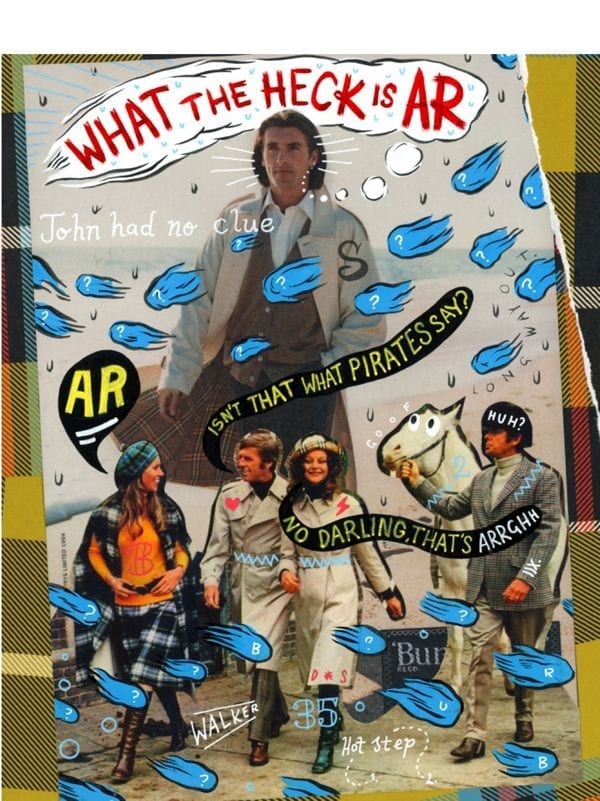 Let’s talk about your film work. You’ve been directing for the past few years.

Your most recent film Goldbricks In Bloom has a really amazing cast with Zosia Mamet [Girls] and Waris Ahluwalia [The Grand Budapest Hotel]. It seems like a very satirical observation of the creative industries for our generation.

Goldbricks is probably the most personal project I’ve ever done and the biggest. It was my first feature and I just did it with a load of friends. Everything in the dialogue sounds like it’s been improvised but actually, most of it came from conversations or things that I’ve seen.

It’s funny because I’m now surrounded by people and things that are so far removed from my experience growing up, which I find really interesting.

Do you have any other film projects in the works?

Yes the next feature is all written, we’re now just trying to work all the budgets out. The aim is to start filming early next year, but who knows. I’m very British about that kind of thing, especially when I’m with Americans – I just think I’ll believe it when I see it.

With Goldbricks, I started working on it at the beginning of last year and I’d done a commercial project that paid me a bit so I just decided to start doing it on a £10,000 budget, Then a couple of people matched me so I had a bit more and we shot it in 12 days, with a 120 page script. It’s sad because I don’t think I could have done that in the UK – it’s like being on the home team but nobody comes to watch.

Where are you based now, do you split time between the UK and the US?

I have a house in London so I guess that’s where I’m based. For a long time I was in America so now it’s got to the point where people will send me a birthday message like, ‘Happy birthday, wherever you are!’ but I’m right here. I guess that’s how I am in the industry as well.

Yeah maybe. I’m cool with it now though.