In the last decade we’ve witnessed the rise of not only several giant tech companies but also the super sized CEO that comes with them. Jack Dorsey of Twitter, Evan Spiegel of Snapchat and of course Mark Zuckerberg of Facebook to name a few. But Travis Kalanick, the CEO of Uber, remains an altogether different proposition.
A 40 year old San Franciscan native who single-handedly disrupted the entire global taxi industry. However, as of late, he is known for all the wrong reasons,  Uber has become the stuff of PR nightmares – from a workplace culture of sexism to temperamental outbursts from Travis himself, it has been one crisis management operation after another.

Whilst Uber battle to maintain pole position in the auto market, we spoke to Fortune Magazine editor Adam Lashinsky about his latest book Wild Ride, which thoroughly documents just that, Uber’s ‘wild ride’ as a small team in Silicon Valley to a global company led by an erratic CEO that broke all the rules and on the way helped pick up a $50 billion valuation. 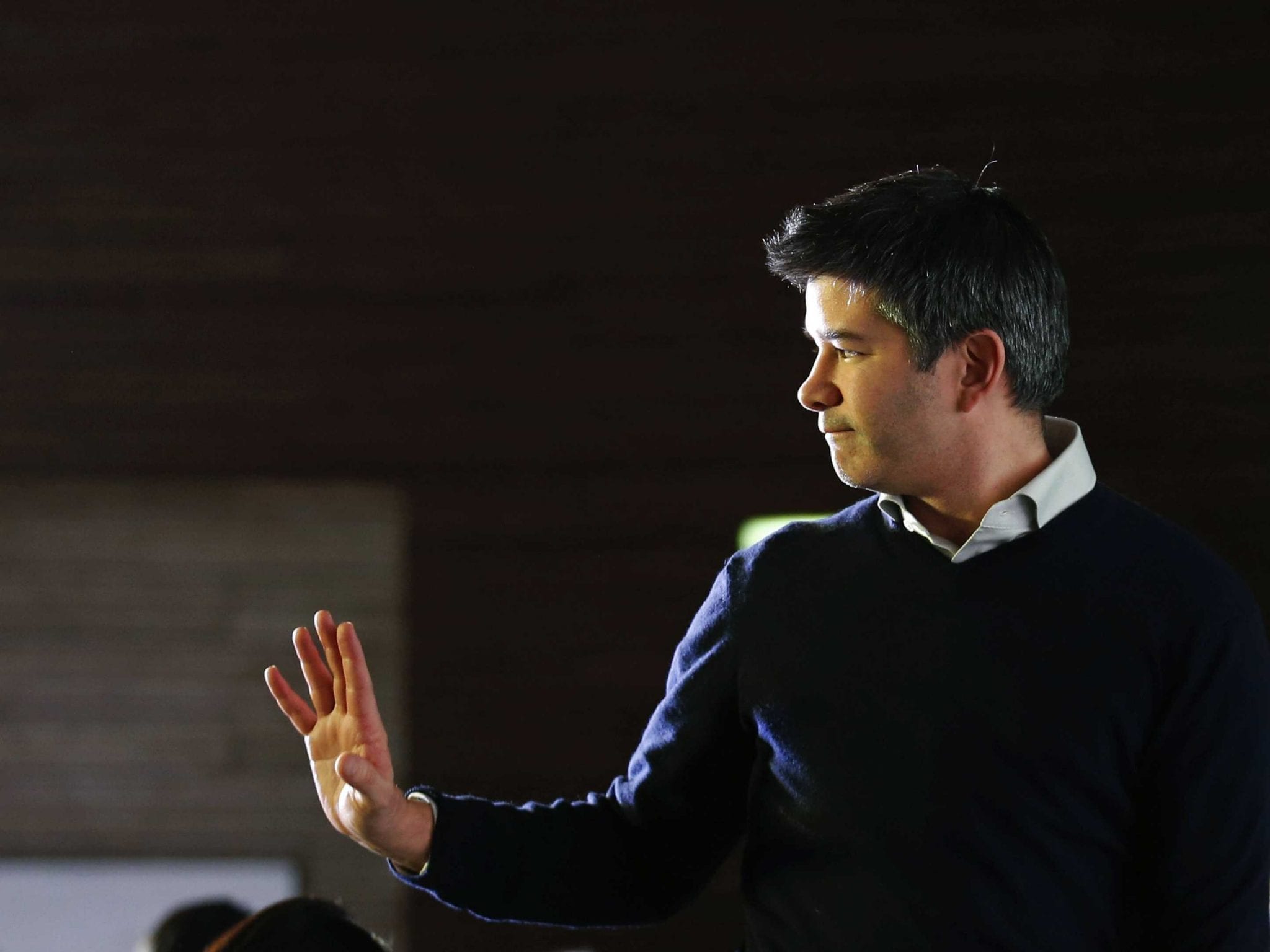 “Uber became a global phenomenon because it touched so many nerves.” – Adam Lashinsky

It seems like Uber is popping up in the news a lot at the moment. Why do you think there is this massive interest in them right now, sometimes for the wrong reasons?

Uber became a global phenomenon because it touched so many nerves, in both positive and negative ways. Starting with the more positive way, it was one of these rare, magical technology products that was simply better than what had existed before. Once upon a time you hailed a taxi, you got in and explained where you needed to go – sometimes that would work and sometimes it wouldn’t. Then all of a sudden there was this app where you just pushed a button and everything worked out, which was a wonderful customer experience for people. Also it was this very strange business model in that the company did not pay for the cars that it was utilising, so they got all of this essentially free labour and capital equipment and it spread super quickly.

In terms of the negative side, everywhere you went they had this ‘act first, ask questions later’ approach so inevitably they ran into conflict with a lot of these governments and regulatory bodies around the world.
Fast forward to now, when they are in the news every singly day for a variety of reasons, and I think it starts from the point of having become ubiquitous incredibly quickly and now the controversy has followed.

Some of the problems Uber has encountered with regulation and bureaucracy are mirrored in other successful startups like Airbnb. There seems to be a contrast between these extremely progressive ideas and the real world. Would you agree with that?

That sums it up very well. The purely digital type of revolutionary companies, if you start with Microsoft for example, which moved forward very quickly to Google, Facebook and Twitter, it’s not that they don’t have any interaction with government because they do, but with very few exceptions they aren’t physical products, they don’t involved things you can touch. However these companies do; they involve people who work, and in Airbnb’s case there are apartments and houses, in Uber’s case there are cars, so it’s a brand new problem for these technology companies. The ‘real world’, to use your expression, is far more complicated. 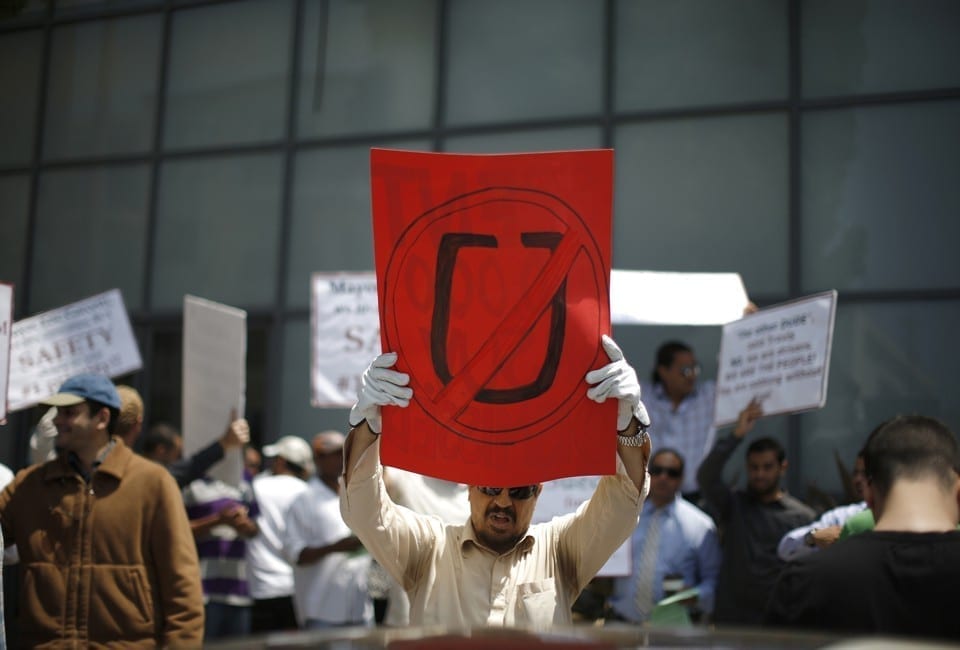 There are a couple of competitors that are trying to jump on Uber’s bandwagon. Do you think Uber will be able to hold on to their monopoly or will these competitors swoop in when they smell blood in the water, so to speak?

There is no question that there’s blood in the water, especially in the US – as we are speaking Lyft just got hundreds of millions of dollars in additional funding. Essentially it comes down to two things – capital and market penetration, as opposed to a question of better technology. For most people who aren’t moralists, who aren’t concerned with their real or conceived transgressions, they’re gonna choose a 2 minute wait over an 8 minute wait. The question is can they maintain that 2 minute wait versus a long wait with the competition? It’s almost that simple.

You must have seen this recent PR nightmare for United Airlines, and social media had a massive role to play in bringing that to everyone’s attention. Do you think the power of social media and its ability to pass comment on brands and mobilise people against them has an impact on Uber’s decision making?

Social media really cuts both ways. It’s a powerful marketing tool to get people excited about something they like and then it’s this disastrous feedback mechanism when everything goes wrong. My gut tells me that this is horrible but that they will overcome it because of their routes, and I think it’s a similar thing for Uber right now; they will overcome it because of their sheer scale. Does it hurt? Yes it demonstrably hurts – you saw what happened in January with the #deleteUber campaign that started after the boycott at JFK airport, that resulted in 200,000 deleted accounts.

You previously wrote a similar book on Apple and now you have chosen Uber. Why are you so interested in these types of ‘uber’ companies (excuse the pun)?

Well with Apple I wrote about what was undoubtedly the world’s most important company, period. I was writing that at a time of incredible tumult because it was around the time that Steve Jobs died, and the company was at the height of its creative and commercial power as well. So there was a lot to say about who they really were as a company. I think I saw a similar opportunity when I decided to write a book about Uber, because it was a company that seemingly came out of nowhere and was having a massive impact. I’m reluctant to use the D-word, ‘disruption’, but that’s what it was.

You’re caught in a divide between glamorising companies that are successful in the sense that they make a huge amount of money but they are also causing a lot of harm in some places around the world. How did you deal with that divide in the book? Did you investigate the impact on different communities?

That is a giant topic and an existential one too. I actually spent some time as an Uber driver to see what it was like. But I take your point, and I didn’t dwell on the displacement issue, which is a very important issue. It is fair criticism, and right around the time I wrote the Apple book there was a lot of talk about the manufacturing in China, with the suicides in Foxconn for example, and that wasn’t a part of my book. 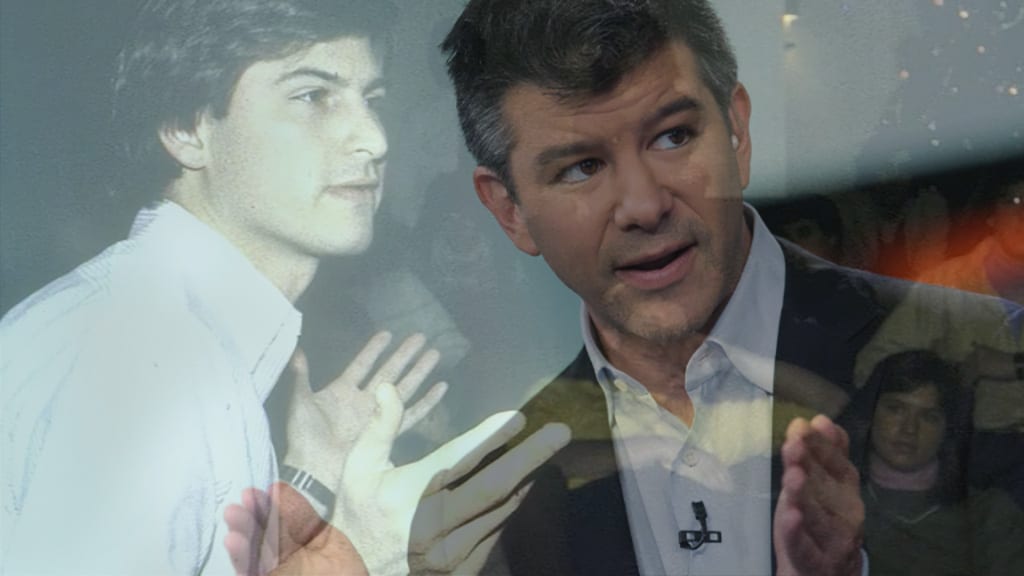 “If he hasn’t learned about how to hire or stop saying the wrong things, then Uber will have real problems.”

So we can’t talk about Uber without discussing its CEO, Travis Kalanick. Did you get to spend time with Travis? How does he fit into the Uber puzzle?

I spent a lot of time with him. You say how does he fit into the puzzle, well he is the puzzle. The book isn’t a biography of him but he is the central character because he is the dominating force of the company.
He did not start the company – he likes to say that he did but he didn’t. A Canadian guy who was a friend of his called Garrett Camp started Uber after starting a company called StumbleUpon. But what no one disputes is that once Travis Kalanick came on board he relatively quickly made it his own. All of the ruthless behaviour, being efficient and raising loads of money so that they could spread quickly, being unsympathetic when it comes to things like surge pricing, all of this is attributed to him and to his personality.

Would you say he is a temperamental character?

Well, along with the rest of the sentient world, you probably saw the video of him blowing up at this driver, so obviously he is temperamental. And he can be emotionally tone deaf, I don’t think he hears what he says sometimes.

What was the most surprising discovery you made about Uber during your research for the book?

Travis Kalanick talks a lot about his entrepreneurial background and how he suffered greatly as an entrepreneur before coming to Uber, and that is true – he was involved in one hugely unsuccessful and one relatively unsuccessful start up. The thing that I learned was that these start ups concerned technology that utilised other people’s assets as a business model. The first one was called Scour, which came before Napster and was similar in certain ways to that, and it completely failed. The second one was Red Swoosh that tried a clever technique to legitimately utilise customers’ computers to harness the computing power.

I point this about because they were both cases of the company itself not buying these things, and neither of them did very well. Now we move forward to Uber that has built this giant global business on other people’s property, namely the cars of the drivers.

What do you think is the biggest hurdle that Uber faces going forward?

The company’s greatest asset and its greatest liability simultaneously is Travis Kalanick. So if he can somehow grow to become a modern, empathetic manager who can juggle the many responsibilities that the heads of these major companies have to juggle, then Uber has a shot at leveraging the negativity. It’s clear that, not all, but many customers want the service, and they have this name that people know even if they haven’t used it, which is a huge opportunity. But he hasn’t shown tremendous growth, so if he hasn’t learned about how to hire or stop saying the wrong things, then Uber will have real problems. They may succeed anyway but that is their biggest problem right now.