Legendary Italian architect and designer Gaetano Pesce (his last name means fish) has been at the helm of an expansive multidisciplinary career for over 50 years. A person who’s not shy from using his work as a subtle form of socio-political messaging is considered a gentle giant of the creative world, an optimist, a playful investigator and a deep thinker. As the 56th Milan Design fair opens its doors, we hear his thoughts about gender equality, why New York remains his spiritual home and how technology looks set to put an end to the status quo. 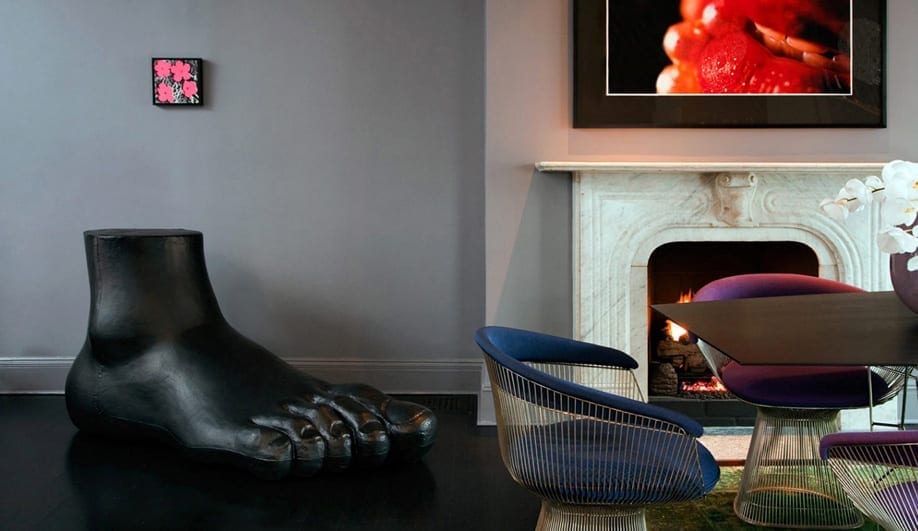 Why do you choose to live and work in the US? Does your environment affect the way you think and work?

I’ve been living in New York for 36 years, after spending time in London, Helsinki, Paris and before that Venice. Why New York? Because it was the capital of the 20th Century and I believe it is of the 21st as well.

The observation of life in this city expresses the passage of time and its values better than any other place I know of. This statement is important because creativity must comment on and give form to the passage of time, witness it, express it, represent values, even those that are most contradictory. Going back to the question of where I work, certainly this gives me ideas to work with. That’s also true for my travels, the people I meet and the dark of night where imagination transforms ideas into projects.

How does the conception of a new idea start?

Observing reality. For example, thinking about a work that in order to be created needs the participation of the person for whom it is made. I’m convinced that everyone has a large measure of creativity. However, because of poor education, we tend to think this is only the realm of people with a certain personality type: artists, creators, poets or musicians etc. I believe that if it is developed, creativity can become everyone’s heritage. For example, one way to stimulate and broaden our imagination is to give ourselves, as architects, the theme: ‘ a house for a dictator’. At that point, since we’re against dictatorship, we have to use a negative architectural language. If we succeed, we have broadened the boundaries of creativity. 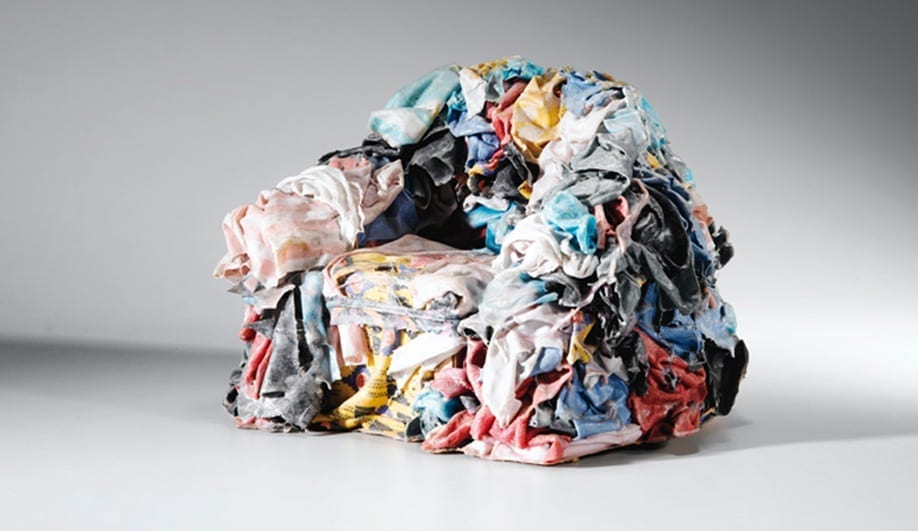 “If everyone was equal life it would be deathly boring.” 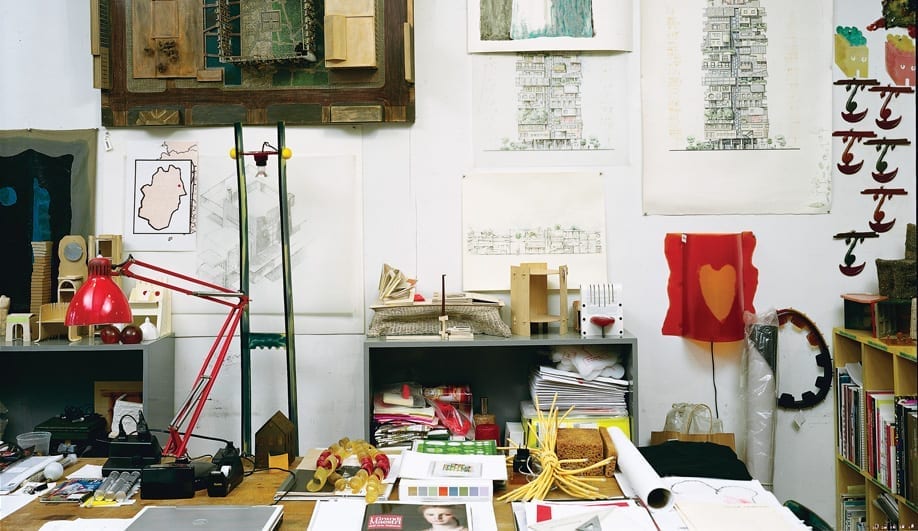 Can you talk us through two of your designs from inception to realisation?

Let’s talk about the UP 5&6, which is a result of the reflection that often men sit comfortably on the lap of the women who support them. In other words, men use women for their convenience and to make their lives easier. This was a little less true in the past but has reached a point of extreme validity in our present time. The man who fears that he will lose his woman covers her until only her eyes are visible, so that his adversary won’t see her true features and beauty. I could continue with many other examples from daily reality.

This type of consideration at the time made me think about a political object that would express the female condition. In this way a chair was created that has the form of a woman with a ball chained to her foot, the archetypal image of a prisoner. All of this I associated with a technological discovery that triggered a lot of surprise and curiosity; the object in question was made with a soft polyurethane foam that was sold vacuum packed in such a way that it could be bought with a volume of 8 times less than the finished item. When the buyer opened the packaging, the foam reabsorbed the air, returning to its original form.

I think that story is a good example of my view of innovation; it can be realised through 3 factors – new language, new use of material and original technique.

I must add that since UP5&6 was launched 48 years ago, the female social and political condition has not improved. This makes me think of the badly executed government of male politicians – they are not serving the countries they lead, but instead expect to be served. I firmly believe that if women were responsible for governing it would be good for human kind, because I believe that women’s strength and dedication resembles the energy and vitality of our time.

Another example of how I conceive a project is the ‘Pluralist Tower’, a work from 1986. For a long time I think what we call ‘architecture’ has, in most cases, been urban or rural decoration. The abstract geometry that shapes almost completely what we wrongly call architecture is no longer able to represent our diverse reality. The Pluralist Tower consists of a democratic architecture, where each floor was conceived and designed by a different architect. It celebrates diversity instead of boring repetitive floors, which is merely an expression of a totalitarian society. 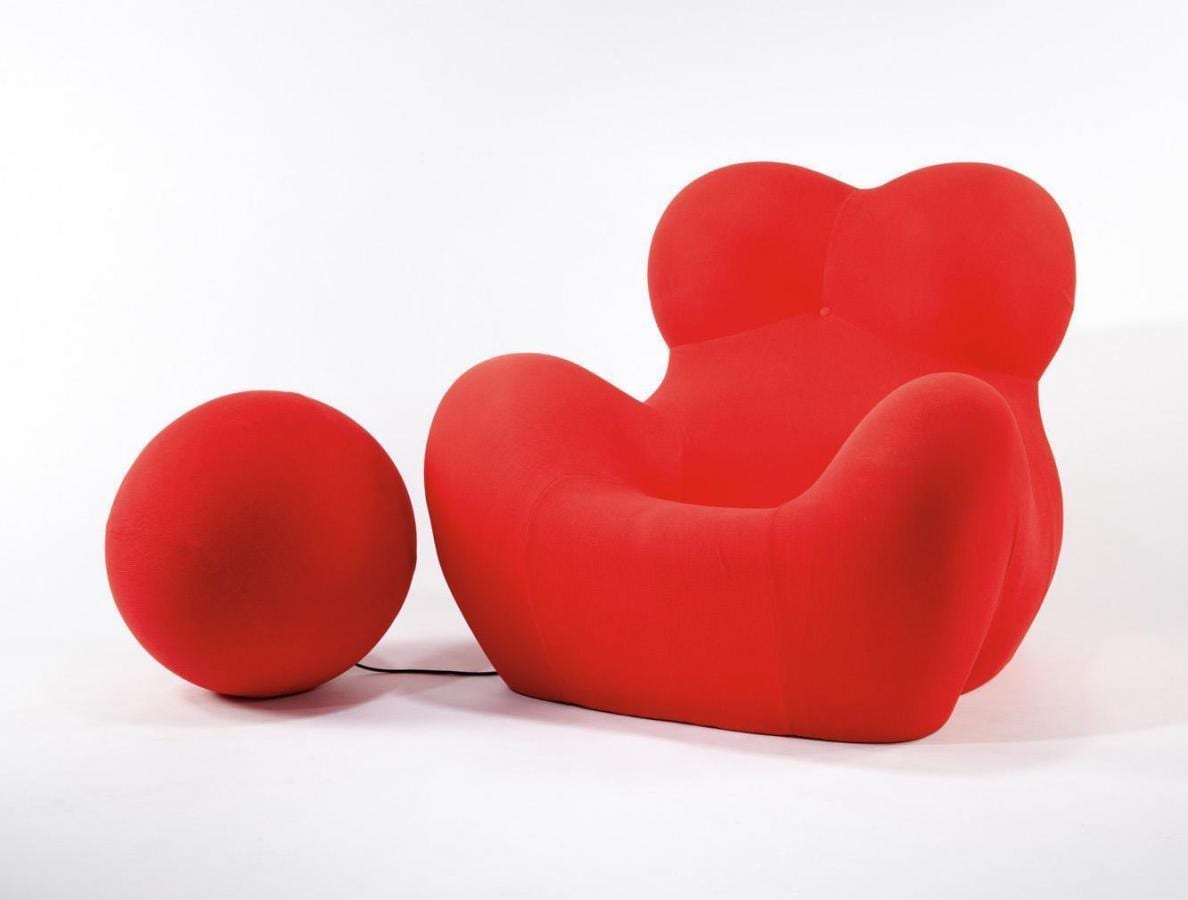 “Men use women for their convenience and to make their lives easier.” – The design logic behind one of his most notable works UP5&6.

Speaking about equality you once said, “If the world is globalised with regards to all men being equal, there will be an enormous loss.” Can you elaborate on this idea of inequality and freedom? Are you speaking about social or economic inequality, or something else?

If everyone was equal life it would be deathly boring, We were at great risk of that when Communism and Marxist ideology tried to convince everyone to think in the same way, to the point of even making everyone wear the same clothes. Fortunately, those madmen weren’t able to succeed with their superficial dreams. That’s why diversity should be seen as the motor that, through comparing all of its infinite faces, creates energy. Clearly I like to be with someone who is different from me because the principle is to have curiosity in order to discover tolerance.

How has the world of art, architecture and design changed during the course of your long career, and how do you feel about these changes? Has the impact of new technology been positive in this regard?

In the course of my long life, I have noticed that changes in culture have become richer, even if the various governments in the world devote so few resources to culture. Technology on the other hand is very helpful, both for creativity and to improve our current life. Modern technology put an end to the idea of “standard”, which in the past was important, but today it’s obsolete. We are going toward a time when, with the help of technology, each one of us will own a unique car, customized clothing and personalized information. This may help people to break out of the still rampant conformism, that requires us to not use our brain to judge reality. The concept of the “masses” is already passed, but there are still large sections of the population unaware that they can have customized information, allowing their brains to be original. I hope I am not wrong, but I believe the future is better than the past.