It’s one of the most eclectic assemblies of people in the world, Burning Man, every year in the Nevada Desert 70,000 revellers from all walks of life come together.

This year Russian artist Alexander Shtanuk has kicked off an innovative crowdfunding campaign for the gathering where he’s aiming to raise just over $17,000 to place a giant NASA emergency blanket over the settlement. 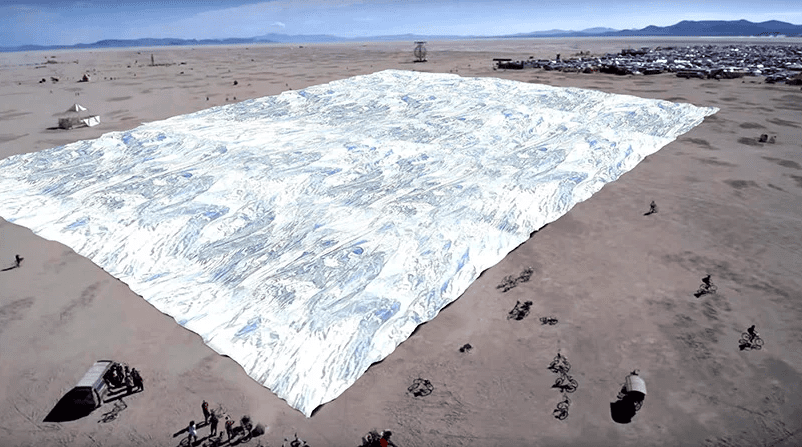 Usually providing insulation for astronauts, athletes and people in distress this time these special reflective blankets will be used to keep people out of the scorching temperatures that hit the Nevada Desert during the day which can reach up to 40 degrees in the daytime.
The proposed blanket will cover a land mass of 10,000 sqm constructed from 3,350 NASA space blankets held together with 40km of reinforced tape measuring 100 square meters, reflects 97 per cent of radiated heat.

Shtanuk has already raised $2,290 of the $17,500 needed to bring the blanket to life where this year the event will run from the 26th of August to the 4th of September.

Shtanuk said of the project, “The Blanket will be constantly changing its silhouette by the power of wind, taking different surreal forms – waves, mountains or some giant fantastic sculptures,”. 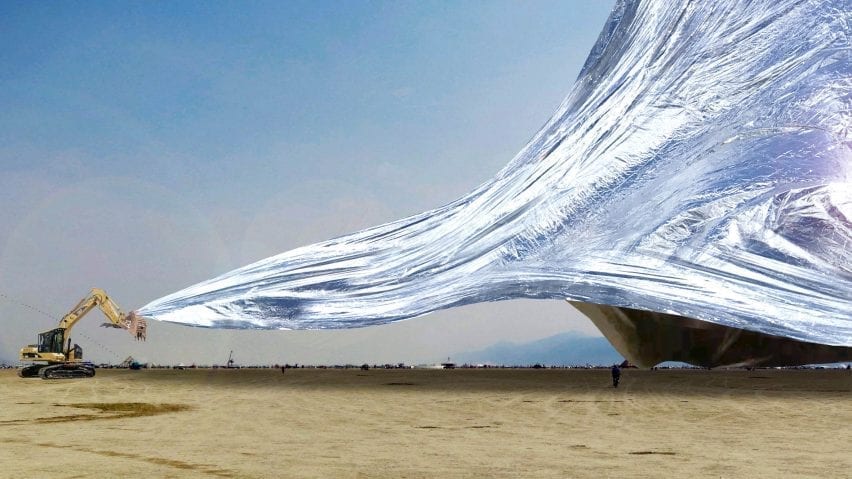 Shtanuk also imagines that the reflective material is harnessed for a different reason at night, where participants dressed in suits featuring electroluminescent wire will mirror “oceanic bioluminescent plankton or moving waves of equaliser”.

The 17,000 dollars would be used to purchase the materials, rent the space to assemble it and then transport it from Russia to the desert. What do you get in return for pitching in? Well, a “dusty piece of the blanket” of course. 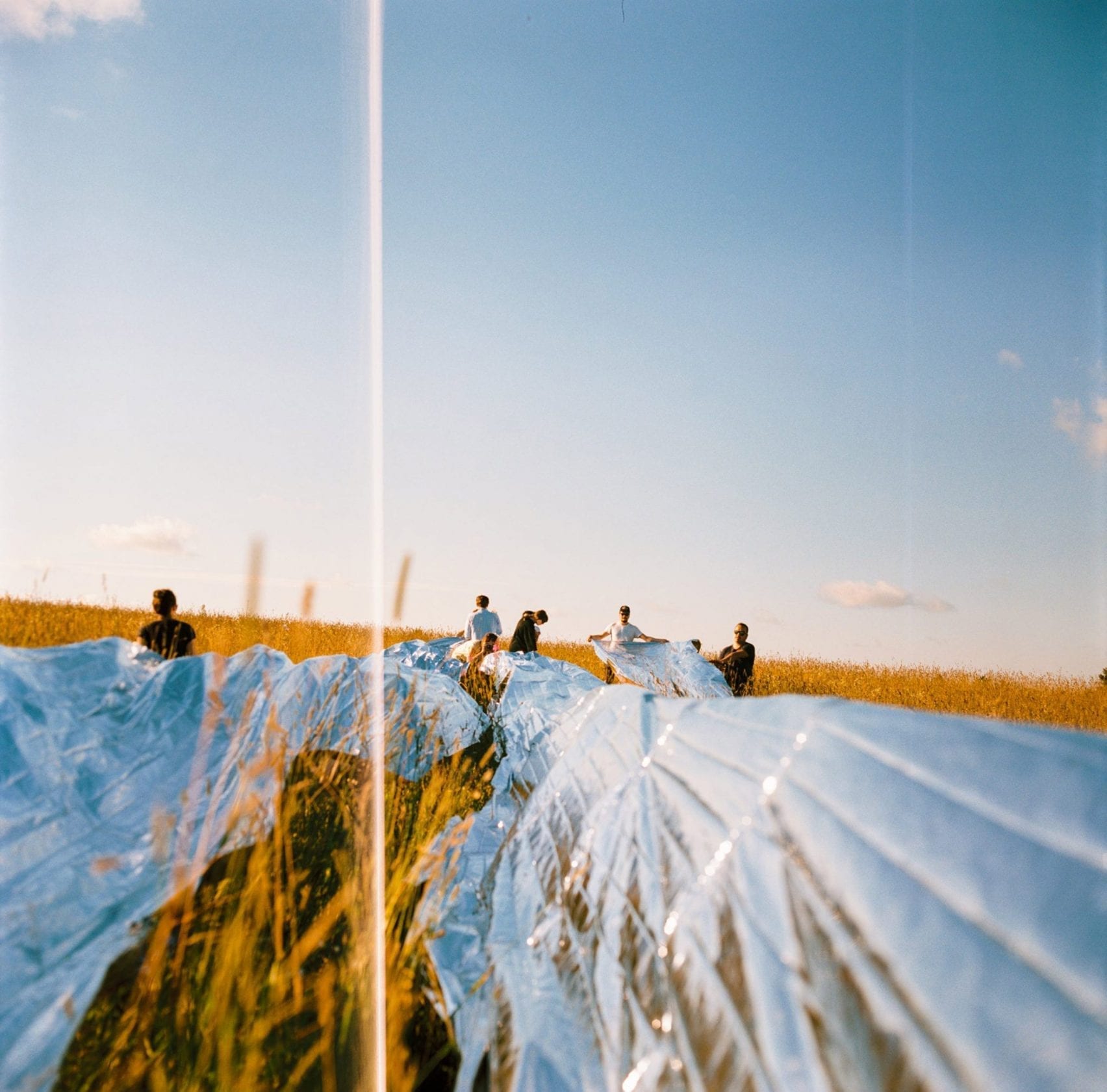 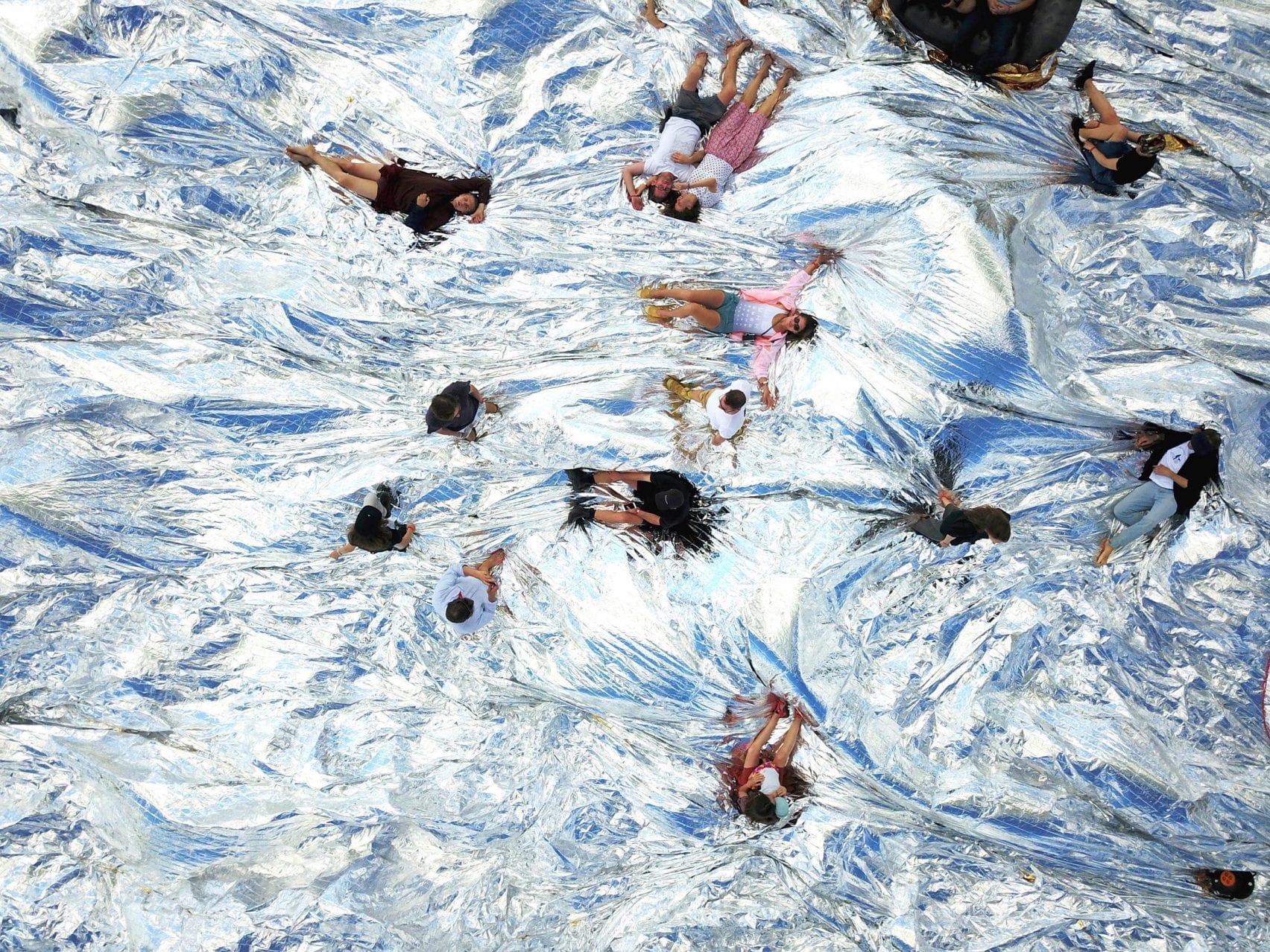 This isn’t the first time a crowdfunded design architectural project has been put to the public, BIG architects Bjarke Ingels and Jakob Lange are also raising money to build a huge, inflatable mirrored sphere at this year’s festival, and have raised 35 per cent of the total so far.