Earlier this year you might have seen a clip of Dutch historian Rutger Bregman mouthing off at this year’s World Economic Forum.  Expressing the mood of the world, it was a fiery indictment of the worlds elite, and it put the most coveted conference on earth under a burning microscope.

The conference has become a pioneering annual gathering which has seen every significant name in the political and business world pass through its walls.

Operating out of the tiny Swiss mountain resort Davos, no one in its existence from the outside world has ever received exclusive inside access, that is until now.

German veteran documentarian Marcus Vetter was invited to capture its impressive precision-like operations, his results, are at times extraordinary. Harrowing and equally awkward, Vetter tailed Klaus Schwab, the founding director around for two years. Over that time, we witness the rise of climate revolutionary Greta Thunberg berating those inside whilst a flurry of high-powered impasses take place between world leaders and CEOs. With the world changing ever so rapidly, much of the world’s anger is now directed at these very people that attend the WEF. We sat down with Marcus to find out what his experience was like capturing these very people and what kind of discussion he hopes the film will start.

Your movie has come at an appropriate time in the world. How do you feel about this film, looking back on it now?

I was very hesitant about doing it.  I didn’t know that much about the event, but I thought this is an event where the elites meet. Where talks are done, and then there are no follow-ups. I didn’t even know who Klaus Schwab, the founder was. He founded WEF 50 years ago and is probably the most connected person on earth, probably more connected than Obama or the Pope.

People attend because he is the host,  so when I met him two and a half years ago, I thought, that’s a fascinating personality. He was 79 years old back then, and 50 years ago he had this dream to gather the most influential people on earth and talk to them about ethics, and that you would be able to change the world. So where did that fail in the course of these 50 years? After a while I thought, maybe it didn’t fail at all. We have the perception that it must have failed because we believe the world is falling apart.

“He founded the WEF 50 years ago and is probably the most connected person on earth, probably more connected than Obama or the Pope.”

Through a particular prism, the WEF is seen as this closed-off fantasy world where a myriad of activity takes place away from the light. Was this your attempt at showing transparency? For many other people, it may be different and seen as a place of proper dialogue.

You can look at it from different perspectives. You have Greta Thunberg who is attending and who is saying that the emperor has no clothes. But then we have this scene when Klaus is writing a letter to Bono, saying maybe we can invite him one more time. Then there is, of course, Jennifer Morgan, the executive director of Greenpeace, who says that for these elite people, it’s more a festival of self-adoration. On the other side, I can also understand when Klaus says he’s a host, and that it is just a platform where people can meet to discuss.

This feels like a cop-out. It’s similar to Mark Zuckerberg saying, “I started Facebook and what goes on on the site is not up to me. I can’t police every single aspect.” There has to be some level of accountability by the director?

This is what Jennifer is saying by the end of the film. She says, ‘We have to rattle the CEOs, that you have to risk your status and your long-term friends in order to achieve something. You can’t just continue that way.’  That’s the call to action because it’s the guests who have to move as well. I would say that the platform has used because everybody is using it and not everybody is abusing it. 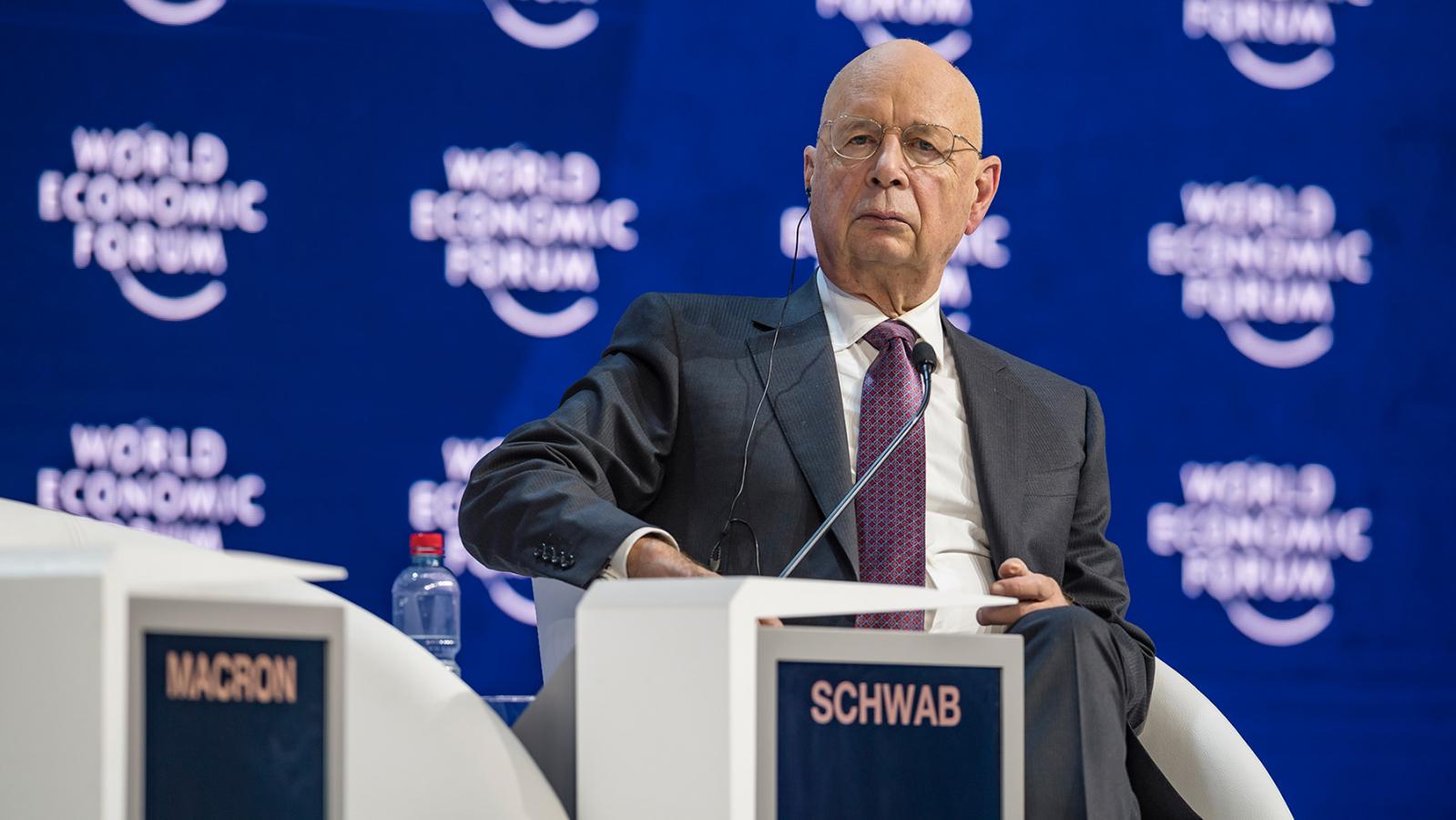 Speaking on the hypocrisy of elite gatherings

Klaus comes across as the type of person that is very aware of his own image,  who wants to propagate his own legacy. He wants to do good, I don’t doubt that, but he also wants to be in the room with the most important people in the world. There is this uncomfortable scene where you see Klaus writing to Greta; it feels like he’s just jumping on the bandwagon.

I could see the vanity when he had all his pictures with all the heads of state on the walls there at the WEF, and every time someone important came it hung on the wall at the WEF.

On the other side, he’s the kind of person who knows when things are happening. For example, when China was opening in the 70s with Deng Xiaoping, he knew exactly when to open up and bring those people to his platform.

It was the first event where the interviews were filmed on big screens. That’s possibly why a lot of people were coming.
He’s always way ahead of everything. Even though he has vanity, he’s not the person who puts the blame on the other side or says, I’m not working with you. I can see that he finds a way to interact with the other side.  There is a scene where he receives a harsh letter from Jennifer, and he is ready to read it out loud. He is able to make himself vulnerable.

I think it’s part of showing that he is accountable for avoiding scrutiny.

No, that is right; for example, he can feel that Greta will become a vital person in the future. So he wrote her a letter. He has a certain feeling of who to back. He was reading out loud that letter, and it was a harsh critic of him and his organisation. That’s something I like. Not a lot of people are ready to do that.

“You have Greta Thunberg who is attending and who is saying that the emperor has no clothes.”

Speaking on the rise of climate activist

The pinnacle of the movie came when the president of Brazil Jair Bolsonaro is seen standing at a gathering, and ex-vice president Al Gore approaches him. This is an extraordinary scene. Firstly, how did you get that kind of access, and what are your thoughts about that particular scene?

The fascinating thing is that Jennifer went over and failed in front of him. In the very beginning, she was saying that she was going to give him a hard time, and suddenly Jennifer realised just how hard it is to do that to a person like Bolsonaro, and he exposed her. It’s not that easy to interact with these kinds of people, she was a bit of a coward, and that’s interesting. 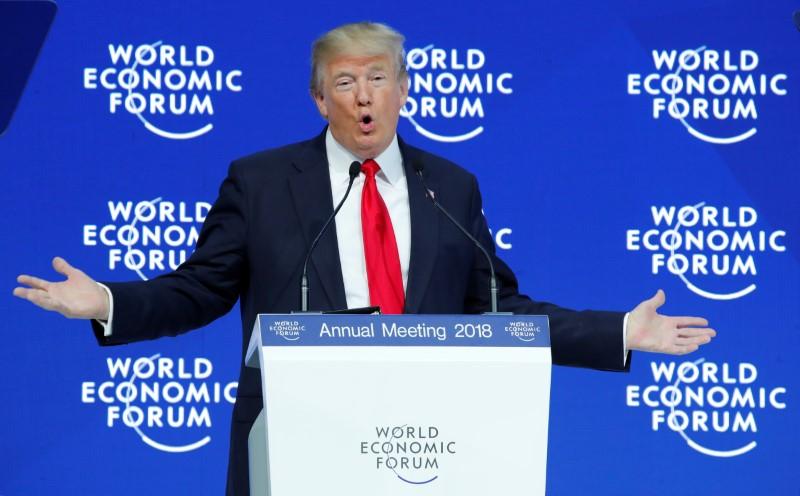 We are living in a time when ordinary people are questioning if the elites should be in control, asking if they have failed whether it’s politicians, heads of state or large multinational companies. The electorate is voting these people out in some places, you see it in Brazil you see it in the US.  They may be good people and bad people, and there’s the host, and there are the guests. So questions we need to ask should be, do we need a revolution? Can we stick with the elites? Is the establishment still in control? Do we trust them? That’s the kind of discussion which I hope the film could create.

Has Klaus seen the movie?

Jennifer and Klaus have seen the movie, and for both, it was hard for them to swallow it. It was hard to be criticised and also for Jennifer it was hard because she’s now accused of protecting Greta from the right-wing campaign against her. So she also had a hard time with that. Everybody is suffering a little; you don’t know exactly where the truth is.  I was just showing it. It’s complex.

The Forum will be out in cinemas on limited release in 2020.