It all started with a thought for Thomas Hargrove, would it be possible to teach a computer to match cases that have a common killer? In the early noughties, Thomas was working as a reporter when he came across an FBI report which outlined unsolved murders dating back decades. Hargrove fed up with the wall of injustice, wanted to challenge the system by patching a problem that hampered law enforcement for decades something called – ‘linkage blindness’.

The idea is that if two detectives aren’t sharing information then vital data will stay hidden. Fast forward to 2018, Hargrove has produced an intriguing piece of technology that correlates data on a massive scale, under the guise, The Murder Accountability Project. He has already helped police catch one killer, his hope is to capitalise on the many statistical anomalies that could fix a broken system. We spoke to Thomas to find out why police are finding it increasingly difficult to solve murders and can an algorithm actually catch a killer? 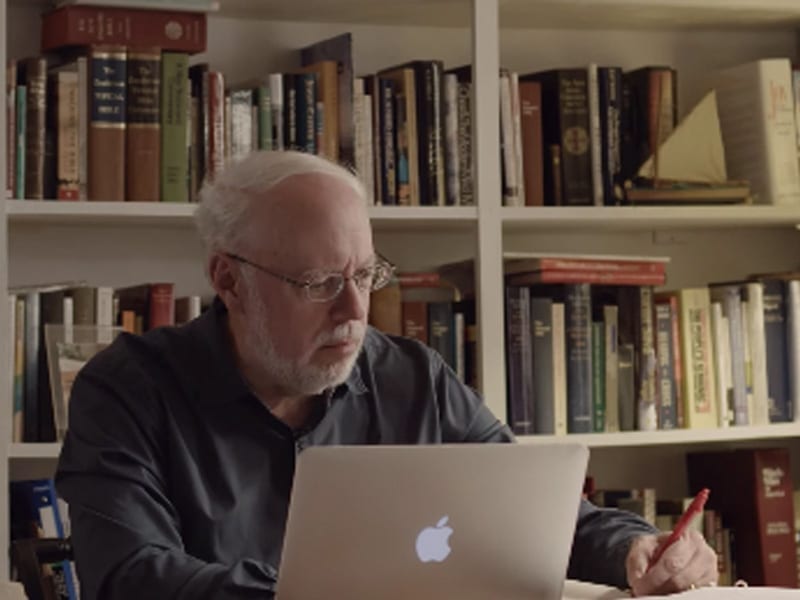 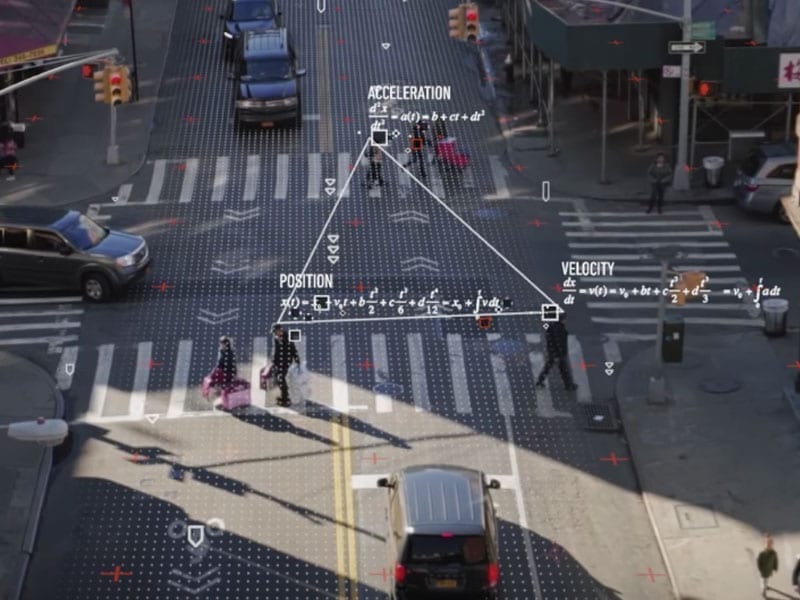 How does the actual algorithm work? You call it the ‘Dewey decimal system of death’ right?

Yes, that’s a nickname I gave it. We now have records on 751,000 murders and the algorithm converts those into tens of thousands of individual clusters. It then looks at each cluster to calculate the rate at which a murder in each cluster was solved and then elevates those clusters in which a lower number of murders were solved.
In the United States, about 80% of female murders are solved. They have a high solution rate because women tend to be murdered by intimates – a boyfriend, husband or someone they know. It’s a pretty small suspects list so the police usually make an arrest. But the algorithm looks for clusters where only a third or less of the murders were solved – in the case of Gary none of the 15 murders were cleared. That’s highly suspicious and suggests that something else was going on, these were not normal murders.

“Women tend to be murdered by intimates – a boyfriend, husband or someone they know.”

When we think about serial killers we have this caricature image in our heads of someone like Jeffrey Dahmer or the Zodiac Killer, but learning more about what you do it seems that there are plenty of small-town serial killers that have gone unnoticed, and it is this linkage data that is telling a whole new story. Is that right?

That’s exactly right. We are trying to make public the possibility that there are far more serial killers than we know. Frankly, I’m convinced there are. It is not an unreasonable guess that in the last 50 years there are at least 2000 unrecognized serial killers.

A ‘serial killer’ is simply a statistical statement that one person has killed two or more people in separate incidents. That’s the simple definition. We know that something like 8% of all homicides are multiple killings, where two or more people are killed in one incident. So is it really so likely that serial killing is rare? Officially an estimate made back in 2004 by the FBI stated that less than 1% of all murders are serial. I’m absolutely convinced that is wrong and that serial killing is much more common.

Is your work, known as the Murder Accountability Project, accessible by everyone?

“It is not an unreasonable guess that in the last 50 years there are at least 2000 unrecognized serial killers.”

So do you think a global movement of citizen science like this can change law enforcement?

Well, we don’t advise people to be abusing police but we do absolutely want people to look at the data in their community. One of our dreams is that the parent of a murdered child will call up our data and find their child’s case, broaden the search and notice that children from other families have perished in similar cases. Then that parent will have a new conversation with the homicide detective and ask them if they have considered the possibility of linked cases.

So far, every time we have dug into a cluster of suspicious murders we come away convinced that there are active serial killers. We have that suspicion in Cleveland and Chicago, and there are a great many other places that ought to be looked at. 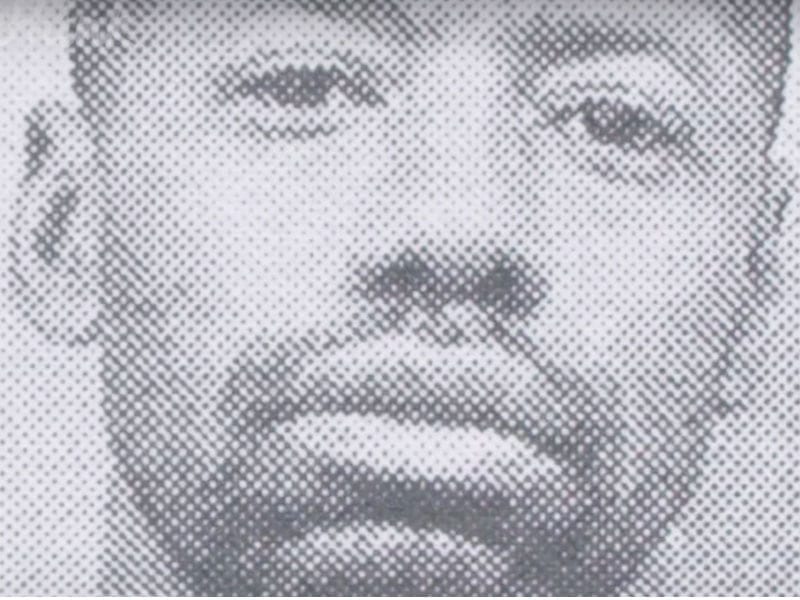 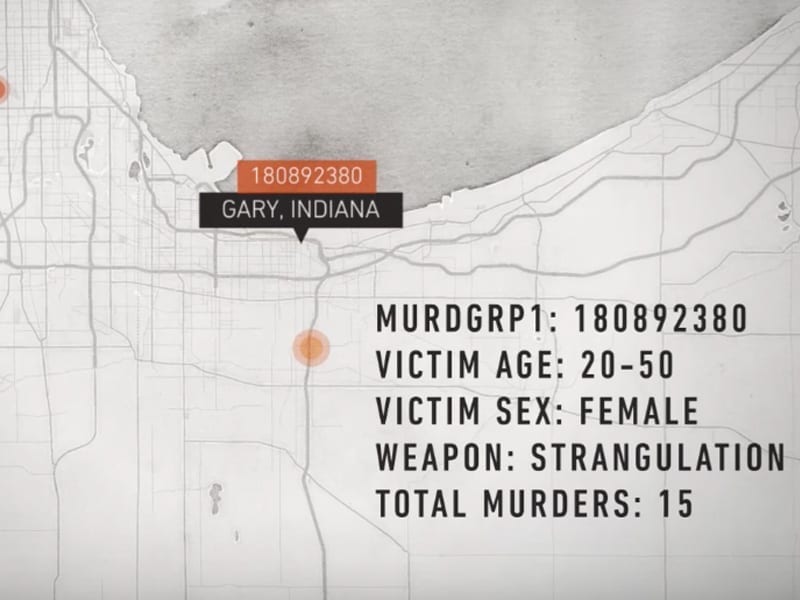 The statistics show that around 5,000 people kill each year without ever being caught, and a percentage of these murderers have undoubtedly killed more than once. What would you put the ineptitude of investigators down to in these cases?

I wouldn’t even call it police ineptitude; I would put it down to a lack of will by local political leaders. The reason why the rate at which we solve homicide crimes in America has been declining – in 2016 we only cleared 59% of our murders, which is the worst in American history and in the industrialised world – is not because of the police but because we don’t have enough trained homicide detectives or forensic technicians to work the crime scenes. There’s just a lack of troops necessary to engage in this war against crime.

Let’s talk about a recent success you experienced. Something happened over in Gary, Indiana?

Well in the case of Gary, the very first time we ran the algorithms in 2010 one of the clusters that looked very suspicions was a group of 15 strangulations of women in that area, which is a very gritty blue-collar city just across the Illinois line in Indiana at the southern tip of Lake Michigan.
I contacted the Gary police department, which said there were absolutely no unresolved homicides in their town and that they wouldn’t consider any further discussion on the topic. They refused letters, emails, phone calls and even registered letters. I gave them lists of cases that I thought were linked.

In 2014, 4 years after those frustrating contacts, next door to Gary in Hammond, Indiana police were summoned to a murder of a woman in a motel. Police made an arrest and the case was cleared very quickly, and as sometimes happens with these guys the perpetrator Darren Vann confessed that he had been at this for quite some time, going all the way back to the 1990s. He offered to take police around Indiana to uncover bodies that had never been found, so Hammond police called Gary to let them know they were coming in. The detectives worked with Vann for several days and they recovered 6 female bodies that were previously unknown so he was charged with 7 murders in total. The day after the announcement had been made that there was a serial killer in Gary there was a press conference where the police chief was asked if he had any idea that there was a serial killer at work in Gary and he said he had absolutely no idea. I won’t describe what my feelings were after seeing that.

Do you think you will be able to improve the algorithm?

I don’t know. We’re limited by the amount of data that the Justice Department currently collects, so we only have basic information like the victim’s age, race, sex and the method of killing. The methods that we have developed so far are only useful when a serial killer sticks to a particular method of killing and particular killing ground or geography. Mobile killers are invisible to us, killers who change their methods also, so I don’t currently see how we can go beyond the data made available to us.

“We hope someday that the United States Congress will put us out of business by introducing a requirement that all unsolved murders should be reported to a central facility.”

Looking to the future, there has been a lot of talk about forensic policing and using cryptology to allow police to do a better job. Are you a fan of this idea of integrating more technology into law enforcement?

The Murder Accountability Project exists to fill a need: there is no master list in the US for an unsolved murder, so we are trying to build one. It’s imperfect and it has holes but right now we are the only master list anywhere in the country.

We hope someday that the United States Congress will put us out of business by introducing a requirement that all unsolved murders should be reported to a central facility, probably the FBI.

Canada has a rudimentary system, Britain has a very good system. In fact, Britain is the gold standard: they have the capacity to actually review unsolved murders looking for commonalities. No place else can do that as a government function, so hats off to the UK and I’m hoping that becomes a more common model throughout the world.

Images are taken from Can an Algorithm Catch a Serial Killer?

The interview has been condensed and edited for clarity.