Monday night’s horrific terror attack in Manchester, carried out by 22 year-old Libyan English national Salman Abedi, reinforced the sad reality of the times we’re living in.  Senseless and all too common tragedies like this, aimed at innocent people across the Western world, being carried out by a mixture of lone wolves and highly organised ISIS terror cells.
Most of these young adults are part of what we call the ‘1.5 generation’, raised in their native country but born out of two worlds and therefore inevitably caught between two cultures. They don’t feel like they belong to anything and anywhere and if caught at the right time, they are inducted into a dark world of radicalisation. The true question remains how do we get to these young people before they carry out these futile acts of violence?

“Every tech giant like Google should be armed with a private think tank dealing with these issues.”

Unfortunately, most people don’t realise just how tech savvy these rebel organisations are, grooming these young adults through the means of technology years before they wreak havoc. For example, the messenger app Telegram has become the primary way of communicating for ISIS. The app founded by Russian entrepreneur  Pavel Durov provides end-to-end encrypted messaging for a reported 100 million active users per month. This is an app that has become a safety zone for these terror networks, they even have official ISIS channels in there. 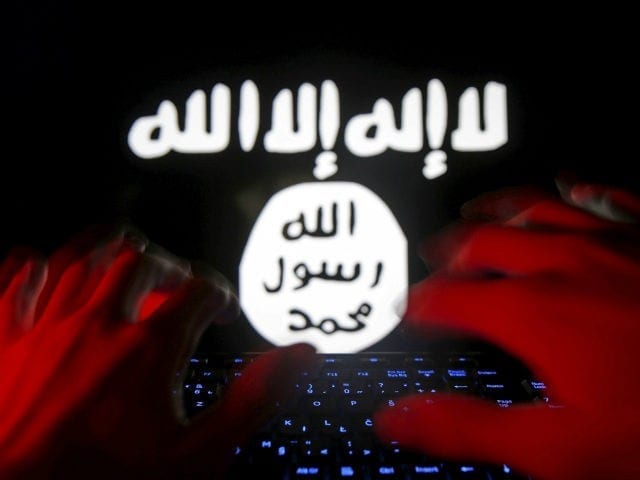 As NY Times journalist Rukmini Callimachi explains, “In the ISIS channels, when an attack happens they hashtag the city after their specific attacks, trying to brand it for themselves.  They even try to piggyback onto other hashtags, such as #arianagrande #Manchester.”
Fundamentalist recruiters using apps like Telegram are well aware of the dynamic between the internet and the psychology of the person behind the screen – they use and abuse the person to will them into the world of radicalisation.

So technology has now taken centre stage of this war on indoctrination. Its level of anonymity mixed with tech savviness has allowed ISIS to build an isolated network far from the peering eyes of the West. However there are people out there online who are active in the line of duty equally working with technology and at getting to these vulnerable young men and women.

Yasmin Green, the director of the Google think tank Jigsaw is one of those people.  Jigsaw is a company that originated out of Google Ideas, enforcing mandates from Google and Alphabet to design technologies that help keep the world safer from various attacks; including attacks on free speech, online recruitment for terrorist groups, cyber security threats. A hefty to-do list indeed. Yasmin Green and her Jigsaw crew are highly capable and intelligent people emanating out of many different educational backgrounds including anthropology, science and engineering but they share a fundamental belief that technology can transform the way the world works. 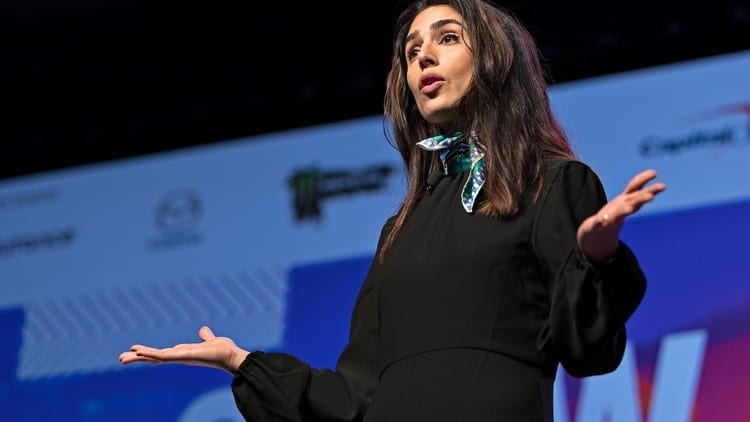 The irony isn’t lost on us. Google represents almost 95% of the search engine market, and thereby has a huge influence on how the tech landscape is shaped. Does this make them accountable? Partially, but equally, they are trying to reshape the internet by fighting the good fight. Perhaps they have realised the significance of their position and are beginning to think of their social responsibility as well as their profit margins.

Yasmin has been working at the front line of online radicalisation since Jigsaw began. As she explains, “We always say that problems like terrorism or authoritarianism are intractable, as these are problems that have existed since the beginning of time, but we fundamentally believe that technology can transform the way the world works.”

In her office in New York, the team at Jigsaw work tirelessly to effect positive change and if that means Yasmin heading to the front line in Syria or Iraq then so be it,  “We went and spoke to people who have been recruited, like 25 year-old ISIS defectors. Those interviews were critical in helping us understand when we should be reaching out to someone to change their mind. I’d be sitting in northern Iraq, speaking to these boys who looked super young, about both the radicalisation process and also what the technology touch points were at each stage of their radicalisation. I would ask them, when you know all that you know now about how traumatic an experience it is, would that have changed your mind before you decided to join? And the answer was always no, that wouldn’t have changed my mind and at that point, they were just so convinced that they were not accepting any new information. But they said that if they had known it all six months before they decided to join, it would have changed things because they were still deliberating.”

This is incredibly cutting edge work from Jigsaw, at the heart of radicalisation. They realise it’s all about timing and combating nefarious online tools with positive reprogramming. They invest time and money into tools like Perspective, which through machine learning guide people into having discussions that are more likely to be productive. The problem of trolls, comment boards and fake news are a whole other issue for Jigsaw. Check her keynote at SXSW to see how farcical it really is.

“It’s about getting to the ones that are sympathetic but not yet sold because they are our best chance.”

In terms of actual targeting and pinpointing the vulnerable individuals out there, Green says “it’s about getting to the ones that are sympathetic but not yet sold because they are our best chance. It’s about designing a smart, targeted advertising strategy that is going to get the videos we have found to debunk the mythology of ISIS.”

Last year, Mark Zuckerberg responded to the deadly terror attacks in Brussels by writing a 6,000-word manifesto announcing that ‘love’ was the only way to combat these horrific acts. Intentions aside Mark, he needs to take a leaf out of Jigsaw’s book, by utilising multi-faceted technological tools to deal with the complex problems we face.
In fact, every tech giant should be armed with a private think tank dealing with these issues.  All those years ago, companies like Google and Facebook probably never thought out the long term realities of how their tools would be used. But just knowing the amount of time Jigsaw invest into combatting the rise of terrorism and programming a brighter future for all of us, maybe it might stop the next #manchester from happening.