Before Jean Michel Basquiat ever joined the ranks of the global street art elite, another lesser known street artist in New York was making inroads into the cities subculture. A radical visionary of his time, Gordon Matta-Clark, became known for turning the world of both art and architecture on his head.

Called the James Dean of postwar art, he had boyishly handsome looks and a rebellious nature which endeared people across the art world. Unfortunately, his career was cut short, in fact just under ten years, dying from pancreatic cancer at the age of 35, but he was able to transform the way we look at architecture as an art form forever. 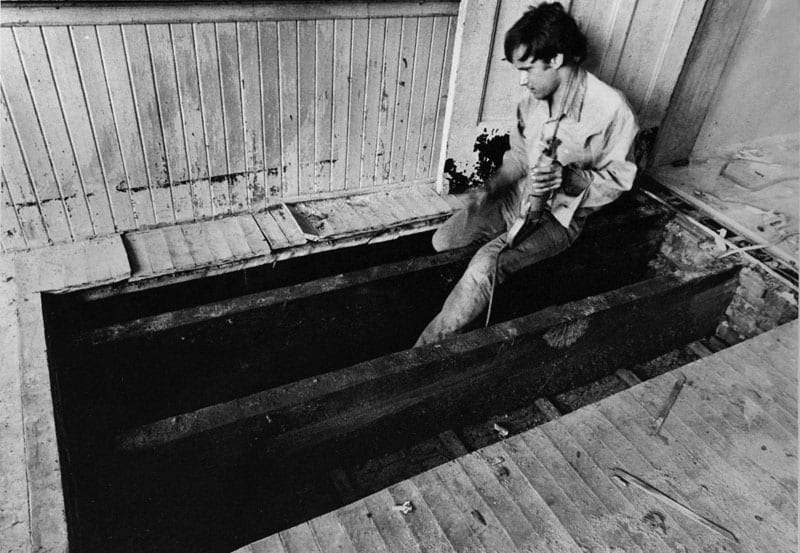 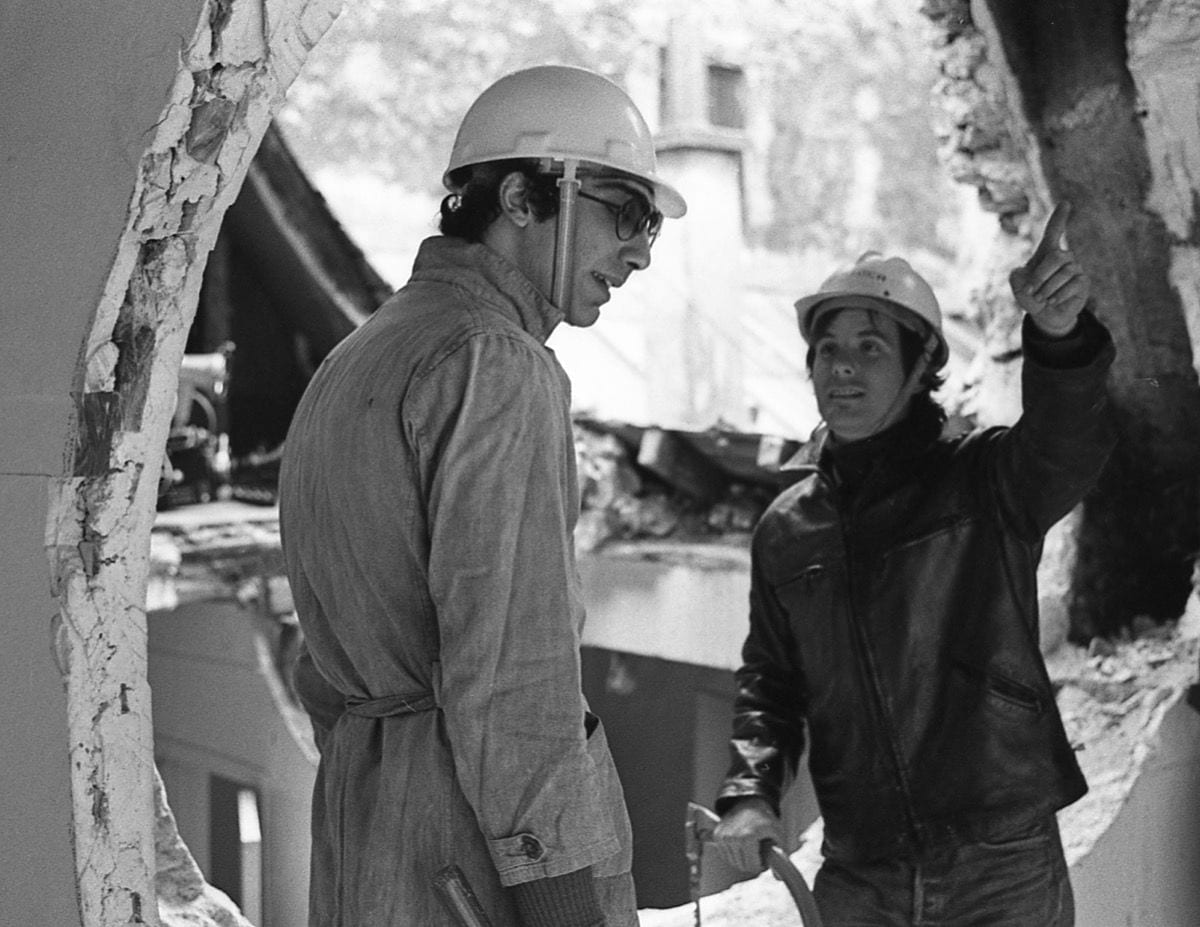 Radical enough to cause mischief wherever his work went, he regarded architecture as a field of action and engagement and was keenly aware of the socioeconomic context surrounding his work. Matta-Clark was keen on reinventing what architecture could do, in fact, he relabeled himself not as not as an artist nor architect but as Anarchitect. A quirky hybrid of anarchy and architecture together.

This name became the basis of the group he went on to form in 1973 to perform well known radical interventions on dilapidated spaces around the world.

New York 1970’s was where he began and at that particular time, the city was a hotbed for creativity and fiery expression, not to mention a dystopian wasteland, warehouses and vacant buildings were left empty across the city.

His breakthrough came when he decided to use these empty spaces to make a statement with his first major work Bronx Floors in 1972. Here he was able to create geometrical cuts in the side of abandoned buildings along the Hudson piers challenging preconceived notions about what the purpose was of a derelict building, connecting this to the problem of affordable housing at the time. The significant body of his work remains largely a critique on capitalism, his work more activism rather than vandalism.

In 1974 he performed one of his most controversial works, Splitting, simply slicing a suburban villa in two, where he was able to comment on the dissolution of the American family. 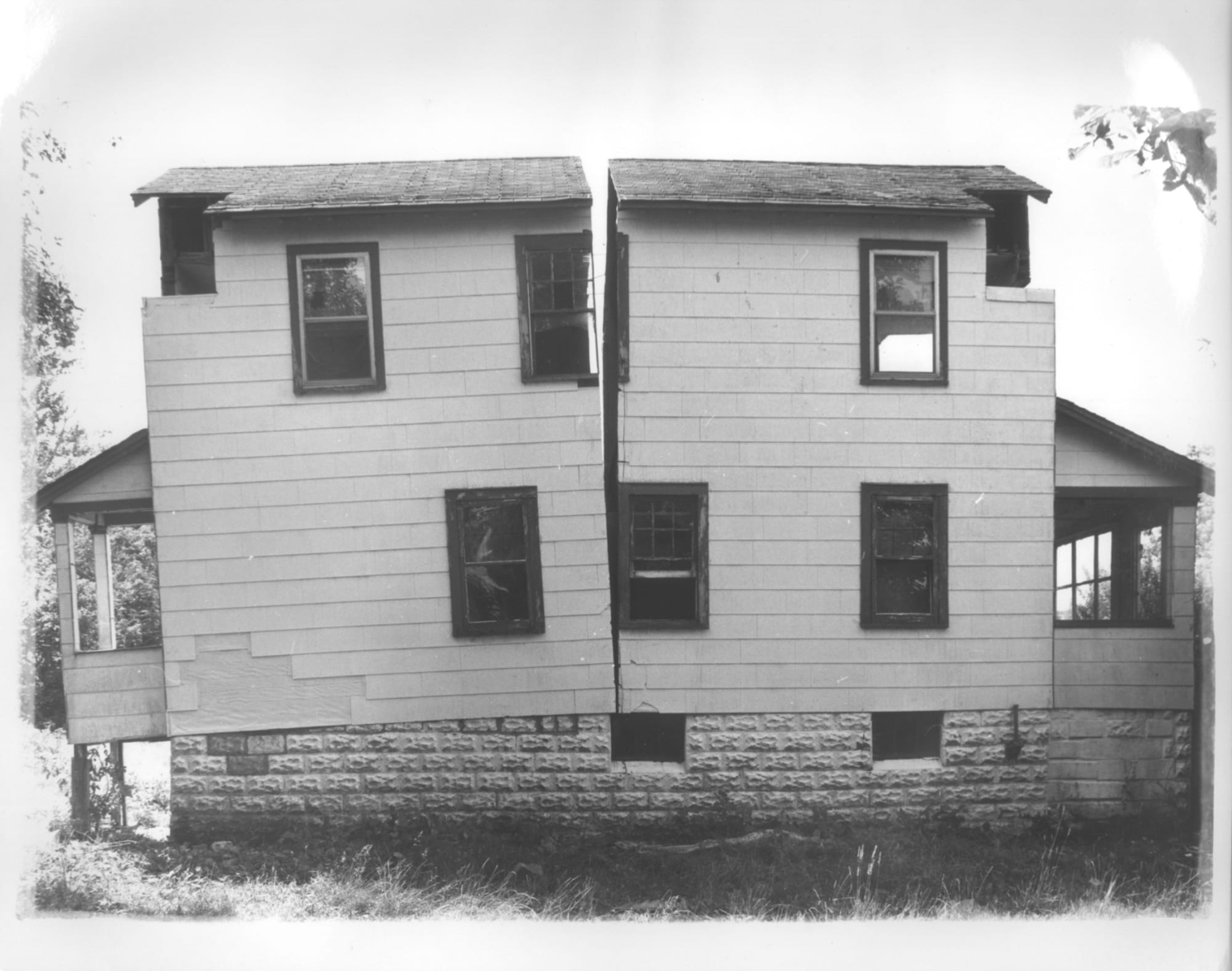 In Day’s End, 1975 he descended upon the Meatpacking District on Pier 52 in New York. A place known for its destitution and squalor. He realised residents living around the area near the Hudson didn’t have access to the water, so he tried to open up the harbour for them cutting holes in the floors and walls, he helped create something called the “sun-and-water temple.” Only later was he pursued by the police for trespassing and vandalism.

This type of deconstruction or alchemy helped people understand what Matta-Clark was trying to do which was find beauty in the destitute and dilapidated. 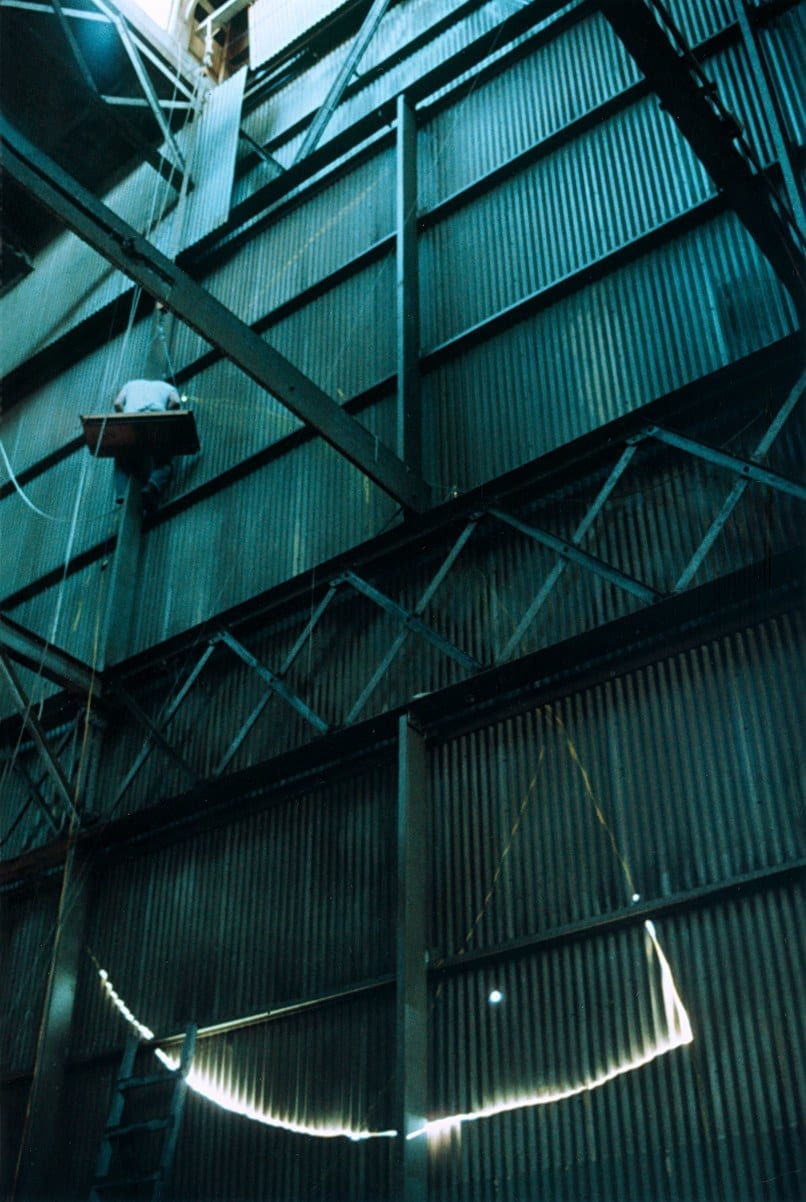 One of his most well-known pieces was constructed in Paris for the 1975 Bienalle called Conical Intersect. The work consisted of a cone hollowed out of two derelict 17th-century buildings next to the site where the future centre Georges Pompidou would later arise. His mission here – to comment on the fierce realities of urban gentrification. 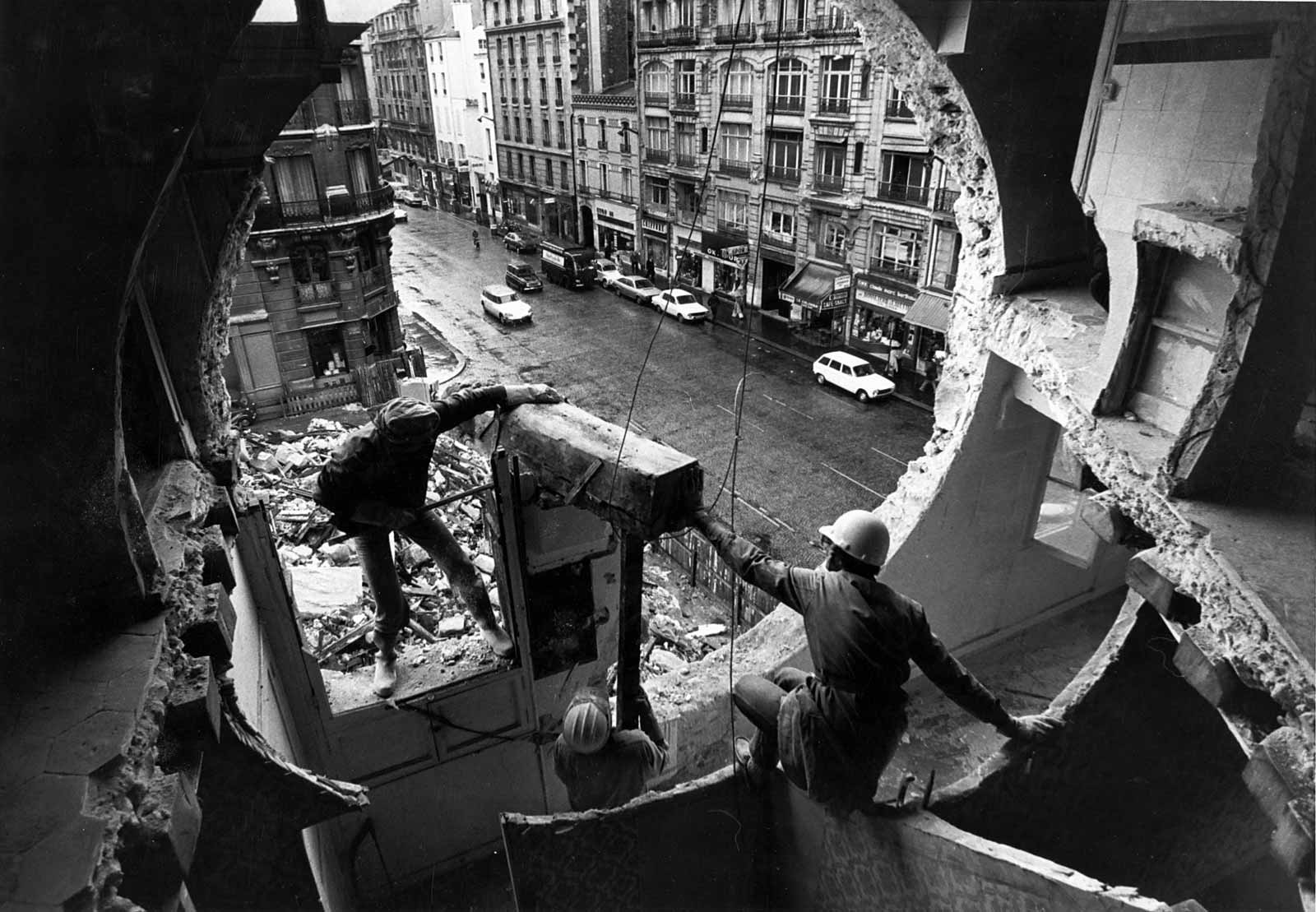 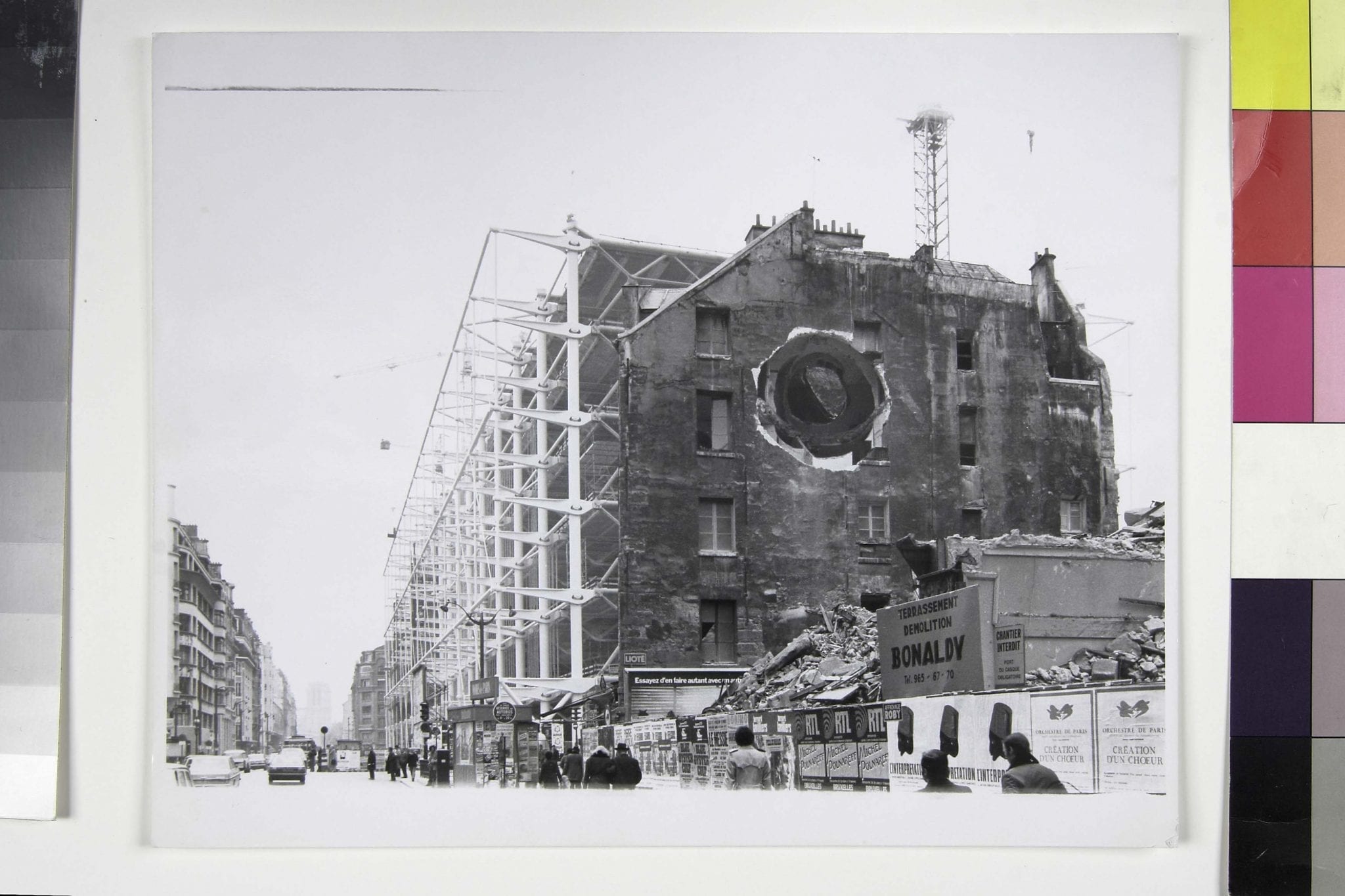 Matta-Clark would often take to building with jackhammers, blowtorches and chainsaws not to terrify but to remind us of the transformative beauty within the space.  He helped expose their identity not by building on top or anew but by taking it apart, nothing was too sacred for Matta-Clark to disrupt.

Some people question why his star faded so quickly after he died, but his legacy lives on. Matta-Clark found fans in some very high places after his death, superstar architects like Frank Gehry, Diller, Scofidio + Renfro and Rem Koolhaus all have cited the huge impact that Matta-Clark’s work has had on them. Some say he is as even as influential on today’s architecture culture as Le Corbusier. 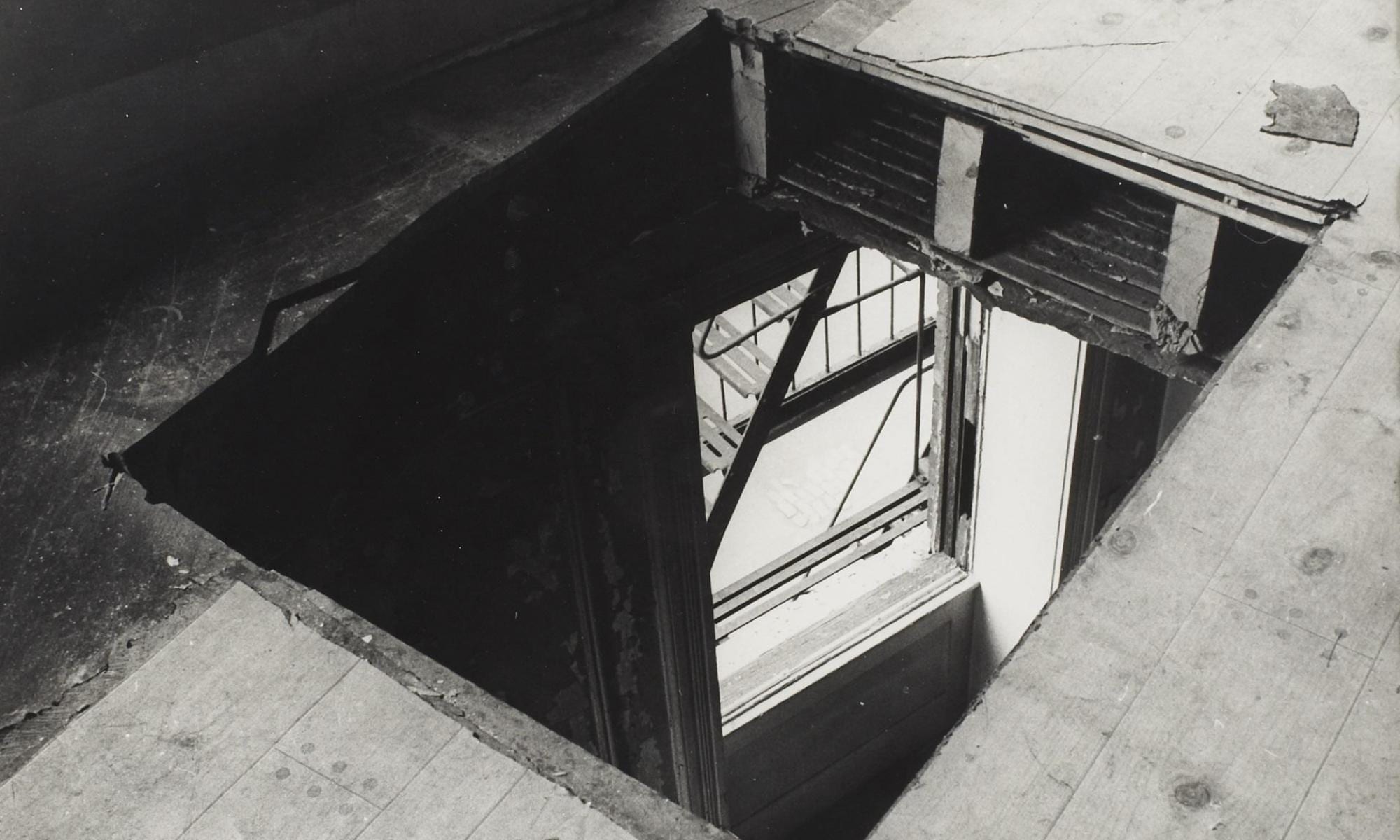 In a world where buildings owned by wealthy individuals remain vacant, where starchitects reside over billion-dollar condominiums and where a large swathe of the population don’t have access to affordable housing, Matta-Clark’s work is now more relevant than ever. His work asked essential questions about the symbolism of empty spaces, social status, gentrification, decay and how much-inspired beauty can be created out of neglect.

He was only active for a decade but remained influential enough for us to be still be asking questions about how we live.

Gordon Matta-Clark retrospective is on now at the Jeu de Paume, Paris until the 23rd of September.