Plastic pollution is quickly becoming one of the biggest environmental crises of the 21st century. It is estimated that over 8 million tonnes of plastic goes into the ocean every year, and it is predicted that if production and usage continue at current rates, there will be more plastic than fish in the oceans by 2050. Increasing efforts are being made to fight the problem, with big corporations such as McDonald’s banning plastic straws and schemes to directly remove plastic rubbish from the ocean, such as The Ocean Cleanup.

“A single-use plastic takes over 4 centuries to degrade.”

However even if this plastic is retrieved from the ocean, there is no guaranteeing that it will not end up in a landfill. Contrary to popular belief, not all plastics can be recycled. As single-use plastic takes over 4 centuries to degrade, a more effective solution seems to be finding a way to tackle the waste that already exists (the 6.3 billion tons of it that is). And co-founders of BioCollection Miranda Wang & Jeanny Yao believes they have found the solution: turning this plastic into liquid. 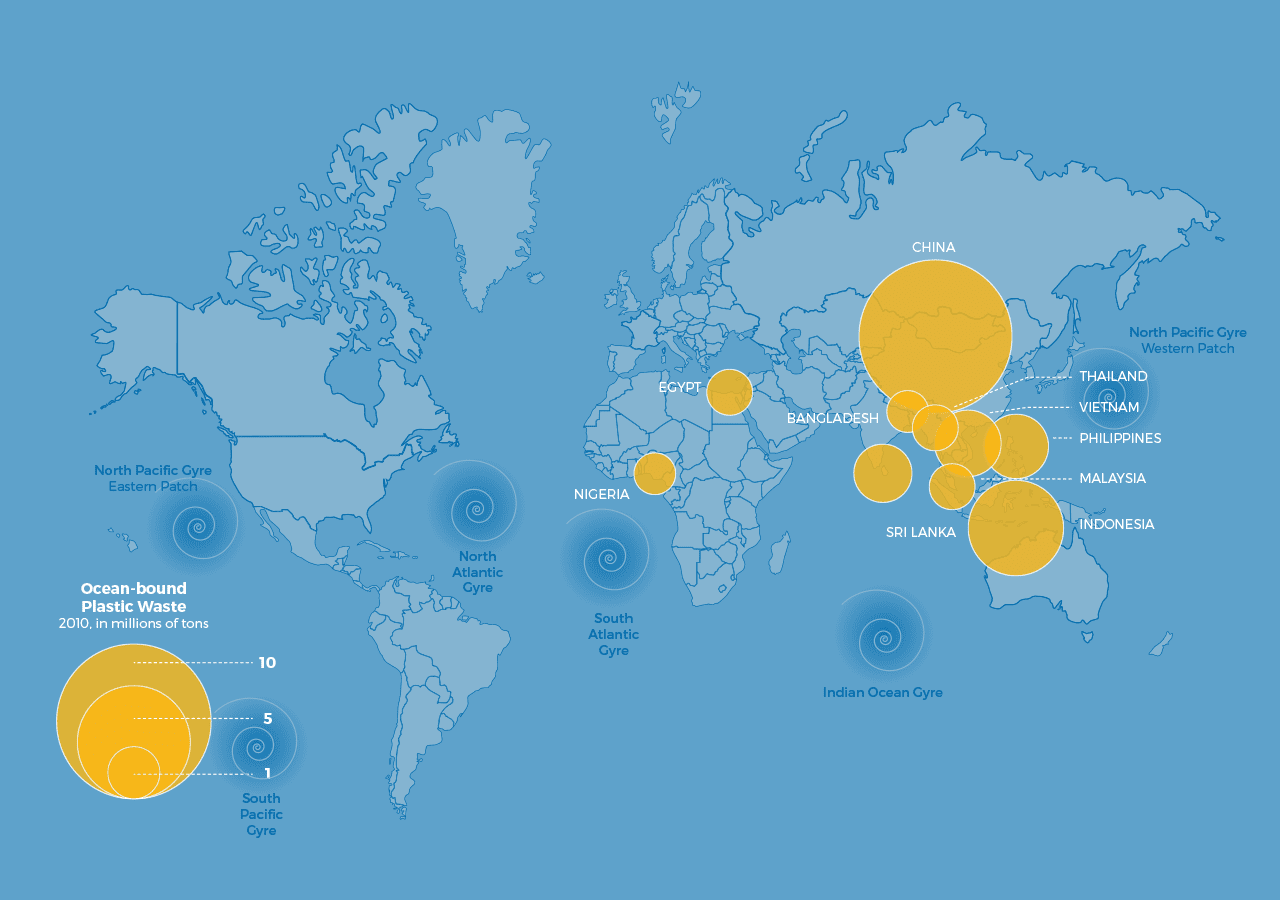 In 2015, they founded the startup BioCellection. Their initial discovery, made while they were studying at college, was a bacteria that has evolved to eat plastic. However, since turning their focus towards using chemicals, rather than this type of bacteria, the results have been much more promising.

They have been experimenting with film plastic, made from the cheap material polyethene, due to its tendency to collect contamination, and therefore poor recycling rates (more than 97% of it is not recycled). Wang says, ‘our technology can turn these dirty films that have food or dirt or any kind of grime or any kind of contamination on it […] into a combination of four different kinds of chemicals, called organic acids’.

So how does it work? They shred the plastic and then put it into a flask with a clear liquid catalyst. This causes the long carbon chain of polymers in the plastic to dislocate and collapse (and the surface contamination does not react at all). The liquid catalyst then burns off and re-enters the system, meaning the process can constantly be repeated.

“By 2019 they hope to build a machine that is able to process 5 metric tons of waste per day.”

In simple terms, the long chain breaks up, leaving many different chemicals with shorter chains behind and the plastic has therefore been turned into liquid. And what’s more, this liquid is no longer plastic, as its makeup has been permanently altered into chemicals which can be put to further use.

Watch a demonstration of the process above.

In the coming months, BioCellection is looking to expand and to conduct experiments to see how this process could be effective on a larger scale. By 2019 they hope to build a machine that is able to process 5 metric tons of waste per day. Wang stresses that scientists must be more proactive: ‘we need technologies that are actually robust enough to handle that, handle those materials as it exists in our world today and not as some theoretical curiosity project’. We hope she will be able to lead the way to real change.