Oxford University researchers have estimated that 47 percent of U.S. jobs could be automated within the next two decades. Author and expert in the area Martin Ford has been writing about this topic for quite some time now. In his 2015 award winning book, The Rise of The Robots he outlines several implications of automation and disruptive technology, and what we can do to respond to these emerging issues. In our chat with Martin it becomes clear that if we don’t act now, we could have a real crisis on our hands.

How serious are governments taking this issue?

A few governments are beginning to take the issue seriously. So far, I’ve been asked to speak to or consult with governments of the Netherlands, Austria and South Korea.  Of course, that is not to say that the specific “47 percent” number from the Oxford Study is taken seriously. That’s just one estimate, but the general issue of job automation is certainly getting more visibility.

Do you feel that among all this techno-chaos a worker revolt could ever realistically take place, or are people too apathetic to care?

I think that if the situation gets bad enough at some point in the future, then social unrest is a definite possibility. Keep in mind that things could reach a tipping point quite suddenly. I think we already see an expression of the anger building among working and middle class people in the rise of Trump and Sanders. Things could get a lot worse if we don’t adapt. 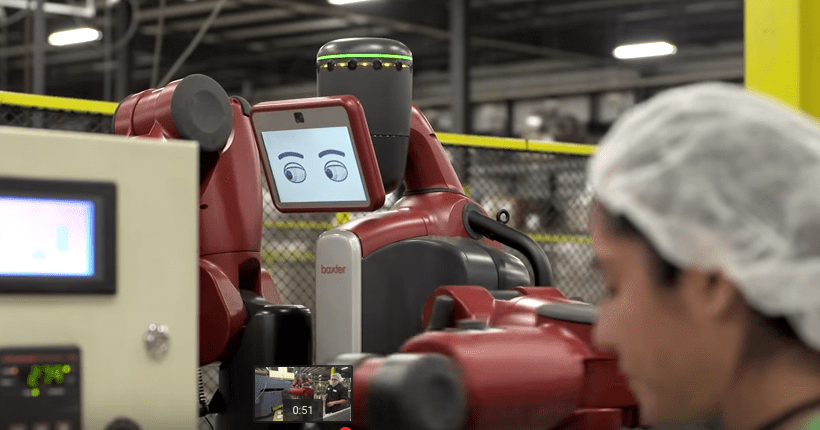 I can’t seem to work out from the criticism and writings of your work if your pro technology or a luddite?

I’m absolutely pro-technology.  Technology is the reason we expect to be better off in the future. An average person today probably has a more comfortable life than a very wealthy person 100 years ago and the reason in technology.

So my argument is not that we should try to stop technological progress; I think that would be both impractical and misguided. Instead we need to adapt to the implications of these trends, and in particular we need to reform our economic system to ensure that the fruits of all this progress makes everyone better off—and not just a wealthy elite. I do think it will require active policy changes; it’s not going to just work out automatically as a result of market forces.

Part of your argument is that ‘no job will be immune’ from technology replacement. What happens to professions that possess a moral dimension such as the legal profession or psychologists, or even your role as a writer?

Placing ethical or moral decisions in the hands of machines is certainly an emerging debate, it comes up with military robots and self-driving cars for example. In the future it may extend into many other areas.

There are no clear answers. Some people are very uncomfortable with machines encroaching in this area, but there are arguments that they might exceed human judgment in many cases.  For example, a famous study found that judges in the U.S. handed down harsher sentences when they happened to be hungry.  An algorithm would obviously not have that problem.

Do you think there’s any simple way to combat the rise of technology taking jobs; for example, legal necessity for companies to have a certain number of humans, or do you think that’s unnecessary?

I would not advocate that approach because it holds back progress. I say let the technology advance and instead reform our economic system – perhaps with a guaranteed income, for example.

Humans have been very adaptable throughout history. When a large shift like the industrial revolution came in for example, the apocalypse didn’t take place. What does your book have to say about large question-marks that hover over these large techno-shifts and how we respond?

It’s true that people have adapted and found work in the past. The best example is probably agriculture: most people used to work on farms. Then farm machinery came along and millions of jobs were lost. What happened? People moved to factory work. Later they moved to the service sector.

However, each of those transitions still involved most people doing work that is fundamentally routine and predictable. People went from farm, to factory, to office or retail store, but in each case they were doing basically routine stuff.

This time, there is not some new sector of the economy that will produce millions of routine jobs. All that is going to evaporate in the face of technology. Some people, of course, will successfully transition into non-routine or creative occupations, but I am very skeptical that everyone in our workforce can make that kind of transition and also that there will be enough of those jobs in any case.

Peter Thiel’s famous line – “We were promised flying cars, and instead what we got was 140 characters.” rings true of a modern age void of any ‘real’ substantial change from technology. Can we expect more of the same in the future?

Over the past few decades, we’ve had lots of progress but it has been highly concentrated in information and communications technologies—not so much in areas like transportation, energy, etc. I think there are good reasons to be hopeful that progress will become more broad-based as all this new computing power (and artificial intelligence) gets applied in other areas. We already see, for example, amazing progress in solar power, and well as in electric (and self-driving cars). So I think we will soon see more progress across the board.

Your book has been re-released on paperback. What has been the most surprising reactions to your book?

The main surprise has been the level of interest in this topic world-wide. When I wrote my first book, “The Lights in the Tunnel” back in 2009, this topic was really not on the radar at all. It’s remarkable how it has become so visible over the past few years. I think people are beginning to realize that the rise of robots and AI will present a major challenge for our economy and society in the coming decades.