The 19th century was a blustery time for science. The evolutionary foresight of Charles Darwin had just arrived on the scene and dismantled almost everything we know about biology. One person in particular who welcomed him with open arms was German-born biologist Ernst Haeckel (1834–1919). A true polymath, Haeckel was a naturalist, evolutionist, artist, philosopher, and doctor who spent his life researching flora and fauna from the highest mountaintops to the deepest ocean. A vociferous supporter and developer of Darwin’s theories of evolution through his work. 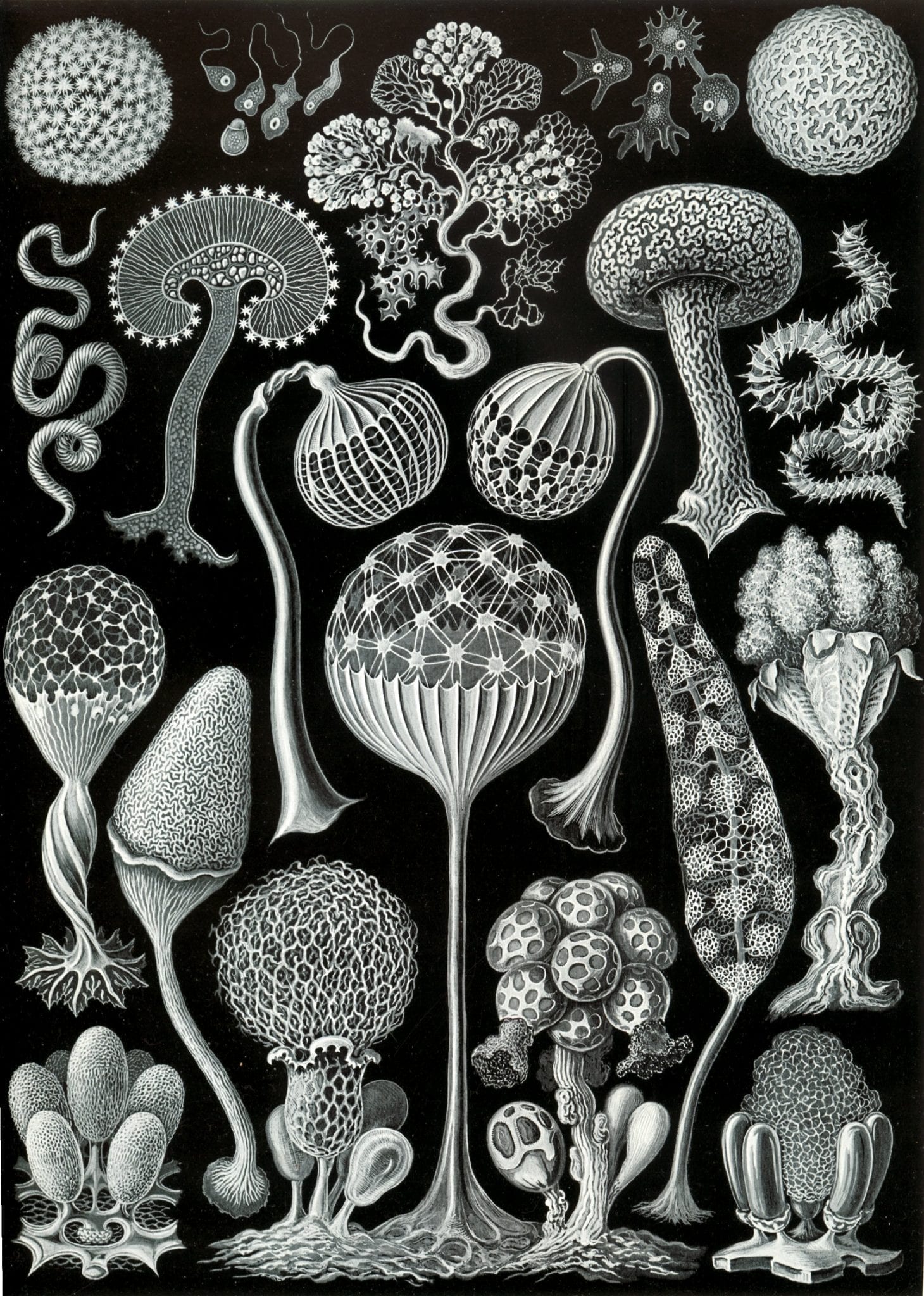 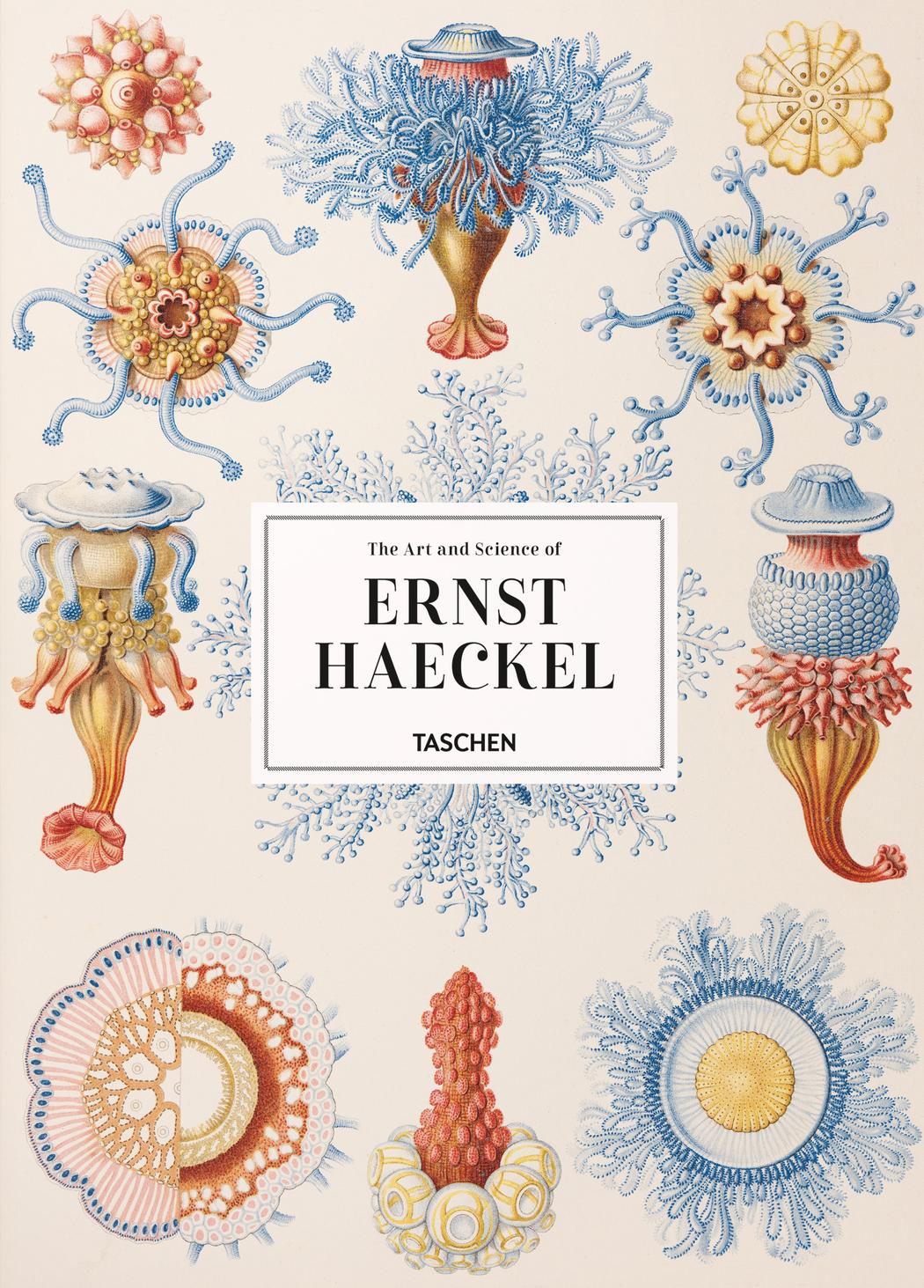 Haeckel’s work is greatly appreciated today especially at a time when biodiversity is increasingly threatened by human activities, and remains a vivid reminder of the precious variety of life. He was a pioneer who captured the artistic beauty of the natural world. Haeckel denounced religious dogma, authored philosophical treatises, gained a doctorate in zoology and coined scientific terms which have passed into common usage, including ecology, phylum, and stem cell. 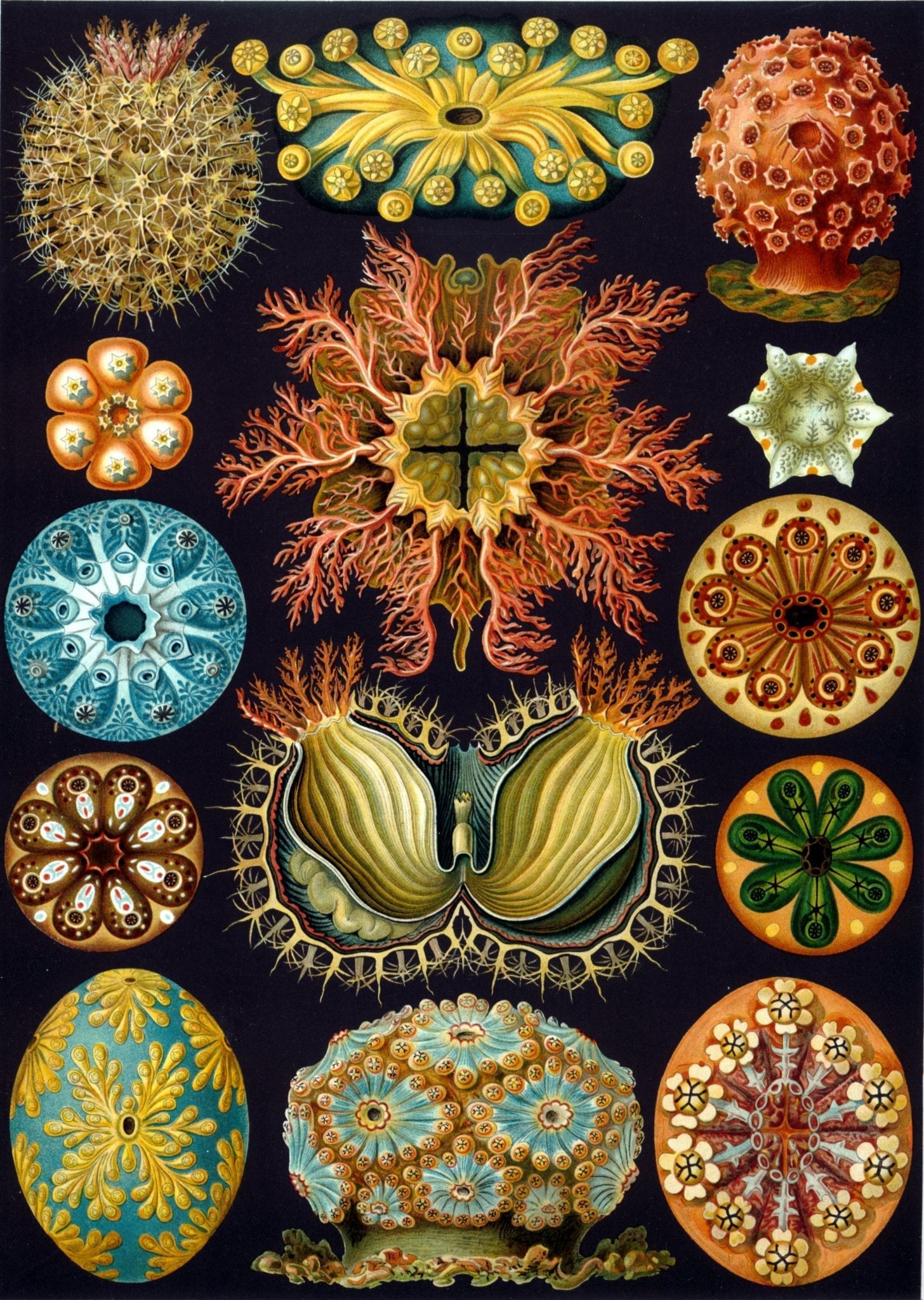 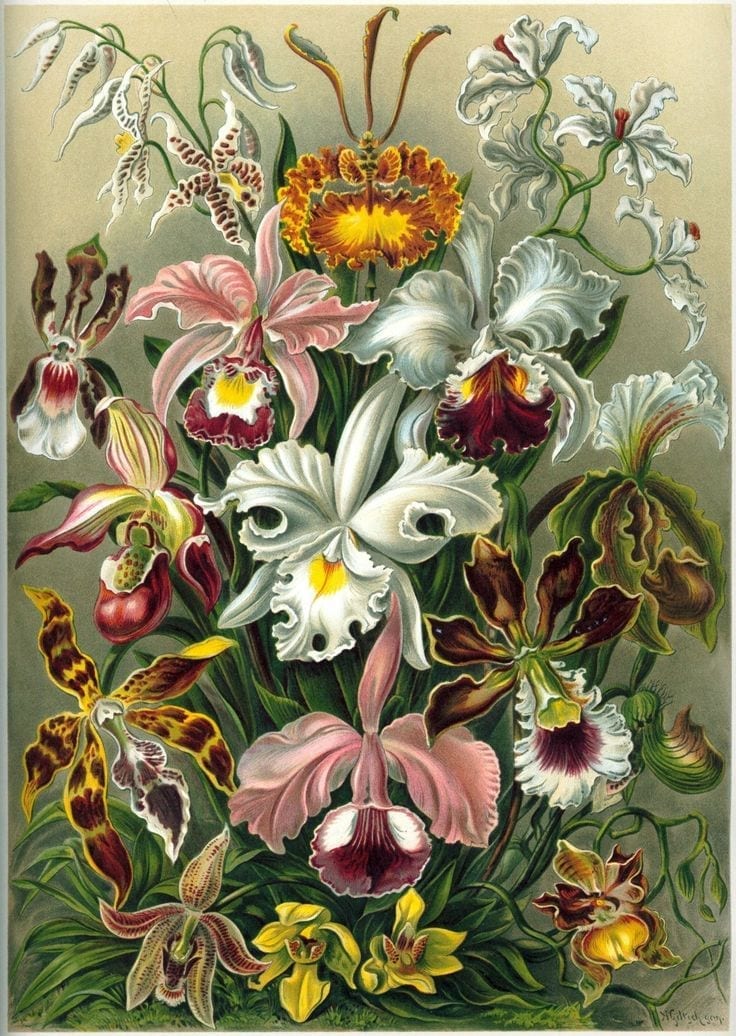 Unfortunately, he spent a lot of his life mired in controversy, criticized for racist supportive interpretations of Darwin’s work. One of his most well-known quotes was “politics is applied biology”. Some argue that Haeckel had a unique position in the rise of Nazi biology during the first part of the 20th century. 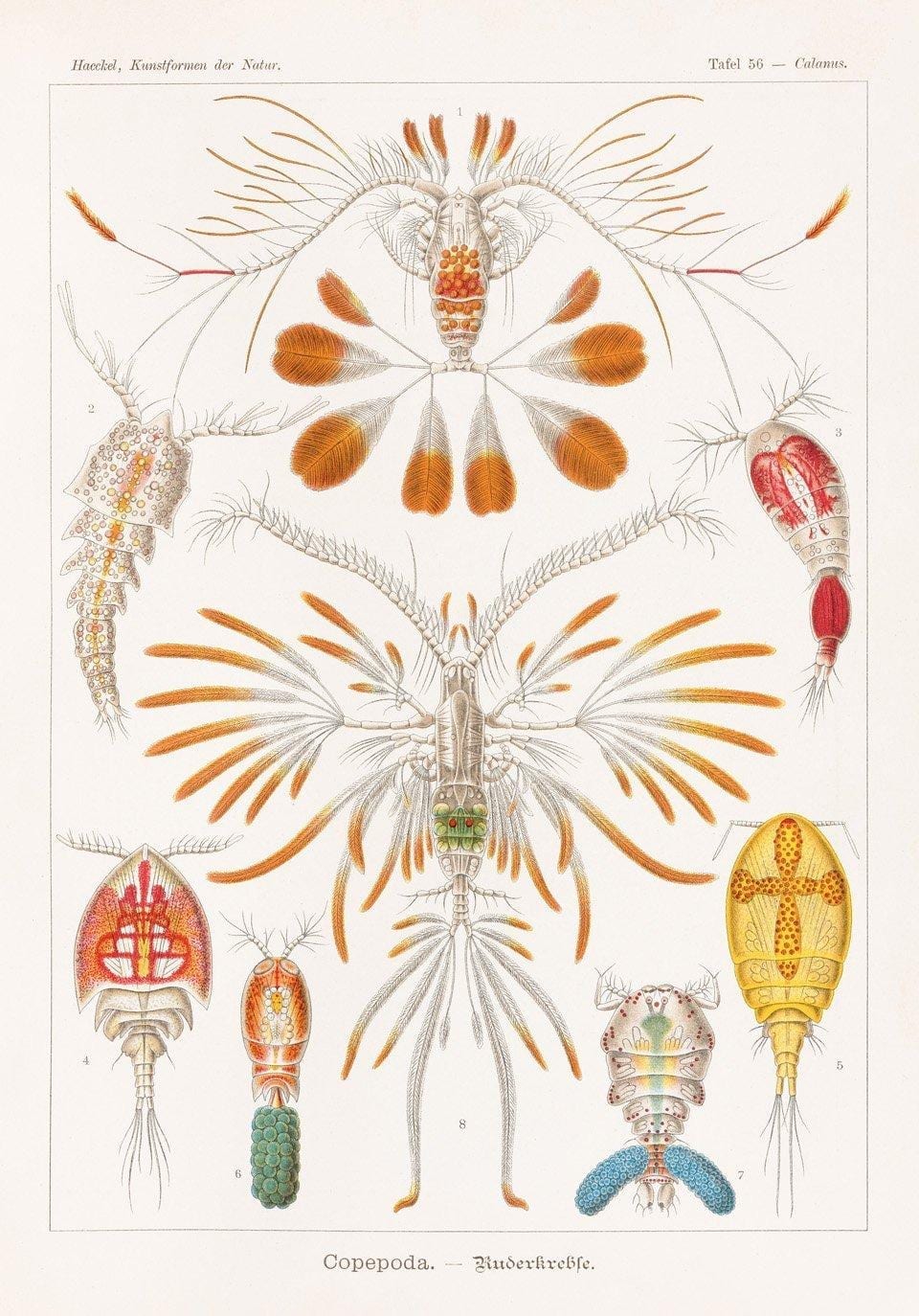 At the heart of Haeckel’s colossal legacy was the motivation not only to discover but also to explain. To do this, he created hundreds of detailed drawings, watercolours, and sketches of his findings which he published in successive volumes, including several marine organism collections and the majestic Kunstformen der Natur (Art Forms in Nature), which could serve as the cornerstone of Haeckel’s entire life project. 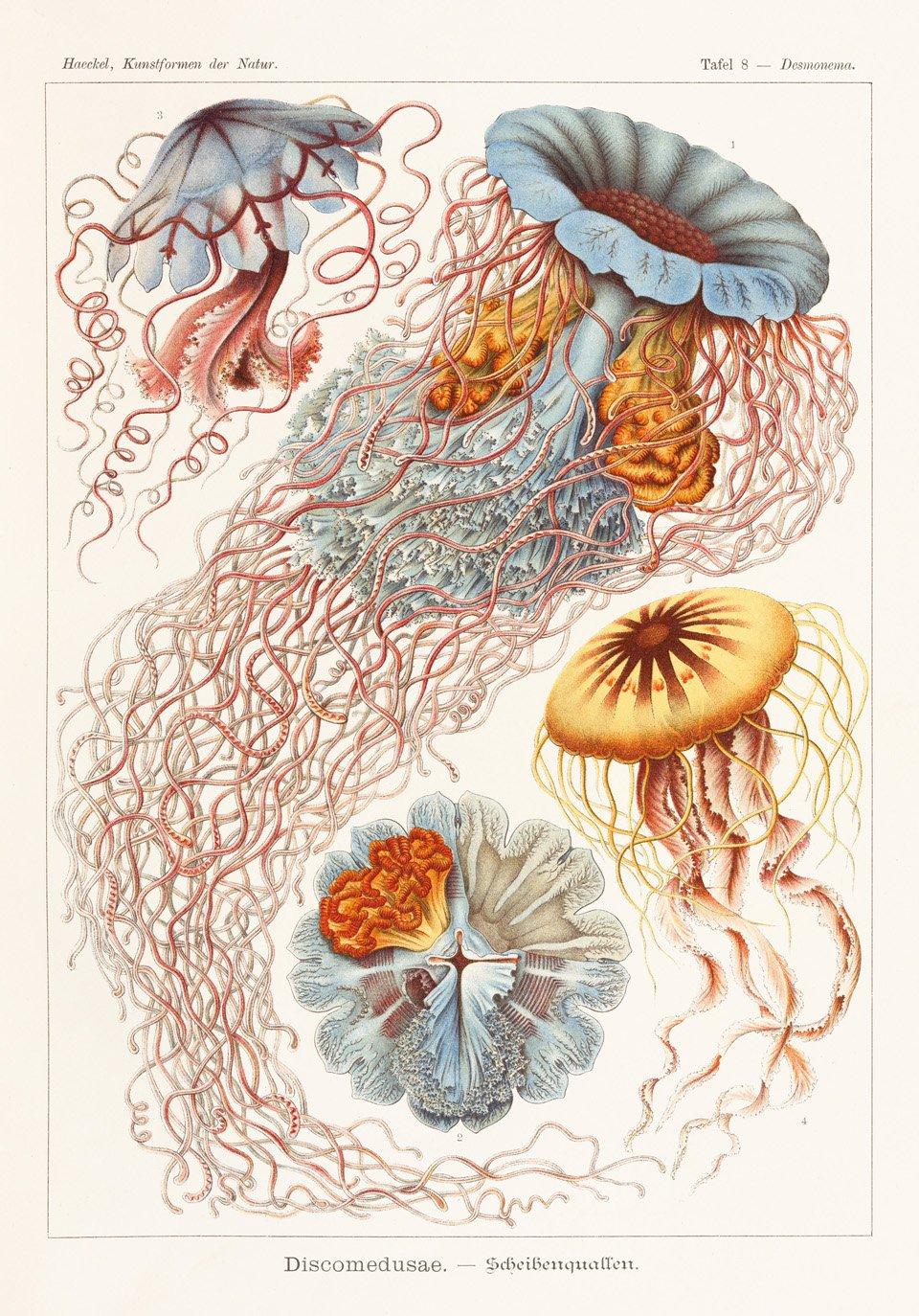 Like a meticulous visual encyclopedia of living things, Haeckel’s work was as remarkable for its graphic precision and meticulous shading as for its understanding of organic evolution. From bats to the box jellyfish, lizards to lichen, and spider legs to sea anemones, Haeckel emphasized the essential symmetries and order of nature and found biological beauty in even the most unlikely of creatures. 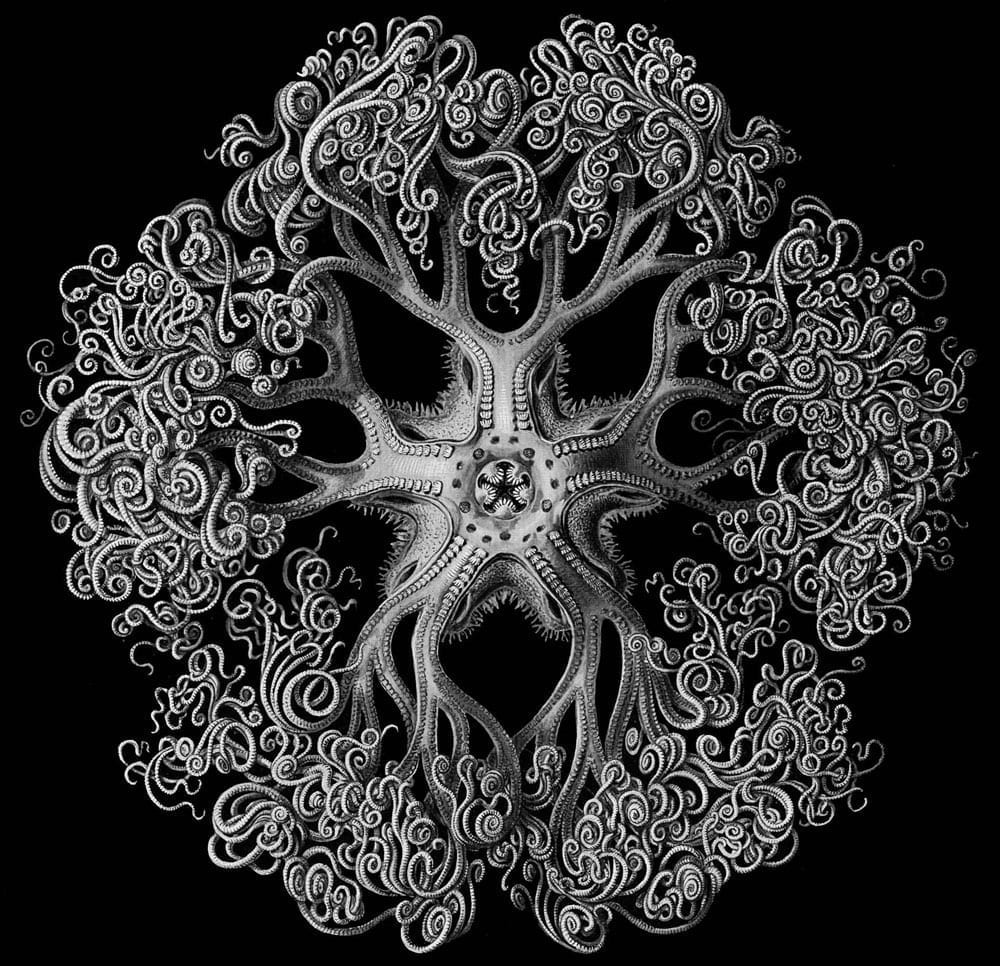 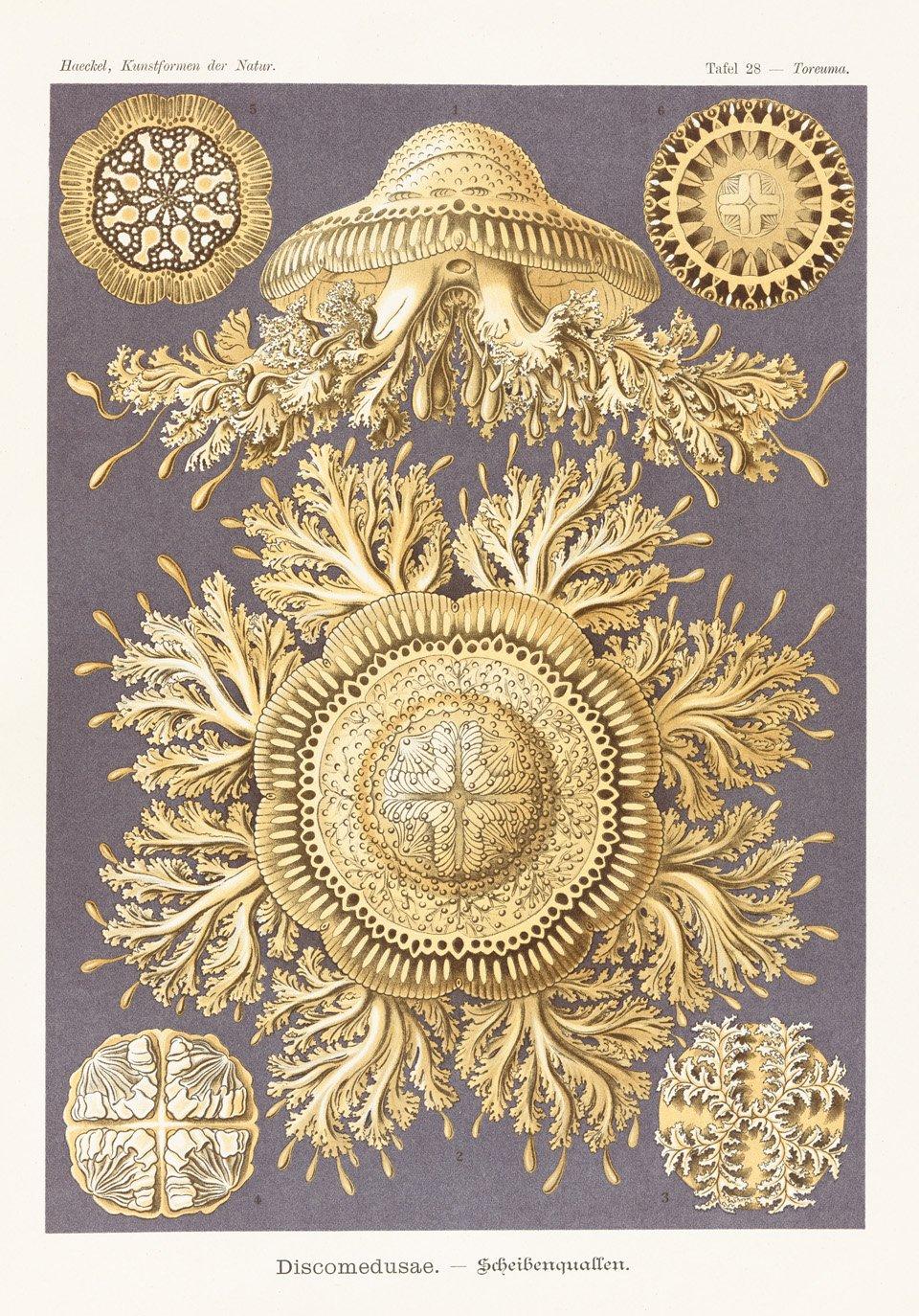 The book Art & Science contains 450 of his finest prints from several of his most important tomes, including Die Radiolarien, Monographie der Medusen, Die Kalkschwämme, and Kunstformen der Natur.