It’s one of the finest documentaries of 2018, The King, a unique biopic which explores the sinister underbelly of the American Dream told through the eyes of its most pivotal figure, the first superstar of pop culture, Elvis.
The film presents us with the tragedy of exploitation and show us how an enigmatic icon is seduced by the whims of capitalism.

It’s made by Eugene Jarecki, a well-known documentarian behind such reknowned films as Reagan and Why We Fight. He manages to deliver this highly thought-provoking analysis of America told through the eyes of a forlorn pop culture figure while delivering a dire warning to the rest of the world: Learn from our mistakes, if you don’t you’ll end up in the situation we’re in now.

How did you come to such a unique idea?

For me Elvis Presley has always been there in my life, he’s inextricable from any image one has of the American dream. He’s really a country boy who comes out of nowhere and rises to an unimagined height.  Americans see Elvis Presley as the image of their best ambitions and hopes, but of course, there’s more to the tale. He’s a white guy, and that’s an American dream available to white people and white men especially and from just the first glance you get a full sense of what he means and the fact that he represents the best and worst of the American story. The winners and the losers, the pros and cons.

So the idea of Elvis as a figure speaks volumes to contemporary American life. I suppose that was the core epiphany behind the film, that he was an allegory and once you have that in mind everything in our journey was remarkably expressive of that.

“The Seminole American Indian group bought the failed Trump Taj Mahal Hotel in Atlantic City.
On his ashes, they built the new Hard Rock and decided to make Elvis’s Rolls Royce the centrepiece of that facility.”

In the film you drive Presley’s Rolls-Royce across the US which seems appropriate given the allegorical structure of the film, it is about travelling through not only the past and the present but the future as well.

Well, I hoped that it would function in that way where the car would feel like a space and time vehicle and it did that in ways that were far beyond anything we could imagine or predicted.

And that was a very beautiful thing to happen as an artist where the film became much more than the sum of its parts. But you know there was a film we were making before the car came into our lives, we were making a film about this allegoric link between Elvis and America before we learnt that his car was coming up for auction, his 1963 Rolls Royce.

My first thought was we should film that auction, to see how a piece of memorabilia from this famous man sells today and how it continues to grip the public imagination, that speaks volumes all by itself.
We hadn’t imagined yet that the film might buy the car. And the way that happened was we went to the financiers of the film and said this would be entirely another movie if the film could buy this car take it on the road and then sell it again. And they stepped up to do that because they thought it would get a bigger splash.

And so all of a sudden the capacity to be seen as a vehicle to do all the things that one might have wanted to do came to life. I just wanted to visit America in Elvis’s shadow. Now I could visit America in his car and not just any car but a Rolls Royce that has tremendously complex associations with the American story. 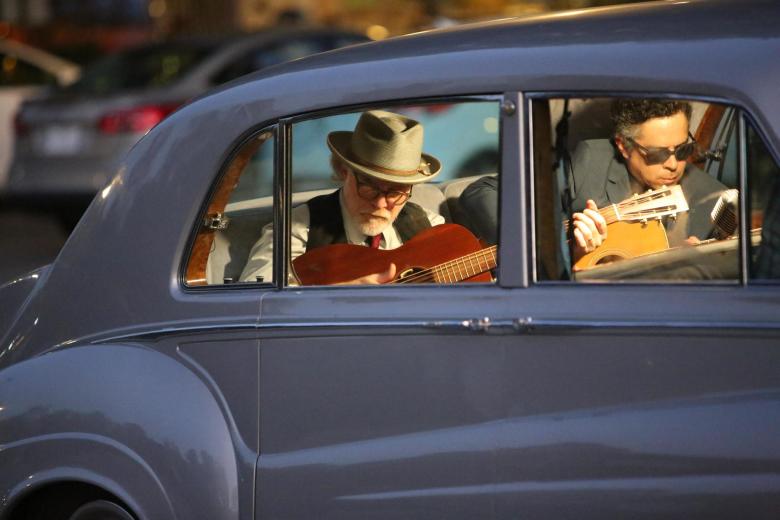 So are you saying that you didn’t pay for it that you convinced Sotheby’s to use it as a promo tool?

The financiers and distributors put up the money to buy the car provided that we sell the car at the end of the auction which we did. And we sold it in a very poetic way; this is a gift that keeps on giving, the story won’t stop.

And what was that?

We sold the car to the Seminole Nation American Indian group of the state of Florida who had bought the failed Trump Taj Mahal Hotel and Casino in Atlantic City. They built on his ashes the new Hard Rock, and they decided to make Elvis’s Rolls Royce the centrepiece of that facility.

So this is an incredible twist, considering the car symbolises all that is wrong with modern capitalism and its destructive impact on democracy. That car will now live out its days to the resounding tune of slot machines robbing the American people. 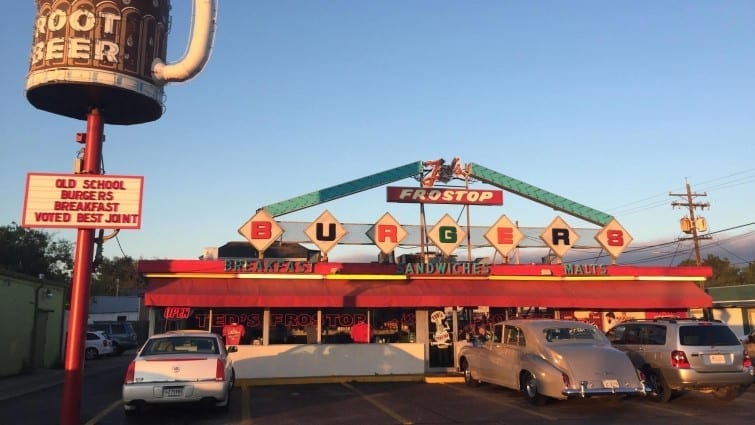 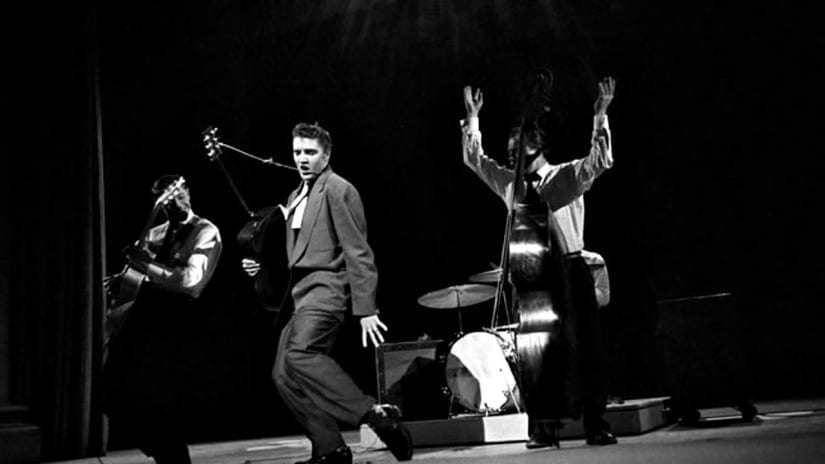 Elvis started out as an earnest struggling musician, but then he got exploited by this very system that you go on to critique. He was a significant figure to choose as an analogy of capitalism but weren’t you on a superficial level just incredibly impressed by how famous he was, how he was devoured by the public?

And it overtook him, but you know what? What would any of us do in that situation? That situation with that level of seduction placed in front off us, it was unprecedented. It’s totally fine to have a critical look at him and say you know he lived to excess but none of us in our lives make the choices that we should with the information we have.
We all know that Facebook is toxic to our lives, we all know that the cars we drive are toxic and will affect our children’s lives. And yet we don’t want to try change. We’ve got to look back and think of Elvis with all that pressure in a different way.

I think it’s much more helpful to take the road less travelled and see this is how we’re all seduced.  This is how we all go down the slippery slope toward lives where we sleepwalk into an uncertain future and we make decisions which the better angels of our nature would not have allowed us to make. Elvis is a cautionary tale to tell America and ourselves.

There are so many countries in the world that are taking their cue from the way life has unfolded for America. America is a case study in the destruction of democracy by capitalism and Elvis is an image of utter destruction of humanity by capitalism. We should have learned from Elvis’s example. The headlong outward pursuit of money at all cost is destructive and it won’t work.

“America is heartbreaking to those of us who drank the cool aid.”

I think my favourite scene in the film was when you got into a car with the mechanic and you exchanged a couple of lines where he said, “Do you even know what your film is about?”  It felt like a very existential moment for you.

Yes. And he’s been a force in my life. I actually know him quite well and so he is someone who speaks to me in a pretty paternal way.

So when I reached out to him for guidance, I was already hyper-concerned about the state of the American dream especially when an unapologetic misogynistic, abusive, predatory capitalist comes to power.

To be truthful the forces that the movie is about were there before this current president came to power and they will be there after he’s gone and they are the reason he’s there.

If you make a republic subordinate or if you make a democracy subordinate to the prerogatives of capitalism do not be surprised when you have billionaires in the major offices.

Don’t be surprised when the wishes of the ruling class guide the society whether it’s for the wishes of the people,  by the people and for the people.  I spoke at a public TV conference recently and I said if it weren’t for public television in America. Almost everywhere else you turn is an entity in one way or another created or controlled by a billionaire.

So that friend of mine who is a mentor who not only knows more about cars than I do but about life and I asked him for help, it’s crazy because he was just as confused as I was. America is heartbreaking to those of us who drank the cool aid. 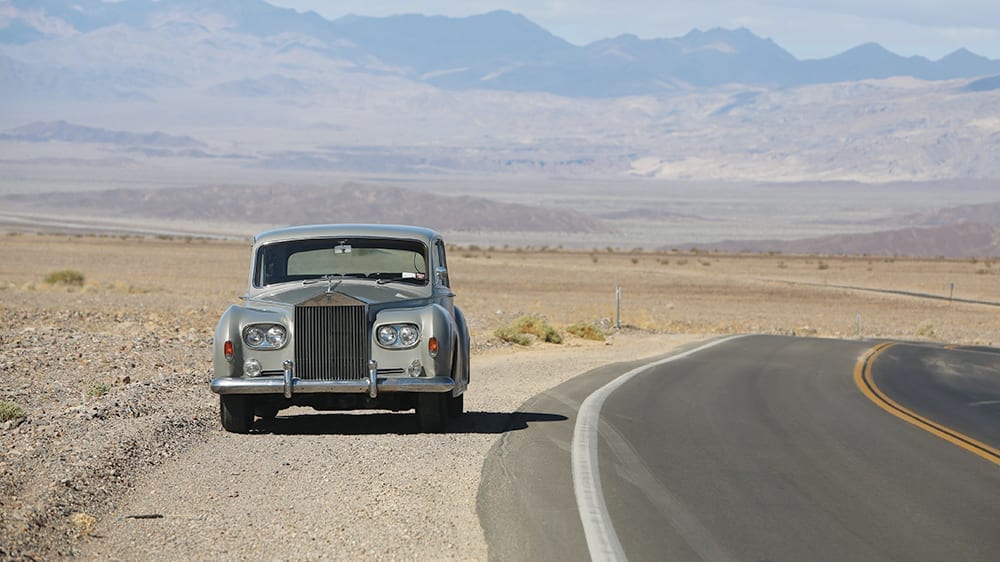 So it’s very obvious you’re unhappy with the current state that America finds itself in, and you made that very clear in the film as well. But I want to know what do you think Elvis would have thought of this movie?

I think he would have thought the movie is very powerful. I know people who knew him very intimately, and I think their perspective on him is that this was a profoundly humanist person who loved the country, genuinely loved the beauty of the American working people and ideas that someone like him could have a chance to achieve what he achieved.  I don’t think he was a racist. I don’t think he was a hurtful person in one fibre of his being.

I think he was ultimately a seduced person who lost his bearings both to care for himself and to care for all those other things that he genuinely had feelings for.  So the real Elvis, it depends on what day you got him, and it depends on whether he was distracted by those seductions or not.

I think he would have understood that this is a love letter to the country. But it’s tough love; it’s the kind of love that you get from somebody like my friend in the car that day. I would hope that Elvis would see the film the same way as that thoughtful person who has spoken to me. I just had the benefit of time to look back and give it 20/20 hindsight or what we call Monday morning quarterbacking.

The King is out now through Dogwoof Distribution