Whatever your opinion of this unhinged year, it’s restorative to hear economist Paul Krugman offer us hope for 2021. A distinguished pundit, and Nobel Laureate, his NY Times op-ed’s are viewed by millions across the globe.

He spent most of Trump’s four years in office using his widely visible writings as Molotov cocktails, lobbing them directly at the President-elect but also aimed directly at the hypocritical and damaging economic policies that the conservatives upheld. This also forms the central thesis behind his latest book, Arguing With Zombies.

With COVID-19 having ravaged the U.S. economy,  and almost 11 million people now out of work, Krugman reminds us that in 2021, ‘the GDP will recover but that the people won’t.’  So, how do we remedy the situation?

Perhaps, now that the highly erratic Donald. J. Trump is out of office and a vaccine is now being injected into the economy there is light at the end of the tunnel.  It’s not that easy.
We sat down with Krugman as part of the CogX Spotlight series to discuss why effective legislation might be the only way out of this mess, why U.S. democracy narrowly missed a grenade and why he thinks Biden might become a lame-duck president.

How, in your own words, would you describe what we’ve witnessed over 2020?

It’s been a nightmarish year obviously. And normally in the course of events, if you’re a college professor and a journalist, events, even if they’re terrible, it all seems like it doesn’t have personal consequences. But this has affected everybody. The pandemic has been utterly frightening. All of us know people who got very sick. And then, of course, this tumultuous political year which ended up with, at least for the moment U.S. democracy has survived, but it was not at all an easy situation. So I’d be perfectly happy never to have another year like this again, thank you.

Would you say that U.S. democracy survived this stress test?

Well, we passed, but it was close, and given our system, it really would have taken only a small shift, and we would have failed. You would think that with a seven million vote margin that, well clearly the public voted for democracy, but given our electoral system that was barely enough to take the electoral college. It was a complicated election, and you probably don’t want to get into it, but the fact is it was not an as decisive rejection of Trumpism as we would have liked. It was a rejection, and we’re not going to turn into hungry in the next four years. That’s basically what we got out of this election, but it was scary, and this is not over. The struggle to hang onto our legacy here is by no means decisively won. It’s Gettysburg. It was a reprieve, but it’s not the end of the story. 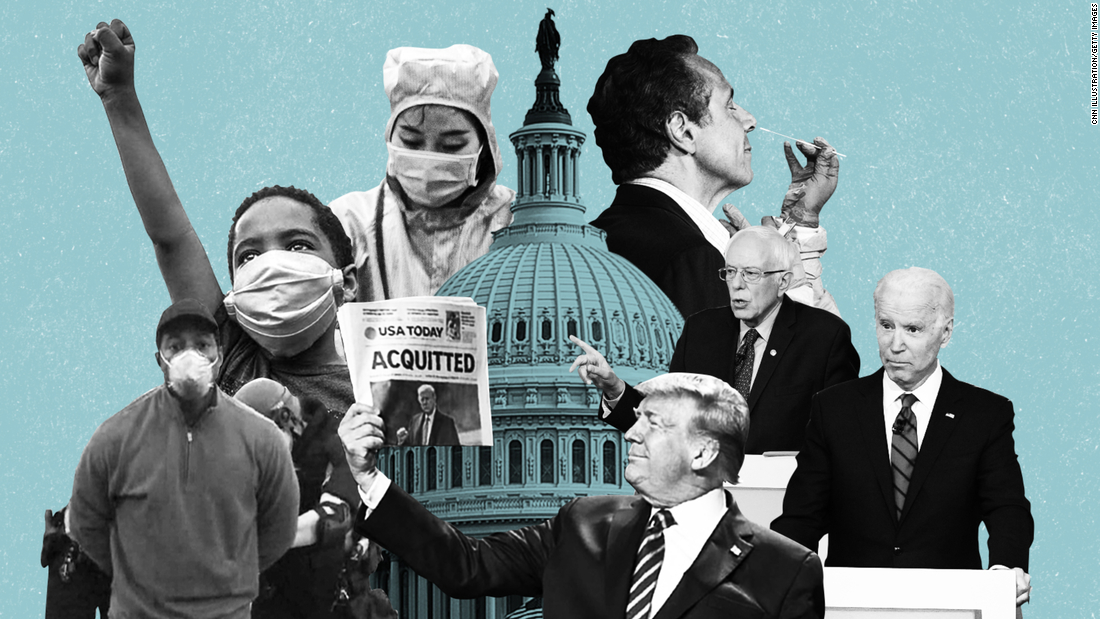 “I’d be perfectly happy never to have another year like this again, thank you.” – Paul Krugman on 2020

The title of your latest book is Arguing with Zombies. I can’t think of a more appropriate term to describe the moment we’re in. People online find it impossible to offer any type of olive branch. Additionally, there is gridlock in the congress; the Republicans are impossible to deal with, would you say it is literally arguing with zombies?

Well, when I wrote the book, I didn’t think we’d actually be living through a zombie apocalypse. No, the zombies in the book are mostly zombie ideas, Ideas that should be dead, like that tax cuts are miraculous and pay for themselves. Not so much people. There are new zombies now. The belief that the zombie Hugo Chavez somehow rigged the election is apparently going to be a requirement of the new republican party. But mostly I write about economic ideas that are known to be wrong but refuse to die.

A lot of people Paul, as a Nobel laureate, obviously look to you for guidance on the economy. I know we live in such unpredictable times. But in 2021, where do you think the markers lie for the economy?

I mean the next few months are going to be miserable. We don’t have a vaccine; we’re not providing enough support for people who are unable to work, for businesses that are unable to do their business. But I’m actually quite optimistic about the second half of the year. I think a lot of people who are expecting this to go on, with a depressed economy for a long time, they are fighting the last war. They think as if it will be a replay of what happened after the 2008 financial crisis, and it’s not, it’s a very different crisis.

Well, what happened in 2008 was the entire private sector became overextended. There was too much household debt. We were dependent on a housing bubble that was not sustainable, so when that all reached its limit, it took years to dig ourselves out of the hole into which we put ourselves. This time is nothing like that. This time the economy was doing ok and was suddenly hit by this headwind of the virus. And there’s every reason to believe that once the virus has been subdued then business as usual resumes. And maybe even a bit beyond because we’ve had huge private savings over this period.

People who couldn’t go to restaurants, who couldn’t travel, did not, for the most part, spend the money on other stuff. They mostly spent less. Ten per cent of the population is destitute and completely wiped out, but the rest are sitting on pent up savings. So I actually think we might be talking ‘Morning in America’ by late this coming year.

Some forecasters say lower socio-economic classes in the United States don’t have those savings that you talk about, that don’t have that disposable income. How does Biden win them over and get them back into the economy?

Well, that’s the problem. My forecast, given where we are now, is that the GDP will recover but that the people won’t. Basically, we’re living in a situation where there will be job growth, but a lot of people will have suffered terribly. The GDP numbers will look good, but there will still be a lot of suffering.

It’s a deeply unfair situation. That’s not hard to fix, but it’s not something you can fix without legislation. And still, the election isn’t over; we have runoffs in Georgia to determine who controls the senate. But if Democrats do not control the Senate, I have every reason to believe, given what we’ve seen in the past, that Biden will be stonewalled. So there is this problem. He’ll be president of the United States and the most powerful man on earth, but unable to do the most basic things for a large swathe of American citizens. 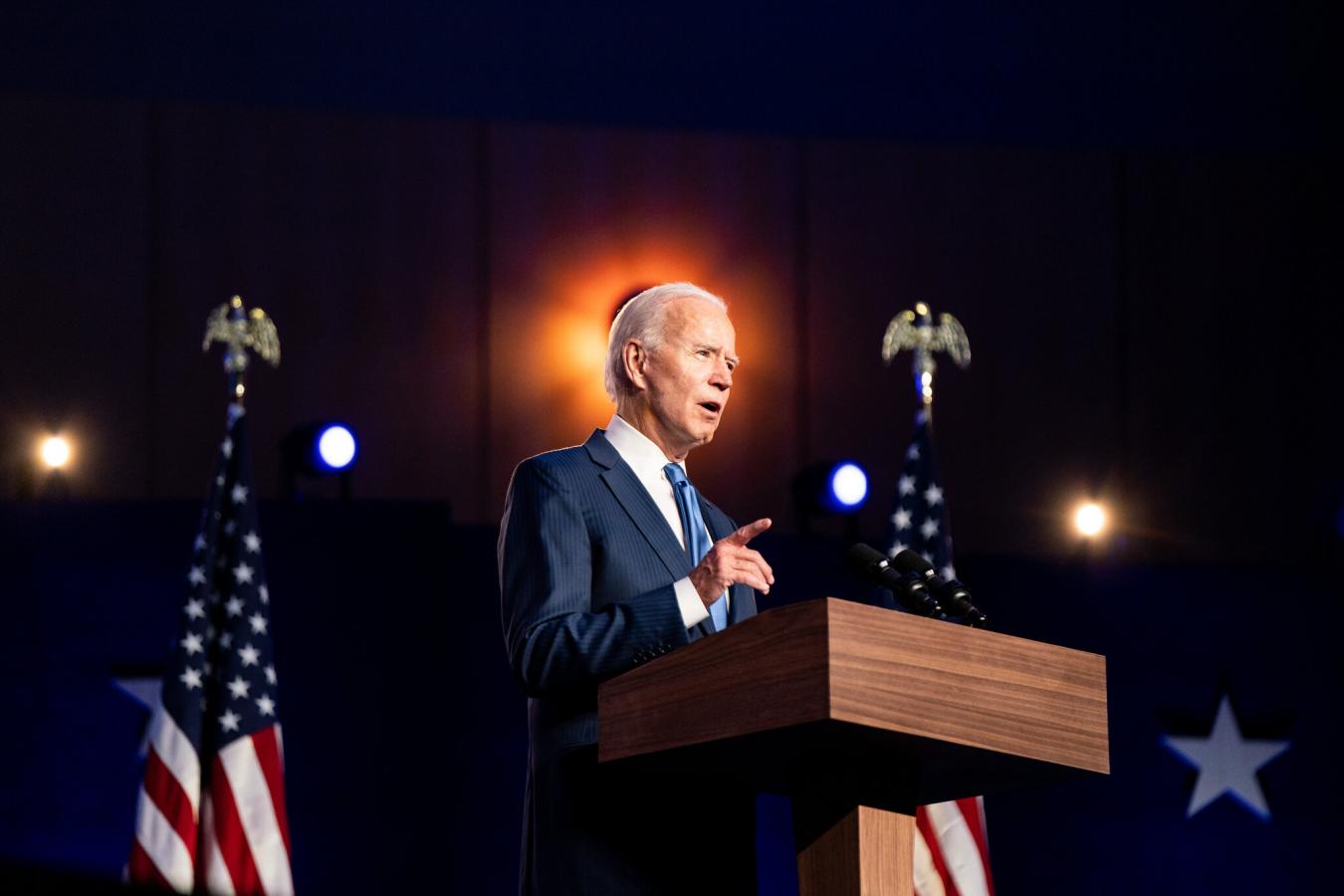 “He’ll be president of the United States and the most powerful man on earth, but unable to do the most basic things for a large swathe of American citizens.” – Krugman on Biden’s powers.

Let’s turn to some pivotal areas on the global scene, which is trade and China. How do you think Biden is going to deal with an empowered China and this trade war that Trump built his legacy so heavily on. How will Biden take care of that?

I think what will happen is that we’ll get a much more sophisticated and less belligerent crew on trade policy. But that doesn’t mean we’re going to go back to a happy trade relationship. There are real issues involved in China. China is bad on respecting intellectual property, it has an industrial policy that violates international rules, and so it was entirely reasonable to put pressure on China. Just not this crude unilateral pressure that Trump did.

So I would imagine that Biden will try to build a coalition of countries to approach China and say, look, you’re a big boy now, you need to help sustain this system. You’re not an up and coming scrappy power anymore. Also, there’s domestic politics, if Biden were to undo those Trump tariffs without getting something concrete in return, then that would be a political liability at home. So I think people who are expecting a rollback of everything Trump did, that’s unrealistic. I think Biden is probably going to move very cautiously to undo the trade war.

Well, it’s a funny thing. On trade, which was originally my home field, we’ve actually lived for quite a while now in what was a bipolar world. The two giant powers on trade were the U.S. and the EU, and we got along fine. There were disputes, but we essentially had a co-management of the global trading system by Europe and the United States, which worked ok. Now China could play a similar role.
We could have a triarchy of giant trade powers. The question is whether China is mature enough if you like. China is in the position of being an economic superpower which is not yet a wealthy nation. It’s not a developing nation anymore, but it’s not in the same position as the U.S. and Europe.

Instead of saying China is the enemy, we need to punish them; we should have been saying, ok, China needs to play by the rules and help make the rules. How do we bring China into this system? It will be very hard, and no one knows for sure. There are a lot of parallels in history that doesn’t make you comfortable, but that’s the goal. The goal is not to smash China but to bring China in as part of the system.

I’m not going to ask you to wave your magic wand, there are too many things to fix, but if you had one or two predictions to make for 2021, economically based, politically based, or culturally based, what would they be?

Oh culturally, god knows. But the economy, I think we’re going to have a much better summer ’21 to summer ’22 than people expect. I think people will be shocked at how well things come back. And also the sense of relief we’re going to feel, as the economy is coming back and the pandemic subsides. I believe we are actually headed for an era of, hey, we’re ok, things are back, I can go to the restaurant again. Optimism is not my normal state of mind, but for the moment I am actually weirdly optimistic about the fairly near term.

This interview was recorded for the CogX Spotlight series.

Paul Krugman’s Arguing With Zombies will be out on paperback in February next year.