If there were one word to describe Jacob Banks it would be baffling. A 27-year-old Nigerian British artist who sings like Howlin’ Wolf whose songs conjure up references to Marvin Gaye and B.B. King. Yet at his live shows, he can be seen covering Coldplay and describes his formative influences as anything Disney and the pop guitarist icon John Mayer. There is clearly something deeper going on here. Jacob Banks started making music at 21 training to be a civil engineer and dreaming of playing basketball one day professionally.

But it was when he heard John Mayer’s Continuum that everything changed for him. Fast Forward six years, at 27 he’s now touring the world and built himself an adoring legion of diehard fans based around his weighty, cinematic almost religious tunes.
Yet, it’s the world of images that truly inspires Jacob, having just finished the soundtrack to Creed II and contributed to Denzel Washinton’s Equalizer 2, there is no stopping this young man who calls three different parts of the world his home. We sat down to find out more about this confounding artist. 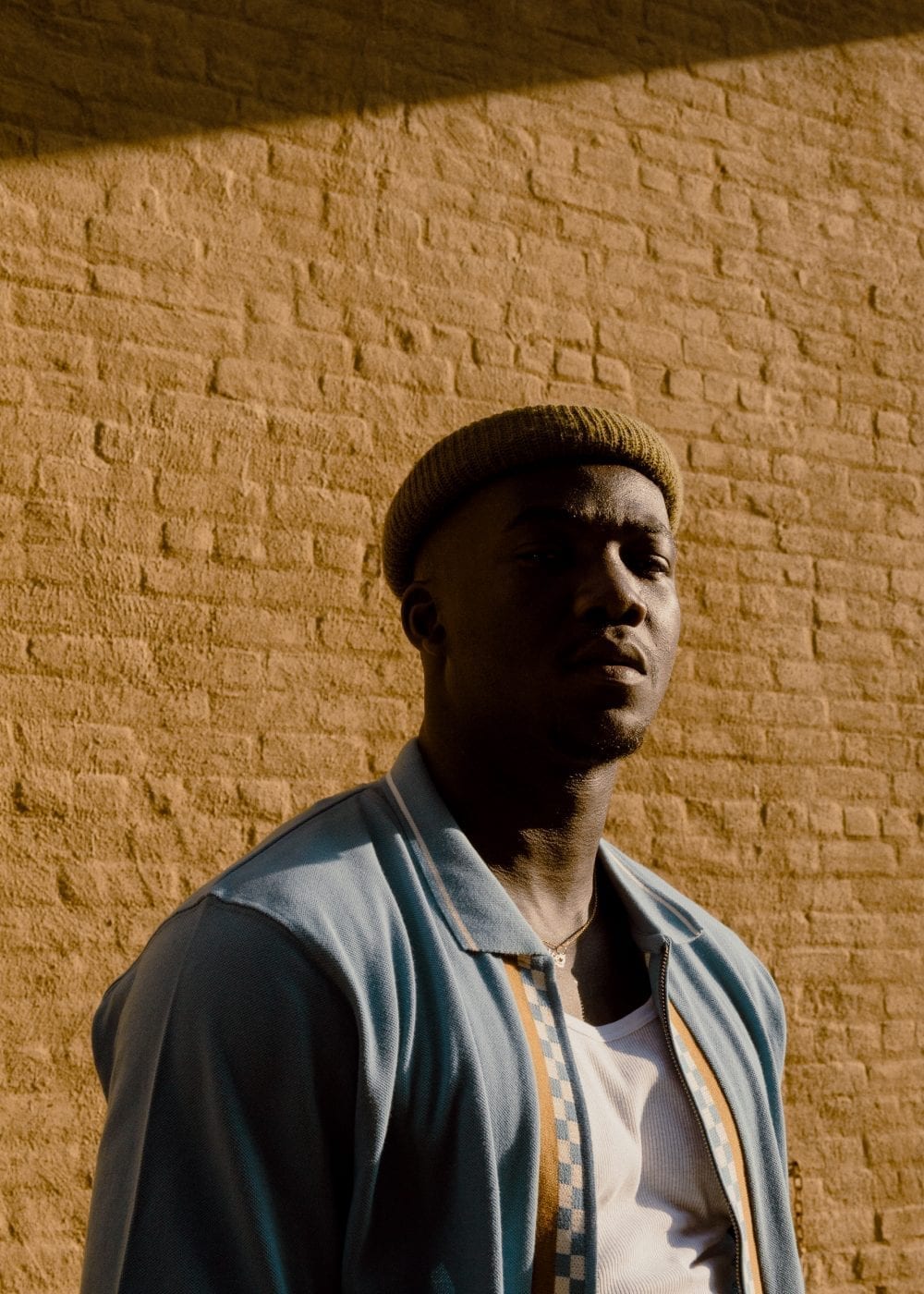 When you say you have three homes, London being one, Birmingham, the other and Nigeria being the other. Do you mean you have cultural ties to them or do you live in these three cities?

Yes, I have cultural ties. I live in London, I lived in Birmingham and had lived in Nigeria.

Do you think the Nigerian English experience is prevalent artistically or culturally in the UK because there’s a lot of Nigerians based in the UK?

There is. I think we are everywhere. You can’t get away from us; we’re very loud. We take up a lot of space.

Are you singing to them specifically?

Oh yes, very much so, I mean I have two songs on my album where I make a nod towards my culture. I can’t not be Nigerian; it’s not something I can avoid.  It’s just so apparent in the way I carry myself.
African culture, in general, has become a massive part of UK culture, it used to be all about Caribbean culture, but I think African culture plays a role in that as well. If you listen to UK radio these days everything has an Afroswing to it. I think we make enough noise to be heard.

What were you listening to growing up?

Honestly, I grew up loving soundtracks; I loved everything Disney ever did, any Pixar soundtracks, I liked things matched to films. Seeing music as opposed to hearing it. Music should be seen not heard.

So your music is quite cinematic or dramatic. I feel it’s like almost a hybrid of gospel, blues and pop. Is that an appropriate description?

“Single-handedly I would not have made this album had it not been for him [John Mayer].”

What’s your favourite Disney soundtrack then?

My favourite has to be Anastasia because it was my earliest memory, it was the one that turned me on to the colours of music.

You see colours while you listen to music?

I wouldn’t say I see colours, but I use it to describe certain genres. Pop music has a particular colour, blues music has a certain colour, when I was growing up, and I heard Anastasia it was the first time I had ever heard anything like that. African music is not emotive its more about the vibe, and that soundtrack was engineered to make you feel something, and it resonated with me.

So you were 21 when you got started, how did it happen for you?

I was a college at the time, and I bought a guitar, which is when I heard John Mayer’s Continuum. He’s a great guitarist, and I’m a terrible guitarist, but he was the reason I picked it up. For me, I’ve always found I resonate so much with a passion. When I hear someone, and I feel like I believe what they say, that’s what gets me. It doesn’t matter what’s being said, it just matters if there’s a sense of conviction.

Soundtracks seem to be the thread here. I first heard you when watching the film Equalizer 2. In The Name of Love is a captivating tune. Now you have just completed the score to Creed II, how does that feel?

It never really settles in because I’ve been working on this film for the best part of the last six months simultaneously with my album Village, going back and forth, and that soundtrack was difficult, no one could articulate what they wanted, they would say to me, “be more contemporary” and I just don’t know what that means.  But I love using that side of my brain. I am being paid to execute someone else’s vision. It didn’t settle in until I was driving past a bus stop and I saw a poster for Creed II, and I thought I helped bring that to life. I still haven’t seen the film because I’ve been touring. But its humbling. My goal as a musician is to end up scoring films, that’s something I want to do until I die.

Who is your favourite soundtrack composer?

A producer called Ludwig; he did Black Panther. He also did the score to Creed II in which he asked me to be a part of that. We’ve been trying to work together ever since Black Panther. Ludwig is an incredible producer, one thing I love about him is that he also doubles as an actual music producer, he produced Red Bone and all the Childish Gambino stuff. It’s not just scoring he loves, he loves music and lends himself to be where he needs to be.

“I don’t ask for words of advice. Honestly, it’s pretty much just me and my cat.”

Have you met interesting musicians or artists along the way that have given you advice?

I don’t ask for words of advice. Honestly its pretty much just me and my cat. But I have met John Mayer; he played a small gig at the Hotel Cafe in London. There was like 200 people, and we watched him play for an hour on acoustic guitar,  we got to speak after. For me when I meet someone I admire, I think so little about myself, I just go up to them and say thanks, especially him, single-handedly I would not have made this album had it not been for him.

You have such a soulful voice, when was the first time you grunted? That’s almost your signature, to be honest. You do that soulful grunt is in nearly every song.

Well, you just find your voice. I think I spent a lot of time understanding my voice as a musical instrument and its limitations, especially where my voice excels. If you hear what I did on Creed, I will use my voice differently. My job is to tell a story, and I will use my voice whichever way it helps to say to it the best.

You do possess a certain confidence in the way you sing?

It wasn’t always like that. It was shit for a long time.

So one day someone sprinkled fairy dust on you, and you were just like hand me the microphone.

I think it’s repetition since 21 I have been working on it constantly. There was never a moment of this is right or wrong. I think that’s the blessing and a curse from being a musician in the UK, as none of this was meant to happen. I was never supposed to play the Roundhouse. It’s funny. There is a 300 capacity venue in London called the Jazz café, and that was the dream for me. You’re not fed the American dream here. If anything, it is is the feeling, you can’t do shit.

But you will go where the music goes right? In fact, your music feels very American to me?

America is unfortuantely how we define world music when we say anything is American, it usually means it can work anywhere else. In the music industry, if your song works in America, it means it can work everywhere else. But for example, if it works in France, they would never try to work you in America. But if it works in America, then it is like we all must fuck with it. For me, I don’t really care. Be it America, be it Japan, I’ll go wherever the love is,  I’m here to keep people company. I don’t think that’s limited to one country or one state or one city. 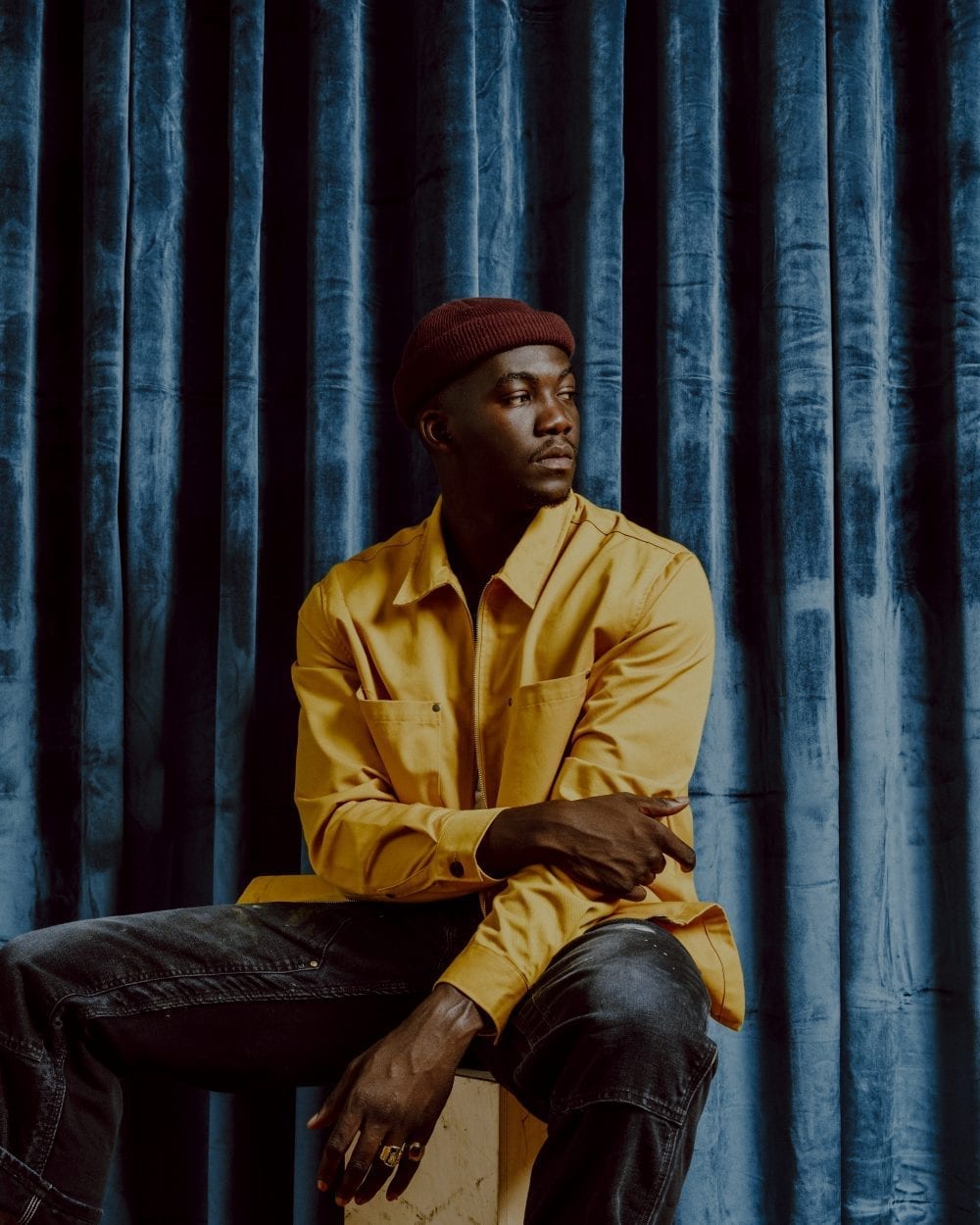 Finally,  you mentioned you have three homes, Birmingham, London and Nigeria tell me three go to places or things you have for each of them?

Well in Birmingham I always go to Star City, it is a massive arcade, it’s a great place where my friend and I go and trash talk each other to see who can win.

In London, I always go to Box Park, I grew up gigging my ass around there when I moved to London. There were a ton of open mics around that area, and I would go and play every single one. All that gigging, it helped me realise who I am.

In Nigeria it’s wherever they sell Suya, it is a Nigerian delicacy, it’s spicy like skewered meat, but it’s really good.

Jacob Banks’ debut album Village is out now on Polydor