Ever since James Watson and Francis Crick unmasked the code of our DNA, the relationship with our own health has become more intertwined. DNA was once a dormant library of information just waiting to be tapped into now your DNA has become a way to investigate who you are down to your base genetic code. One company you can thank for helping raise the visibility of the term DNA test is the ancestry testing company 23 and Me who you might know as the company able to give you a precise breakdown of your ethnicity. Even though as of late they have received plenty of backlash on their methods.

Now it’s not just your ancestry you can test for, it is all manners of your DNA, from a preference to certain kinds of wine to analyzing 10 kinds of cancer, heart conditions and several other ailments like Alzheimer’s you are at risk for. What has made DNA testing so popular is the affordability factor, where once your DNA could be tested it would have costed you in the thousands, now it’s just a spit and £100 that will get you a deep dive. 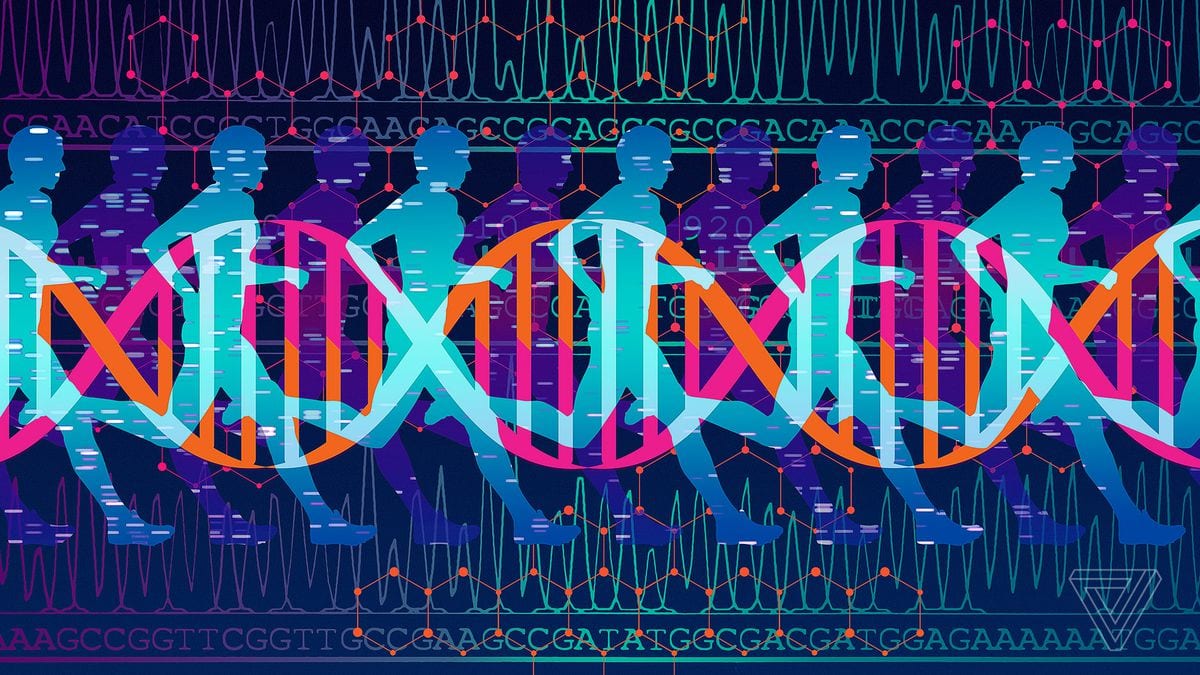 Newer DNA testing companies like DNAFit are spearheading a more earnest investigation of the self-based on improving nutrition and health for diet purposes. I decided to bite their bullet and have my own DNA tested for health purposes. I wanted to learn about not only my own risky predispositions but how my DNA could benefit my health in the long run. My results were a mixed bag, to be honest, and making heads or tails of it was going to be down to the help of a consultant.

The result, a walk through a simplified DNA map demonstrating my heritability to certain nutrition and fitness capabilities, such as caffeine absorption, lactose intolerance, carbohydrate sensitivity, detoxification abilities, even the diet that would suit me best (spoiler alert Mediterranean-style diet is best for me, I bet for most as well).  I for one have no way of knowing whether the science was foolproof, this relationship was more based on trust.

“I am a slow metabolizer of caffeine if more than two cups are consumed that puts me at a high risk of stomach and anxiety issues.”

Here’s what I learnt: That I am a slow metabolizer of caffeine, if more than two cups are consumed that puts me at a high-risk of stomach and anxiety issues. That I am lactose intolerant, however, one should know that for any lactose intolerant person having up to 12mg of lactose a day is generally ok. I also learnt that I have a high VO2 max response meaning my oxygen absorption rate for endurance led exercise is great and that I have a very low sensitivity to carbohydrates. Damn good news if you ask me.

Does all this added information weigh heavy on me? Meaning more responsibility? Sure. But it’s up to you how you choose to interpret the results. Maybe there is a DNA test for neurosis.
It certainly hasn’t stopped people clamouring to learn more about themselves. The number of people who purchased DNA kits online doubled from 6 million to 12 million in 2017.

People taking more preventative measures towards their health are increasing, according to the 2016 Nielsen Global Health and Ingredient Sentiment Survey, 70 per cent of 30,000 respondents from across 63 countries said they actively make dietary choices to help prevent health conditions, such as obesity, diabetes and high cholesterol.
Major corporations have also taken note and are now investing billions of dollars into this new field called nutrigenomics hoping it will pay off, nutrigenomics studies the connection between one’s genetics and how their body responds to certain drinks, foods and supplements. Campbell Soup Company and Nestlé are the two biggest names to have taken a gamble on DNA-specific food.  In 2016, the former invested $32 million (£25 million) in Habit, the leading DNA-cum-nutrition testing service.

What the company said

DNAFit is a British company that was started by a South African entrepreneur Avi Lasarow and are one of the bigger companies out there in this area having tested north of a quarter million people. Its head of product Andrew Steele, was once a professional athlete who won a bronze medal in the 4x400m relay at the 2008 Beijing Olympics, here he described for us the contrast in the DNA testing environment,  “At the heavy end, there is the medical genetic testing you can do for example cancer risk bracket 1 and bracket 2 genes. Angelina Jolie made this test famous when she had that preventative mastectomy based on certain genetic results of her family history.
For us, there are millions of genetic variants we could, in theory, choose to look at. What we actually look at is about 50 or so of those in the health and nutrition area. We’re trying to find a consensus towards the activity of that gene based on having a role in the trait we reported. We wouldn’t report on a gene which isn’t changeable by a modifiable lifestyle environment.”

Basically, that means they only focus on activity health led genes that wouldn’t cause you anxiety, with some guidance they will also allow you to advance your health. Leaving out the bad stuff and focusing on what you can potentially change. In fact, even if they did find something dire they would never tell you, those particular results are omitted from their report. 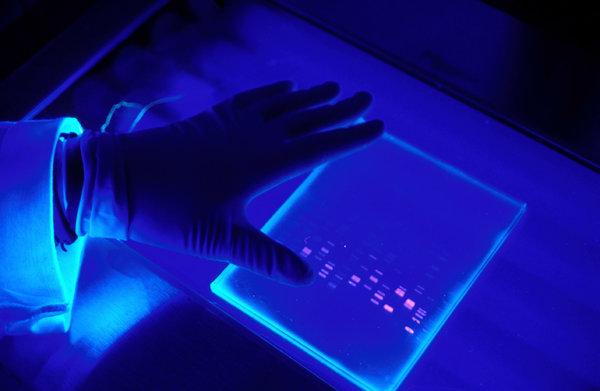 The science today is still emerging about whether DNA testing can be trusted. The better the science the better the interpretation and most would agree we are still at an infancy stage. A recent study, for example, showed how DNA health kits testing for protein and fat intake failed to show any real relevance at an individual level. A 2018 study published in JAMA also concluded that genes were unable to predict whether a low-fat or low-carb diet was better at helping participants lose weight.

The main problem laid out by the scientific community towards DNA testing as a whole is that there are currently no universal standards for accuracy and this means that right now DNA tests are pretty much operating in the wild west.

Where it is heading?

All of this personalised health is fascinating and has the consequences to effect enormous dietary and societal changes for each person, not to mention saving the government billions of dollars.
So the 64,000$ question is where will all of this DNA personalisation head from here? 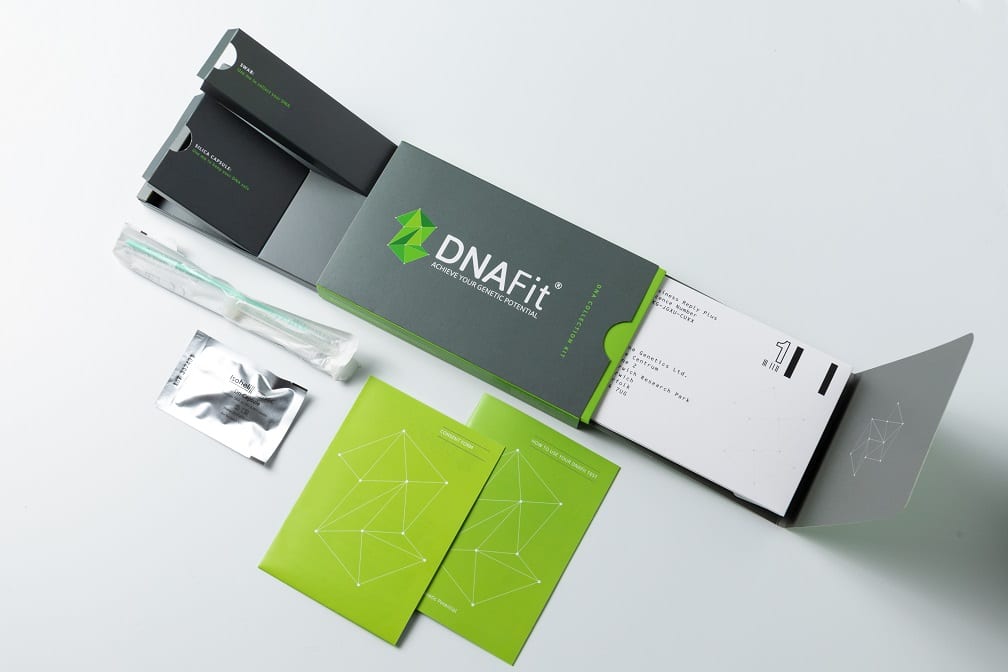 Andrew Steele tells me, “Estonia’s Genome Project is a good case in point, where they aim is to get every one of their three million citizens genes sequenced. I actually believe we will all at some point have our entire genome sequenced under our own ownership either on our phone or another device. Effectively set up like an app store type model where you could use bits of that data for different parts. There’s no point in someone having to do a number of different spit tests. We the people would hold that data, choose to release it or use that part for our own choice and the future.”

“The future is about finding the right environment to nurture your nature.”

Until that time I would recommend approaching these tests as light-hearted fun, perhaps even as a way to challenge some of your daily regimes, but overall I would be adding a little bit of salt to the process. For me, I personally feel what I have learnt will be part of a peter-out effect, once the shock and awe of realising what you’re made up of subsides I will slowly go back to my default with the added bonus of a tickling conscience.

It’s really up to you what you choose to do with the information, As Andrew tells me, “Pop culture tends to have made people think of DNA as destiny, that’s fundamentally wrong. The future is about finding the right environment to nurture your nature.”