Politics has been experiencing a real moment if you haven’t noticed. It’s the 21st century and yet it looks like the 1930s – old school politics wrapped up in the emperor’s new clothes. Macron, Trump, Merkel, Sanders, our ideologies have got in the way of doing what’s right for the people. Regardless of how left or right the individual standing on the podium is, it’s become so polarized, so black and white that it’s almost impossible to gain clarity, pass bills or gain consensus on anything. What comes next? It’s 2017 and we still lack the functioning emotional intelligence to create the right conditions for us to thrive.

However, there is good news. There is another type of intelligence out there that might be able to help, intelligence that runs on data rather than blustering ego or maniacal whims. Emerging artificial intelligence, data powered solutions and various technologies are all industries that have emerged in the last few decades, presenting real solutions for the real world problems that we face.
For centuries the human race has innovated and made use of new technologies to facilitate all aspects of life. In the 1930s it seemed ludicrous to handle our finances with a credit card, something that seemed so untraceable and uncertain, but this reliance on cashless technology has now become ubiquitous, transforming the way that societies across the world operate. In a similar vein, in 2017 many still see it as ludicrous to rely on sophisticated computing systems and algorithms to facilitate the governing of our societies, but why so?

Perhaps data can make decisions for us without the interference of ego that so often interferes in politics. The amount of energy it takes to form the trust, build a relationship and develop a manifesto in your community is so time-consuming. What about a platform that could utilize all the data and statistics that are available to logically organize and create solutions for the people in half the time, without all the fuss?

There are plenty of civil and moral concerns about why this shouldn’t happen; what happens when technology doesn’t have a face or body to ask a complex question or make morally qualified decisions?  Would it make our lives miserable? What happens to the coder with prejudice or bias behind the screen? Cathy O’Neil, the author of Weapons of Math Destruction, is already alarming the world about such questions. She told us, “It is an unspoken assumption that algorithms and technology will let us transcend issues of class, race, and gender. It’s not working out that way so I’m not an idealist. I’m hoping the current trend that we are using it as tools of oppression and further punishing the unlucky and rewarding the lucky will shift. But we will have to be demonstrably more interventionist that we are now.”

But we’re also at a point where we can’t hide from data and technology, and its importance in our lives certainly won’t lessen. We should aim to make it fair and accurate and work for us not against us.
Should we be aiming to set up some type of non-ideological, non-profit regulatory body to trial such a system on a small population? It should be in the pipeline. A lot of people reference Chile in the 1970s and its cybernetic program as an example of this type of experiment, but this was an ancient technology with practically no computing capabilities in comparison to what is possible today. A study such as this should probably operate outside of the secretive hands of Google, Facebook, and other various Silicon Valley interests. There are enough scholars, thought leaders and scientists alarmed about the encroaching hand these internet applications play in our own sovereignty. But we’re not talking losing our identity or privacy, we’re talking about data making appropriate rational decisions in areas that need help.

Just think of government spending, healthcare, military options, welfare etc. There are copious amounts of cronyism, loose change and illogical decisions that data governance would clean up. Steve Ballmer, ex-CEO of Microsoft, has a lot to say about this, previously stating that “data trumps all” Some people hope literally. He started a $10 million online database called USAfacts that accounts for every penny spent by the US government, showing examples of inefficiencies in government decision making. For example, in the US the average length of stay in hospital has remained constant at around 4 days in recent years whereas the cost of that stay has risen by a factor of four-something. Or even more shockingly, the fact that $66.6 billion is spent on food stamps in contrast to $753 billion on defence. Similarly, a report commissioned by the European Central Bank found economies of countries like the US, Australia, and Japan, could have saved £137 billion in 2014 of tax payers money. Where are our tax dollars going? How is the government behaving with our money? We need this type of accountability and transparency. Could we transform the market by allowing technology to decide where our tax dollars should be spent,  how policies should be implemented or upending decades of work by market experts and professors and academics? We could give it a try.

There is no greater option to fix the environment and all manner of socio-economic problems than to look at the data. But some people think it will dismantle democracy, the author and former Google data scientist Seth Davidovitz disagrees. He recently wrote a book Everybody Lies: Big Data, New Data, and What the Internet Can Tell Us About Who We Really Are, showing years of analysis and insight into our deepest desires and fears via Google Search. In fact, it’s probably the most important data set ever collected on the human psyche. If this is isn’t a clear example about extrapolating data allowing people a greater voice then I don’t know what is.

Look to the programs we can build that can find, identify and allocate the appropriate resources to the problem. From medicine to security to urban planning, these will all be transformed over the decades by data and technologies making our lives better. Would I vote for a bot instead of Corbyn? Absolutely.

We set out to ask three data/technology experts for their own thoughts on whether a future could arise where technology could replace the government: 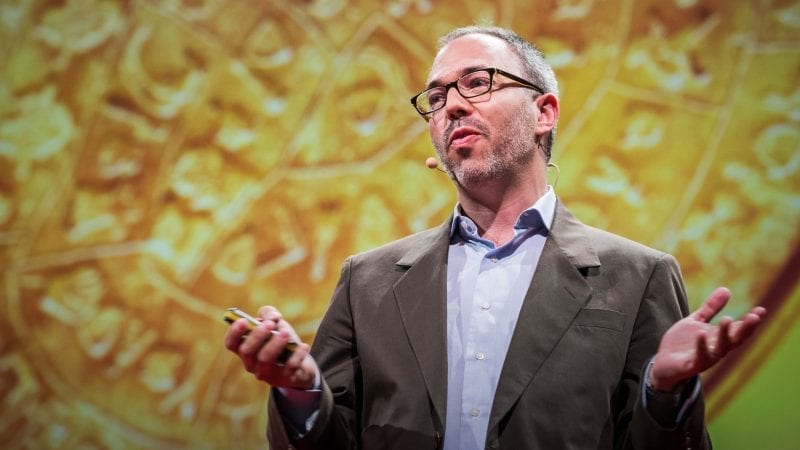 Kenneth Cukier, Journalist and Author of Big Data: A Revolution That Will Transform How We Live, Work, and Think, more

A large part of politics will get automated over the next few decades partly for efficiency and partly because politics involves complicated tradeoffs that algorithms handle better than humans. It will be a way to “depoliticise” politics. An example is election districting, the way we draw up legislative maps. In America, politicians carve out highly partisan areas that are “safe seats”. It’s led to gridlock in DC. If we gave the job to an algorithm to create balanced or random districts, there would be more of a contest for ideas to attract the political centre. An algorithm would uphold nonpartisanship and democratic ideals in a way that people don’t.
This idea of taking people out of politics in order to get a better outcome actually has a long linage — it’s pure Montesquieu. The idea of checks-and-balances was a form institutional innovation. It presumed no entity could be trusted so each’s authority depended on, and were granted to, another. It took the individual out of politics to place trust in the system itself.

Today we see signs of a new evolution in this, as technology takes over political functions. Yes, big data is used to micro-target voters. But there are positive cases. Archon Fung at Harvard has examined “regulation by disclosure”. Just requiring information to be open compels people, companies and markets to act in ways that uphold public-policy goals that would be impossible to achieve through legislation. Another area is the idea of “digital self-sovereignty” via the blockchain, from a vibrant young thinker named Natalie Smolenski at Learning Machine. The idea is as fresh, bold, provocative and 21st-century-self-affirming as it sounds. It’s Montesquieu for modernity. 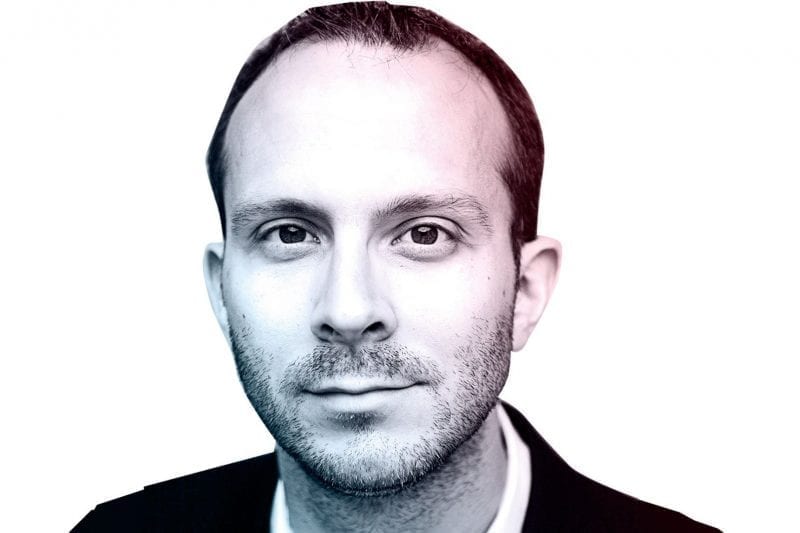 Tim Harford, Economist, and Author of 50 Things That Made The Modern Economy

I find it very intuitive the idea that our political institutions are not very responsive to technological change. I’m a little sceptical. I’m sceptical about government but I’m also sceptical about just handing it over to a computer to do it all.

We’ve had this idea for a very long time that we can hand it over to a computer. The most famous example is Salvador Allende in Chile. We never got to see whether that really worked because the CIA organised a coup, but it didn’t seem to be working very well.
I can see situations where the algorithms might work, one possibility might be monetary policy, with pitch interest rates and qualitative easing etc. The aim is very easy to state and we’ve got quite a lot of data so maybe. And you could audit the algorithm and think about what it’s doing, why it’s doing it, which is important.

But in a lot of other cases I wonder because I think we overrate what computers are capable of, and so we hand everything over to the computer and it starts making all kinds of mistakes that we don’t understand. 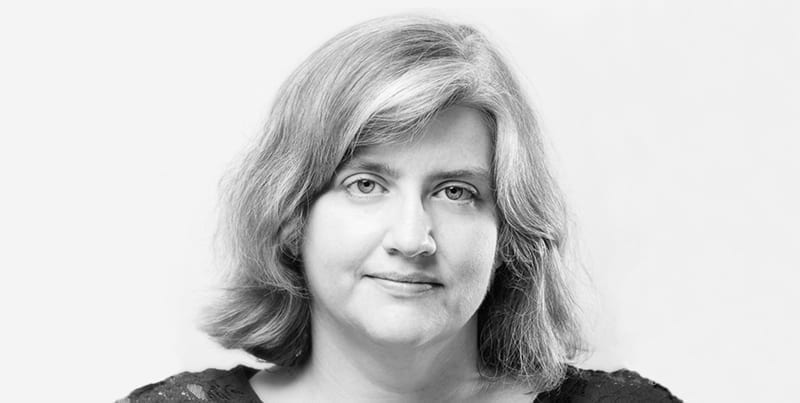 Quite a few examples in my book are of governments using technology quite badly. So my answer would be we shouldn’t use it badly in government. But my other thing would be that I don’t agree with the premise that government is terrible. I’m living in Trump’s America, which makes me appreciate on a daily basis how much government provides that is now threatened. I think we take the granted everything that the government does: the government makes rules and to some extent it enforces rules. It provides for us – not perfectly – but when that all might be taken away it makes you start to realise how much it all means. Anyway, I just don’t think the government is terrible. I think the privatization of government could be really terrible. I do think we could use algorithms really well, I’m pro-algorithms, but I want them to be held accountable and for the science to be put into data science.
I’m not saying that government is perfect because of course, it is flawed. I’m just saying that we don’t have any other option. The government is completely 100% required so we need to do better.