Starting out painting faces at kids’ birthday parties, London based Isamaya Ffrench has already become one of the most exciting make-up talents in the fashion and beauty world. At 26, she has carved out a unique career, gaining a reputation for her rich, colourful and detailed work. She has been featured in magazines like Dazed, Vogue and i-D and counts Topshop, Chanel and Hermes as some of her clients.
With an incredibly diverse CV under her belt, Ffrench has now hinted at the eventual launch of her own brand. If there’s anything we’ve learnt from chatting with Isamaya it’s that being open to new creative opportunities is the fuel for her inspiration.

You’ve wanted to be a dentist, you’re a dancer, you originally were into shoe design, and now you’re an incredible make-up artist. Is there anything you can’t do?

I did actually work as a dental nurse for a few years after being offered a position after a ‘work experience’ stint- it’s really a kind of artistry! But yeah, there are loads of things. I can’t drive for a start. I’ve really just done creative stuff.

Have all of the different things you’ve done helped you get to where you are now? This cross-fertilisation of creative industries?

It was always going to be creative but I was never sure what that would be and I’m still not sure. I don’t know if five years from now I’ll be doing this and in fact I sort of hope I won’t. 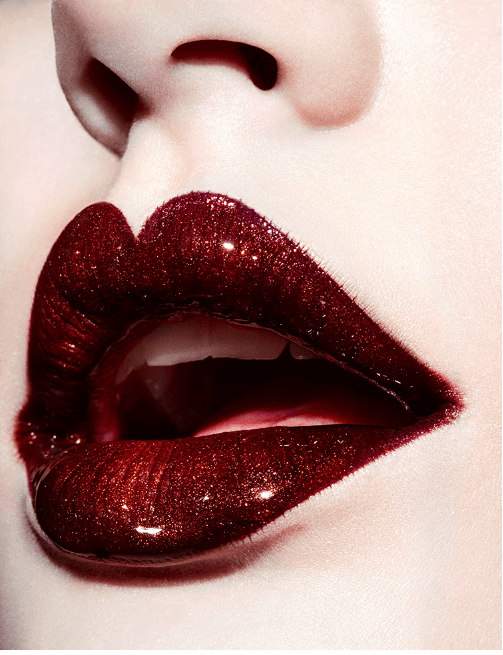 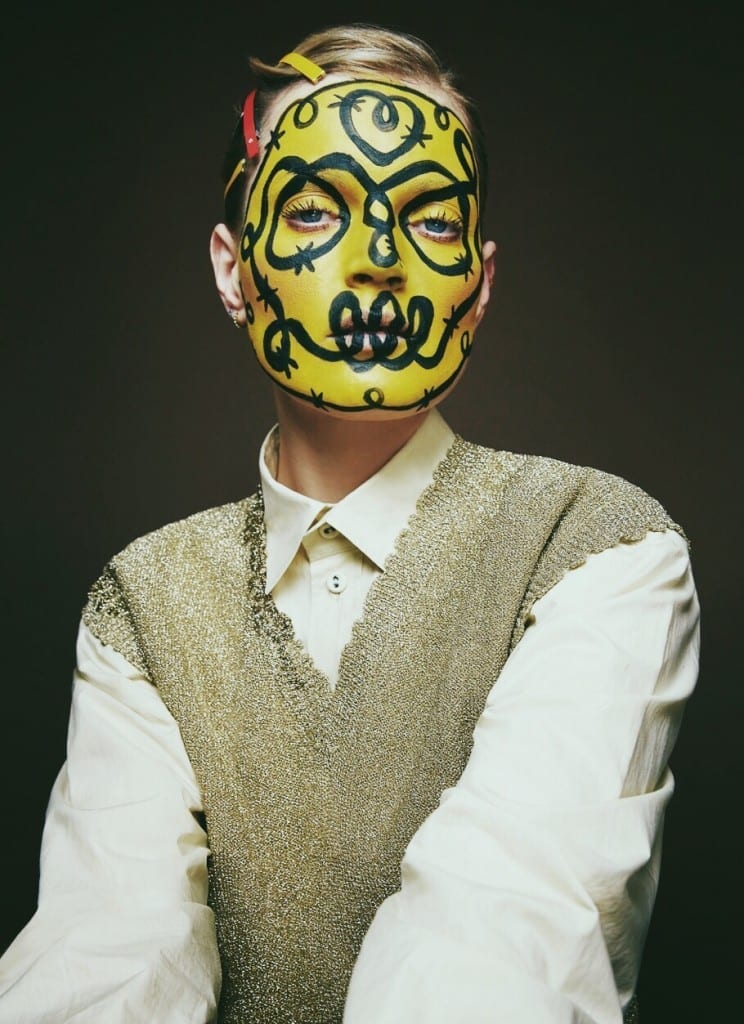 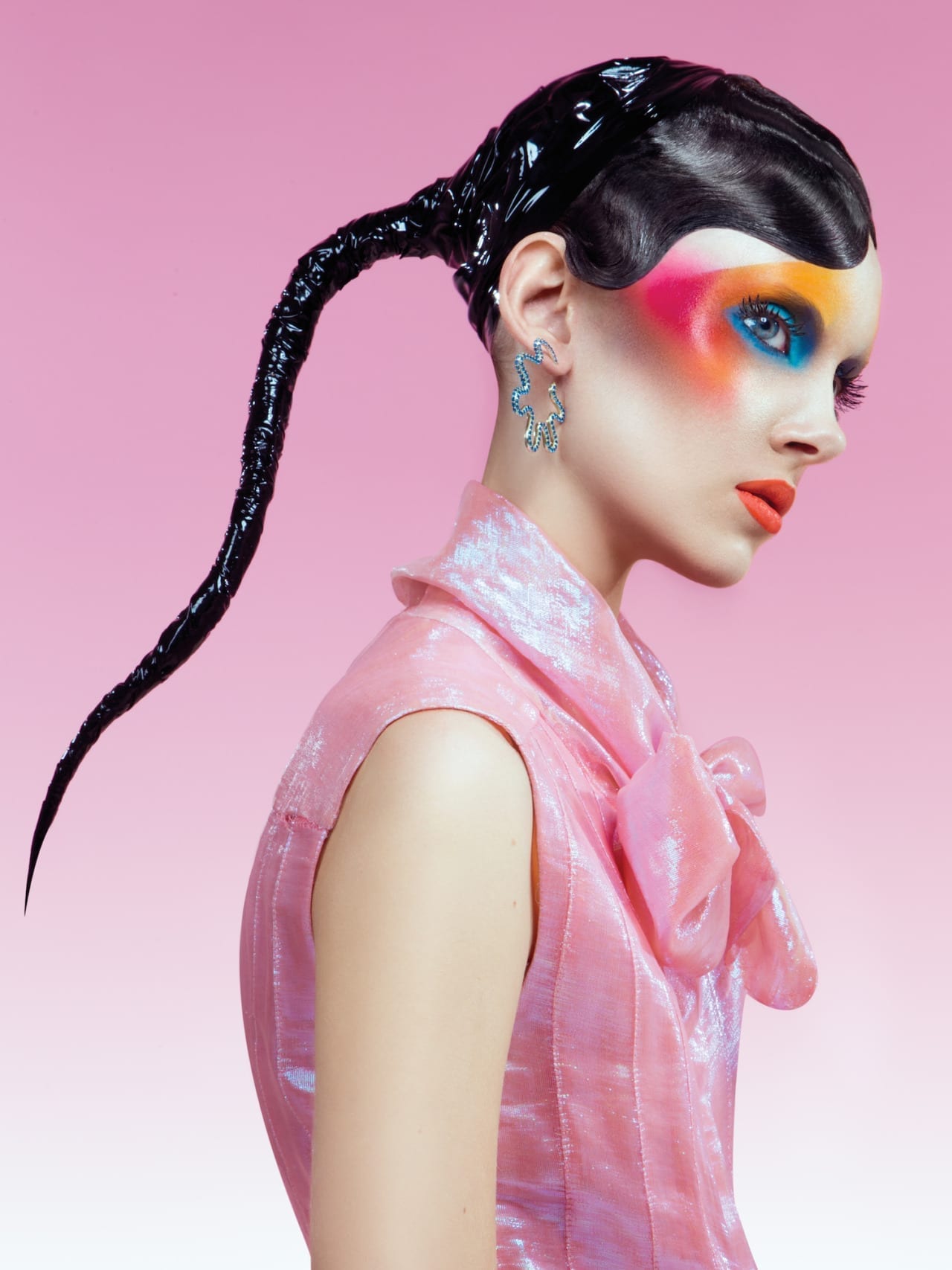 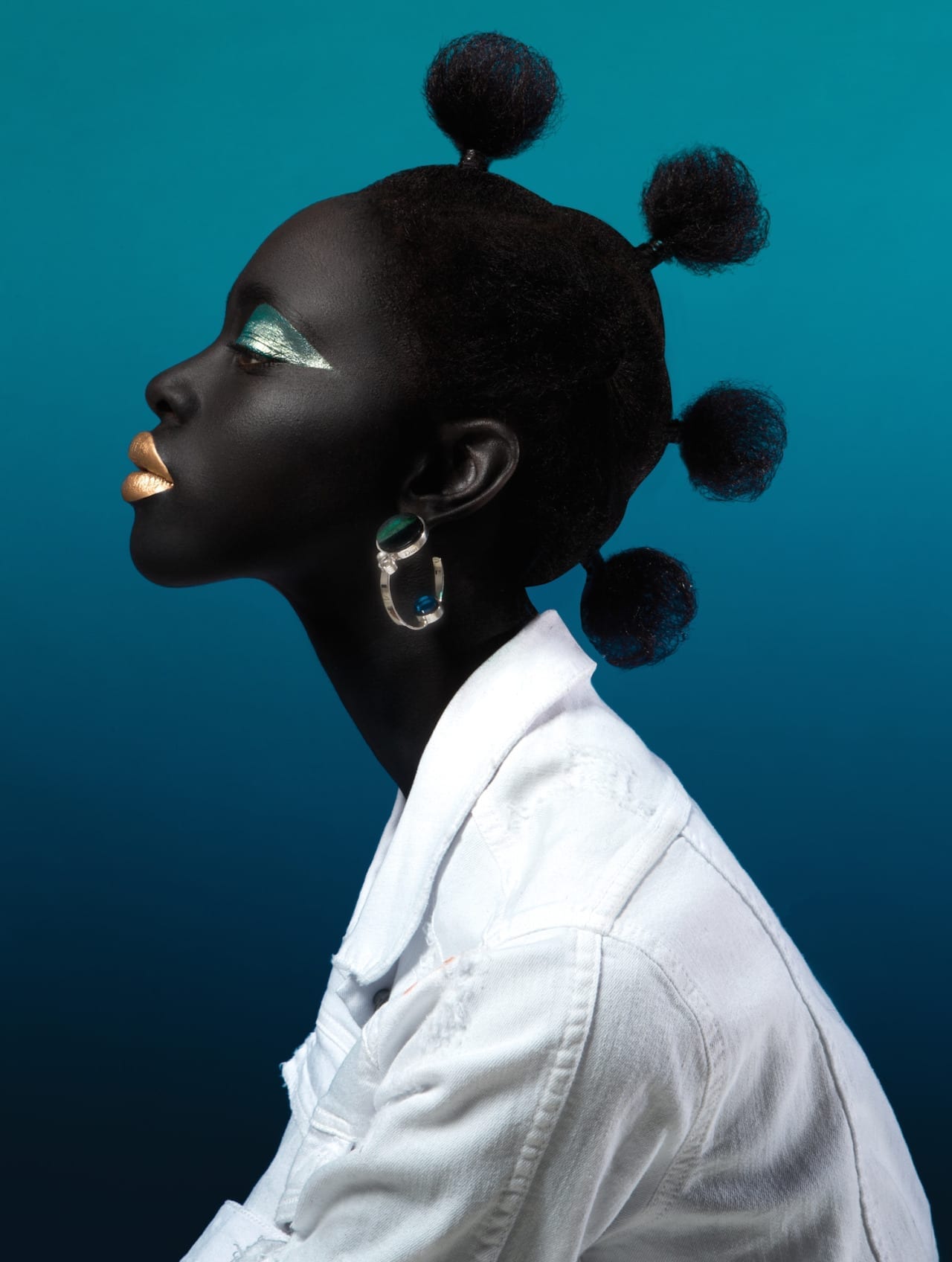 Well it would just be a step backwards or, stagnation, wouldn’t it. Not to say that I won’t be doing make-up as well but I don’t think I’ll only be doing make-up in five years. I studied product design at university. I was actually going to go to study shoe design and I sort of backed out at the last minute because I thought that would be far too singular as a creative approach, and so something as a product is much broader and ultimately I think that fueled more of an interest in, like, branding and products and working in a 3D way. Which you could apply to anything really.

And you kind of stumbled into make-up by accident?

Yeah, sort of by accident. I was studying product design and I took face painting as a side job whilst trying to maintain dancing and the performance side of stuff. Then it all ended up, I don’t know, it was an amalgamation of those three things – doing make-up in a professional way but still creatively.

Don’t get me wrong, I don’t dislike make-up or don’t not want to be doing it in the future, I just don’t want to do it in the way that I am now. You know, that isn’t a rejection of make-up artistry, I just think my approach will change. Perhaps it’ll be a brand, perhaps I’ll still be involved elsewhere in the beauty industry. I’m already working on a make-up brand myself, seeing how that goes and developing it as an artistic project. So we’ll see.

How is it working with a commercial brand like YSL?

I find it very interesting. When you have creative parameters to work within it’s always much more interesting as a process than just being free, because although it’s harder, it’s more rewarding when you have limitations.

I sense that there’s a lot of creative integrity in your work. How do you compromise or have that conversation with yourself about the commercial side of the business, or for want of a better term, selling out?

Well as much as it is exciting and fast paced, in some ways it’s a really reductive time that we’re in at the moment because obviously you have this incredible platform like social media where everybody is expressing what they want personally and creatively, but in a sense it can also be very confusing for creatives – especially those who only look at their work as a means for answering their own internal questions?
That’s how the creative process has been for thousands of years. People become artists to try and resolve some internal question or create a kind of inner dialogue through their work – the only feedback being a personal critique, and when you’re bombarded with images it can be very overwhelming. I think the main challenge is to ignore as much of it as you can and just make sure you’re focusing on your own mind and its unique expressions, not to try and emulate other people’s. Just do what you like and want rather than worrying about the 50,000 other people also doing make-up. Who cares after all? Quality speaks for itself.

The most damaging thing to do to myself creatively is to look at everyone else and see what everyone else is doing because you get totally stuck in a rut. We are humans and at the end of the day we’re not computers. If your brain is being bombarded with thousands of images on Tumblr, that’s going to have a weird effect on you whether you’re aware of it or not. Sometimes that can be a damaging effect creatively and you have to kind of remove yourself from that whole tech world and make sure you’re. . . I don’t know, surrounding yourself with quality rather than quantity.

You’ve already done so many incredible things in such a short amount of time. You were the beauty editor of ID magazine, the UK make-up ambassador of YSL (Yves Saint Laurent), and you worked on Kanye’s video – BLKKK SKKKN HEAD. As a young person in the creative industries do you take a careerist approach to things or are you just happy to take what comes?

I just do what I like. I say no to lots of things as well. I have been doing this for over six years. I think maybe people think I just suddenly started doing make-up but I quit uni after my first year, I didn’t finish my course, so when I was like 20 I got into make-up. The normal route is to assist for three or four years and then start building your thing but I just got straight into it. I have been working bloody hard for like, six or seven years in make-up, and I think people forget that when you’re new on the scene. People don’t see when you’re at the beginning of your career, they just see when you’re doing Vogue and stuff. But in terms of career trajectory I don’t really have any goals, if I enjoy it I’ll do it and if I don’t I won’t.

Did you meet Kanye?

I have met him actually yes. He’s nice. Very focused. I didn’t spend much time with him, he does his thing. He surrounds himself with professionals and he’s doing his job and so are you. 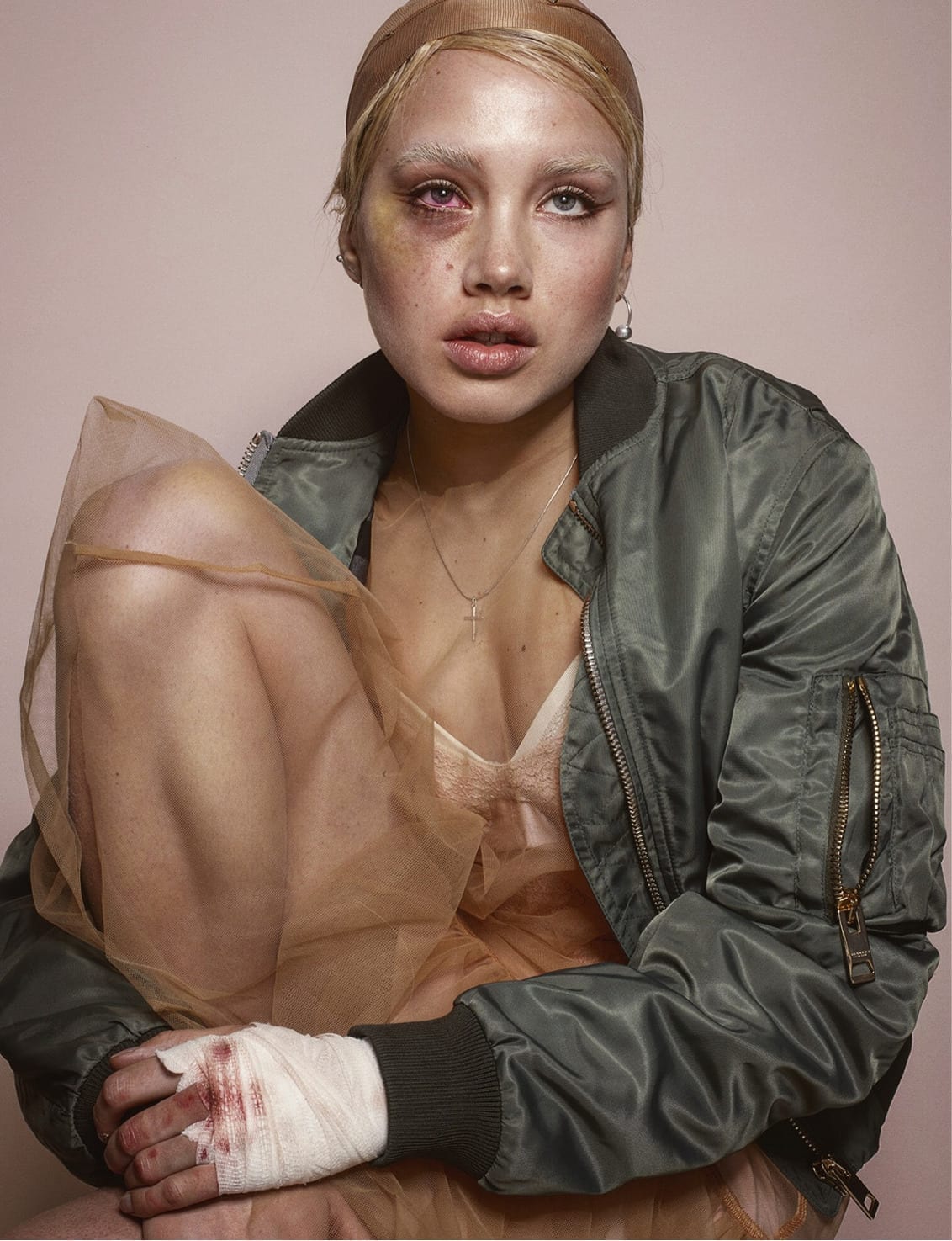 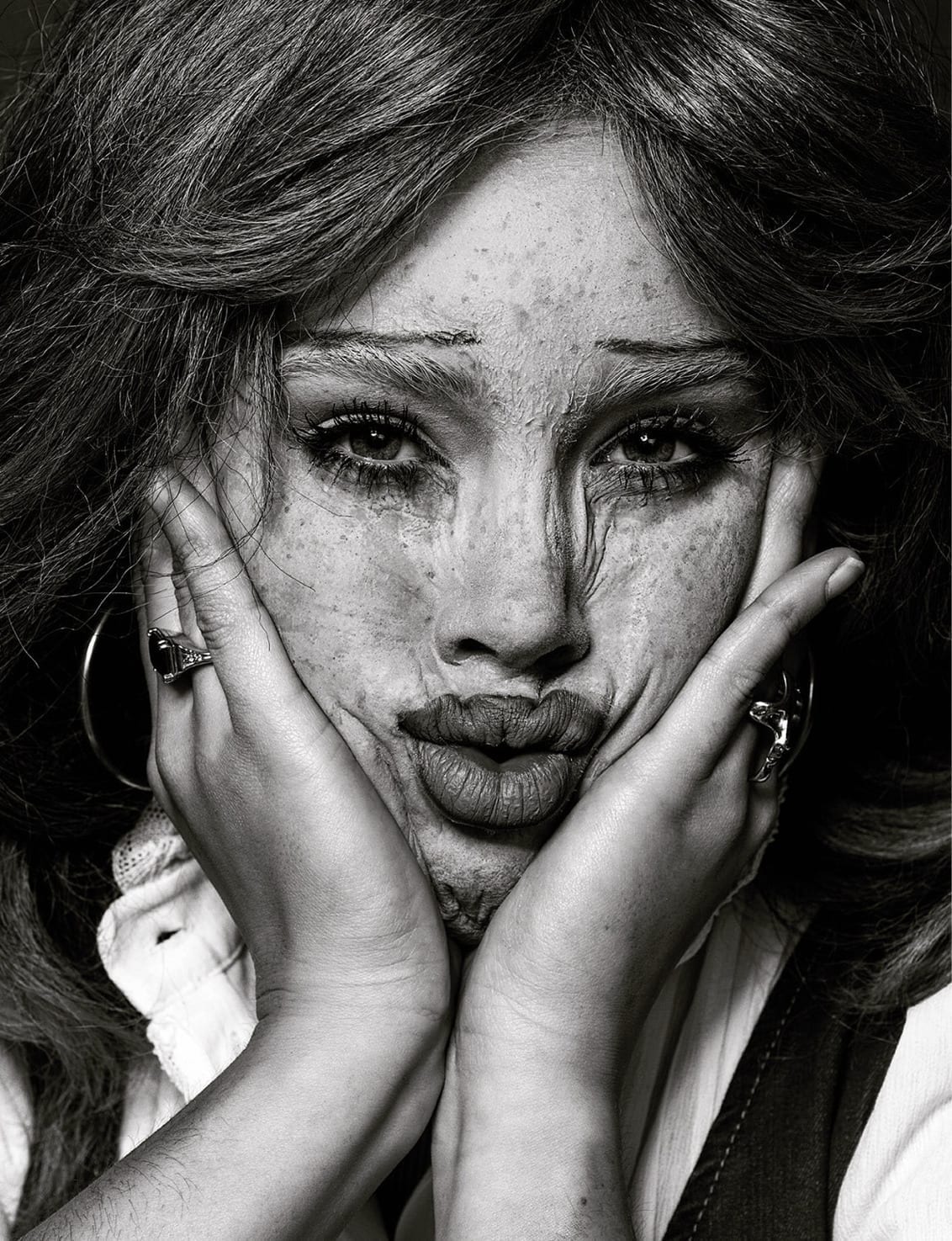 Finally, what’s next for you?

Well, I’m travelling a lot and next year I’m going to start working on a make-up brand which I’ll be able to talk about soon. And I will continue to do things with YSL which is always interesting and a very different way of working because it’s a big commercial brand. And then I’m going to start making short films. I’ll be doing that as a personal project because I’ve done enough photographs now I think film is the next thing I’ll start working with.