There’s a lot of intrigue about psychopaths in our society. Though most of our perception of these people come from the likes of Hannibal Lecter, American Psycho and Jack Nicholson in The Shining, there is a lot more to them than you would guess from the lunatics portrayed on our screens.

American based neuroscientist Kent Kiehl has spent his whole career studying psychopaths and what makes them act the way they do. Author of the ‘Psychopath Whisperer’ from 2014, Kiehl bases himself out at the Mind Research Network at the University of New Mexico in Albuquerque. Kiehl has gone as far to acquire a mobile MRI scanner and travel to state prisons in order to scan the brains of inmates. He possesses the most comprehensive database of psychopathic brain data in the U.S, with 3,000 violent offenders on record, including 500 psychopaths. It’s the brains of these individuals and their stigmatised nature that Kiehl finds so fascinating. These people lack compassion, empathy and a conscience, which too often forces them into a journey of long jail time and for some even death sentences. 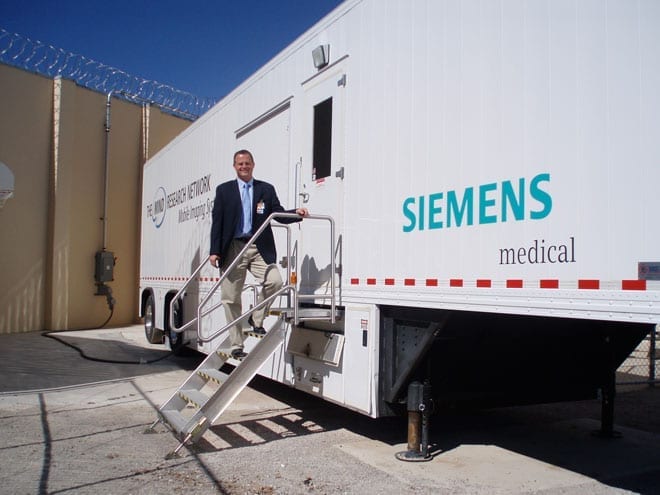 Kiehl stands at the entrance of his mobile MRI scanner. Photo: courtesy of Kent Kiehl

The work that Kent does is not for the faint hearted. These are people at the tail end of gruesome crimes. As Kiehl tells us, “most of the cases I work on are shocking, too many to count stand out.”
Growing up his family had lived down the street from one of America’s most notorious serial killers, Ted Bundy. This sparked his interest in criminally insane individuals but we wanted to know just what Kent finds so particularly fascinating about these people. “Psychopaths are just so different from the average person, it continues to fascinate me how different they truly are and I like discovering what makes them different and how we can manage and treat the condition. I had great advice as an undergraduate. My mentor said I should combine the top things I have always wanted  – the brain and the psychopath.”

Some of the jargon you see on news these days focuses on how inconspicuous psychopaths are. Some reports suggest that one in five people in the workplace are psychopaths, but Kiehl points out that 1 in 150 in the general population is around the right number. So what does Kiehl think of the idea of the common workplace psycho? “It’s not very accurate at all. High levels of psychopathic traits are not conducive to success in the business world. I reserve the term psychopath for only those few who meet clinical criteria for the disorder. But even modest levels of psychopathic traits can be recognized in people and I would not want to have a boss who had modest levels”. 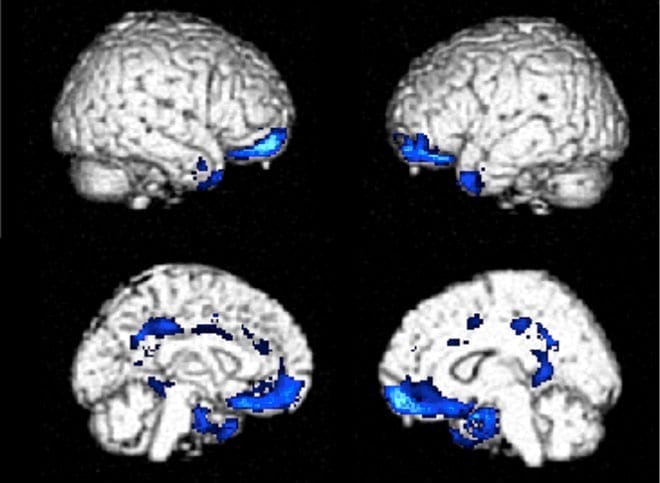 Studies into psychopaths currently show that genes and outside influences play a 50/50 role, such that there are epigenetic influences behind these traits and there is also a mix of genetic predispositions tied to being a psychopath some traits are just more a matter of degree. The latest research shows that individuals who possess the MAOA gene show a more anti-social and violent behaviour.
But the real question remains, is rehabilitation a possibility? “There are cognitive based treatment programs that appear to reduce bad outcomes (violence, crime) in ultra-high risk youth (who are on a trajectory do meeting adult criteria for psychopathy). That’s good progress in my mind.  I think non-criminal psychopaths would benefit from treatment as well, but they lack insight, so unlikely they will pursue treatment on their own. There are successful treatment programs that are out there, one in particular, the program at the Mendota juvenile treatment centre in Wisconsin.”

In Kiehl’s work with his mobile MRI scanner he’s found that psychopaths tend to have less gray matter in the brain region that he’s targeting, as well as smaller amygdalas (areas known for empathy). What’s also fascinating is that psychopathy is mostly a male disease, with only one in ten being females. Other shocking facts are that psychopaths are 6 times more likely to commit a new crime after release from prison, and certain therapies are likely to make psychopaths commit themselves to more crime than with no therapy. However there is hope for the future, and Kiehl tells us that it lies in the fascinating emerging area of neuro-prediction, (MRI data that can predict future outcomes risk for relapse to substance abuse, crime, etc). So even if science can’t reduce anti-social behaviour to a brain image, knowing more about brain function will improve the way we approach this area and hopefully reduce the average population of psychopaths overall.