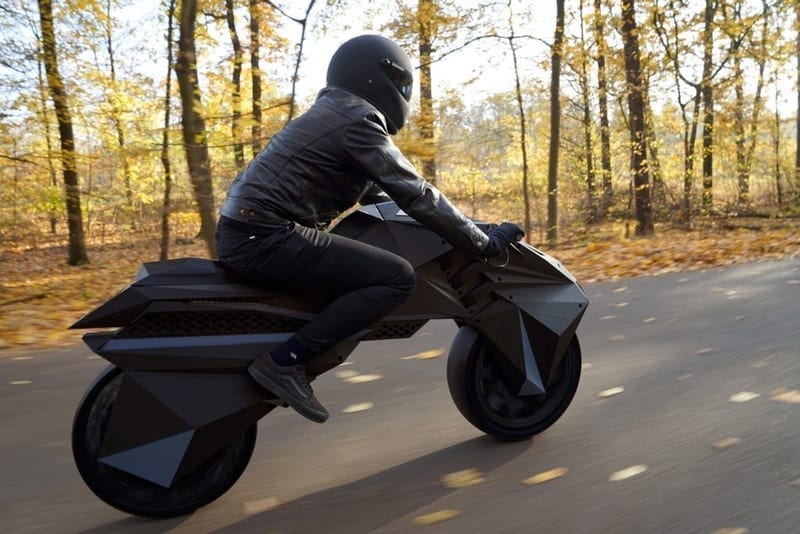 The motorbike designed by BigRep’s Marco Mattia Cristofori and Maximilian Sedlak was recently demoed in a video [below] as a prototype channelling the sleekness of the Batpod and something out of Blade Runner.
The tires, rims, frame, fork, and seat were all part of the 3-D printing process, there are 15 separate printed parts to this bike.  The only things that weren’t printed were the motor and the electric battery. No word on actual specs of the products either such as speed and charging times.

Daniel büning, co-founder and managing director of the lab said in a statement ‘this bike and our other prototypes push the limits of engineering creativity and will reshape am technology as we know it.’

The bike includes airless tires with a customized tread; a lightweight rhomboid wheel rim, flexible bumpers (instead of suspension) and the electric engine, which is fitted in a customizable case. BigRep was one of the first agencies to master the art of crafting 3D-printed airless bicycle tire so this is a huge next step for them. 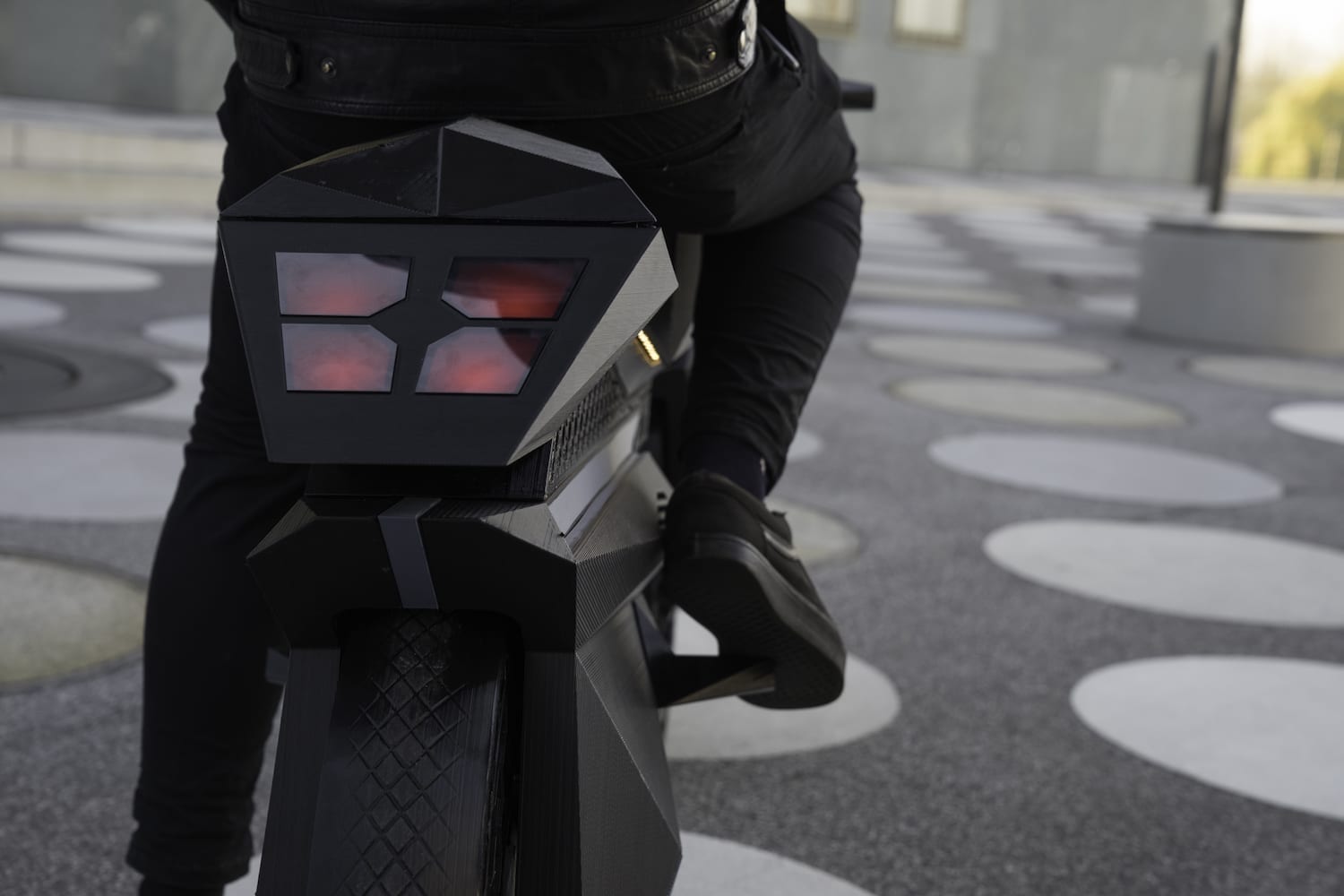 How did they create such detailed parts on the bike? The motorcycle was 3D-printed using the fused filament fabrication (FFF) process, which feeds a continuous filament of thermoplastic material through a moving, heated printer extruder head. 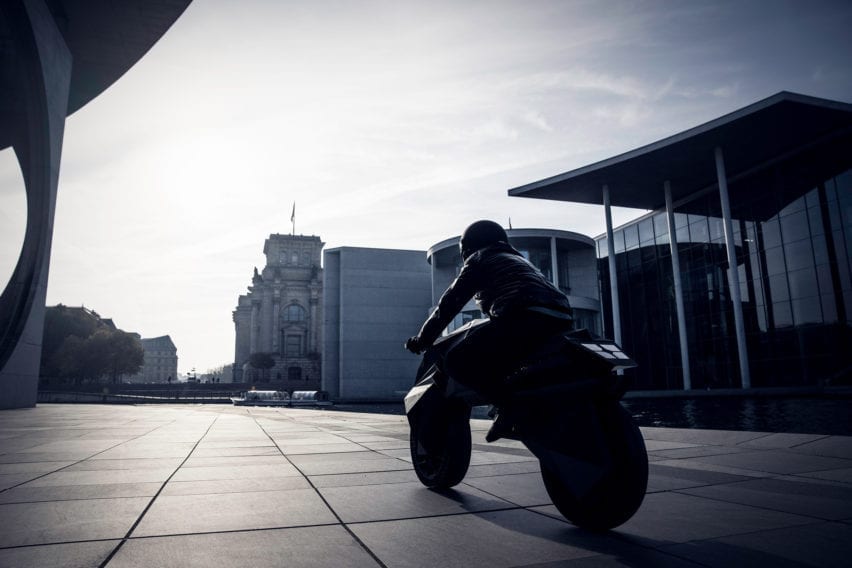 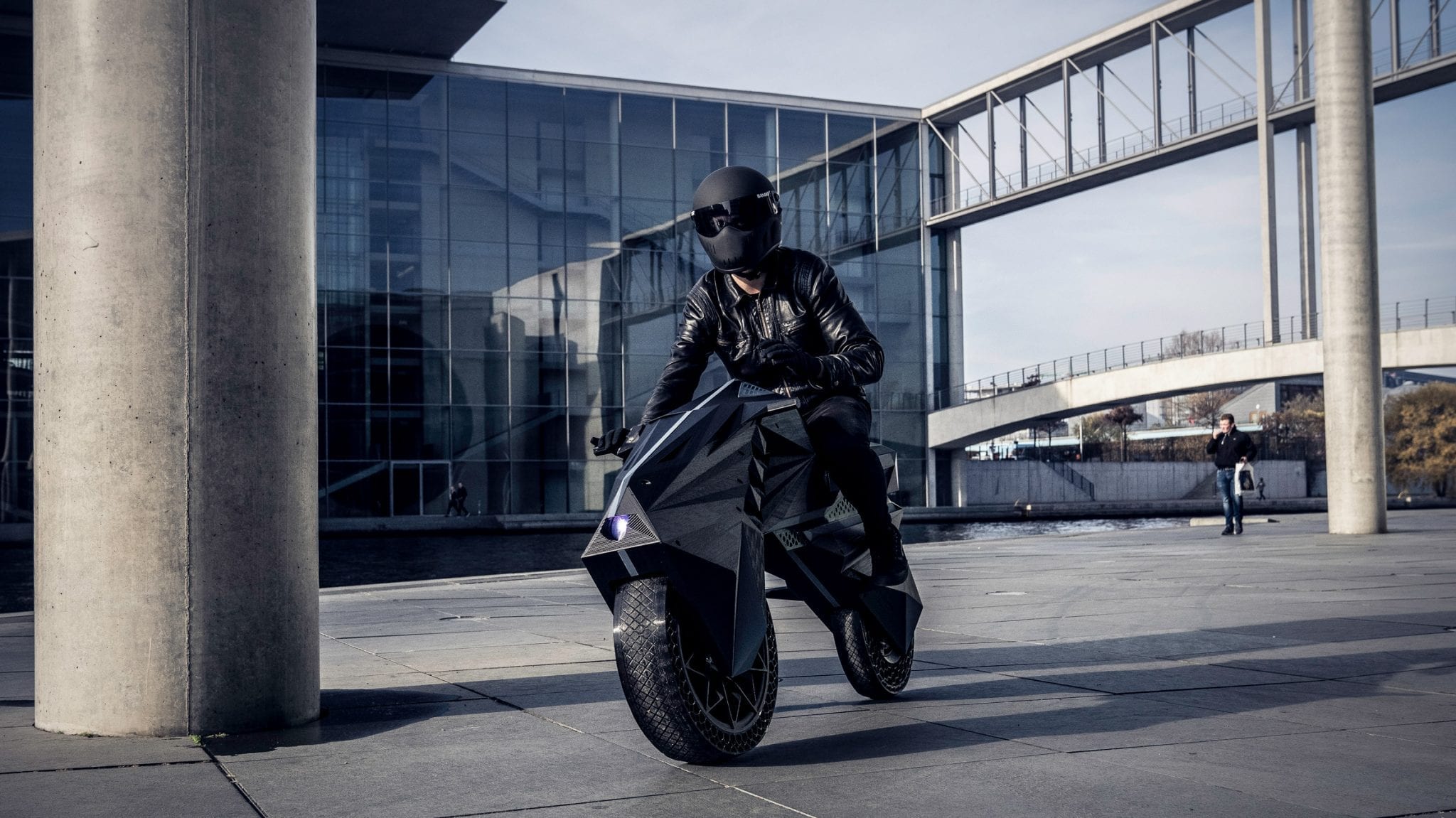 There is no word on whether this bike will be released for large-scale production, but the product signifies a larger exciting shift in the printing market where we have already reported on many new progressive products being used rolled out such as 3D printed sneakers or 3D hearts and lungs.