Cinematic legend David Lynch has been busy this year, with news of him returning to his hallmark TV series Twin Peaks, and also having just released a new book entitled, Beyond the Beyond, an essential purchase for any Lynch lovers who want to delve into the music that helps to make a cinematic masterpiece. The book offers up a collection of scores, song compilations, and soundscapes from the archive of David Lynch’s 50 year film career. Most people will go straight for Julee Cruise’s masterpiece – Falling:

But we prefer Angelo Badalamenti’s soundtrack for The Straight Story from 1999 and Lost Highway from 1997.  It’s all here, from his little known early short films in the 1960’s and his first feature Eraserhead to his latest cinematic offering Inland Empire. 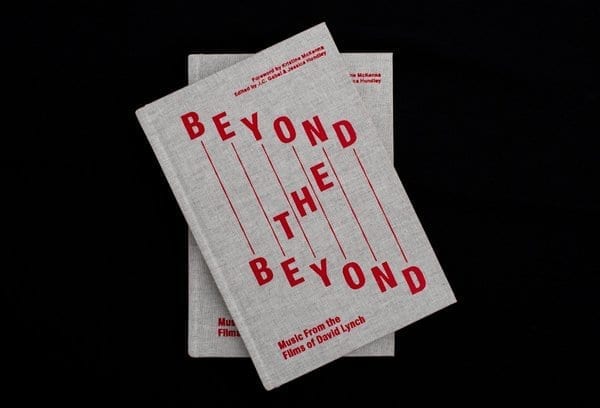 According to the book’s publisher Hat & Beard, Beyond the Beyond also includes unseen photos and interviews with the musicians who performed at the Ace Hotel’s April 2015 benefit for the David Lynch Foundation. These interviews include, The Flaming Lips, Duran Duran, Moby, Sky Ferreira, Lykke Li, Karen O, Donovan, Angelo Badalamenti, Jim James, Chrysta Bell, Tennis, Twin Peaks and Zola Jesus. A live recording of the concert is also included on a companion CD.

The now 70-year-old cultural icon has decided to take the book one step further, and will also be curating the Festival Of Disruption from October 8-9th which will see performances from Robert Plant, St. Vincent, Sky Ferreira, and Jon Hopkins among appearances by many other artists and thinkers. If you’re around in Los Angeles, get your tickets quick.

Beyond the Beyond: Music From the Films of David Lynch Is available now via Hat & Beard Press