Once again, we find ourselves at the beckoning call of one deranged transgressor, an autocrat who looks to stop at nothing to reunite a bolshevik ideology that has long been obliterated. An ex-secret agent now in charge of the entire Eastern Bloc who in his mind isn’t living in 2022, but instead starring in the 1963 film, The Spy Who Came in From the Cold.

In his quest for immortality (he does think he will live forever), Putin has found himself in an old storied position. How many times have civilian populations found themselves at the behest of a toxic male leader drunk on power and rage – worshipping at the altar of themselves, an ideology, or perhaps possessing a quest for territorial expansion? But maybe is there something more sinister going on here?

The rumours circulating about Putin’s health have been around for years, although these rumours can’t be substantiated because no one can get close enough. If it is true that he suffers from mental health issues, that he possesses some neurodegenerative ailment like Parkinson’s disease, this should frighten us all. Holding one of the most powerful positions on earth, consequences in his position can have irreparable consequences. I look at what my grandmother went through with Alzheimer’s; I wouldn’t allow her anywhere near the nuclear codes.

“Putin’s visions of reuniting the USSR might be the product of one man suffering from paranoia, nostalgia or frostbite of the mind.”

His impulsive actions last week deciding to invade Ukraine, a sovereign nation, for no other apparent reason other than a yearning for the good old times have left the global community slack-jawed. This isn’t the action of someone acting strategically but of someone clearly out of touch with reality. Abandoning all sense and reason, he has now limited contact with his inner circle, isolated himself during covid and even taken to trying to limit all opposing sources getting to the Russian population. Anyone who wants or assumes as much power as Putin must have mental health issues. Someone who removes all term limits obviously doesn’t have a healthy functioning sense of reality.

We don’t hold leaders accountable for their mental health; it is still stigmatized; as long as they keep office, they must be ok. Winston Churchill who famously suffered from depression quipped, “For two or three years, the light faded from the picture.” We ended up romanticizing Churchill for his mood disorder, not questioning his fitness to lead.  Professor of Psychiatry at Tufts University and author Nassir Ghaemi wrote a book in 2013 about this called A First-Rate Madness, Links between leadership and mental illness, his thesis pivoted around the idea that ‘the very qualities that mark those with mood disorders also make for the best leaders in times of crisis’. This is a dangerous idea to play with, on one hand, you can idealise Winston Churchill, Martin Luther King or Abraham Lincoln but what about the other side of the coin?

They are people like you and me. They could be your boss, colleagues, or even your partner. The only difference between them and leaders like Putin is that they are surrounded by a fortress of people who fear disagreeing with them. They possess an excessive amount of power. These mental health checks and age requirements (yes, I’m looking at you Joseph Biden) should be mandated, not something we have to find out about in our darkest hour. We’ve just seen what Donald Trump has put us through. He wasn’t fit to lead a polka band, let alone an entire nation.

Putin’s visions of reuniting the USSR might be the product of one man suffering from paranoia, nostalgia or frostbite of the mind. But this isn’t new; so many despots of history have displayed the same troubling anxiety: Hitler, Stalin, Pol Pot, Hussein, Gaddafi, Kim Jong-un, Amin. I’d throw Trump in there for good measure. Gadaffi infamously surrounded himself with a cadre of virgin bodyguards when travelling the world; they wore high heels while on duty, mind you. Kim Jong-il kidnapped South Korean director Shin Sang-ok off the street in broad daylight and forced him to film a movie for him because he could.

“These mental health checks should be mandated, not something we have to find out about in our darkest hour. We’ve just seen what Donald Trump has put us through. He wasn’t fit to lead a polka band, let alone an entire nation.” 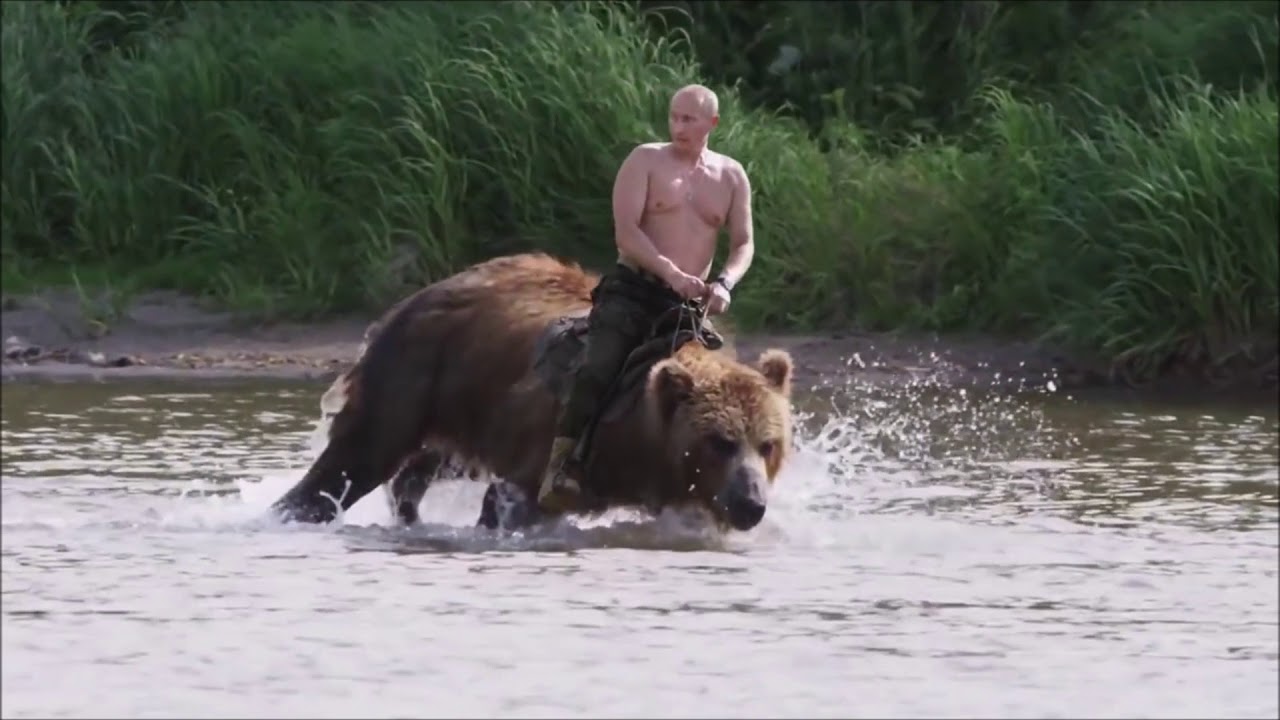 If this came down to a series of psychological evaluations, there is no Rorschach test capable enough to handle the narcissism of these leaders. I am sure all these leaders would fail miserably; their propensity for paranoia coupled with hubris would be seismic. You’ve seen the 1999 film Analyze This with Billy Crystal and Robert DeNiro.

The way Putin assumed office was driven by extraordinary circumstances and didn’t demand much accountability. Still, checks and balances should be set in place to deal with future events like Putin or Trump in the free world. Teachers, police officers and financial advisors all have to go through background checks; why shouldn’t a proposed leader of the free world undergo a series of psychological evaluations every few years to ensure they are fit to hold office? Does the fate of the world need to rely on someone missing their therapy session?