If you were to open the newspapers as of late, you might be mistaken for thinking it was the 1950s all over again. Headlines talking of a new frosty relationship between China and the US remind us of an age where McCarthyism and the great big red communist scare were written across every street corner.

This new Asian panic came to a head in 2018 when the world’s largest telecoms equipment firm Huawei brought the China-US relationship to a freezing point. Countries like Australia, Britain and Canada decided to outlaw the integration of Huawei into their 5G network infrastructure based on the fear that China would be using this integration to gather intelligence on their private citizens. Huawei’s chief financial officer, Meng Wanzhou, was subsequently arrested in Canada last year and now faces the strong possibility of being extradited to the US to face a litany of charges including fraud and destroying evidence.

President Trump ever the populist leader, brilliant at exploiting scandals has now readied an executive order prohibiting American companies from incorporating equipment originating from China into critical telecommunications networks. His administration has said that this move is motivated by concern for national security, not by a defensiveness. However, we must take this as a clear and concise message to China that they are not welcome in the West.

The reality is much more severe than simply a dose of the national security heebee-jeebees, to my liking it has more to do with the West’s anxiety over technological supremacy, in that, whichever country dominates 5G will gain an economic, intelligence and military edge for much of this century.

The battle to develop, utilise and reshape the world through advanced tools like 5G and AI will undoubtedly reshape geopolitics in the 21st century. And this is a battle that is just starting to play out. However, technology in the hands of China scares Western powers because they are a country that has always operated strictly on a need to know basis. As we have watched from our window in the last decade we have seen their muscles flex, they have landed themselves on the far side of the moon the first time in human history, built global startups like Tencent, Baidu and Alibaba and turned their R&D economy into what will become the worlds strongest AI superpower.

“The battle to develop, utilise and reshape the world through tools like 5G and AI will undoubtedly reshape geopolitics in the 21st century.”

This is the reality of our new bi-polar world order, one where the US and China battle it out not for ideological supremacy but for technological superiority. The trade war a by-product of this struggle was effectively invented by Trump as a symbolic move, one fashioned to shame and single out China as an enemy. And while many people forget how brilliant America is at creating simple representations of nation-states, characterising them as enemies, blaming China for its own domestic economic and social problems reflect the country’s own anxiety and myopia. Something tells me that this particular game of brinkmanship will yield a long list of subversive and nasty tactics, from both sides. The Huawei scandal just being the first move from the West.

China an enormous nation which has seen unrivalled success in the last few decades went from being on the cusp of total collapse, a nationwide famine in the 70s to the most tremendous economic success story of our time. Since 1978 they have seen its annual GDP per capita growth rate steadily rise at around an astonishing 9%.

Many experts are confused about China’s meteoric success and also unable to reconcile the idea that a country can manage a democracy and authoritarianism. But China’s Central People’s Government have done a great job of fashioning their own brand of surveillance capitalism. We have to give it to China. They have also used their unique One Belt, One Road pathway as an express track to confounding success. We also have to provide China with a chance to prove they do not have ill intentions and welcome them into the neighbourhood. Even with vastly different cultural values, we should be giving China a chance to sit at the table with us and work together in this new geopolitical structure.  The West needs to get over the idea that China could be made to be like “one of us”.

One person, I spoke to recently overheard a comment in a US class lecture, “We invited the Chinese to America for opportunities now we have to fear them as spies.” This fear-ridden rhetoric now remains the status quo for China-US relations. I would argue that a lot of this paranoia is pre-emptive and only going to stoke the geopolitical flames.

Do they want to take over the world? Probably not. Do they have ambitions to supersede the US? They already have by some expert accounts; current projections have China to surpass the US’s economy by 2030. The idea here is the Wild Wild West has now changed to the Wild Wild East, and we should try to be comfortable with that view.

“We have to give it to China. They have used their unique One Belt, One Road pathway as an express track to confounding success.”

Simply put the US administration has problems dealing with a nation-state that has unlimited potential as opposed to a country which is receding in its powers.  “What is the US strategy here?” said Kishore Mahbubani, Senior advisor at the National University of Singapore at the World Economic Forum recently held in Davos. “To reduce the bilateral trade deficit. It can be done. But the real strategy of the US might be to uncouple the two economies to slow down China’s growth. Except if this is done, it will shake the region and hurt everyone.” 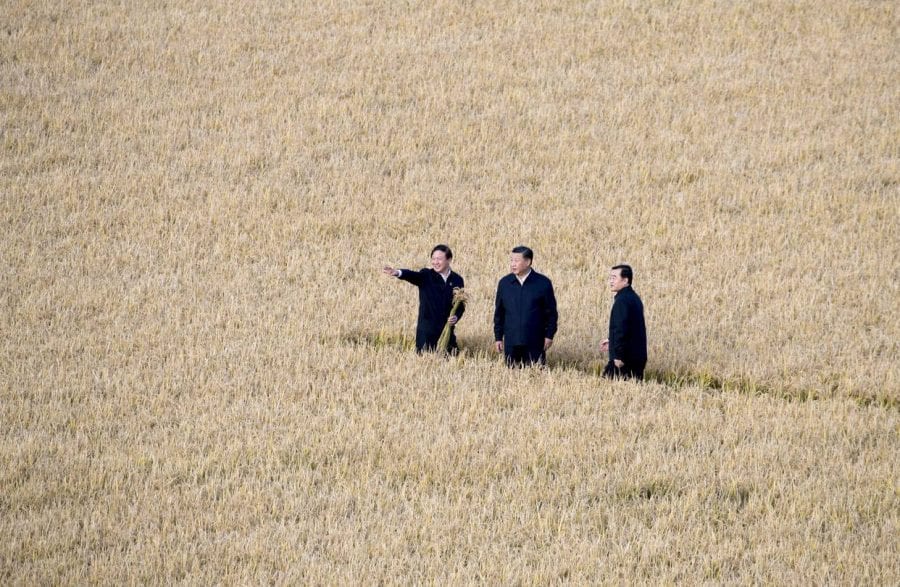 The US has no one to blame but themselves for this, when they wanted to put the economy on steroids in the 90s they forfeited locally made jobs for cheaper imports, Trump is now using this problem as a ruse for his Make America Great Campaign. The US should not be worrying about harassing their neighbours, but how to restructure themselves internally and get their affairs in order to cope with the coming turbulence they will experience in the future.

As the US isolates itself, China will become more integrated with the rest of the world’s economy especially Russia and India, and we should be embracing a diversity of voices not doubling down with fear as a response. We should be encouraging multilateralism, and enabling the US to open themselves up to a future where China can be an equal titan in their backyard.  Let’s hope this happens for all our sakes, the alternative is unthinkable.

Like this? Then donate to our Kickstarter campaign to allow us to keep bringing you insights. It ends soon.