The recent announcement that Ray Bradbury’s magnum opus Fahrenheit 451 was being remade into sci-fi blockbuster managed to set the internet alight. Without a doubt, one of the greatest works of literature of the 20th Century Fahrenheit 451 remains one of the most prescient works today. Centring around the destructive idea of censorship, why does this remake of this film feel so relevant today?
It was written 65 years ago when at the time America was going through an incredible political paranoia. Wedged between a Cold War, Senator Joseph Mcarthy invested the power of the state to exercise an intellectual purge. He and his goons had been rounding up anyone who he thought shared links to communism and had their names blacklisted. Essentially exercising a control of information. 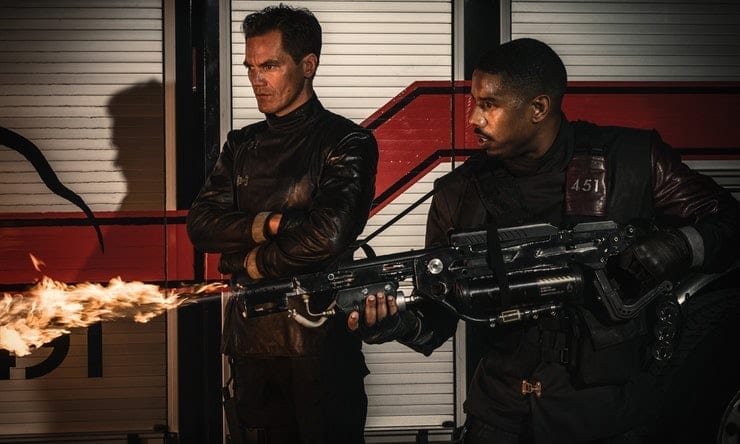 The idea that controlling the flow of information remains an idea more timely than ever.  We live in a time when information can not only do an incredible amount of damage but controlling it remains equally as divisive. Whilst fake news has been portrayed as the evil baby of the internet. Fake news is nothing new. The manipulation by media across the world has been going on for decades, however, what is different is the arrival of tech companies which has created an accelerated vacuum allowing for all types of unvetted insanity.
In some ways, Fahrenheit 451 like George Orwell’s 1984 has predicted the future, one where we have no control over our intellectual independence. Where we can’t decipher what’s real or not so we just accept it. Where the possibility of burning everything and starting again almost sounds like a good thing.

But Fahrenheit 451 remains a timely reminder that an attempt to gag or purge is effectively a threat to democracy everywhere. Do we want a world where books are outlawed, history is controlled and censored by those in power, and the media is a dangerous and omnipresent distraction?
The idea behind Fahrenheit 451 is that that the more you know the less the society can progress. By keeping everyone mediocre, brainwashed and entertained then you have a people you can mobilise. Ray Bradbury like all great artists simply reflected his time by writing a sci-fi novel that encapsulated a world where knowledge was portrayed as a bad thing where books were a stimulant for chaos.

“By keeping everyone mediocre, brainwashed and entertained then you have a people you can mobilise.”

We now have a President of the Free World Donald J. Trump attempting to resuscitate this idea, followed by a type of demagoguery not seen since the 1930s. His 1,628 false or misleading claims over 298 days in power and counting has made the world all the more anxious. His intention is that you should just listen to him only, hence controlling the conversation and creating a moral panic.
His cabinet insists on controlling the flow of information and handing out fake news awards to the most trusted newspapers on Earth such as The New York Times and the Washington Post; this has left institutions like the media battered and bruised.  This insistence on creating chaos out of fact and fiction reminds us of Adam Curtis’s portrayal of one the key leading figures in Vladimir Putin’s cabinet, Vladislav Surkov. It’s all part of the political theatre.

The remake of this film reminds us that everything we read and hear has the ability to steer us into an ideology. We must think for ourselves, we must exercise independent thought and always question authority. Do we want a society where our whims and desires are dictated by the powers that be without even realising it?

In the trailer you can see Michael Shannon, telling cadet fireman Guy Montag (Michael B. Jordan) about the dangers of books and why they have to be burned.  “News, facts, memoirs, internet of old — burn it.”
Maybe some of the information out there needs to be burned, maybe we need to choke the air out of these information channels clogged with fabrication. Do we need to adjudicate what is fake or real for the masses? It’s an extremely tricky question.
What remains true is that art will always be the greatest and truest reflection of the times we’re living in. Originally Ray Bradbury wrote Fahrenheit 451 out of concern for the erosion of faith in literature and the arts. 65 years later, this concern remains as vital today as it did back then.

This column was written by founding editor Ari Stein