If you haven’t noticed already the future health of our earth is at a crossroads. We are facing a raft of environmental crisis that threatens our way of life. From rising sea levels to warming oceans and out of control carbon emissions, decades from now we will be facing unparallel compromises to our lifestyle. You don’t need to search very hard to find evidence for this, that is unless you work in the cabinet of Donald J. Trump. 2018 was 4th hottest year on record, lakes are finding their way into alpine glaciers, and even ancient animal species are starting to reveal themselves through thawing permafrost. Something needs to change in our way of thinking.

Whilst new technologies are being developed to try and mitigate these dramatic effects: carbon sequestering, plastic magnets and fanciful geoengineering, the problem is that time is ticking, and we don’t have forever to implement these solutions. In response to this, a new generation of radicalism has emerged, from the movement Extinction Rebellion to the Gandhi styled icon, Greta Thunberg, forcing us to awaken the dormant activist gene in all of us. However, we are apathetic creatures by nature, and as much as the environmental community huff and puff about the environment, we continue our harmful way of life. That is why I think there is a novel solution to this: passing harsh laws with stiff penalties that curb environmental damage.

“We respond to laws, we don’t respond to mayors asking us to kindly dispose of our litter in the bin.”

The idea is that implementing hard-line laws could dramatically cut carbon emissions in a shorter amount of time. Limiting aviation travel, auto travel on certain days of the week, banning the unruly disposal of cigarette butts, regulating our diets, banning the usage of plastics, modified curriculums in classrooms across the country. Ideas that would worry policymakers, cause anxiety in our cities but loosen the noose on the future of the planet. 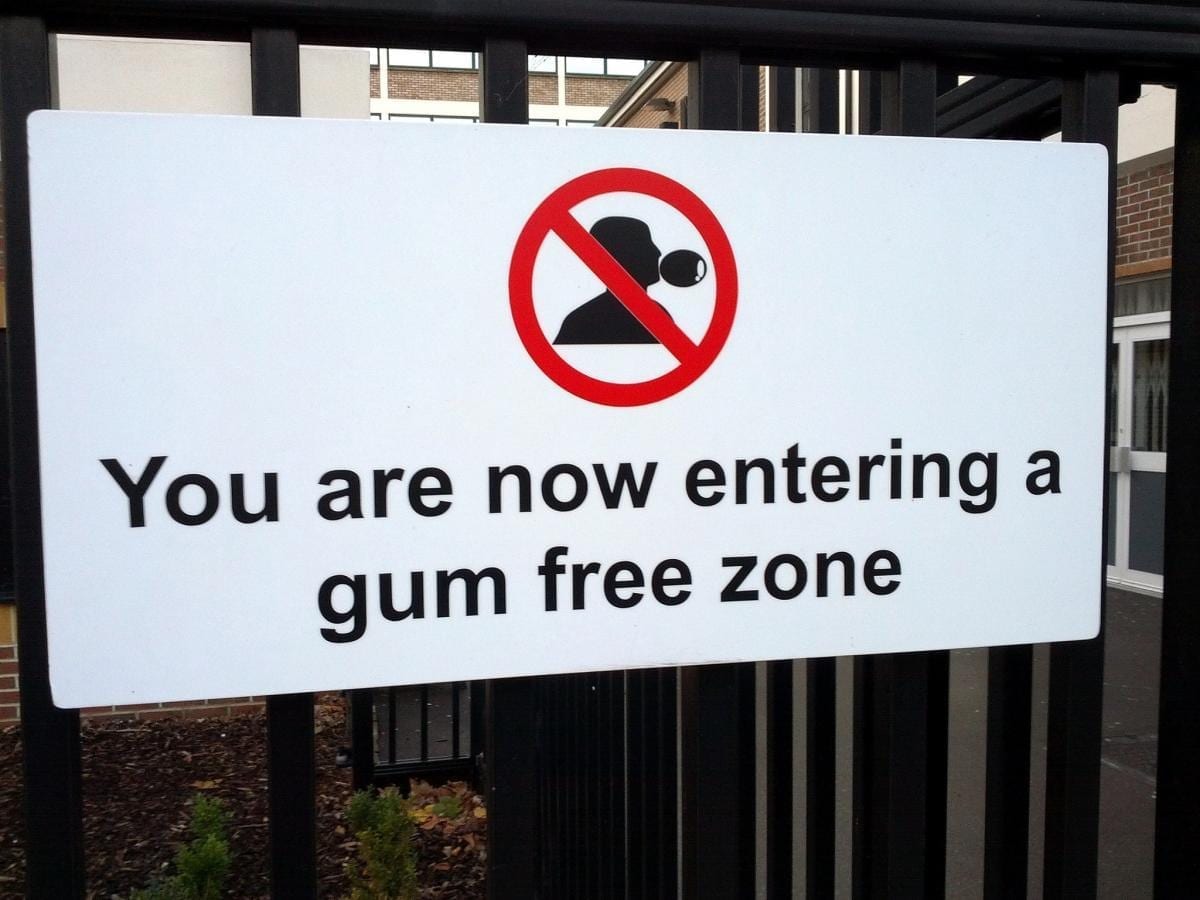 Singapore implemented a nationwide ban on gum in 1992, could other countries implement environmentally inspired laws?

Capitalism has given us the idea that we can plunder our home as much as we want without any consequences. An unbridled pace for change and industrialisation, the planet essentially can not keep up with our ambition. But could a regulated form of capitalism work for all of us? We respond to laws, we don’t respond to mayors kindly asking us to dispose of our litter in the bin. One of the biggest reasons for this apathy is that we have become hostages to the sustained attack by the environmental movement, they have been pushing us into their moral high ground for what feels like a lifetime. This is why as a society, we are waiting on our hands to be told what to do by our government.

“We are literally just waiting on our hands to be told what to do by our government.”

There are a ton of environmental laws on a local level we can wrestle with. Many environmentalists are increasingly in agreement that the best wat to fix the carbon emission problem is to plant trees, in fact, a lot of trees. It is estimated that we need around 1 trillion to cut an incredible 25% of carbon emissions out of our atmosphere. The systematic clearing of land across the earth for agricultural purposes is having an enormous destabilizing effect on the climate. There is more than enough space on earth to carry this mammoth task out, take a page out of Bhutan’s book, recently, an incredible 49,000 trees were planted in one hour by a group of 100 volunteers breaking Guinness World records. Imagine if everyone on a given day was forced by law to do the same. We are forced to pay taxes, to vote, to pay road tolls. Why not a day out of our lives to help save our home?

When a law was passed in Singapore in 1992 that you can’t throw gum away on the street, from one day to the next, gum was banned. Punishable by imprisonment or stiff fines. You don’t see it anywhere that is unless you chew nicotine gum.
Effective municipal laws are possible and could inspire bold action and realignment of our priorities. In Costa Rica, they just signed into their constitution a new federal law banning the use of all styrofoam, the government announced they would become the first plastic-free and carbon-free country in the world by 2021. They already have the lowest environmental impact across Latin America.

But one of the worse contributors to the environment is the unsightly cigarette butt, some 4.5 trillion cigarette butts are tossed out around the world each year. Discarded they release toxins into the environment from nicotine to formaldehyde and the filters are made of a kind of plastic that will persist in the environment for years, possibly decades. They not only ruin the environment but also hamper tree growth as well. I see it every day, time and time again apathetic civilians just throwing away their cigarette buts. What if we gave jail sentences of 1 week to people who throw their buts away or fines of thousands. Harsh, but would we end up with jail cells full of offenders? Even in Singapore, it is a rarity for someone to be jailed for throwing gum away.

However, as we know these issues are a lot more complex than just passing black and white laws. There are ramifications and economic detriment which usually follows. Questions such as where and how do we apply these laws are all important? As well as how should we treat the developing world in this context, in contrast, are all moral dilemmas to wrestle with.
Zachary Wendling who works as an associate at the Yale Center for Environmental Law and Policy told me, “We live in a constrained world where there are only so many jail cells, so many police and time in the courts, getting attention from policymakers to think about this is a much harder push to come up with these ideas, what we should be doing is putting people onto lifestyles where their impact is low.” 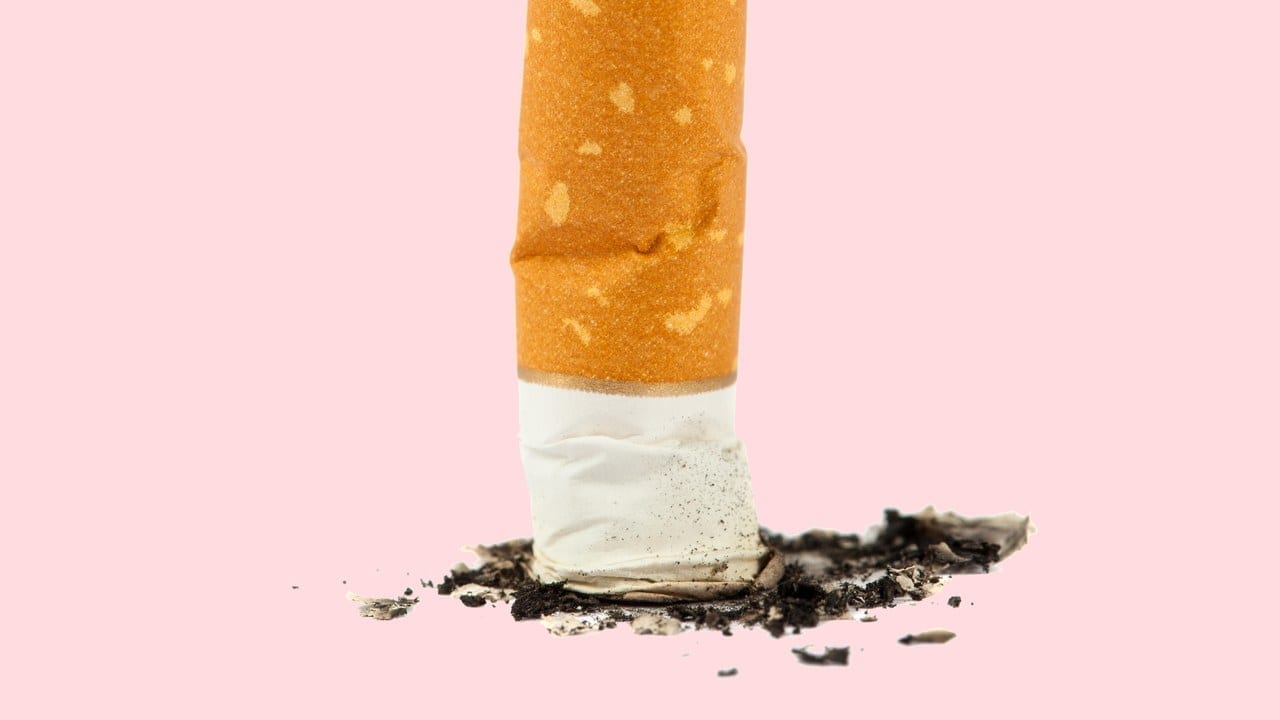 When I asked him what law he would like to see passed he told me, “There are massive advantages to ridding the cities of land use regulations that inhibit dense development, it would be enormously beneficial to see these policies changed. Pushing people further out to the countryside because of high property prices will have increasingly harmful effects on biodiversity. If you live in a denser environment, there are more co-benefits and less reliance on solo transportation.” Will we soon see a law that forces people to migrate to the city? If we don’t start passing stiffer laws that help clean the environment we will pay the price.

There is a litany of international treaties and agreements worldwide that try and keep countries accountable, most of these agreements are based on the damage of just 100 companies responsible for 71% of global emissions. But with cities growing at an unprecedented pace, it might help to think about what stiff penalties and laws we could enact to slow down the environmental catastrophe we are witnessing in these crowded hubs. These laws would affect our mobility, our climate of happiness, but we would adjust, we are incredibly innovative creatures. If we have to go back to the horse and cart age for a while then so be it. I walk everywhere anyway.