“I love the Ted Talks,” said one friend to the other. “Yes, I find it so fascinating, so enlightening.” said another guest at the dinner party.  For almost 15 years we’ve been watching these 8-10 minute motivational, educational, aspirational videos by some of the world’s biggest celebrities, entrepreneurs and politicians from Steve Jobs to Bono to Al Gore. TED talks have become the visual encyclopaedia of the world’s problems, a way to keep a finger on the pulse, an index of who we are as a species.

Time after time we witness noble figures grace the signature red circle with hands shoulder-width apart, articulating the urgent issues that need our attention.  But what if TED talks have done more to damage our empathy and intellect than we think?  What if rather than raising money we applaud, rather than challenge or respond we praise, rather than starting a movement we click next when we’re done.

“We’ve created a new language, one which has allowed for a hollow embrace of the world’s most pressing problems.”

Underneath all that lyrical waxing and wonder lies something more sinister. We’ve created a new language, one which has allowed for a hollow embrace of the world’s most pressing problems. These talks lure you in, like sugar highs, fascinating on so many levels exposing you to important problems, but you end up skipping from one talk to another feeling empty. In one afternoon I move from Mary Robinson’s “Why climate change is a threat to human rights” to Stewart Brand’s “What squatter cities can teach us” seamlessly with a complex mix of empathy, guilt and frustration.

These talks are surface driven and I feel worse after listening to them than before. I feel dirty for pressing the play button as I peer at another problem without actually committing to anything.

There is no doubt TED talks are a global phenomenon. Since their arrival there have been 2,500 talks uploaded to the web, which have racked up some 4bn views worldwide, and the TEDx spin-off has hosted 15,000 events around the globe.
Starting out in 1984 in Monterey, California it rebooted as an annual event in 1990 then Chris Anderson took over in 2001, but its breakthrough didn’t come until the invention of YouTube in 2005. With the rise of on-demand videos, TED talks have become the equivalent of a big McDonald’s Golden Arch sign on a highway, practically an eyesore, every fifth or sixth video you watch on Blockchain, gene editing or politics, a TED talk is thrown into your recommendation algorithm for good measure. For god’s sake, how did they infest YouTube so deeply?

I enjoy TED talks on some levels, amongst its glut of content there are pearls of wisdom, for example, most people would recommend Sir Ken Robinson’s talk “How Schools Kill Creativity” as by far the most illuminating, hilarious and insightful of the TED talk genre and it is. Then there is “Fireflies” by Sara Lewis, a masterclass on nature, beauty, and an insight into a rare and incredible species.  Ron Finley’s “A guerilla gardener in South Central LA” is every bit as brilliant as the title, or Jaron Lanier’s disturbing and resounding call to arms,  “How we need to remake the internet”.  All insightful interpretations of problems we face with strong undertones of social impact but in large part, the brand has been sullied by an airhead discourse. 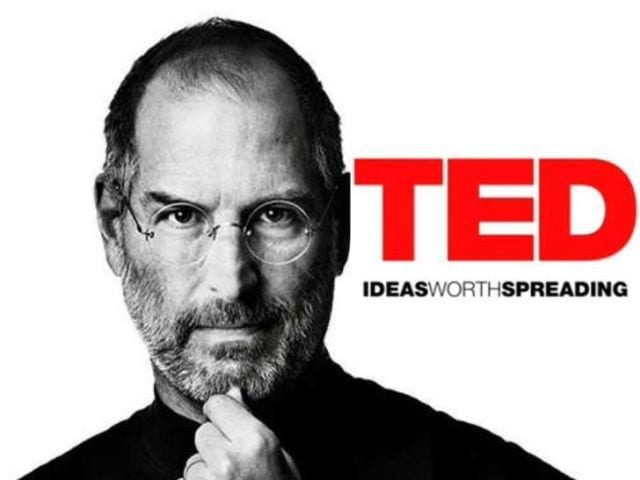 It’s safe to say that TED has enjoyed immense success from what Peter Bradshaw of Esquire calls intellectual flatulence or moral masturbation. But at what cost? We assemble in what appear to be miniature World Economic Forums all over the world in numbers of 200 to 1000 tripping over ourselves to hear words of polished wisdom.
This noblest of aspirations is overheard frequently. “Oh, I just did a TED talk.” Yeah? I whisper in my head, “So did my neighbour mate, so did the guy down the road and his dog.” Until I say to them “Was it a TEDx? or a Global TED?” And they murmur ever so slightly “….a TED X”, yeah that’s what I thought.

“I just did a TED talk.” Oh yeah? I whisper in my head, “So did my neighbour mate, so did the guy down the road and his dog.” Until I say to them “Was it a TEDx? or a Global TED?”

It’s become the equivalent of getting an Ivy League school onto your CV.  Proof that you’ve enlightened the world and yourself in the process.  At last they can name a section in the bookstore after you. Now whenever anyone gives a talk they slow their speech down to 0.5X of their normal speed, and without using a keynote spew their aspirations over everyone. Anyone that starts a public speech these days begins it with, “Did you know?” or ” Yesterday, I had an epiphany”.  Like gentrified intellectual robots waiting for a green light to speak. There is no diversity or or conflict in this intellectual world, no immunity from this pillow talk, just an acceptance that all you need to change the world is 8 minutes and a well rehearsed monologue.

As Peter rightly points out, “TED is apolitical, non-controversial” it has no dirt underneath its fingernails, no grit, I only feel sadness or a high when watching a TED talk never rage or confusion or desperation. When I watch a TED talk, I feel the echoed winds of Bob Geldof’s Band Aid music video “We Are The World” around me, swaying with everyone in there amidst a chorus of clapping.
As soon as you’ve finished listening to the ten in a row you’ve been recommended on YouTube, you’ll end up adopting a child from Malawi.  Now everyone wants to sound like Nelson Mandela parting the sea or look like Malcolm Gladwell with frayed hair.

I think we can safely say we’ve had enough of these eye gouging inspirational talks, such as why my watercress turned into an elephant or how did my fingerprints end up on Pluto, now it’s just become overkill. Someone needs to tell Chris Anderson and his colleagues to dismantle that red stage and mute that irky thumping tune that accompanies every speaker’s entrance, which by the way sounds like the Windows startup sound back in the 90s but reversed.

Having said that if you want to see some real TED diversity and a little bit of TED humbling by one of the best comedians out there, Reggie Yates then check this out, it’s brilliant and sums up my argument better than I ever could. TED – Ideas Worth Spreading. At least this one is.