Following up on his highly acclaimed 2014 prison drama Starred Up, British director David Mackenzie brings us Hell Or High Water, a deft portrayal of political and moral divisions of contemporary America disguised as pure entertainment.

The film tells the story of two brothers (Chris Pine and Ben Foster) conducting a series of bank robberies while evading Jeff Bridges’ perfectly imagined Texan ranger Marcus. The success of Hell Or High Water lies in its ability to brilliantly walk the line between heist flick and social satire. It’s a film that hits deep at a collective sentiment of modern America, one of anger and betrayal at the greed and callousness of its government and corporations.

We sat down with David Mackenzie to talk about the themes that inspired the film, and why audiences never tire of outlaw heroes.

How long had the idea for this film been sitting in your mind?

It’s based on a script by Taylor Sheridan. I read that script and connected with it. I had also spent a bit of time in West Texas a few years ago in this territory where they shot Giant, I think also where they shot There Will Be Blood. You could feel that atmosphere there and I wanted to make a film in that place.

What was it like to work with the man himself, Jeff Bridges?

It was a great experience as you can imagine. Everything I would have hoped for and much more. Not only is he incredibly talented and very creative, he’s also really good fun, very approachable, very generous and just so cool to hang out with. We always had a party at the weekends and he would come along with Gil Birmingham and they would both jam on the guitars and generally both be great fun to be around.

The themes you explore in Hell Or High Water are very pertinent right now. You’re presenting this tale about two brothers who feel like they’re being screwed over by the system and then essentially acting like heroes for the society that they’re living in. How overt did you want to make those themes?

It’s always a juggle. Half of the film is a genre film about cops and robbers, with a western element to it, and it should be a straightforward enjoyable experience. But all the undercurrents of the film are about the fault lines of modern America. The skill is in not sledgehammering those points in but trying to let them be there, and walking the line between entertainment and politics. I hope we found the sweet spot between and fun genre movie and some kind of social commentary.

30 years ago if you did a film about bank robbers it might be just that, but these days, as you pointed out, you’re talking about the fault lines of America. People are really fascinated by these themes and confused about politics in America at the moment. There seems to be a very simple idea in the film of, “this system fucked me and I want to take revenge.” There’s a sense of the restoring of moral order.

There’s this word dispossession which comes into my mind, not just in relation to the individual characters, but the whole world of the film feels to me to be dispossessed. I think that is a theme that runs through America and Britain too. Globalisation is part of it. There’s this idea that the machine has run out of control and everyone has lost faith in that notion of justice that used to be seen as some kind of sacred thing.

People feel angry, and so the notion of taking something into your own hands doesn’t feel quite so unsympathetic as it did maybe 30 years ago. Having said that, the outlaw ballads run from Robin Hood to Pretty Boy Floyd and those depression era gangsters who were trying to make something from bad circumstances. The system was at fault even then and the individual outlaws, although they were doing bad things, were in some ways more just than the system. 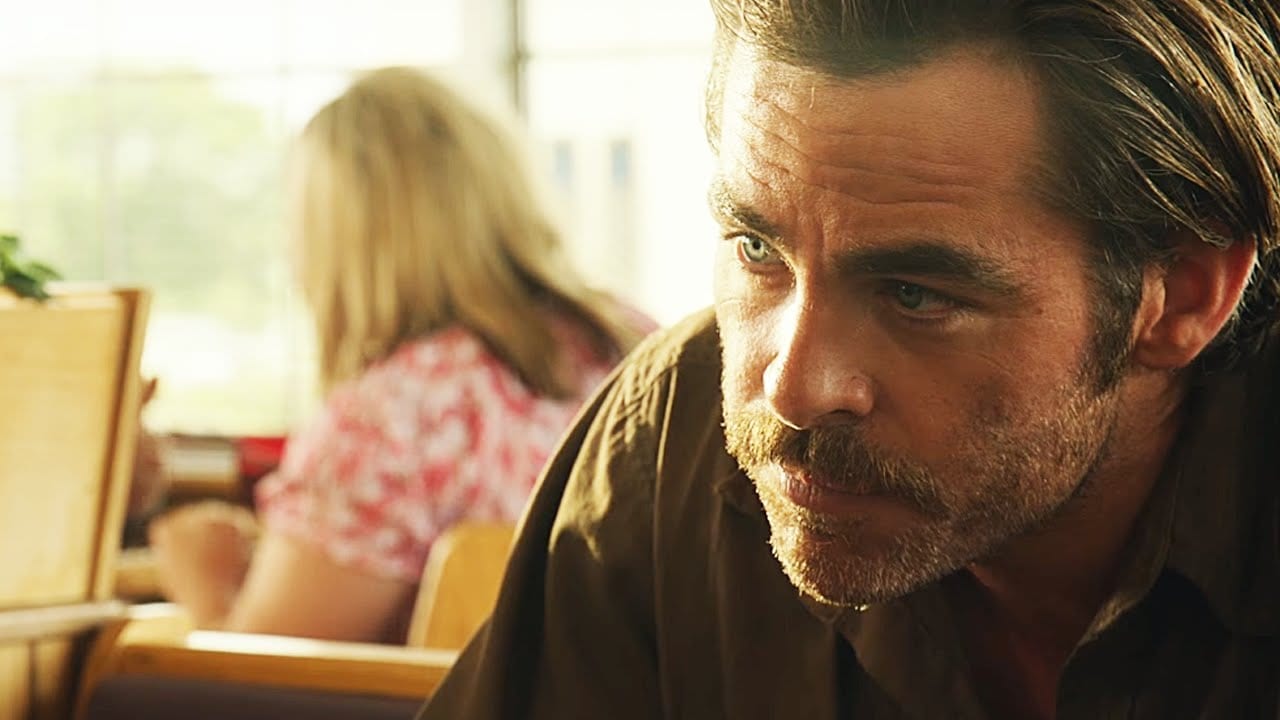 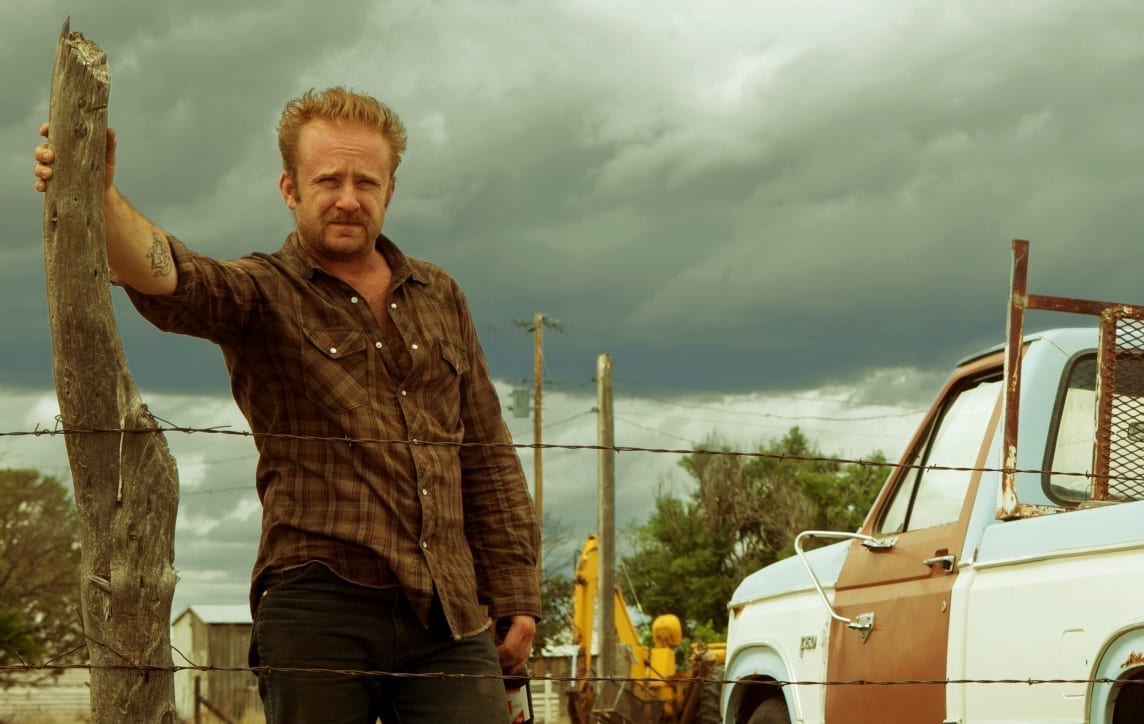 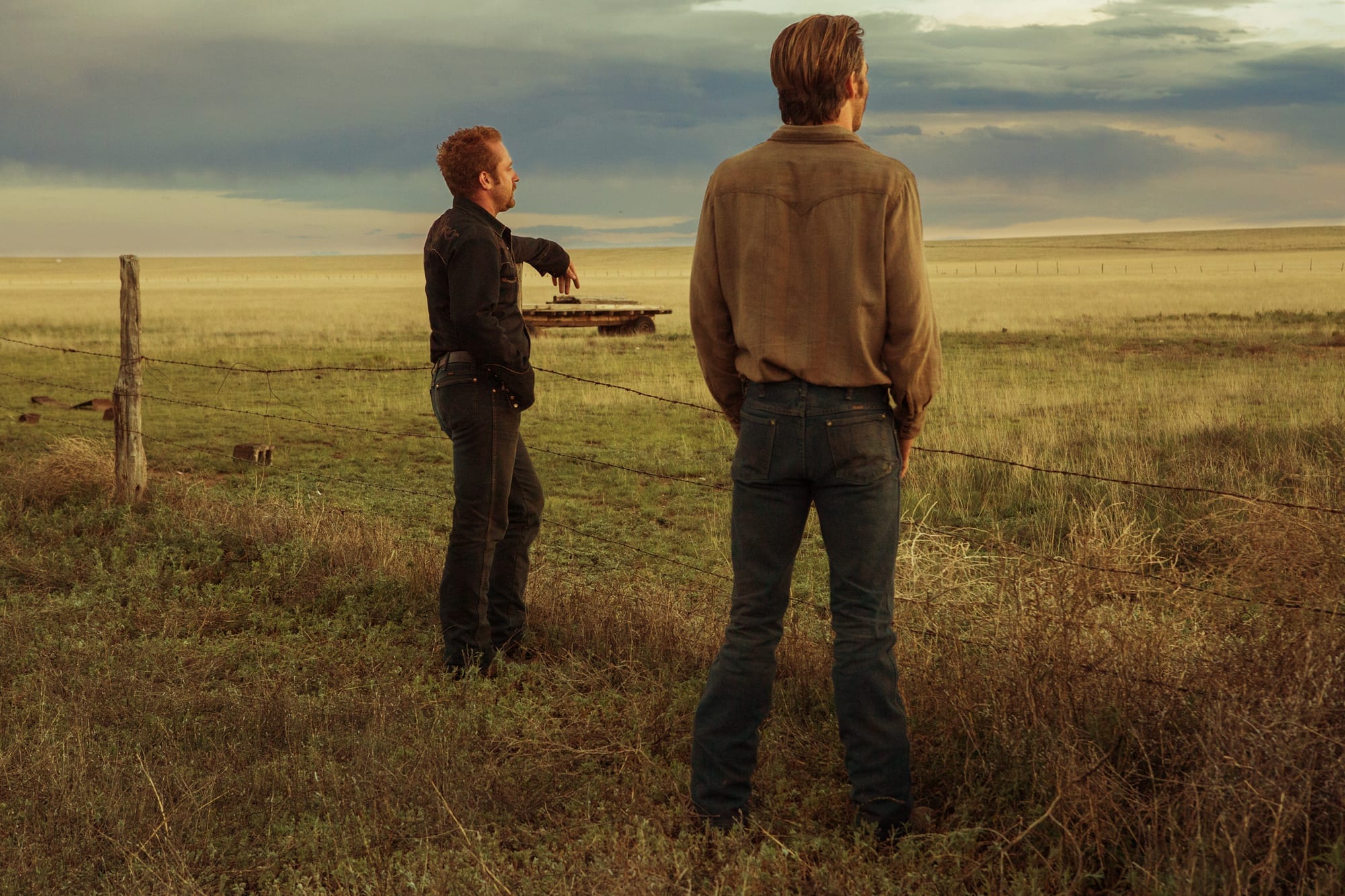 I loved the part played by Ben Foster in the film. He’s a dark and screwed up guy, but bizarrely you’re rooting for him.

Exactly, and he embraced that. He’s a bad boy that you feel something for him. I think what Ben has done in the film is wonderful.
We had to shoot very quickly with Ben and Chris Pine, but they were my buddies and we just messed about together. There was a looseness and a sense of chaos both in the way we worked together and in the characters, and I’m very proud of that.

Another thing that tied into the movie were ideas around immigration. Was that a deliberate effort?

Yeah, in a sense the film is about old Americans and new Americans. We tend to think of America as being an immigrant country and forget that old America was there when the first waves of Europeans arrived. It’s set in the land where the Comanche people lived in Texas. 150 years ago that was their land, and 150 years doesn’t seem very long.

What were you reading and watching to inspire you while making this film?

I was reading a little bit about the West but to be honest not very much because we had a very short period of prep. I was listening to a lot of country music. Not all of the stuff we listened to made it into the film, but Ben particularly was introducing us to all sorts of new stuff. There was a country vibe to the film.

I wasn’t watching very much but in the back of my mind I had a lot of these great films from the 1970’s that are a part of the DNA of the film. Fat City, Thunderbolt and Lightfoot, and The Last Picture Show, all of which star a very young Jeff Bridges. So it’s very nice to be able to work with Jeff several decades later and try to channel some of the energy of those films.

Hell or High Water opens in cinemas this Friday