As we look further into the abyss that is tomorrow, the disruptions moving toward us are happening quicker than ever before. Whether it comes from technology, science, politics or the economy, systems within our society seem not only more fragile than ever, but are transforming at a dizzying pace. How do I know this? Just head to the aisles of non-fiction sections in bookstores these days, you’re in for a surprise.

The Guardian recently wrote a piece around this phenomenon, in which they described the demand for non-fiction to have risen 10% alone in 2017, they echoed a sentiment far reaching across the world “We’re living in a world that suddenly seems less certain than it did even two years ago. Serious works of nonfiction are a response to the spirit of the age.”

A by-product of all of this uncertainty is the rise in popularity of the futurist profession; it’s big business. A fringe part of the expert culture that earns a living out of predicting how our society will transform over the coming decades.
A simple Google search for the term futurist will illicit almost 30 million results, not to mention a random smattering of hits, 7 Top Futurists Make Some Pretty Surprising Predictions About What will Come Next or How to Think Like a Futurist, just head to LinkedIn where over 12,000 people have the word futurist as part of their title.

The most famous of these futurists is Ray Kurzweil, A Google executive who in the last few years has built a name around his idea of singularity – a time in the near future when humans will transcend biology. In fact, by 2045 he claims we will all turn into blobs. Not everyone is impressed with these futurists, erudite philosophers like Nicholas Nassim Taleb call them charlatans and says that they pray on us being “suckers for the sophisticated.” 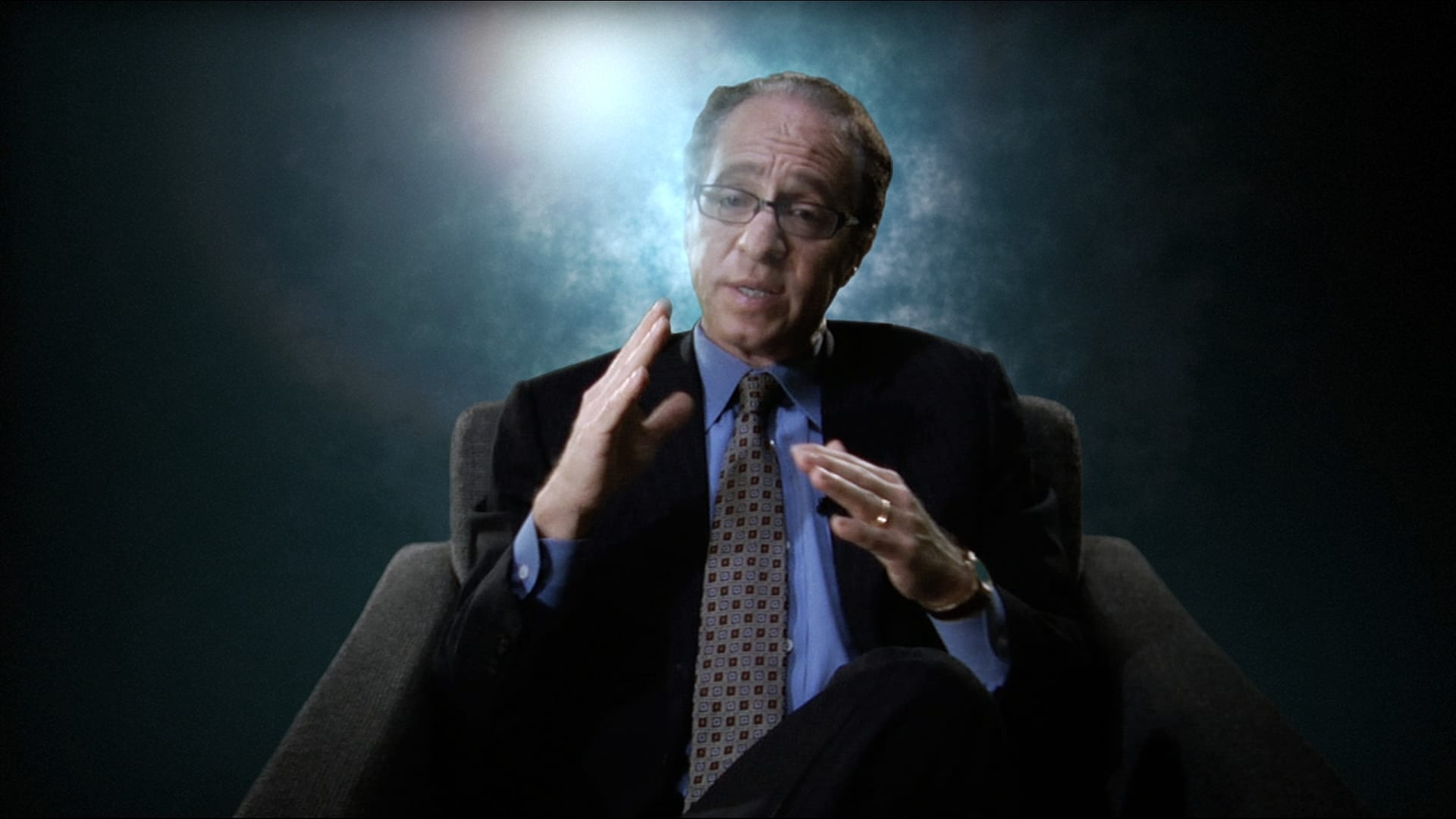 But capitalising on all of this vulnerability has become an economy in itself. There’s a reason why the amount of peer-reviewed research articles published has grown to well over two million a year. Why the leading three consultancy firms Bain, BCG and McKinsey have seen years of double-digit growth despite the global economic gloom. And why the demand for number crunchers called big data experts has risen 78% over the last year. People want answers and fast.

“Experts, futurists and consultants still think very much in siloed domains, operating on the tiny sector-specific knowledge that they possess.”

The demand to understand these larger tectonic shifts in society such as climate change, crumbling democracies, technology runaway trains, roller coaster economies and security issues are being met by a largely fragmented approach. Experts, futurists and consultants still think very much in siloed domains, operating on the tiny sector-specific knowledge that they possess. An interdisciplinary consultant is a rare species indeed. 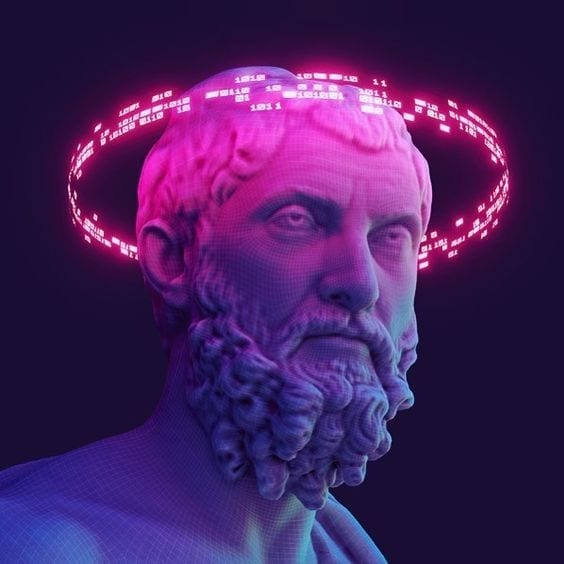 What if the changes we see are emanating from something much deeper than just a narrow subset of worldviews? What if there are a series of tectonic plates shifting we cannot see moving us in a particular direction informing our opinions? What if there is no vocabulary to define the age we live in at all?

We have to accept the possibility that we don’t know the answers, that we are at the beginning of a giant wave of changes that we can’t explain that are predetermining who we are and how we live. Untangling this web of complexity seems like an inhumanly impossible task, there is no way to find our way back to the point of origin where everything magically seems ordered and explainable.

“What if there is no vocabulary to define the age we live in at all?”

To live in a future where there are no plausible explanations, just more questions one has to be more accepting and embrace the unpredictability of our society. Nature has done it for billions of years and managed to survive intact, in fact even flourish. We can’t even define most of our universe which is supposedly an invisible form of matter occupying ninety-nine per cent of the universe called dark matter how are we to explain our systems on earth.

Auto electric cars, machine intelligence, bots, cyber hacking, algorithms we don’t understand, devices talking about us behind our back will all change the way we look at control and acceptance. Systems manipulating us without our authorization accelerates all of this, something Cathy O’Neil talks at lengths about.
Our lives will be influenced in ways that we won’t even notice let alone challenge. But they will happen alongside many other disruptions and innovations and our threshold for anxiety will have to lower if we are to get comfortable with it. Something I think about a lot when millions of us argue back and forth on social media.

One way we are dealing with all of this uncertainty is with stories, for those that don’t like uncertainty, these are the best technology we have.

Stories and data are continually being used for popular effect to explain the world around us look at the narratives of Brexit & Trump. As Laurence Scott, the award-winning writer behind his latest book Picnic Comma Lightning tells us, “Stories are always one spotlight in a certain aspect of a reality which leaves everything else in the dark. That vast space that we can’t label we find very hard to talk about.”

But politicians avoid that vast space like the plague instead manipulating those ‘dark’ forces and using them for their own gain. Xi Jinping reassures his people with unlimited terms in office, Putin has transformed himself into He-Man of sorts, and Donald Trump wants to make America great again.

Within this people are finding it increasingly difficult to explain their feelings about this vast space. And it’s increasing the mental health burden globally. In fact, the WHO says that by 2030 the global cost of mental health will rise from, from $2.5 trillion in 2010 to $6 trillion by 2030.  Health issues related to unpredictability and complexity of our age will surge in the next decade, and it’s important we find a way to accept the turbulence of it all, meditation practice could be one useful tool.

“People are finding it increasingly difficult to explain their feelings about this vast space. And it’s increasing the mental health burden globally.”

In my time interviewing some of the world’s greatest thinkers, I’ve concluded that no one person has all the answers. If they did, they wouldn’t be human. That’s why philosophy was created to deal with this uncertainty, the vast space we don’t understand, where we can ask all the questions we like.

Only now, those questions come with a sense of urgency but whatever the story, whatever the direction or disruption we face, it would make sense to recall one of philosophies oldest kernels of truth from Socrates, “The only true wisdom is knowing you know nothing.”