Pop culture seems to have an obsession with cannibalism as of late. Whether it’s a zombie tv show like The Walking Dead or a hipster cannibal coming of age film like Raw, there is something deep within our nature which finds the act deeply horrific but at the same time we’re confronted with a ‘can’t look away’ attitude. So what is it about this unnatural act that deeply intrigues us? One American author Bill Schutt documented the history of this blood curdling taboo in his latest book, Cannibalism: A Perfectly Natural History. We sat down with Bill for a chat to ask him why the human species and the natural world seem to have such different perspectives on this.

Since the time of the ancient Greeks we have got the word through the Romans and Shakespeare and Daniel Defoe and Freud, through everyone, that cannibalism is the ultimate taboo. For Shakespeare it was the ultimate form of vengeance and for the Greeks this was the sort of thing that the ‘others’ would do – the monsters and the non-civilised. So that is our reaction, but in reality there are two other things going on that I spent a lot of time working on and that is, there is cannibalism that occurs across thousands of species in the animal kingdom that has nothing to do with criminal acts or running out of food, and by the same token there are aspects of cannibalism in humans like ritual cannibalism and in cultures where they never got the message that this is the worst thing that you can do to another person.
So culture is king; you develop your own rituals and rights depending on what you believe. There are all these other examples, like medicinal cannibalism, that had nothing to do with guys stranded on a mountain or Jeffrey Dahmer and the types of violent criminal acts that most people think about.

“When you’re at the most extreme stages of starvation, then whatever you were brought up to believe, goes out the window.”

Bill Schutt on the personal ethics of cannibalism

One of the interesting things that came up in this research, that you talk about in the book, is that females cannibalise more often than males in nature.

You know, I think that’s more of a size thing. When I talk about it in the book it is in a chapter called ‘Size Matters’. If you look at nature, most people think about black widow spiders and preying mantises, and in both of those instances the females are larger than the males and some cannibalism occurs but it is probably less than what we think. But scientists who have done work on this have also shown that in instances where the male is larger than the female it’s the other way around, and this is more rare.

But I think it is more of a size thing, and that goes with who gets cannibalised most, which is the young, like larvae and hatchlings. It’s not always the females who are the cannibals. 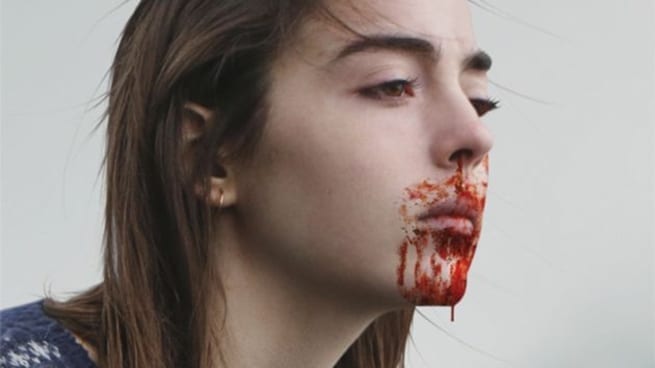 Still from the 2016 French film Raw

So what is actually happening with the divide between the animal kingdom and humans – as much as I don’t want to differentiate between the two because we are all part of the same natural world. We seem to have this very different view of cannibalism as more of a survival thing as opposed to in nature it just being a part of existence rather than a last resort. Is that how you would sum up that divide?

I think the major difference between humans and animals is that we have this veneer of culture that dictates whether something is right or wrong, and there is nothing like that in the animal kingdom. When you are at the most extreme stages of starvation, then all culture and all laws, whatever you were brought up to believe, go out the window.

So until that point, many of us in the West have what is called a ‘governor switch’, something that keeps us from certain behaviours. Animals just don’t have that, they do whatever is natural to them, whether that is cannibalism as parental care or foraging their own eggs because there is a million of them so it’s not like, ‘oh this is Tony and that one’s Jane’, it’s more like, ‘oh, here’s a handful of raisins’.

When you get into the mammals, there are less of the young so there is more parental care therefore less cannibalism and more social interaction with a smaller number of young that you devote time to. There are some differences but I think most of those come down to the fact that we have these grey areas because of our culture. 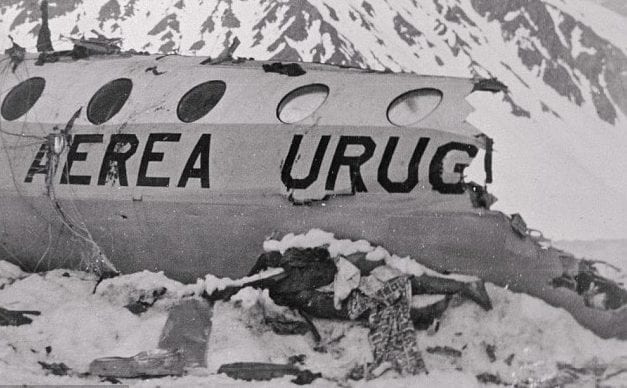 The Uruguayan Air Force Flight 571 where survivors turned to cannibalism

There’s this interesting example that comes up with an imperial edict laid down in the early BC by the Chinese saying that it was ok to trade children so that they could be consumed by non-relatives.

First of all, there were famines across the world where people were forced into that type of situation. What popped up at me, and what I really have to emphasize, is that I’m sure this happened elsewhere, but the Chinese were so good at keeping records – their dynastic histories are impeccable so you can go back and look at all of this stuff, whereas in other cultures it may or may not have happened, but you don’t have that record to go back to.

So once again, I fall back to the stance that these are cultures that were not told from day one because of their ancient writings, that cannibalism was the worst thing that you could do. It was only relatively recently that they were influenced by the West and all the western taboos. When you get into a famine situation – and unfortunately we are seeing the same kind of thing even today.

Is it happening today?

I’m not saying that it is literally happening today, but when you are in the last stages of starvation, your body is literally eating itself and breaking down the proteins into amino acids, then breaking those amino acids down to free up glucose so you can get ATP. Now this is what your body requires, and if it doesn’t get that as an input through nutrition, as a last resort it tears the body down. This is why people have that starved, gaunt look, because their own structural proteins in their body have been cannibalised in a sense. When you get into that stage you are either going to die or if there is a body there, you might eat it.

I think the million dollar question that people might be too afraid to ask is what actually happens to you when you eat another person? There are a lot of wild theories like it makes you crazy but does anything actually happen or is it just the same as eating any other meat?

Absolutely. There is a negative out there about consuming other humans, which was proved by anthropologists in the 1950s in New Guinea where they showed this group called the Fore that cannibalised their own dead as a funerary right and that if the dead person suffered from this terrible neurological disease called Kuru, then it could be passed on to the person eating the flesh. So there are negatives to cannibalism, that probably being the main one.

But if you were just to eat a person who did not suffer from this disease, like the famous story of the guys up in the Andes, the Uruguayan rugby team, none of those people were infected with this disease so there was nothing that would make the survivors go crazy apart from any psychological effects, but the meat itself is no different.

“Anthropologists in the 1950s in New Guinea showed that this group called the Fore had cannibalised their own dead as a funerary right and that if the dead person suffered from this terrible neurological disease called Kuru, then it could be passed on to the person eating the flesh.”

You tried a human placenta if I’m right?

I was researching what has been a very popular practice throughout Europe in the last few hundred years, medicinal cannibalism, and probably the last vestige of that is to consume the placenta. A very small group of people think of this as an alternative form of medicine, so they think that by consuming the placenta after giving birth, it can smooth out the hormonal ups and downs like post-partum depression. And so I was writing about that and a researcher up in Buffalo put me in touch with a woman who did this for a living, who would take her clients’ placentas and prepare them in various different ways like tinctures, smoothies or powdered up in capsules.

My semester had just started so I figured I would talk to her on the phone or email her but she said, ‘Oh that’s too bad because I just had a baby and we’ve got my placenta in the freezer. My husband is a chef so he can cook it up any way you want it.’ Now I’m thinking to myself if I’m writing a book about cannibalism – and like I said, if you look at the book I’m not writing a textbook here – so 10 years from now if I look back and know I had the chance to eat placenta and I didn’t, I would be kicking myself in the behind. So I bought a ticket down to Dallas and went down there, and her husband prepared it in a very palatable way, you know when you are steaming up fresh vegetables and some red wine it smells great and he threw in a couple of small pieces of his wife’s placenta and that was that.
It’s not something I would ever do again because there is no reason to, but I got a chance to experience it and I figured I’d take that chance.