In a world where fashion houses feel more like revolving doors these days with star designers, Kim Jones’s tenure at Louis Vuitton seems like an eternity.

After seven years at the helm of one of the worlds biggest luxury fashion houses, the iconic 38-year-old designer is seeking out new horizons. He’s begun a new chapter as the creative director of Dior succeeding Kris Van Assche. Whilst we wait his first anticipated collection to be released in June. Check out a sneak peek via David Beckham’s appearance at the Royal Wedding.

He’s gone and designed a brilliant standout capsule collection for NikeLab and retail icons Dover Street Market. The collection which coincides with the imminent World Cup reinforces Jones’s evolving discussion between streetwear and high-end fashion. It’s a casual and detailed athletic collection that will no doubt have apparel enthusiasts in a frenzy.

We take a moment out of his incredibly hectic schedule to talk to Jones about his conservation efforts, his own legacy and why he believes James Dean was the first real sportswear icon. 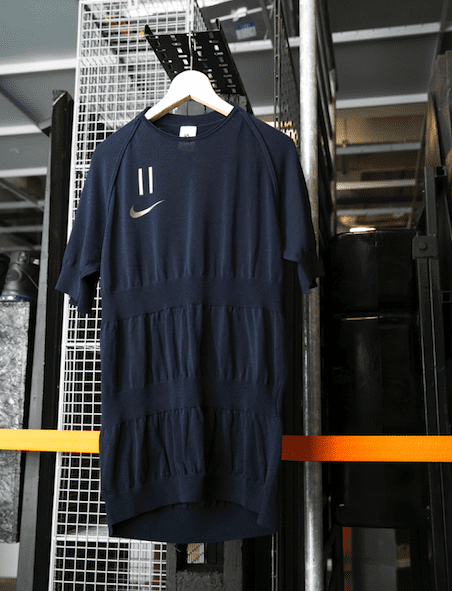 This is the dawn of a new era. As you were at Louis Vuitton for 7 years, so how does this new chapter feel?
It’s really nice to have a change and do something different. For me, that is always exciting. It just felt like the right time. I’m really proud of what I did, and it was a really amazing experience.

Do you feel like it’s an inscription on your legacy?
Yeah, I think so. I think I did something good and it’s changed the way people think about fashion and menswear and lots of different things. It was commercially extremely successful as well as critically acclaimed.
So you have people that love it and you have people that hate it but there were more lovers than haters and that’s always a good thing.

You’re always going to have haters aren’t you?

Yeah and if people are buying it that makes me feel good as well.

So, you’ve been a fan of Nike for quite some time.

Yes, since I was a kid. I think most guys I know have been. It’s just always been something that’s been on my radar. 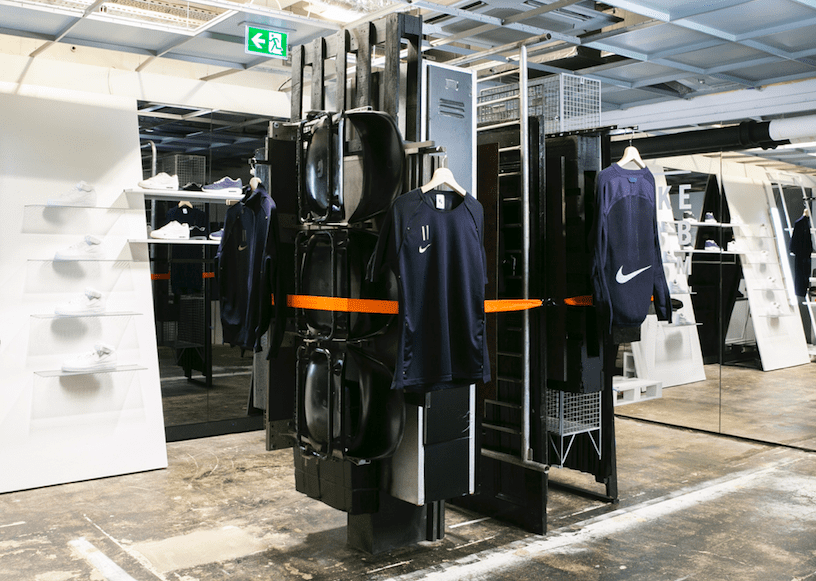 “There were more lovers than haters and that’s always a good thing.”
On his time at Louis Vuitton

What do you feel like you bought, maybe from your experience at Louis Vuitton, in terms of luxury into this?
I wouldn’t say it’s luxury, because you put your different thinking cap on so to speak and it’s a different challenge. The shoe we did this time was with three of my favourite shoes combined into one. So it was part of the Footscape, part of an Air Max 97 and then a Vandal as well. So it’s mashing them up together to make a different hybrid of the shoe which then looks very modern.

Did they give you a certain amount of freedom?

Yeah. There’s a loose brief but it’s not difficult. I like working to a brief, I like constraints.

I know that nature and travelling are two big things for you. So how did those two things inform your overall work?

That wasn’t really about nature. It was really looking at the sportswear thing with this,  but I love travelling, I love seeing things and nature is something that I grew up around because I spent a lot of time in Africa.

Yeah in Botswana, Kenya, Ethiopia, lots of different places. You see all this stuff and it makes a massive impact on your life. I do a lot of conservation work in my personal life.

Do you? What does that entail?

There’s a certain monkey, a Douc Langur, which I support the people in the community to protect as there’s only 500 left. I work with pangolin conservation groups and different things like that. Things that are really endangered and animals where there are less than 500 of them in the world, I work with supporting them. 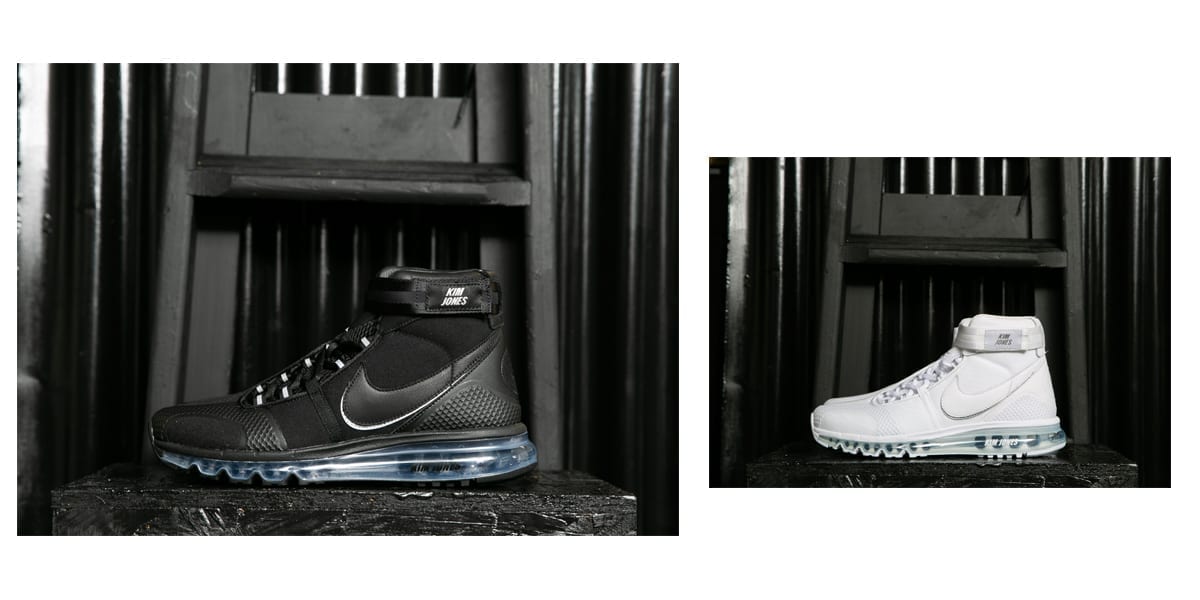 It’s interesting, we did an interview with Marc Newson the designer and one of the things he told us is he doesn’t want to be known as a brand and he wants his work to speak for itself. Is that partly how you feel to a certain point?
For me, I like to keep myself to myself and my work is work and it’s not really about me it’s about the brand that I work for.

Because you seem to have kept to yourself.
I try to. I fucked it up when I did that catwalk with Kate and Naomi.

And this collaboration you’re doing also represents a larger discussion going on between luxury or high fashion and sportswear. It is a continuing discussion, isn’t it?

If you look at how everyone is dressed around us, it’s just how things are now. It’s a way that things have changed. 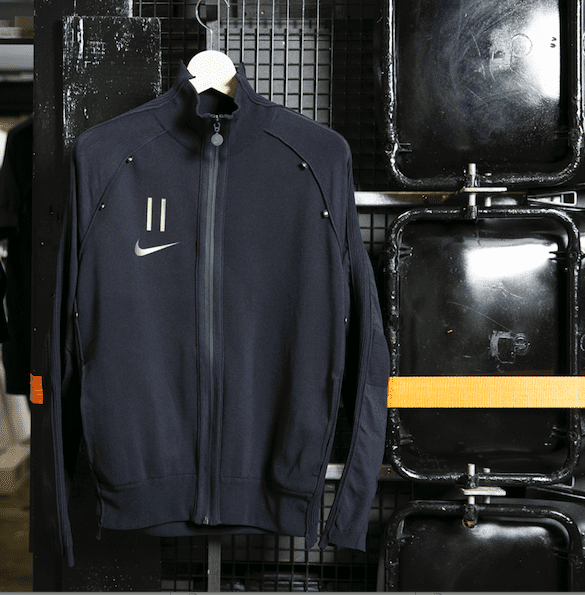 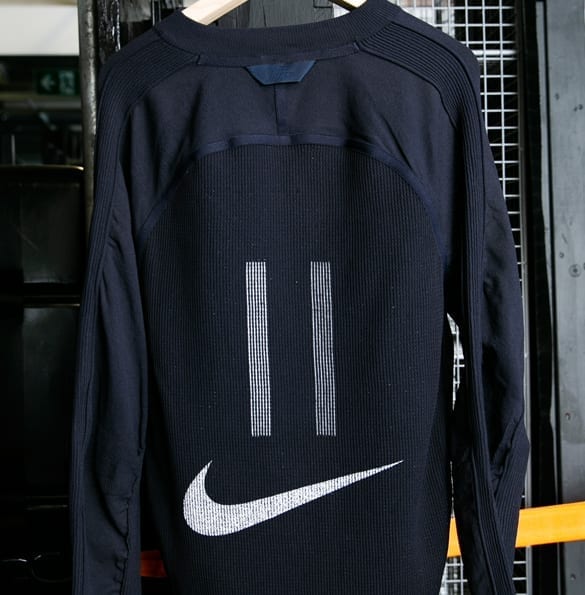 Do you see that continuing?
Yeah. I think it’s just going to get more and more like that, I can’t see how it’s going to revert to anything else. Because most of the technology and fabrics in fashion come through sportswear, it’s the most technical part so it’s natural that there’s progression towards it.

If you think about James Dean in the 50s in a pair of jeans and a T-shirt that was the start of sportswear. You just go back to that American sort of dressing and it’s globalised now.

What are your cultural references in terms of books, films and music?

Anything. I look at everything. No stone unturned is what I’d say about me.

There must be things you highlight?

It really depends just on my mood and things. I like looking at everything. Things grow on me and it really varies and I just keep my eyes and ears open and enjoy.

So your design work must be quite subconscious? A lot of stuff coming up that you’ve seen?

It is but then there’s something that I do which is one of my strengths which is editing. So I’ll come up with lots of ideas and then it goes down to a very focused thing.

“If you think about James Dean in the 50s in a pair of jeans and a T-shirt that was the start of sportswear.”

Dover Street market is known for its ground-breaking approach to fashion, especially in terms of retail. How did you approach balancing the commercial aspects of Nike along with your own progressive ideas?

It’s a conversation between you and the brand. Knowing what Adrian likes and Ray likes, and that little bit of fucked-up-ness which works well in the space. I love coming here, you just want to buy everything. The space works for everything and that’s why I think it’s really good.

Do you have a favourite floor?

I mean I always go downstairs first. And then I hover around on the first and second floors.