Despite everything we know about WWII, one aspect that has been largely concealed is the wide spread drug usage within the Nazi regime.
In his spellbinding new book, Blitzed, Norman Ohler takes a comprehensive look at how the Third Reich exploited various drugs to keep its military high and alert.
We learn that Germany was not only the first country to manafacture cocaine and heroin, but at one point had its own housewives and military “hopped up” on pills to cope with the stress. Does this explain the mad ideology that defines the period? Perhaps not, says Ohler, but it makes for a fascinating insight into one of the most disturbing eras in modern history. We sat down with author Norman Ohler to discuss the role of drugs in Nazi Germany.

Can you tell us about Hitler’s personal drug use?

Hitler had a personal physician called Theodore Morell who was obliged to note exactly what he gave Hitler. Every day in the evening he would write down how he administered the drugs and he enjoyed writing so he describes very vividly which room he was in, and how one time the train they were on had to be stopped because he couldn’t give the injection while the train was rattling. He writes down exactly the dosage and the drugs he administered.
Hitler’s drug consumption can be divided into three phases. It starts off quite harmless in 1936 when he meets Morell. Morell was already a doctor for celebrities in Berlin. He was giving vitamin shots to actresses and sportspeople. He did the same with Hitler and Hitler really enjoyed it. Apparently if you get a really high dosage of certain vitamins into your veins you feel elevated, and of course you don’t get sick. From 1936 to 41 Hitler had hundreds of vitamin injections. Whenever he sneezed he’d call Morell and get a shot of vitamins. So he became used to the injections and to feeling well immediately. 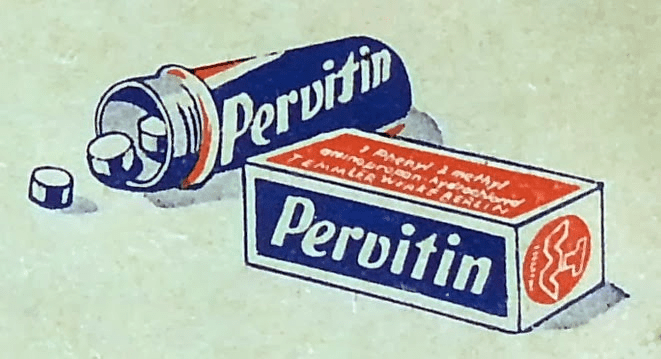 Phase two starts in August 1941 when the war against Russia turns very difficult. Hitler got sick with what they called the Russian fever. He had a high fever and diarrhoea, and couldn’t go to the military briefings. He demanded for Morell to make him immediately able to function and so Morell then started to give him steroids. From 1941 to 43 Hitler demanded more and more steroids and hormones. Morell actually manufactured them himself. He had a lab in occupied Bohemia. Hitler was using that all the way to the end, but in 1943 phase three started.

He started using eukodal, which is a synthetic opiate now known as oxycodone. It’s the pharmacological cousin of heroin and has a very strong euphoric component. William Burroughs also used it and said, “Eukodol is like a combination of junk and Cocaine. Trust the Germans to concoct some really evil shit.” This was Hitler’s favourite drug.

How were these drugs even accepted in German society?

In Blitzed I make an effort of explaining why the teutonic societies actually are a drugs society from the start. In 1805 morphine was found, extracted from poppy seeds by a German chemist and that was kind of the foundation of the pharmaceutical industry in Germany. So the pharmaceutical industry played a very large role in the German economy. If you look at the 20s most of the cocaine that the world was using was being processed in Germany. The German company Merck had the patent on cocaine. The German company Bayer which also produced aspirin had the patent on heroin. There was a chemist working for Bayer who developed both aspirin and heroin within ten days. So most of the drugs we know today had German patents at one time, or were even German inventions.

LSD was Swiss though I think?

Yes LSD was Swiss and was not used by the Nazis. Nazis were not keen on psychedelics. Methamphetamine actually closes your mind rather than opening it. The Nazis were actually one of the first, if not the first government to impose a strict war on drugs. When they came into power in 1933 drug users had a bad time and some of the first concentration camp inmates were drug users. Cocaine was considered a Jewish degenerate substance which had to be pushed out of society. The People’s Party had to be clean of all toxins and this included drugs, and Jews, and gypsies. When pervitin was developed it was not considered a drug, it was just like taking an aspirin. Only later did the secretary of health realise that this was actually a drug, because people were becoming dependent on it, they were building a tolerance and using more and more. He put it under the opium law in 1941 and made it illegal.

Can you explain what pervitin is?

Methamphetamine was turned into a product in Berlin in 1937, patented as pervitin by a company called Temmler. They put out pills which contained three milligrams of methamphetamine. These tubes are still floating around in Berlin now from the old days and my actually friend tried them and said they’re still working.

“It helped people to cope with the stress of living in a dictatorship.”

Some curious side products came out. There were these infamous crystal meth chocolates which contained 13 milligrams of methamphetamine in each little piece of chocolate, which is quite a lot. They were only on the market for a couple of months before it was realised that they were too strong. I think German housewives overdosed on them. In 1938 a man called professor Ranker discovered that pervitin was a popular product and this was of some significance because  he was responsible for improving the performance of the soldiers  He found that pervitin was the perfect drug for soldiers. He realised that pervitin lets you sleep less.

So how prevalent was crystal meth and these types of drugs in the Nazi regime?

Towards the end of the war the navy developed mini submarines. They wanted them to go up the Thames even and torpedo the big British and American ships, because the big German ships had all been sunk by then. So these new mini submarines had to operate for five days and five nights, so they were doing experiments with drug combinations of eukodal, pervitin and cocaine in one pill. They wanted to see if someone could be in combat for five days and five nights without resting. They tested that on concentration camp inmates at Sachsenhausen. They had ten different drug combinations that they tested on camp inmates who had to walk for 20 hours on end with heavy rucksacks on their backs. They decided on a very strong cocaine chewing gum as an ideal drug for those in the submarines.

When I started researching I began to realise it was everywhere, in civil society, in all different parts of the military, and in high command. I was looking through archives in the United States and I read about the capture of one of the highest ranked commanders, Kleist was his name. It was just a small clip in the Washington Post that said he’d been seized by American military police sometime in May of 1945. He was seized at his home and in his drawer were 20,000 tablets of eukodal.

“It was a methamphetamine based military.”

So the big question is, looking back on that period, so you think that drugs played a role in the insanity of the Nazis and inciting the behaviour that led to this systematic ethnic cleansing?

Actually I think the insanity was there before. If you study the Nazi movement, even before they all took drugs it was totally insane. They did experiments on human beings even before, they didn’t need to take drugs, it was their evil ideology. But the drugs played a certain role in kind of keeping up that insanity for such a long time. You can see with Hitler, who did not take drugs to begin with and had already decided to exterminate the Jews when sober, he was using drugs at a moment when the whole world was about to beat. Hitler was using drugs later on in the war to keep his delusional state. 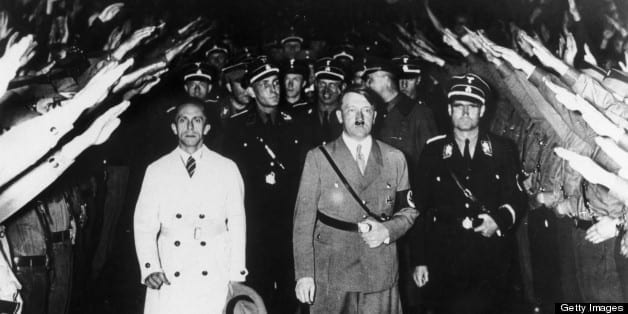 Why don’t we all know about drugs and the Nazis?

There have been publications about this before by military historians. But there’s never been a serious comprehensive work on this. I also discovered things that had not been discovered before because I really looked deep and wanted to discover everything there was to find. I think in general the war on drugs that the Nazis initiated worked in a way because drugs were quite a normal aspect of German life in the 1920s. It was a cultural phenomenon. It was a very liberal culture, often called the golden 20s. So the Nazis were really very successful at exterminating drugs from the consciousness, and that lingers on now with the war on drugs.

I really think historians were afraid to touch the subject for a long time. Even a few decades ago, maybe this book wouldn’t have been possible, because people were more scared of dealing with the topic and maybe they thought this might be excusing something. I don’t think my book excuses anything, but it deconstructs some myths that still linger about Hitler. I don’t think the guilt that the Nazis put on themselves is diminished if you look at their drug abuse, but I could imagine that historians, especially in Germany found it very difficult to look at the subject for that reason.

Did you come across any other governments that used substances within their militaries?

Germany was the first modern society that used a modern drug like methamphetamine on a large scale. The Nazis were pioneers in that respect but other armies have copied them like the Brits. Drugs and war go back a long time.

Blitzed: Drugs in Nazi Germany by Norman Ohler is out now on Penguin