Even before Cecilie Bahnsen debuted her first collection at Copenhagen Fashion Week in 2016, she had already gathered an impressive list of credentials, like interning for John Galliano in Paris and completing her education at the Royal College of Art in London. Now she is pioneering a new wave of Scandinavian fashion from her base in Denmark’s capital.

Her signature look is characterised by a romantic and feminine aesthetic, reminiscent of the celebrated Australian film from the 1970s ‘Picnic at Hanging Rock’, and she cites Sofia Coppola as one of the main inspirations behind her creations. With a strong sense of Scandinavian minimalism and an eye for tradition and detail, her collections are capturing the interest of audiences worldwide.

The brand is currently stocked in 42 stores around the globe, including Dover Street Market in London, and is growing rapidly. Denmark may already dominate the design world, but with Bahnsen at the forefront, it may be set to take over the fashion industry too. Hers is a name you’ll be hearing a lot more of. 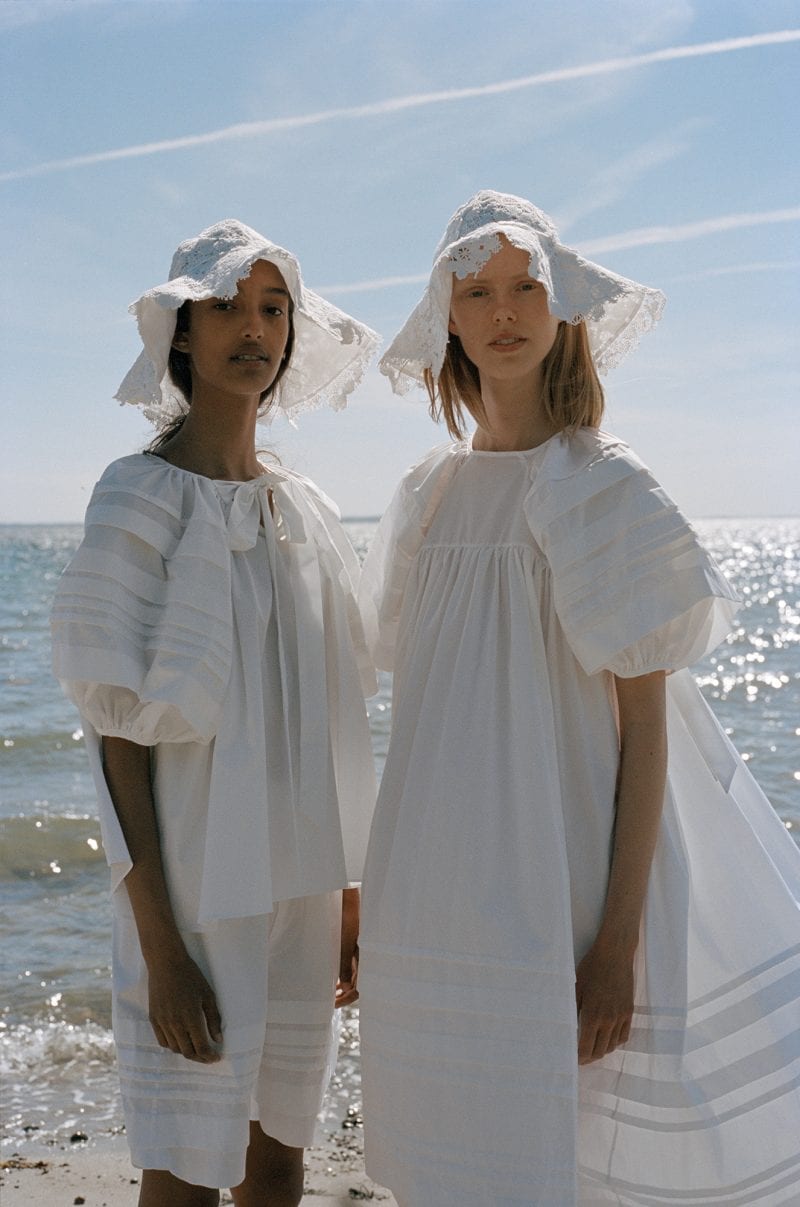 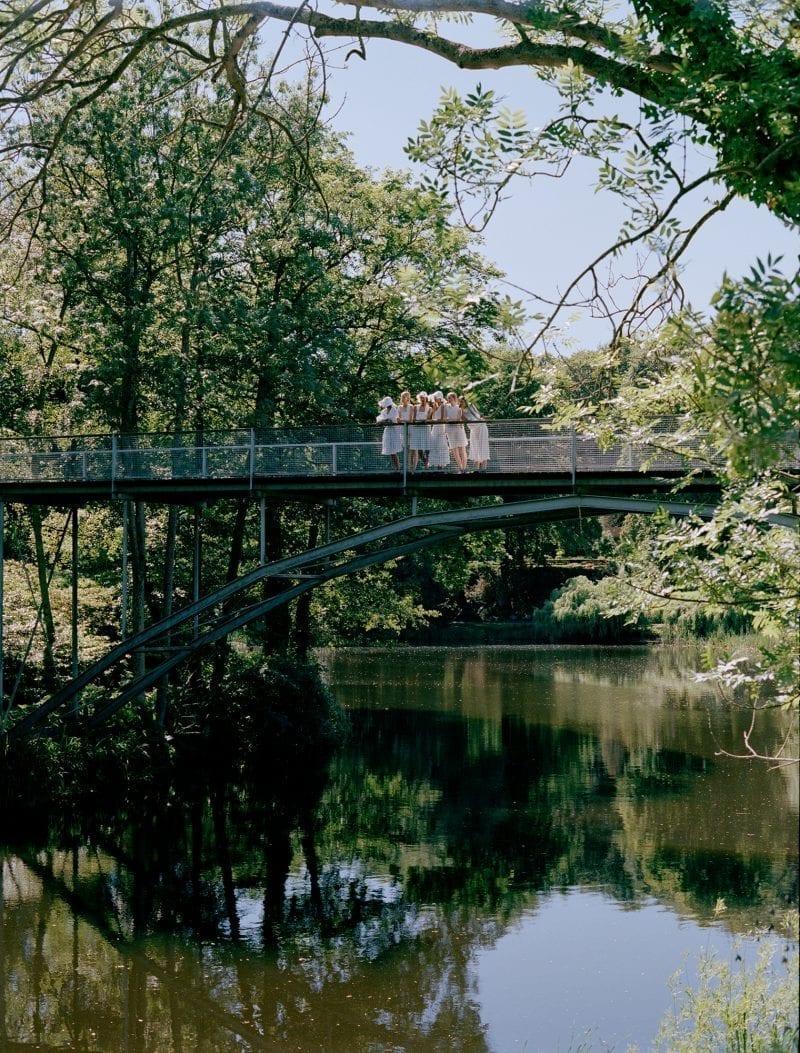 I think there’s a very playful attitude in the clothes, but I also picked up some very interesting elements that I’m wondering if you could comment on? I’m getting religious overtones from communities like the Amish, there also seems to be a balance between the conservative and orthodox, but also this very open fragility at the same time.

The very first show collection I did was inspired by Catholic schoolboy uniforms.

Yes, they were wearing these black dresses with white collars, so it was a feminine cross-dressing reference. Coming from Denmark where there are no rules about what you wear whatsoever, not even in Kindergarten or in school or anything, means I’ve never grown up with a uniform.

So then living in London and seeing the Royal Colours walking through Hyde Park, there was this big impact of the uniforms and how people wear them and put them together, and I think that has very much stood with me.

“I have a night-gown obsession.”

Even though you’re saying there are the schoolboys, I’m still getting these religious overtones from the 18th century or 19th century? Was there a particular theme that you were interested in because it goes back to most of your clothes?

Yes, and I have a night-gown obsession. I like that it’s not feminine or masculine. It’s a shirt but it has ruffles and it has details. I’m very meticulous, and when it comes to my time, I’m very controlling. And you can also see I don’t very often mix colours.

That was my next question. Your colours feel very separate.

I really want to have this story and it always works as a whole. So I think there’s also something a little bit obsessive in this detail and that’s what I like of that period, that you can never have too many details.

And I always have one piece in the collection, like last season we had this bow dress. I don’t even know how many bows it had on it. I think we tied 2000 metres of bows to put on this tube dress. It was really silly but for me, that was like meditation. I need to have this piece every collection where I just go in the details and while working on that detail a lot of the other ideas start to fall into place. 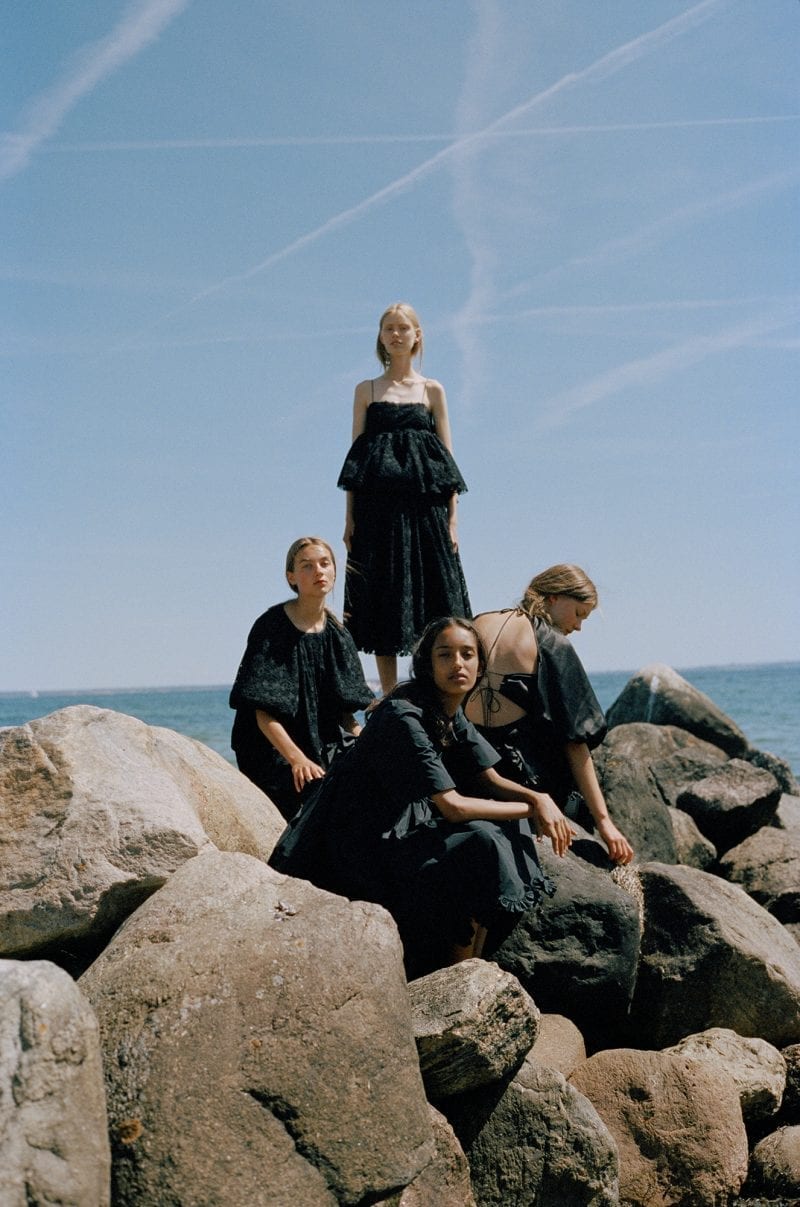 I think it is that I worked both in London and in Paris, and there’s that super romantic, super detailed inspiration I’ve got from there, playing against the Scandinavian minimalism. Like the total focus on craftsmanship. For example, we have Arne Jacobsen and Werner and all these people who are known for really good furniture but actually, they weren’t designers they were craftsmen.

You’ve talked about the fact that you shouldn’t be afraid to say the word femininity because in this day and age it’s being pushed aside a little bit and we seem to be embracing a kind of neutral. Why is that?

For me it’s about creating clothes that women feel comfortable and strong and independent in and that’s also why for me it’s so touching to see how people put it together and how it’s interpreted, and that’s just as important as how the show comes together.

But I do think that there is this power of being a woman designing for women and knowing what you feel great in and what you feel comfortable in and making a dress that you want to throw on for a party and you also want to wear just on a Monday.

“For me it’s about creating clothes that women feel comfortable and strong and independent in.”

We’re having this moment right now where Scandinavia is taking over all our furniture and all our fashion. Are you embracing that moment or is there a sense that you’re writing your own story?

It’s a combination definitely. It was important for me, coming from London, I wanted to give something back when I moved back to Copenhagen. And I felt that when I moved back, there wasn’t really a brand that focused on the craftsmanship and the heritage that we have.

And that was really important for me to shield that and to do a high-level product where you can also allow yourself to work in a sustainable and considerate way, and spend the time with the factories and everything. And I wanted to try and do that in a different way.

What’s the kind of response that you’re getting in the marketplace? What are people saying?

I think what is so lovely at the moment is that we have girls from 16 to 70 who are buying the dresses and for me, social media has been so nice as you see people tagging you when they’re wearing it.

There’s a definite trademark look that you have, and that’s becoming apparent, but it’s also following itself through a lot of the collections like you know that that is Cecilie’s work. So are you finding the pressure to come up with something?

Yes. We’re finding both the pressure to grow the collection, which is inspiring pressure, but also as a small brand, so it’s challenging to grow the offerings. 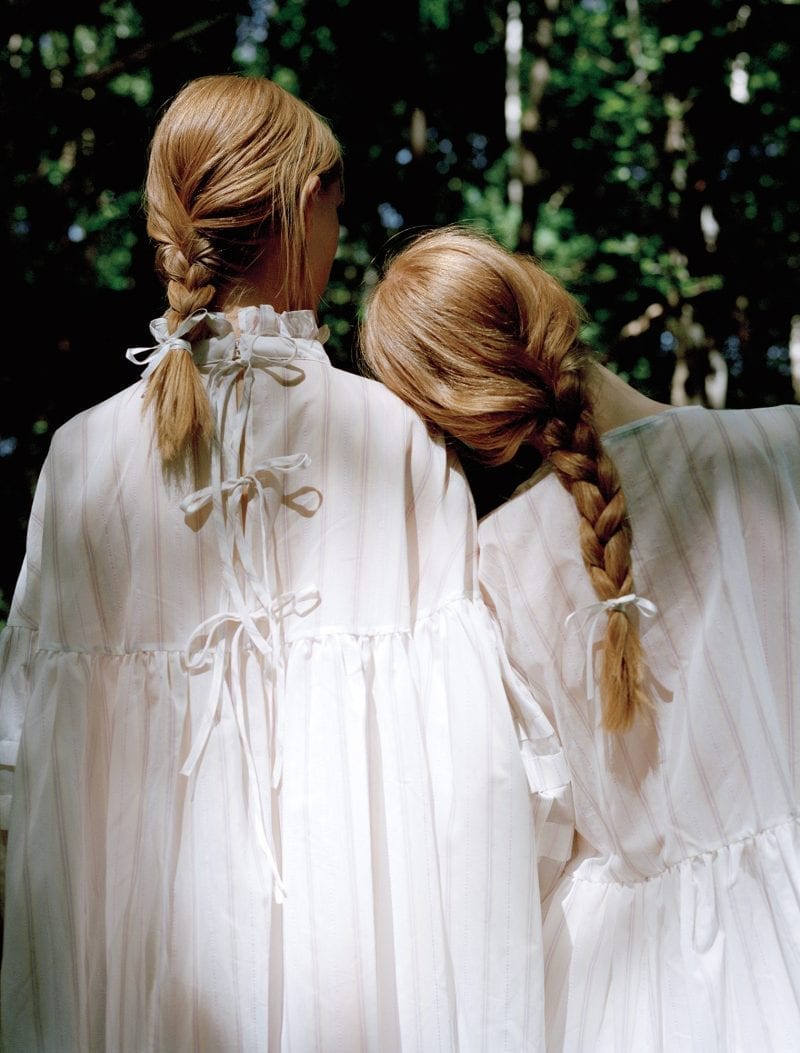 But you need to draw inspiration, so where are you getting that from?

My biggest luxury when I take time out is swimming.  In the summer our studio is by the sea and for me, that’s that rush and where you get the fresh head, and you can turn things on its head.

I also love the Design Museum which is amazing in Copenhagen. They have the archive of Danish design going back in history, looking at some of the old sketches and how they put colours together or even historical textiles like quilting.

So it’s always this modern/historical inspiration that I draw from. I have a really big love for libraries. I also like to visit them when we go on holidays. There’s just something about when you’re researching and you pull out a book that you hadn’t expected, but that one is the one that has a picture in it.

And then I just get this slightest scent of medieval magic in the clothes as well.

I think there is a cult element.

What do you mean by the cult?

At the moment I really love these Japanese pictures of several Japanese girls shot from really far away, and as they get closer to you, you see them as individuals, but far away they are just one.  I like the idea of a group of people, like a gang of girl power, and a sense of unison. 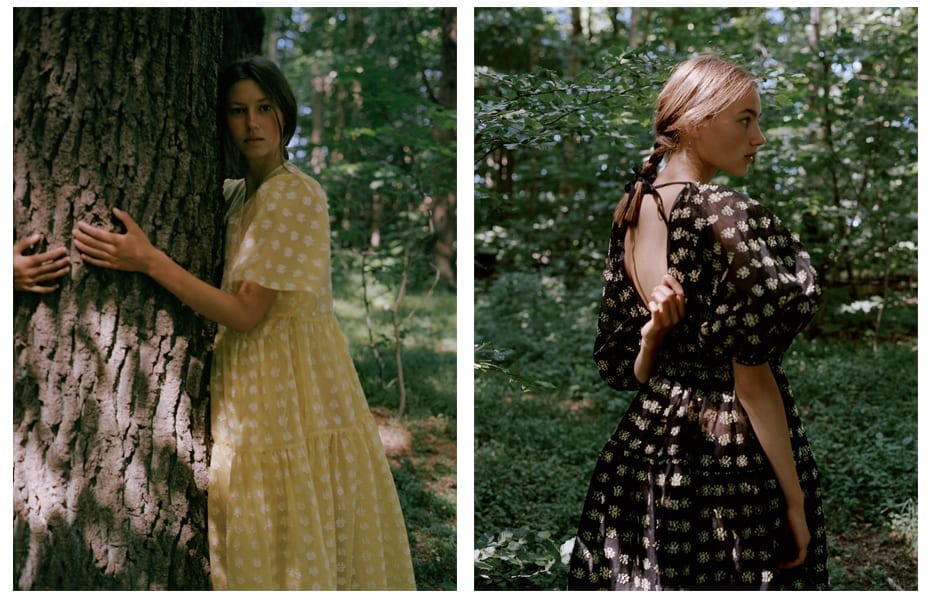 So you have three or four women at a dinner table, who’s sitting with you?

I guess Sofia Coppola. And the singer from The XX (Romy Madley Croft). I really love The XX, and they were the music from the first show, and that’s what we listen to in the studio. And then probably a close friend, to ground me and to make me feel comfortable, and someone who knows me.

I’m not someone who necessarily has someone who I really need to dress. It’s much more for me about the design and the craftsmanship. I guess I’m maybe a bit of a nerd in that way.

“I have a really big love for libraries.”

So lastly, if you could give us a book that you’re reading, a record and a film, that would be fun.

I think like everybody else I’ve been totally swept away by ‘Call Me By Your Name’ this season and listening to the soundtrack has been such a pleasure.

And then for a book, it’s a very long time since I’ve had time to actually read a book but embarrassingly enough I like a good crime book, but I guess that’s my Film Noir Scandinavian thing.