He is the brains behind the organisations GetUp! Avaaz, and Purpose, which have helped change the way we think about social activism in the 21st century. Activist/entrepreneur Jeremy Heimans spends a lot of time thinking about the changing face of power in the digital age.

There is no doubt that igniting a movement is a lot easier than it used to be. Metoo, the Arab Spring and even Black Lives Matter, exploiting the tools of technology to empower and invite momentum has become just that little bit easier.

Jeremy Heimans picks apart this very concept and what it means in today’s changing society in his new book ‘New Power’, co-written by Henry Timms. We sat down with Heimans to discuss the differences between old institutions of power and the current landscape, the impact technology and innovation has had on emerging social movements and what he thinks the future of power will look like, and how to navigate it. 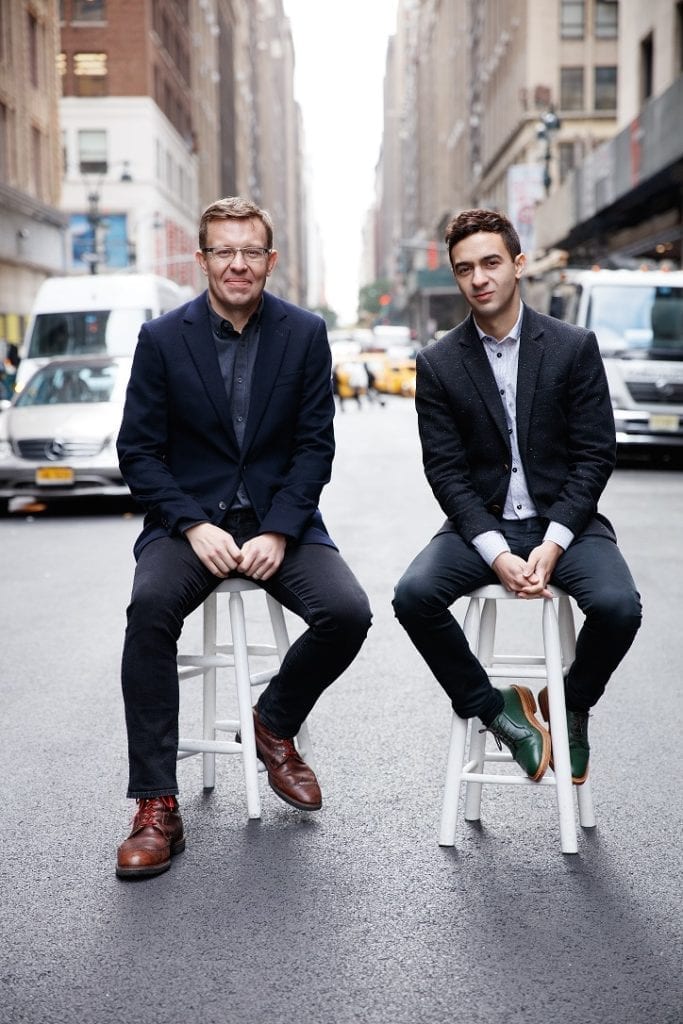 The underlying premise is that there is a paradigm shift and that the old architecture is being dismantled and new power has come to the fore.

You talk about Black Lives Matter, the Me Too movement and even to some extent the Arab Spring. These are revolutionary movements that have emerged because of technology and the acceleration of change.

Our argument is not quite that new power is supplanting old power. It’s very easy to look at the book superficially and say we’re just cheerleaders for new power but we’re intentionally not.

Our argument is that today, figuring out how to channel this energy on the crowd in these new ways, the pay offs of that are just much higher than they were. It’s easier to do it, you can do it at a speed, a scale and with a density that you couldn’t do it 20 years ago.

“Our argument is that today, figuring out how to channel this energy on the crowd in these new ways, the payoffs of that are just much higher than they were.”

To do what though?

To use the crowd essentially to achieve your goals. Remember what Bertrand Russell defines power as, he just says the ability to produce your intended effects, right? So, all we’re really saying is, you can think about two ways to get things done.

And then there’s another way to get things done which is can you figure out how to harness and mobilise the energy of these connected crowds that are now such a big dynamic. The Me Too movement et al. but also businesses that are using those dynamics.

But what’s the difference with what’s happening now? The pace has got faster. Other than that, there’s no real difference to revolutionaries coalescing and gathering people in squares a hundred years ago.

I think there’s a material difference. Our argument is not that there’s anything new about movements, movements to a point have been around for zillions of years. Our argument is what does that kind of power look like in the early 21st century? And it looks different.

You think about the Me Too movement. You could not have had something like that a hundred years ago. The speed of it enables all of these changes in norms. The density of it and how it spreads geographically. You have this global movement that topples a bunch of giants, that changes people’s individual level of behaviour, unfolding very quickly at a very large scale.

And the point that we make in the book is people’s sense of their own ability to shape the world around them and their appetite to participate, that’s what’s changed. And those things have always been there but they’re now really supercharged.

But one could be sceptical and say these movements haven’t necessarily produced any material change. For example, in Silicon Valley, you’ve got four or five companies that basically monopolise change and technology.

No totally, these are actually big themes in the book. One of the themes is that new power dynamics are being co-opted by extractive activists. So Facebook is the great example. We call Facebook in the book a ‘participation farmer’. We’re all participating but Facebook is the farmer and they’re extracting the value of that participation. So it’s possible to feel both a greater sense of agency and also to be less powerful. And in many ways, that’s the fate of our world.

So is this sitting within an idealistic framework or is anyone exposed to this?

Our argument is that these are neutral concepts. So good people and bad people can use them. Donald Trump has mastered some of these new power techniques. Reddit was actually one of the ways he did that.
Taking those young white men on Reddit and 4Chan who have all this creativity with their little competitions to out-meme each other, and then retweeting them creating this symbiotic relationship with them. That’s a great example of someone who gets how to use that aspect of new power.

So we’re not idealists. In fact, we would say that the battle of the future, the next 30 or 40 years is going to be shaped by who figures out how to do this best.

Where does power sit within the current framework where there’s essentially three alpha-males – Trump, Putin and Xi Jinping – who run the world right now?

With Trump and Xi Jinping there is this strong man model that is emerging, we call it in the book the ‘Platform Strong Man’. He has the appeal and the allure of the strong man, so the individual charismatic personality and the sense that they’re there to fix everything, but they are also giving way more agency to their crowd.

So I don’t think it’s as simple as saying power is dissolving or the notion of what is being powerful is changing. That is true, but I think what you’re seeing is this hybrid model that takes the benefits of new power and of old power and is being used as an instrument of control, that is very different to the traditional authoritarian model. And so Xi and Trump have a lot more in common than you would think in that respect.

Putin is interesting as he is actually a more traditional authoritarian in many ways. Where he uses new power is not at home but abroad. So Putin is like old power at home, new power abroad.

‘New Power: How It’s Changing the 21st Century – and Why You Need to Know’ by Henry Timms and Jeremy Heimans is published by Macmillan (£20).