I was never curious enough about Frank Herbert’s cosmic sci-fi trilogy, Dune, to go out and read it. However, I knew of its tumultuous past, which was enough to make this the first film I would go and see in the cinemas for almost two years.

Dune has always elicited a cult status,  cited as one of George Lucas’ original inspirations for Star Wars; it is a film considered cursed by many. David Lynch’s verdict on his own attempt in 1984 was ‘a tragic failure’,  then the great Chilean director Alejandro Jodorowsky and Ridley Scott both abandoned it in a blaze.

If you know the premise of Dune, then this review won’t be a spoiler – otherwise, look away; the film trails the young duke Paul Atreides’ (played by Timothy Chalamet), who rises to an almost holy leadership of the strategically valuable planet Arrakis.  On Arrakis, the commodity Spice is so sacred and valuable that the evil empire run by the Harkonnens go to vast lengths, including interplanetary war, to monopolise and exploit it.

Frank Herbert was penning this enormous eco-cosmic drama from his small apartment in Portland, Oregon, back in 1965, a small-time journalist apparently Herbert wrote the book on psychedelics, took inspiration for the premise by looking out his window at the receding dunes in Oregon and when no one else wanted to publish this book, almost broke and destitute, an auto publication manufacturer stepped in.

At worse, this is an incredible visual feast, helmed by the Canadian director Denis Villeneuve with a budget of $165 million. On 155 minutes, it has everything, including a Koyaanisqatsi inspired soundtrack led by the audiophile Hans Zimmer, transcendental magic abound and sandworms, oh those sandworms, that trail almost 400 meters long. 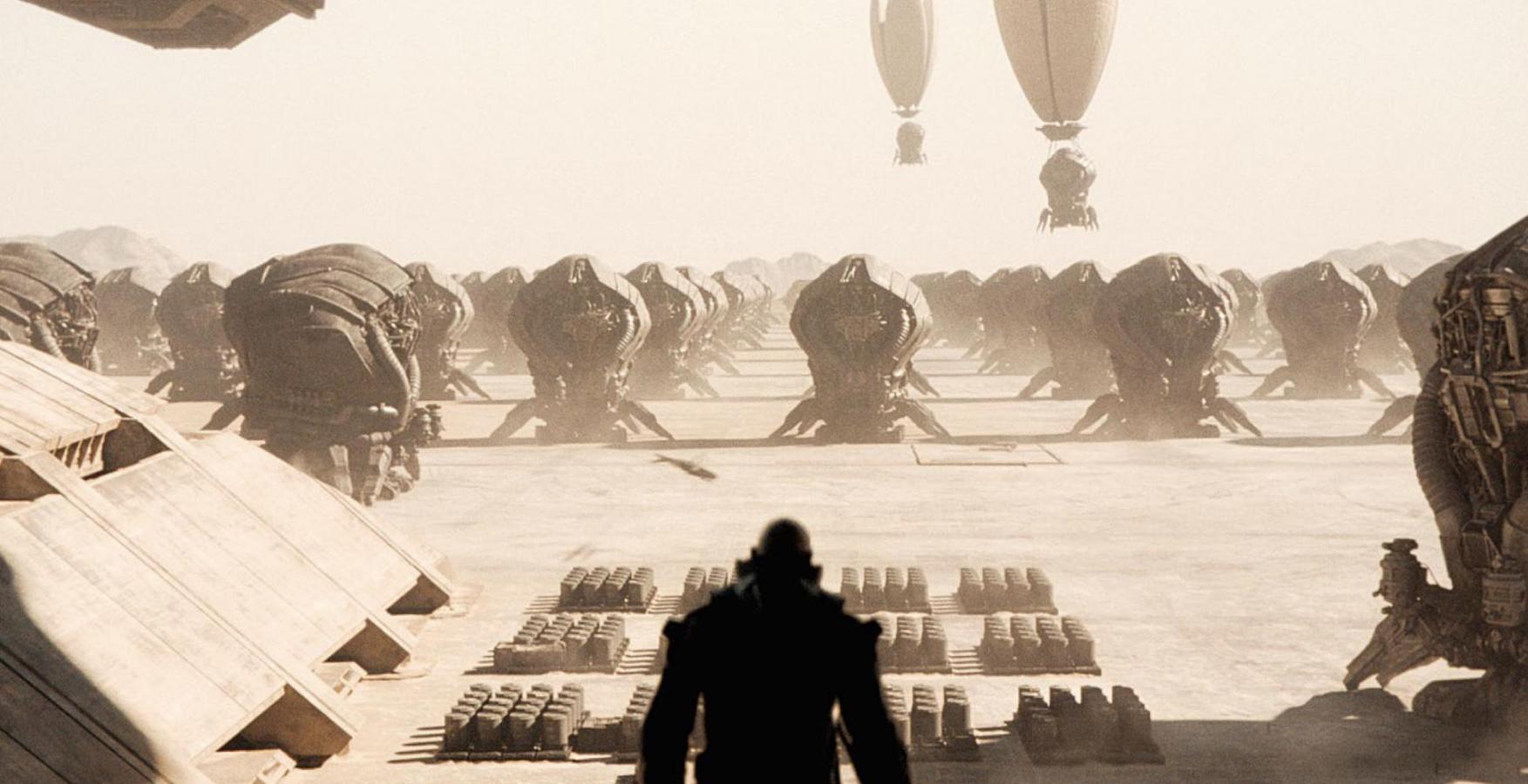 At best, this film is a lesson in where we’re heading, a tale we know all too well. Humans in our current form have been on this planet for almost 200,000 years and managed to turn it into a garbage dump. We are extracting and exploiting every resource we have. This film does an excellent job of reflecting that. It is far more than just a running commentary on today’s ecological suicide. It’s also a running commentary on the dangers of falling for messianic figures and the horrors of colonialism.

Whilst we all fall for the cultish figure Elon Musk, talking of our inalienable human right to go and colonise other planets, Frank Herbert was travelling deep into the future 8,000 years from now from his tiny apartment warning us about our own delusions here on earth.

This film comes at an extraordinary time in the history of our planet; some might call parallels between Dune and our own ecological dystopia frivolous, but it’s hard not to understate the obvious similarities. It’s also about something much deeper, which is realising that we have our own internal compass as a species, and if we choose to ignore it willfully at our own peril, we will suffer the consequences. Right now, conservative estimates tell us that 80 years from now, the earth will warm around 2.9 degrees – if we do nothing.  That means areas of global flooding within our lifetime.

Then there is the indigenous wisdom embedded deep within the storyline. The Fremen, a desert-dwelling people, possess an ancient knowledge, which puts them in deep harmony with their surroundings—providing them with plentiful solutions that have allowed them to co-exist in the harshest of atmospheres for centuries. But to many, they are seen as expendable. Sound familiar?

When asked about the parallels between this film and the environment at the Venice Film Festival where it premiered, Denis Villeneuve had this to say:

Is the Canadian director Denis Villeneuve the greatest screen visionary of our time? Christopher Nolan might have something to say about that. But it’s hard not to argue; Denis’ magic is in interpreting complex political and socio-cultural themes and simplifying them on screen for us to absorb. First, there was the Ted Chiang adapted Arrival, then BladeRunner 2049 and now this. He’s able to move things at what feels like a slow sensual pace but demands your upright focus every inch of the way. There is just nowhere else to look.

This blockbuster is intended for a global audience who want their salty and sweet popcorn and a good time after sitting indoors for years. I don’t blame them.
But this is also a film that has something significant to say, written 55 years ago and re-written in 2021. The message is clear. Let’s take care of the place we’re in; let’s listen to each other and acknowledge our responsibility. Power and corruption will do nothing but destroy us.

Dune is out in the UK and US on the 22nd of October.